I have an interior scene with a window opening, a portal light in the window and an area light acting as sun light. I want to achieve this dramatic cinematic feeling without interior spot lights apart from the kitchen counter light. I know its hard to properly denoise these kind of scenes and im very new to blender (i have a modo and vray background)... I keep getting this blotchy shadows and i cant get rid of them nor de noise, i used to have a hdri to iluminate my scene but i changed it to an area light with no improvement, i started with 1024 samples and now im on 9000+ samples with no aparent improvement... render time is crazy high and the result is the same. Im trying to get Optix denoising to work on my gtx 1070 on a custom build i found online with no luck 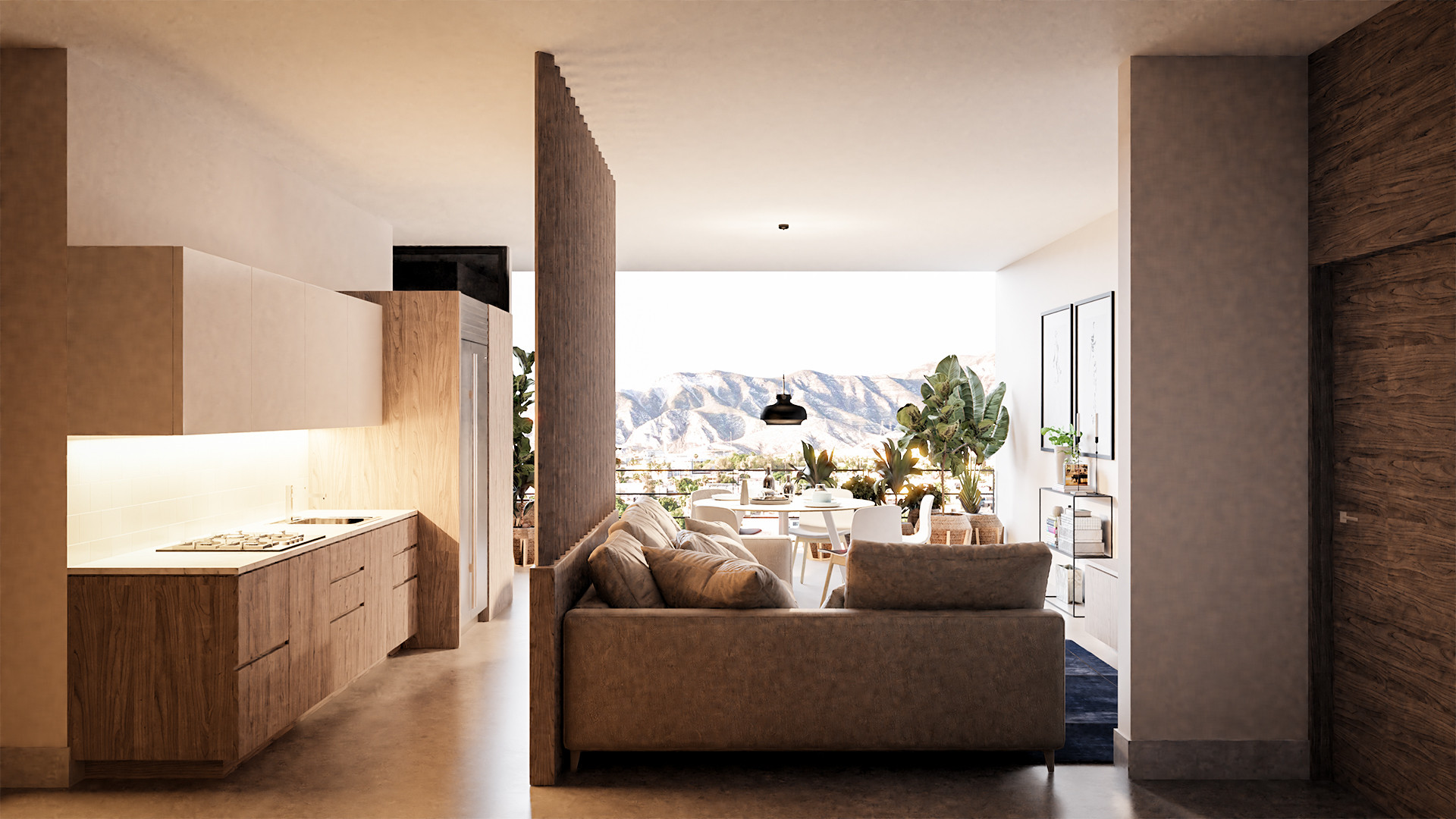 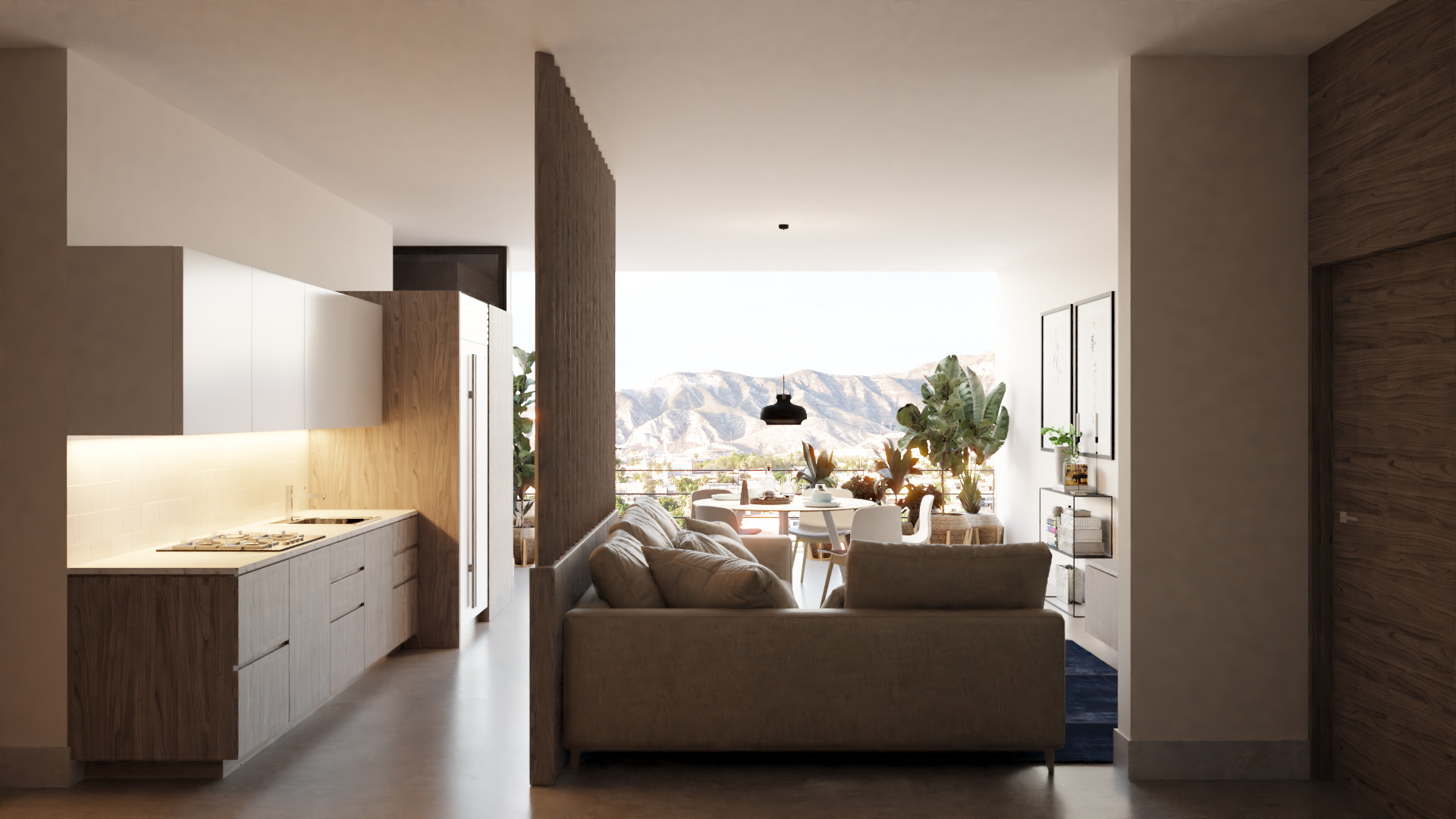 This is how to use Intel Optix Denoise node in compositor.

Basically instead of using the Blender denoiser, using this node allows you to denoise a scene using low samples, and without creating splotchy/dark areas.

Downsides? This node may cause blurring in some areas, when used with very low samples.

This image is with regular denoising, rendered at 4 samples (to show effect): 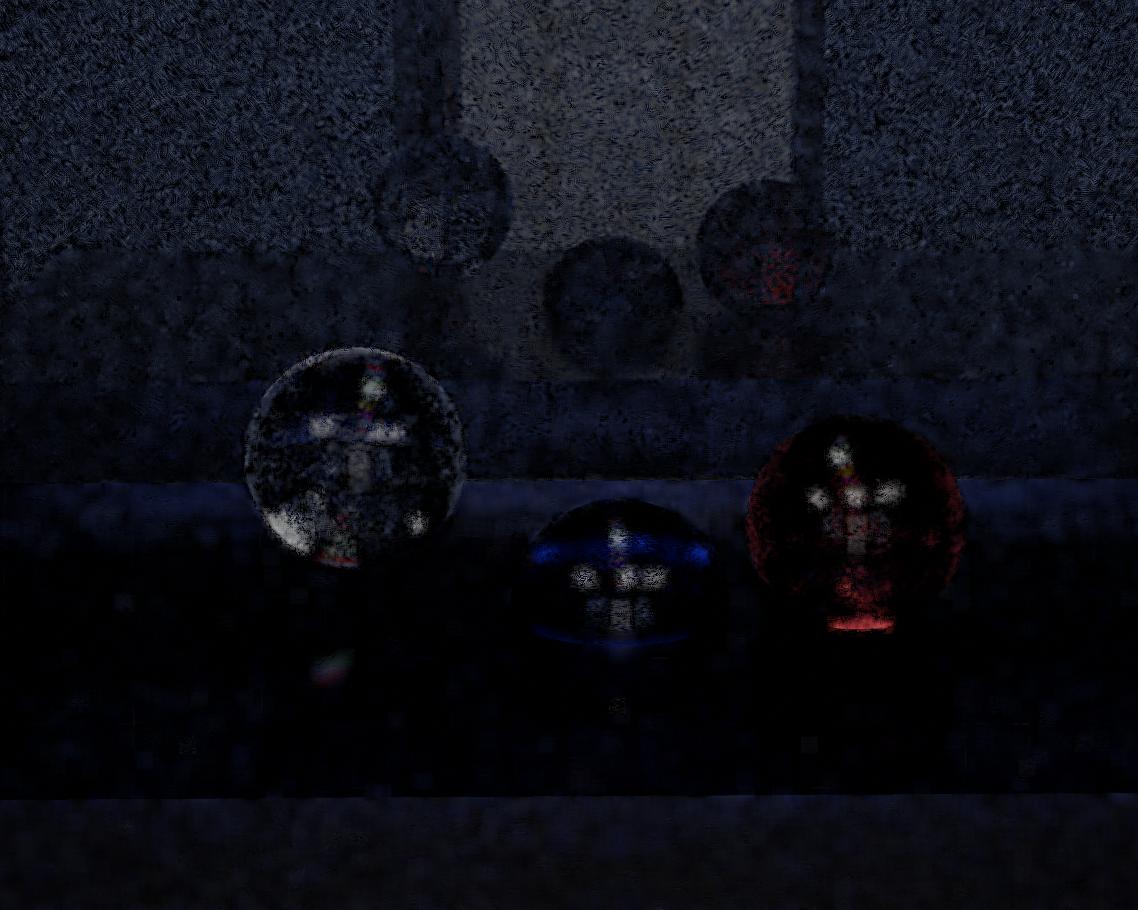 This is the same scene, but using the denoise node in the compositor to denoise: 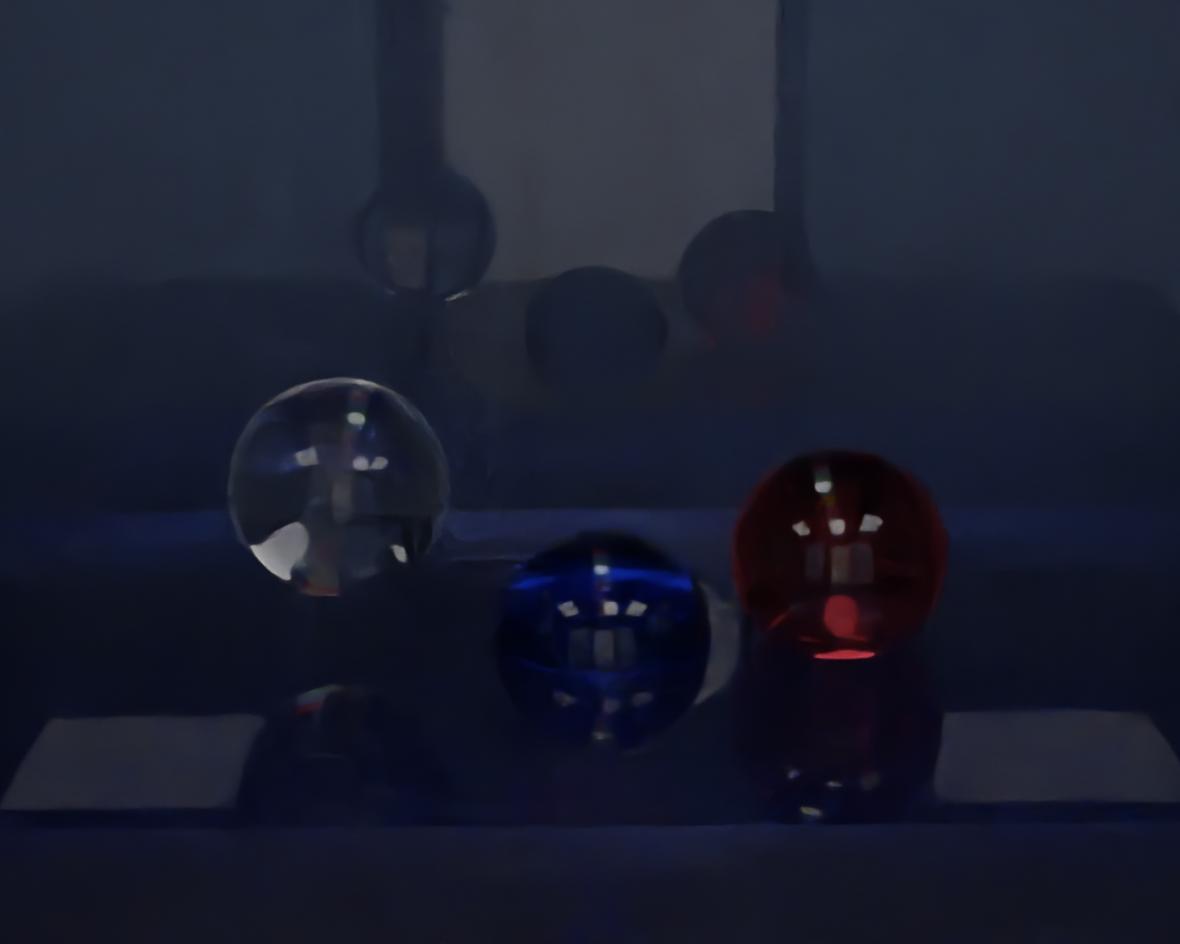 This is the original image without any denoising: 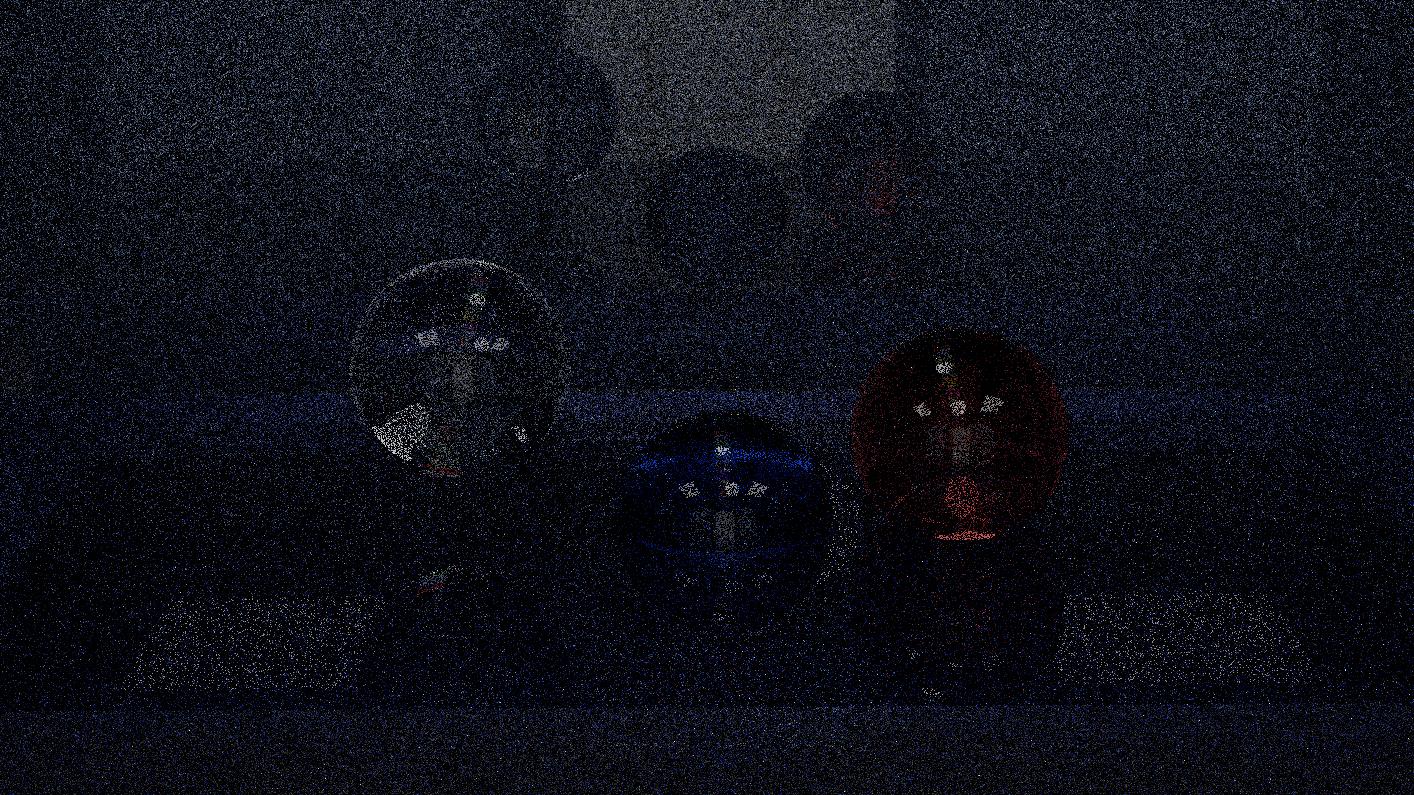 As you can see, it has a major effect on render times, and denoises well, but it can be blurry on very low quality renders.

You can enable this node by going to the compositor, and clicking "use nodes". Then add the denoise node between the image node and the output node. (You can press Shft+A to pull up a search menu for the node). A simple connection between the image points should do the trick:

If that is too smooth, you can try connecting the image node to both the image and albedo points on the denoise node: 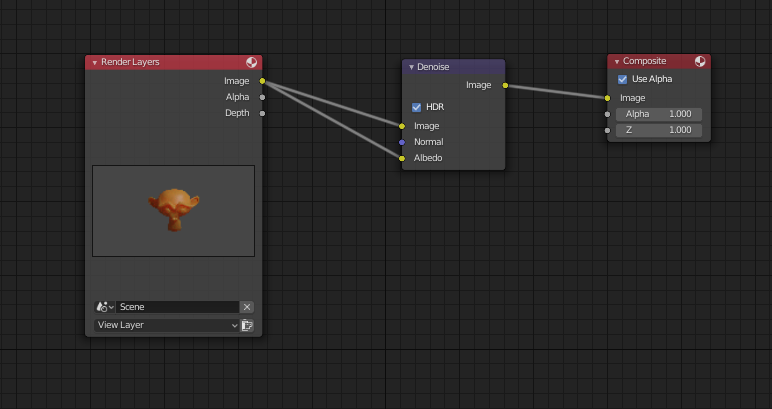 The node runs on your CPU, so there should be no reason why you can't get it to work.

For more info about connecting the denoise node, see this post: How to properly connect the Denoise node in Compositor?

Not the answer you're looking for? Browse other questions tagged cycles-render-engine shadows denoise or ask your own question.

7
How to properly connect the Denoise node in Compositor?