my fingers are bending weirdly, what did I do wrong?

I rigged my character with rigify. I use the scale of the drawbars to make them fold, but they fold in strange directions. The pinky folds backwards, and it's like the first hinge of the fingers doesn't fold (only the 2 last phalanx)

Can I fix this? Or do I have to delete my bones and redo from scratch? I guess it's about the orientation of the bones before I made the parenting but I'm not sure what rule I should follow...

Thanks for the help

The bones on the pinky and the ring finger appear to be rolled slightly. This can be caused by excessively rotating or grabbing the bones in those fingers. Because some widgets rely on the local transformations of the bones (especially high-level widgets to control bone-synchronized movements like grabbing, walking, and bending), they can be easily affected by their roll.

To illustrate, I added a generic wolf metarig to an empty scene and generated its rig. The third bone in the tail will be used as an example of how bone rolling affects widgets.

Below is the tail of the metrig, with the third bone in the tail highlighted. No part of the rig was modified. 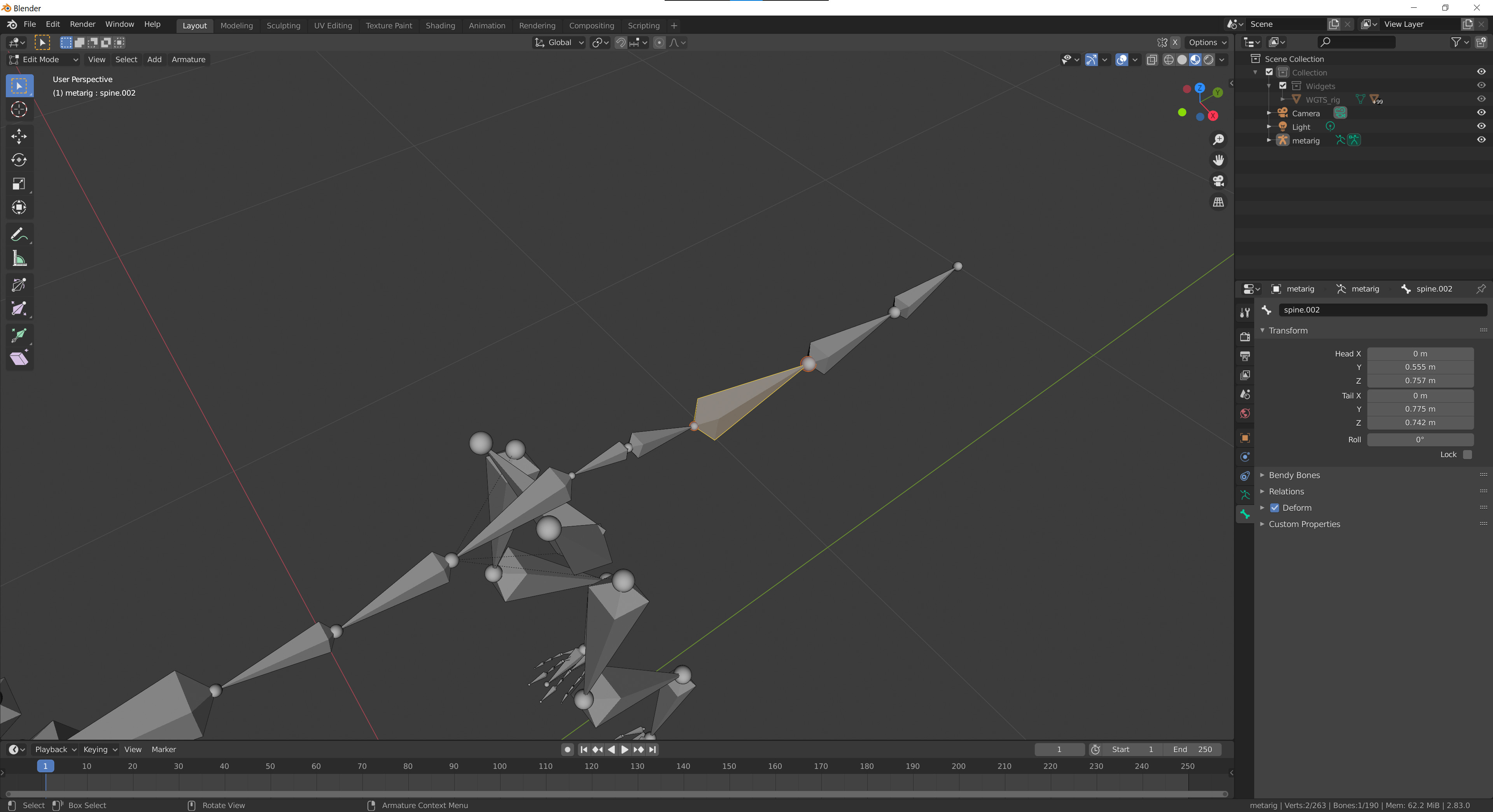 The generated rig still contains a natural bone structure in a wolf's tail after curling the tail by rotating the end widget. 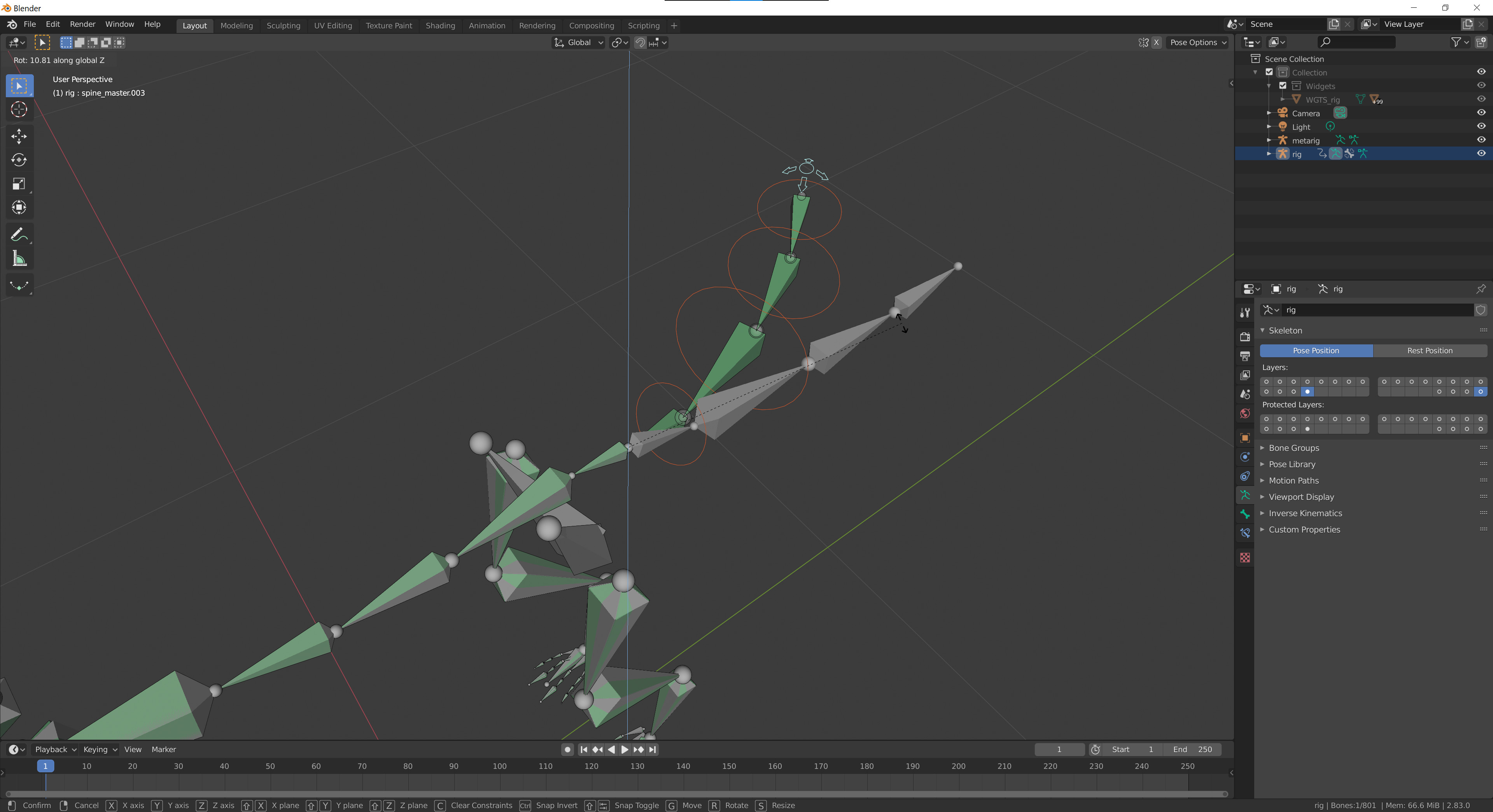 Now, that third tail bone has been rolled by 190 degrees and highlighted in the next image. Nothing else was modified in the process. 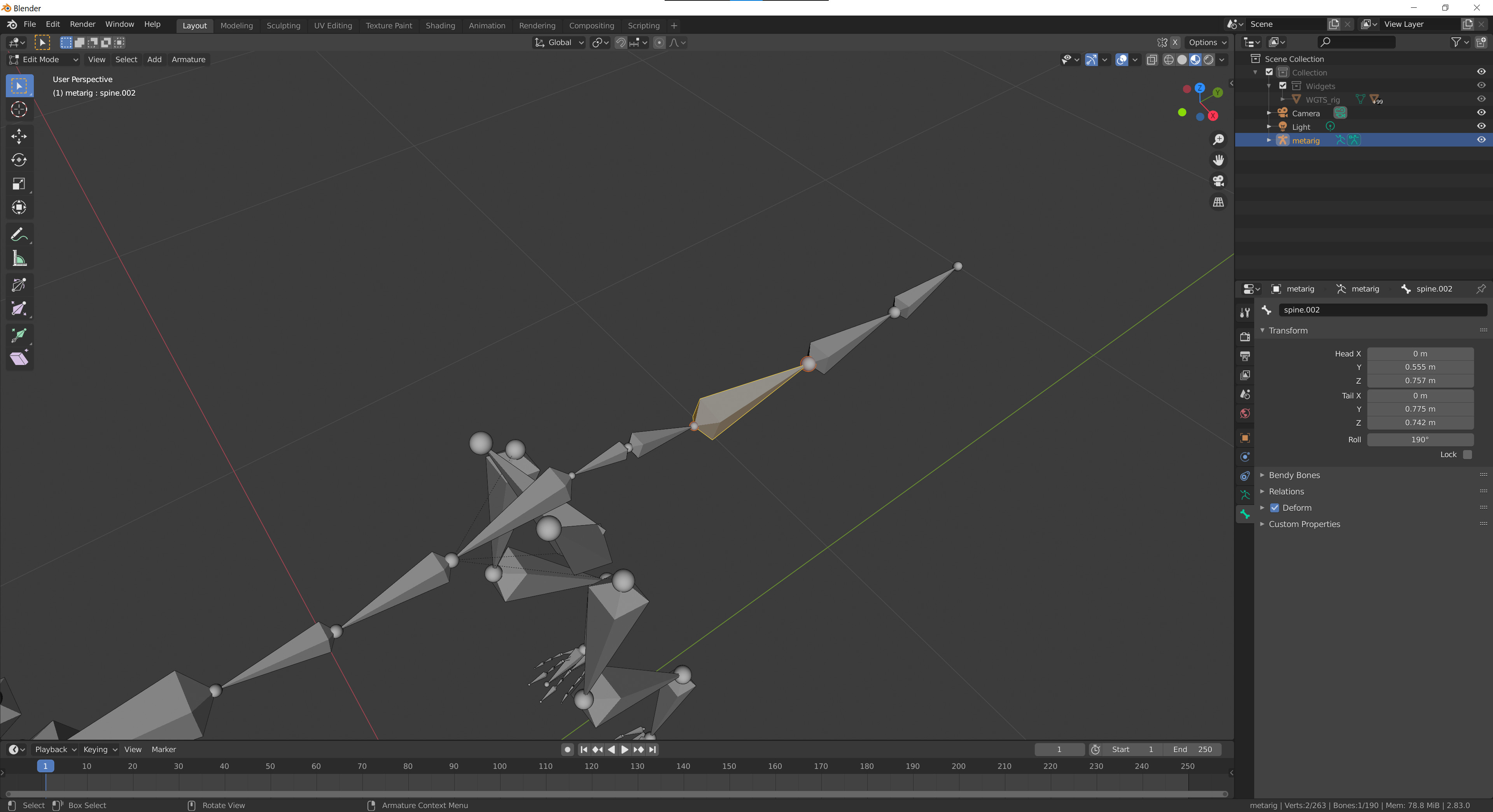 After posing the generated rig, some of the tail widgets are out of tune with the rest of the body, causing the tail to become unnaturally distorted. 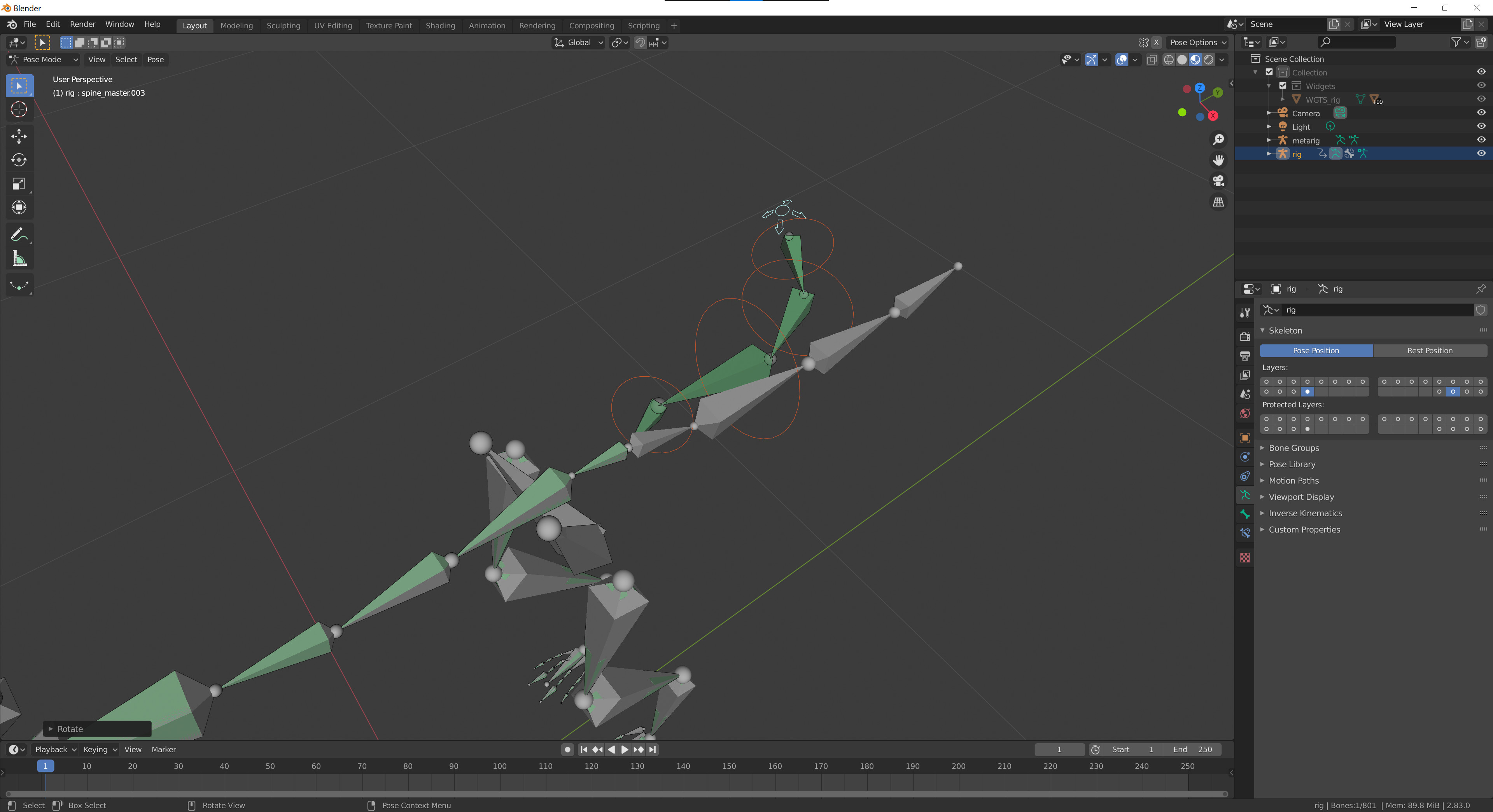 To fix this distortion in your model, I'd compare the roll values of the problematic bones in your metarig to those of the default human metarig. (While it is possible to directly edit the generated rig, I wouldn't suggest doing so because that rig is very complex and contains many hidden bones.) Copying the roll values from the default metarig to your modified metarig should correct the bending motion caused by the rig widget.

Once you are done editing the metarig, tab into object mode and press the "Generate Rig" button in the metarig's Armature settings. This will bring the changes from the metarig into the rig.

For reference, here's a list of each of the metarig's bones in the right ring finger and pinky with their corresponding default roll values:

Not the answer you're looking for? Browse other questions tagged rigging rigify or ask your own question.

5
Strange twisting from multi-chain armature
3
Inverse Kinematics leg/arm rig bending the wrong way
3
Cyclic dependency errors - Rigging problems with stretching
0
Did I rigged the fingers right?
0
MCH eye bone animation plays in Blender, but not in Unity
0
Armature is deforming too much mesh on one side. Rotating hand also rotates foot
0
What did I do wrong here?