How to get a displaced mesh to orient correctly when bending it spherically?

I'm making a planet Earth mesh that includes displaced surface according to a height map. So, I start off subdividing a 2x1y1z plane and displacing the z axis of the vertices according to the non-color of the heightmap. This results in a satisfactory result, having mountains in z>0, and sea depths in z<0. Then I bend the plane spherically by using the (bend) simple deform modifier around an empty object with rotation x=90d for 180 degrees, and for 360 degrees around another empty object that has rotations x=90, z=90. The mesh is curved spherically, but the mountains are "sunk in", i.e. it appears as the ocean depths are the heights, and the land surfaces and mountains are the depths. I've also tried setting the rotation of the empty objects to x=-90 and x=-90, z=-90 respectively, to have the plane bend in the opposite direction, but the result remains the same. I've also tried to bend the plane by -180 and -360 degrees respectively, in both permutations of the empty objects with the same faulty result. 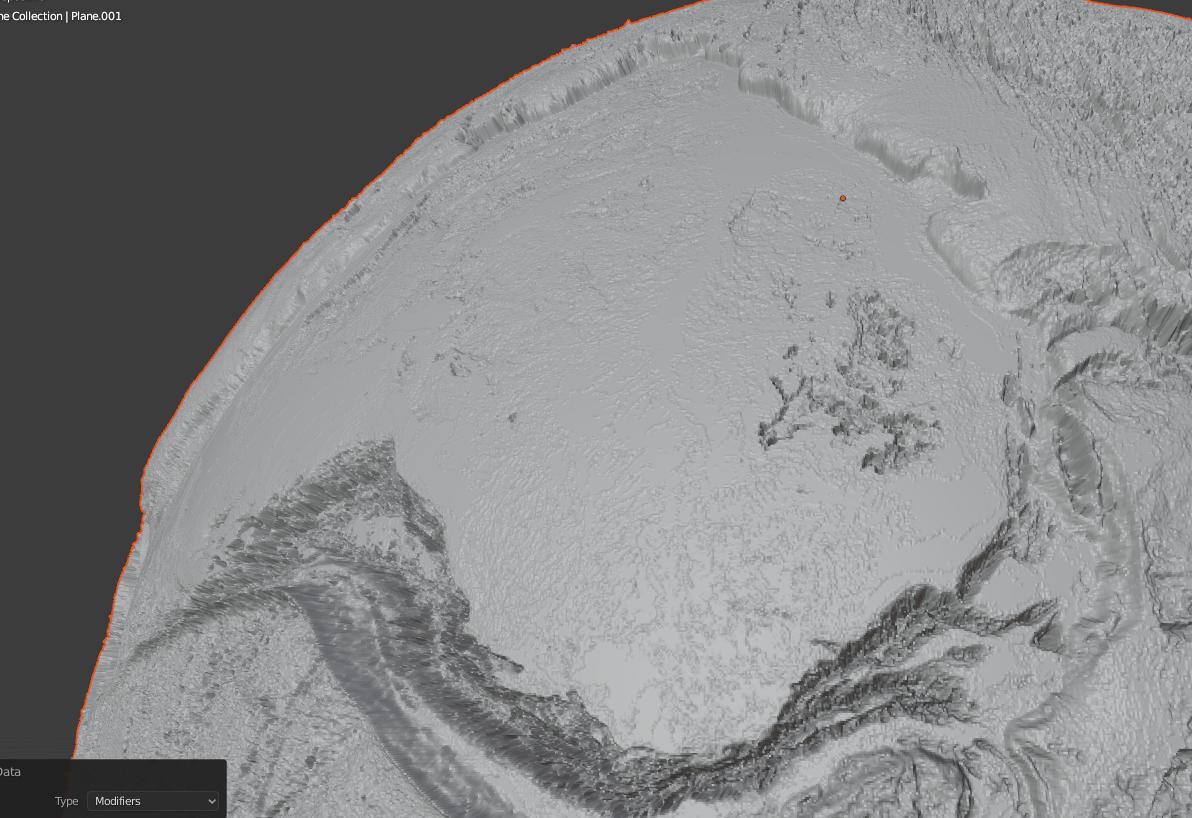 An obvious solution would be to invert the colors of my heightmap, but I'd prefer to figure out where the problem lies first. How can I get my displaced mountains to appear as mountains, i.e. to be further away from the sphere and protrude outwards from the sphere?

Flipping the strength of the displacement modifier did the trick, as pet Robin Betts' recommendation.

Not the answer you're looking for? Browse other questions tagged vertices displacement or ask your own question.

2
Why does my displacement look inverted in Eevee?

4
Head mesh displaced
1
Why does my mesh change when i render it?
0
Displacement node doesn't show up on mesh correctly
0
Mesh pinching when smoothing vertex