I have been recently doing the blender donut tutorial and ran into a problem regarding the sprinkle particles. The particles (hair) keep appearing on the underside of the icing. As seen in the image below, most of the hair particles only come out from the bottom of the icing.

I tried to readjust the normals but I realised the normals were already correct. (Blue colour donut in image)

Someone suggested following through the weight painting part of the tutorial. However, the sprinkles still remain on the underside of the icing.

What is the actual problem and how do I solve this? 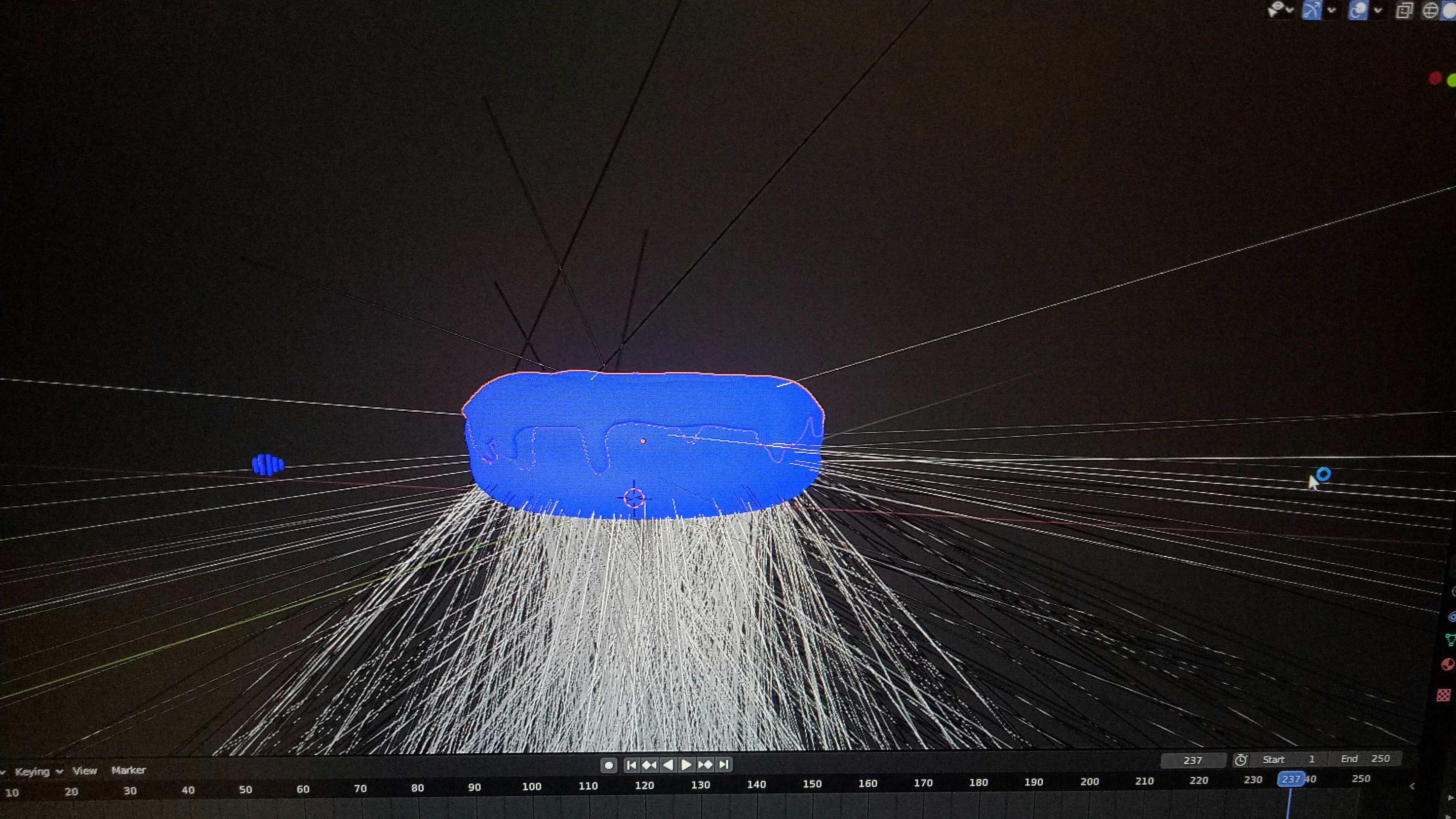 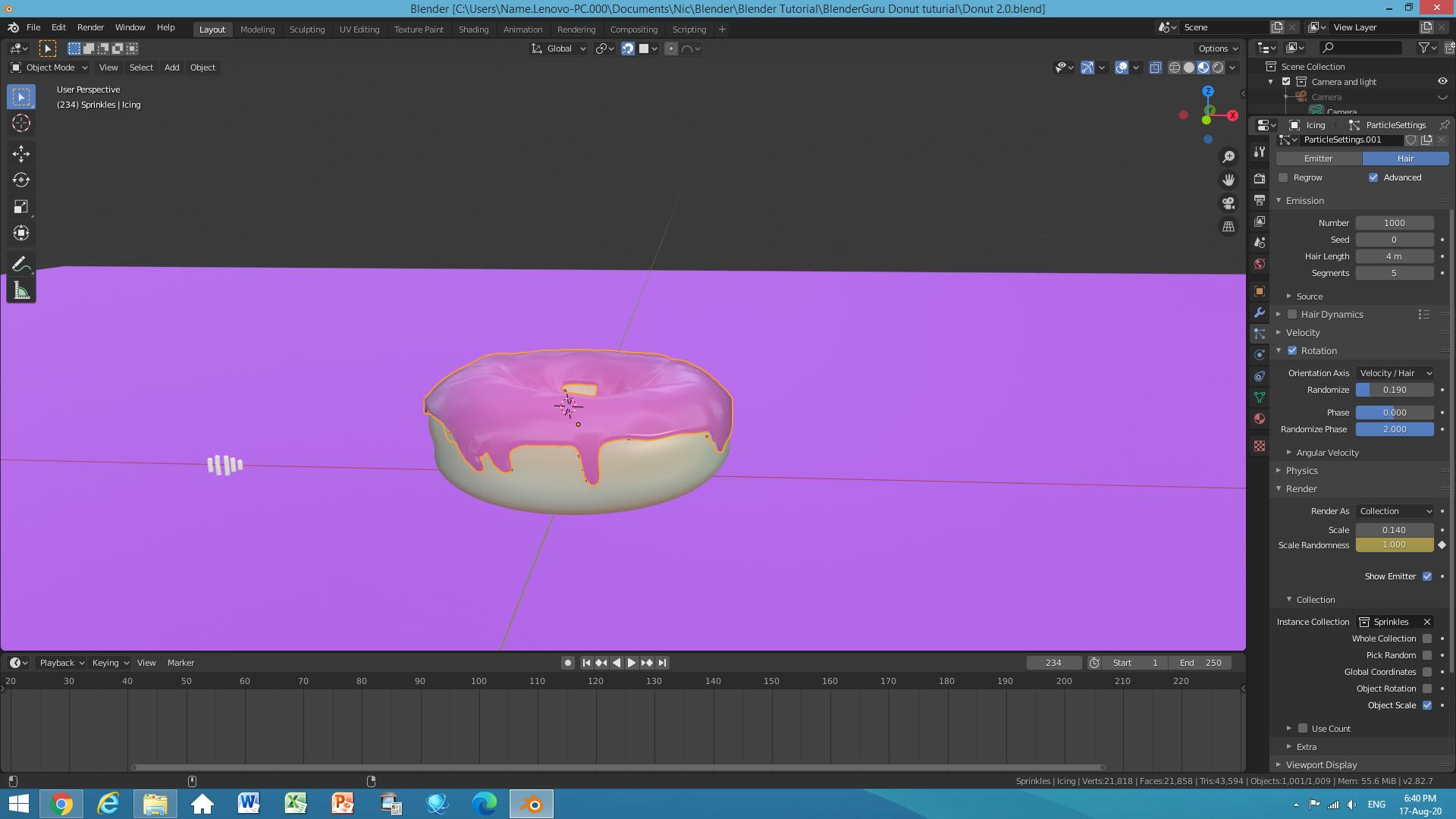 Edit: @moonboots Thanks the hair particle problem has been solved. How do I prevent the submersion of the sprinkle particles? 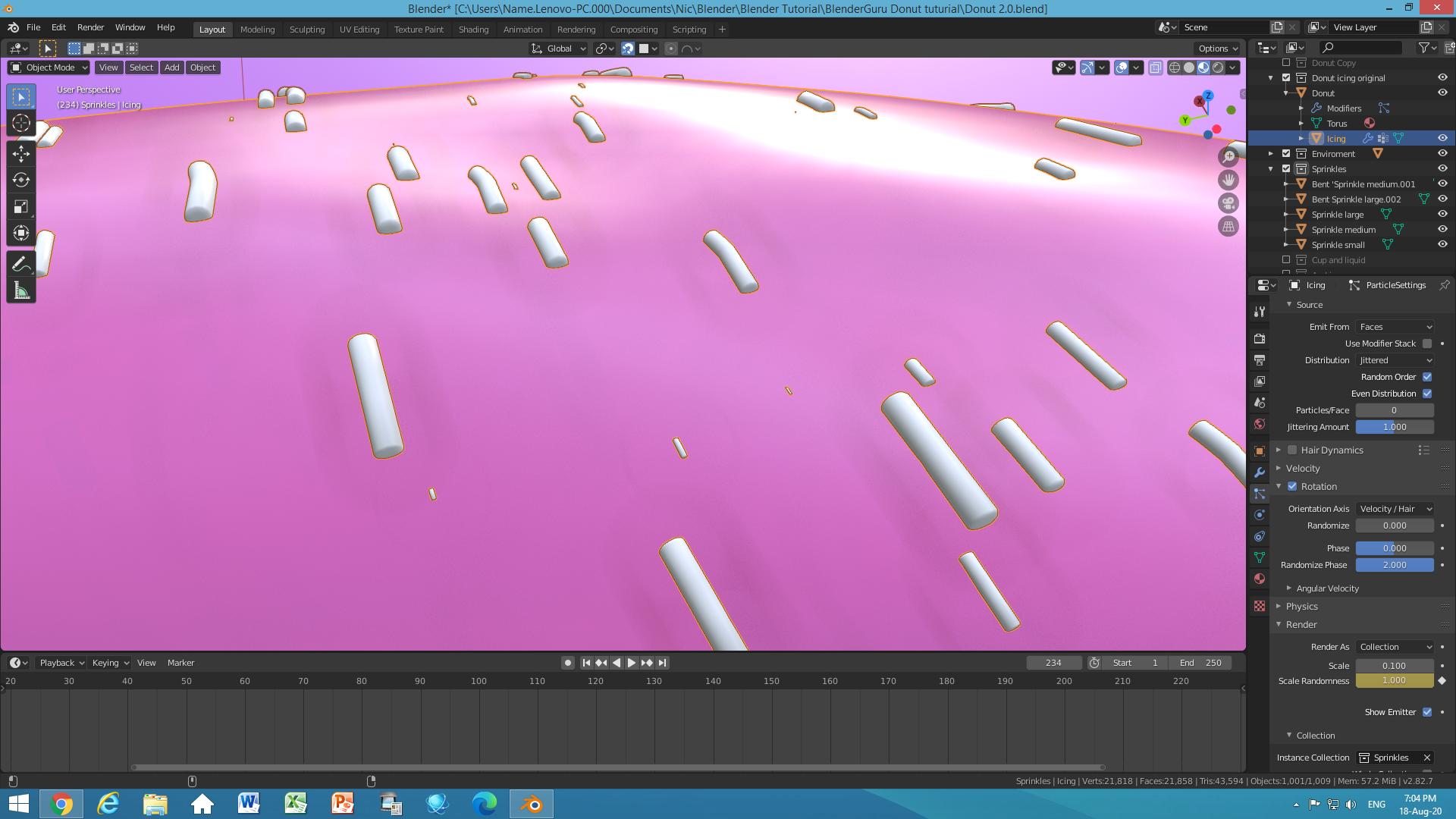 It has to do with the Solidify modifier, I guess if you leave the Solidify on top of the modifiers stack and don't activate the Emission > Source > Use Modifier Stack (which would make the object emit both on bottom and top, it's not what you want) it considers that one side must be the emitting one and not both, and it may not be the one you want. In that case maybe simply flip the normals in Edit mode and the particles will be displayed on the top, or put the Solidify modifier on the top of the modifiers stack

Use Dupli Objects in the Particle System Render settings as it looks like it's Path now.

Lukasz-40sthLukasz-40sth
2,80177 gold badges1414 silver badges2626 bronze badges
$\endgroup$
1
Add a comment  |
0
$\begingroup$
Want to improve this post? Provide detailed answers to this question, including citations and an explanation of why your answer is correct. Answers without enough detail may be edited or deleted.

Check the box Only Rim on the Solidify/Rim settings of the icing.

Not the answer you're looking for? Browse other questions tagged particles weight-painting normals hair or ask your own question.

0
Why are the Hairs of the particle settings under my icing?
0
Problem with Hair Particles in the donut Tutorial

1
Offsetting "hair" particles from their emitting mesh
1
Is there a way to set objects' origin points to be separated from each other at certain distance in Particles System(Hair)?
1
Join particles with parent surface