How to improve boolean modifier on SVG logo [duplicate]

I imported .SVG logo into blender to make it 3D. My idea was extrude different components and then drill the hole by boolean modifier.

Obviously I must be missing something as the boolean draw only edges into other object, but did not make holes. Let see if you could see the issue from the following picture: 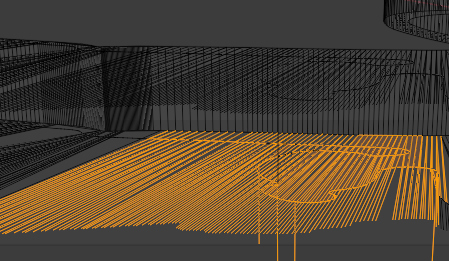 The edges I have selected are from bottom. Inside of those selection you can see the edges coming from boolean modifier. The same is on roof (not selected edges).

Total different question is, why there were few vertexes outside of the object. There were not many <10. The edges to the vertexes are those few going down.

Is there something I could change on this? At first I though this was because I forgot to fill all caps, but that (alt + f) did not solved the issue.

...or is there total different and better way of doing this.

3
Bevel modifier not working on SVG converted to mesh