Is there a node that can separate colors by scale?

Is there a node that can separate colors by scale? I tried separate xyz but it didn't work. 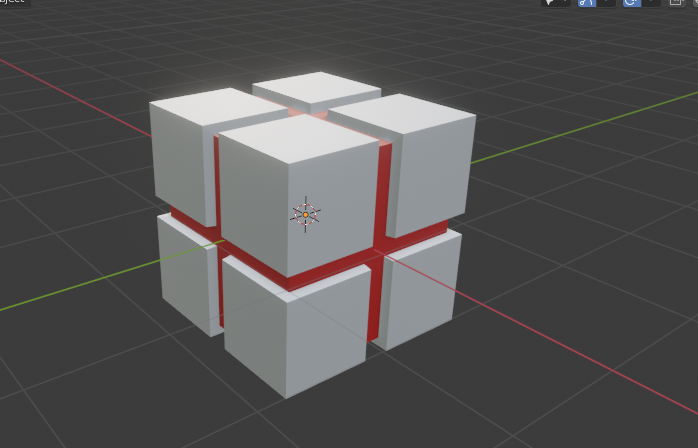 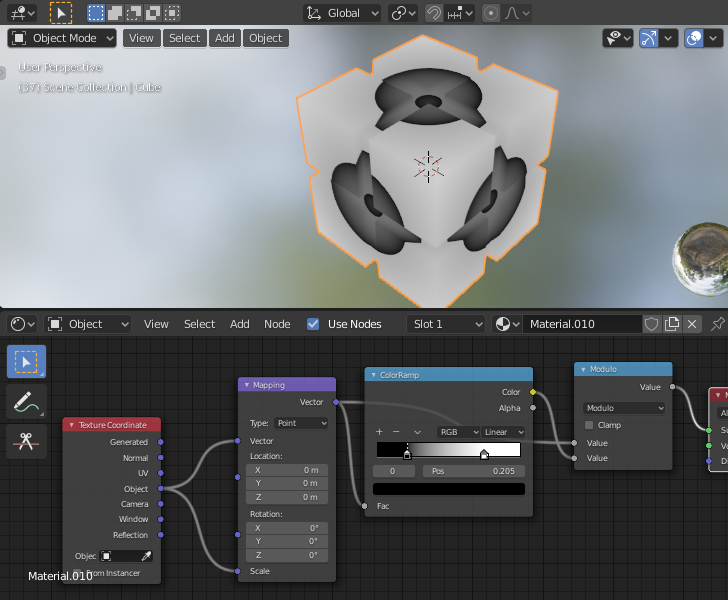 Well, this is one object, shape-keyed, but it has to have 2 materials, because at its fullest expansion, the inner cube has the same dimensions as the outer, so it would take a more elaborate node-tree to discriminate between them.

The inner cube has this material:

The maximum X,Y,Z in Object space gives the 'box-distance' to its surfaces. The outer cube has a radius of 1, the distance would need to be mapped to a different range for cubes of a different object-size. Scaling the lot in Object mode wouldn't do any harm, though.

I still can't be sure this is actually what you want... :) 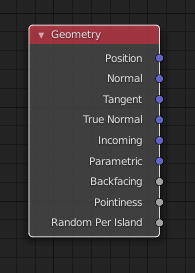 And has a vector output for position. The separate xyz node can be connected to that and it'll isolate the z component of the vector. Then you can use a math node set to greater than and a couple of mixRGB nodes to combine colors.

What's a vector and why does this work?

Vectors are extremely important for anything procedural in blender. Simply, a vector is a combination of 3 components. In this case these components are x, y, and z. A color (having r, g, and b components) can also be considered a vector. The geometry node outputs a vector which maps x, y, and z for every point on the mesh. It's difficult to work with a vector, though, because it's hard to deal with multiple things at once. It's much easier to work with a scalar, or a single component of the vector. The separate x, y, z node separates a position vector into 3 scalars which you can modify with normal math nodes. There's also a vector math node which can be used in this scenario, but it's not as easy to conceptualize.

Here's the whole node setup which outputs a 1 for every point above 0.5 on the z axis: 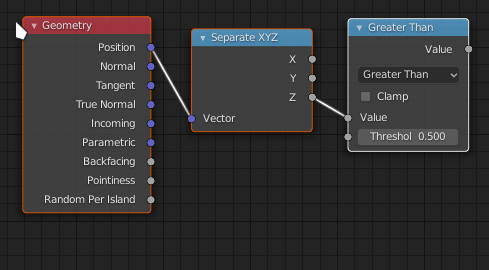 7
How can I use colours to separate texture node treatment?
4
What is the relation between the scale nodes that includes the pixlate node?
1
Is there a way to separate colors from chained mix rgb nodes?
2
Why is my color map gradient (by node xyz value) working for x and y but not z?
1
How can I use the bump node and wave texture node to create ridged spirals around a vase?
3
Is there a way to combine colors in blender?
4
How can I choose randomly from five Mix RGB nodes?