Why is this object black in my scene?

No matter how much light is pointed at the projector screen behind the chair, the object comes out black in the render. It has the same material as everything else. Also why does the door look the way it does with those dark shadows? 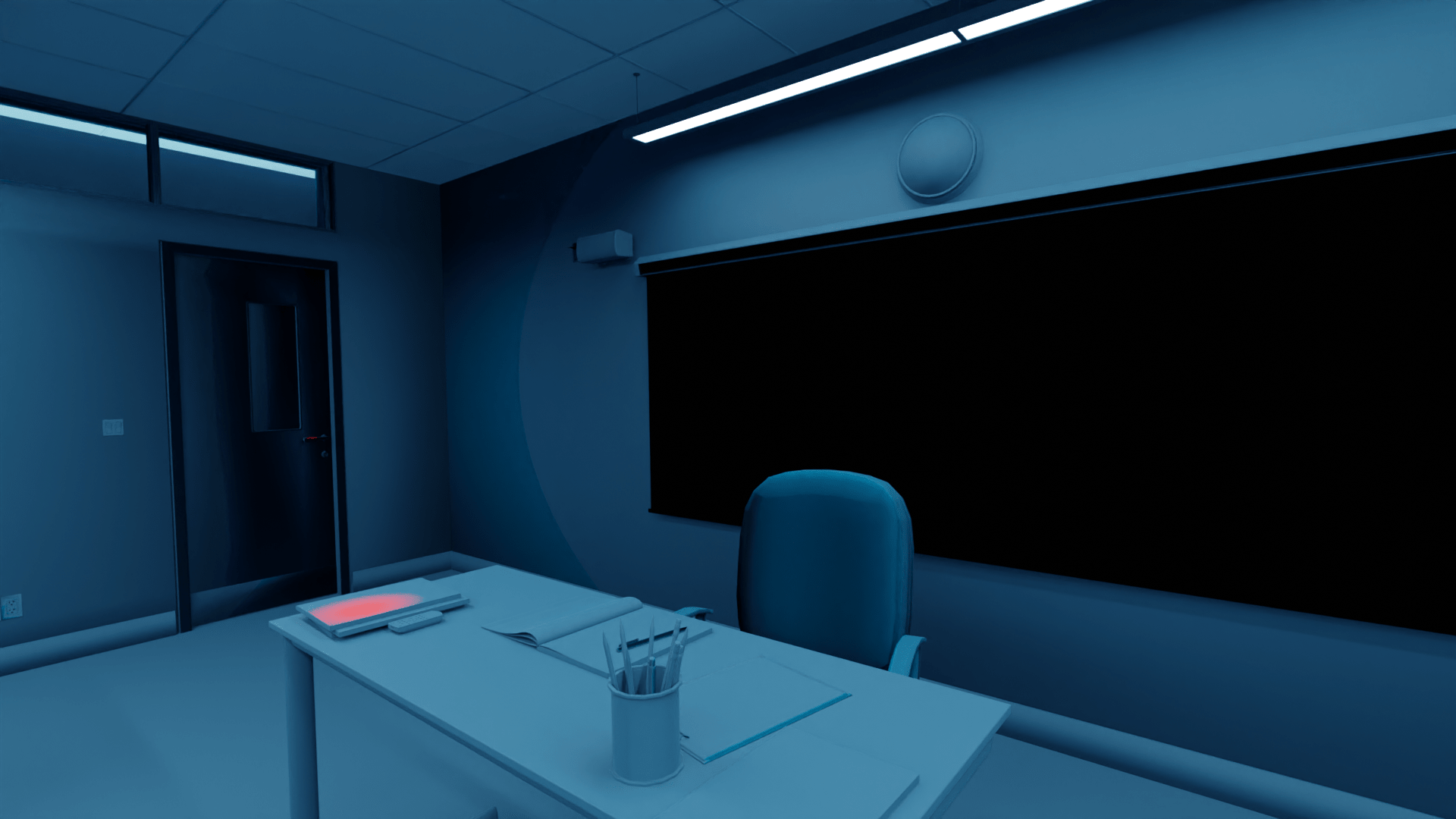 FYI to the moderators, I tried using blend exchange and it wouldn't work.

Okay this took me a bit to figure out. The problem was on the screen_roller object hidden in the viewport, not the Plane.002 object that's overlapping it.
You were right the material is fine! It's identical to the materials used on other objects, and even removing it doesn't change anything. The problem is the normals for the screen are facing the wrong way, so the light doesn't reflect off the surface toward the camera. I fixed this by clearing the custom split normals data: 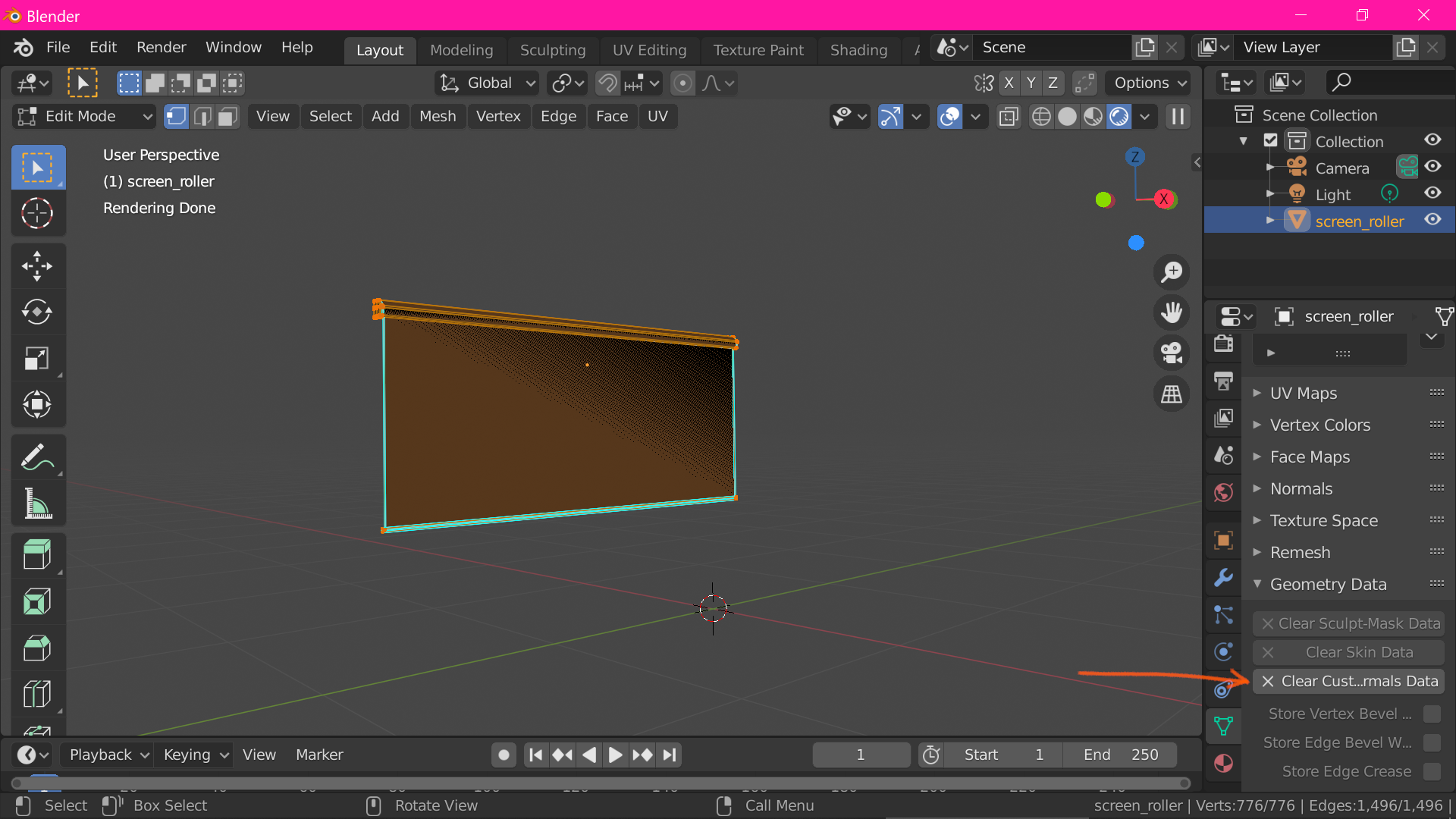 This data was taking priority over anything calculated directly from the geometry. Though if you need the custom normals, you're free to adjust them manually.

[Edit] Oops didn't see you ask about the door! But it looks like it's having the same problem as the screen, just to a lesser extent. Clearing or tweaking the split normals should fix it as well.

Check the face orientation of the object. If it is red, go to edit mode, select all, shift + n
See if that makes a difference.

(Face orientation is in the overlays tab)

Not the answer you're looking for? Browse other questions tagged materials lighting scene or ask your own question.

61
Creating a Black Hole in Blender
5
Object turns dark when using normal map in Cycles
1
Image-based plane light eliminates mesh light
1
Images as Plane with Principled Shader should be less influenced by the environment. Combine with Emission Node?
0
Light effect on window
0
Incorrect lit shadows (shadows too bright and there should be no light)
10
How can I visualize a negative energy source with Blender?