Why does my mesh with a cutout have strange, jagged artifacts in other tools?

Some high school friends and I have been playing an old FPS we used to play, and I've started getting into making maps. I recently dipped my toes into Blender to create some custom models for the game, and a recent project is to reconstruct a simplified version of one side of an Acela train car.

As a starting point, I added and rotated a plane, made a loop cut to make the "bend," then used the Solidify modifier to give it some thickness. 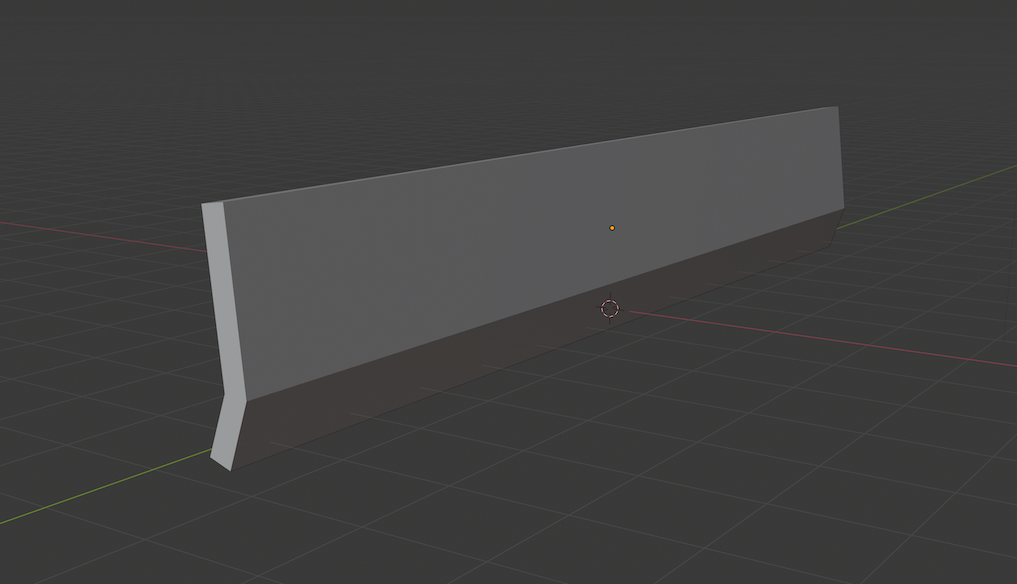 Then I wanted to add a hole for a window, so I created a cylinder, extruded it sideways to create an oblong shape, positioned it in the right spot, and used a Boolean modifier to take the difference. Then, I exported the mesh as a .obj, which is natively supported by the game. So far, in Blender and in Xcode (my most-handy OBJ-file viewer), everything looks right! 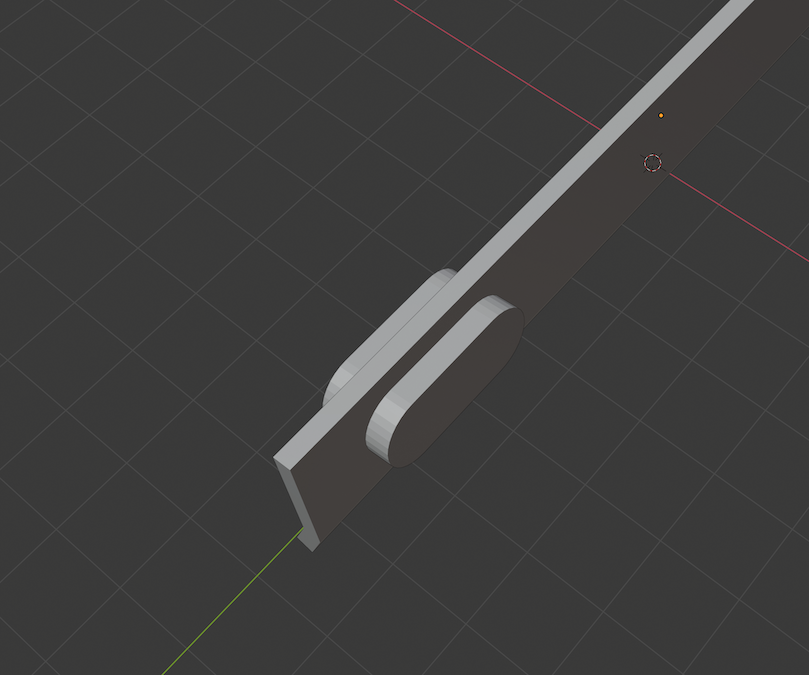 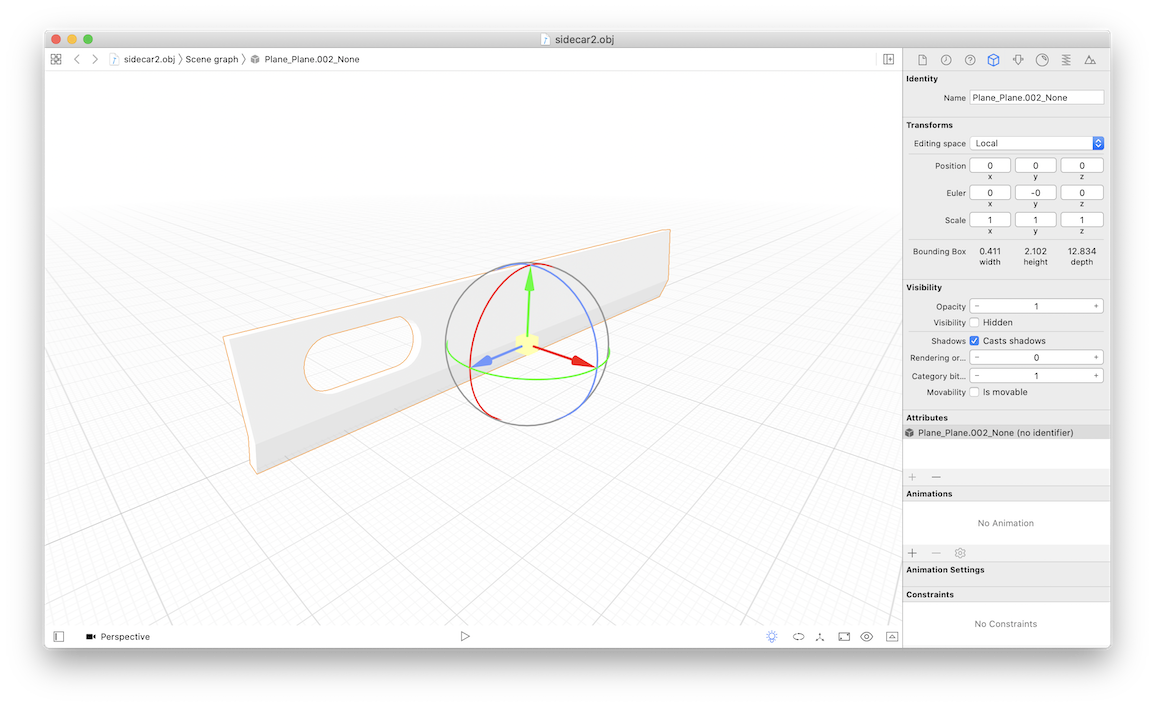 But in the game, I've got some strange, jagged artifacts. 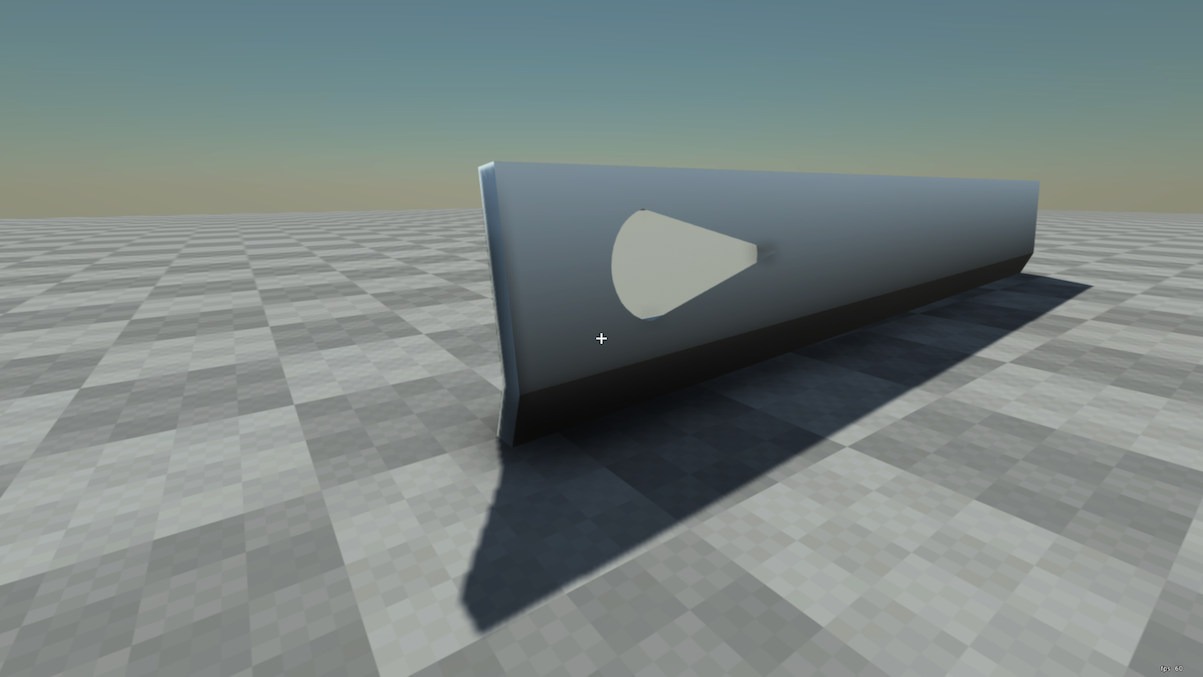 It reminds me of the kind of things I see when a path is drawing in the wrong order (CW vs. CCW) in 2D drawing. If I apply the modifier and look at the mesh in edit mode, I can kind of visualize why things are going wrong, but I'm not sure how to fix it. I tried bisecting the mesh across the window hole to create a more "sane" arrangement of faces/edges… 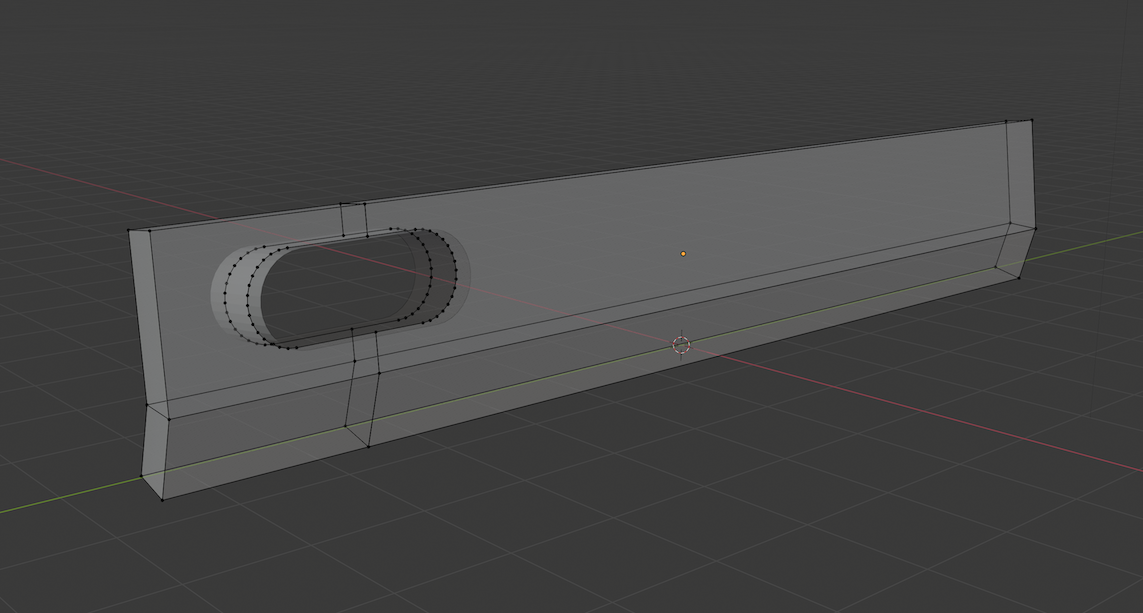 … but it doesn't look much different in the game. Any thoughts on what I can do to fix this?

Maybe rework your topology, keep only one face, use the knife tool (K to activate, C to cut perpendicularly) try to keep only quads, extrude to give thickness back. 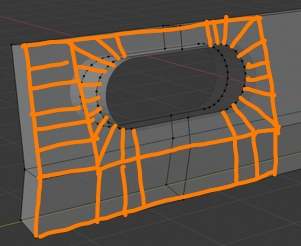 Not the answer you're looking for? Browse other questions tagged mesh artifacts obj or ask your own question.

1
Why a scene render might have many very dark triangle artifacts?
0
Why does Mesh Deform modifier stop animating after a number of frames?
0
Issue Importing Obj Into Blender With Textures
0
Why does my model's eyes have artifacts?
0
Wireframe modifier misses some vertices
1
Non-destructive method to subdivide cylinder lengthwise (i.e. replacement for loop cuts)