After intersecting (knife) two surfaces that didn't exactly match, I'm left with a vertical wall where the cut was made (circled in red). What can I do to "remove" the wall? Concretely, I would like the vertices of one "lip", say the upper one, to be projected on the lower lip, so that the vertical faces can be safely removed.

What I tried (and why I'd rather not go that way)

Bridge edge loops: it wouldn't work because the vertices don't match. As you can see, the upper lip has more vertices.

Resizing along edge orientation: I could select a pair of vertices that defines an edge in the lower lip, define a transform orientation, select vertices in the upper lip that are above the edge and resize their transform Z (or another fitting axis) to zero. While it would surely work (I don't need adjacent faces to share every vertex, I think), it would be long and tedious, and error prone too. In this case I have four edges, but what if I had a similar case along 50 edges?

Here is a Blender file with a scenario similar to mine.

To avoid the XY problem, I'd better describe in more detail how I came to the problem. Maybe I can work in a different way.

I have two lines - say they're the border of two converging roads. I wish to join them with a smooth surface (but I want to be able to model it, i.e., it should not be "the mathematically smooth" surface).

My approach was to extrude from those edges, along the edge normal, so to "continue" the road surface, then I would intersect knife them. However, one of the roads is the main one, and its extrusion must have a minimum width. In the screenshot above, the green quads are the road side extrusions, and the one in the lower part of the image is the main one.

Look at the following picture: the highlighted line is the main road border. The z axis is exaggerated. 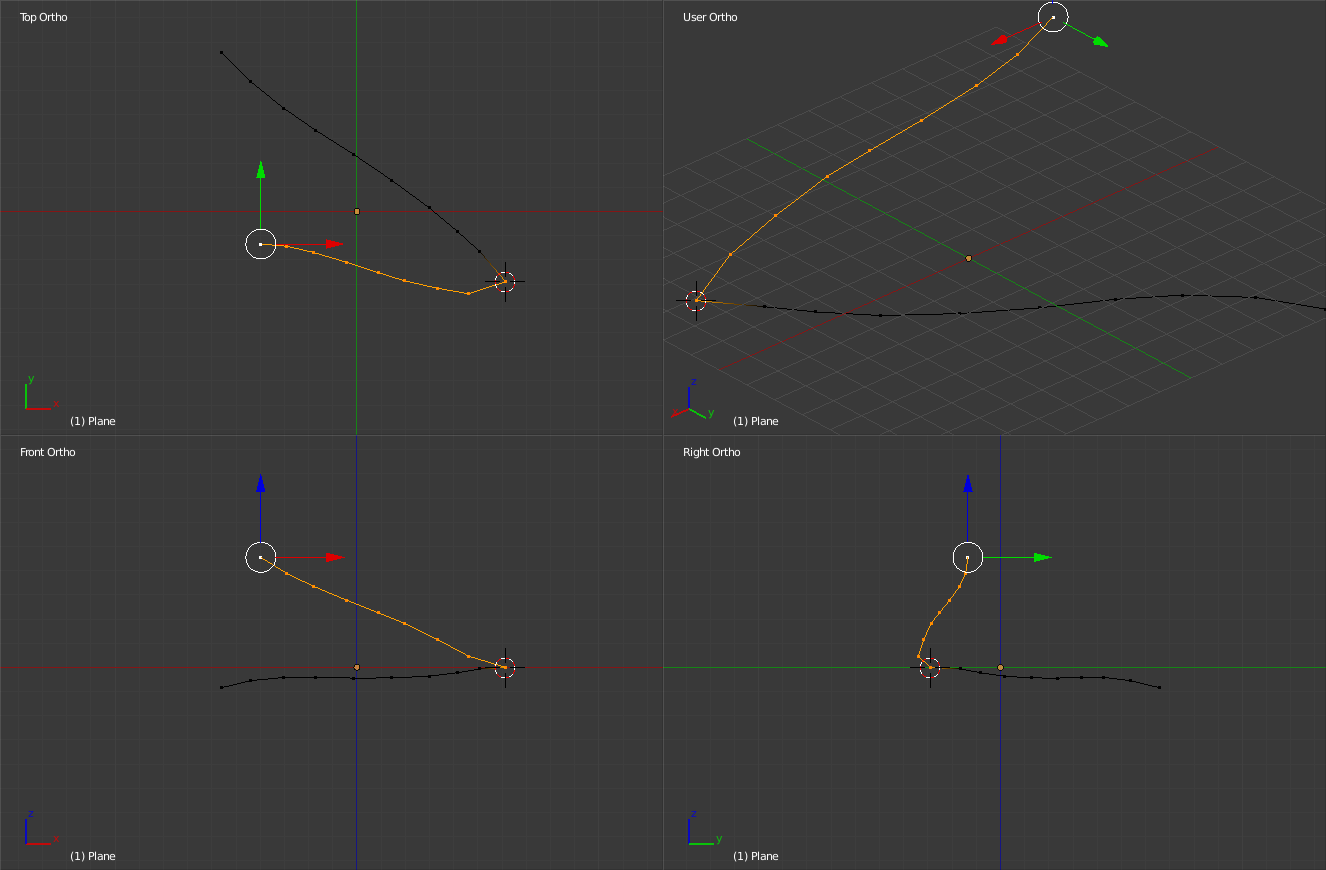 I extrude the road sides: 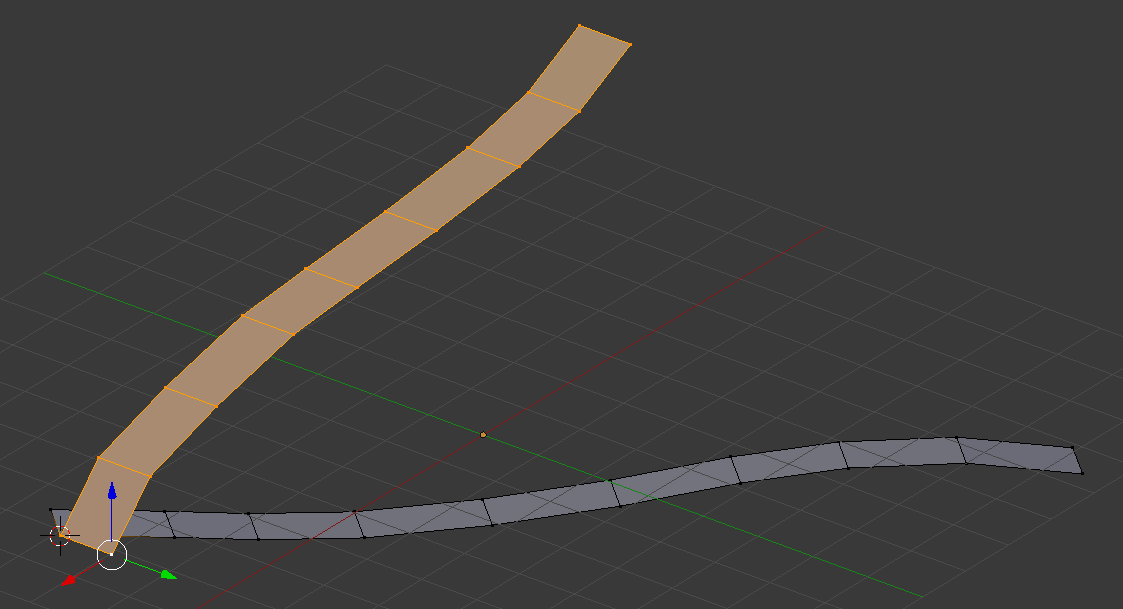 Now I need to join the two inner edge loops. What I did above is extruding the secondary one towards the first, then knife it using the main border's extrusion along Z. However, this gave me bad topology. Nxdhin2005's process gives me a good mesh, but it would be hard to match the other border just by adjusting the extruded one.

Maybe I'm overthinking this, and I should just bridge the two edge loops, then add detail on the new faces, maybe by sculpting?

Before anything, I used your .blend file as the reference. Start off by adding in a plane and add in about 10 loopcuts. 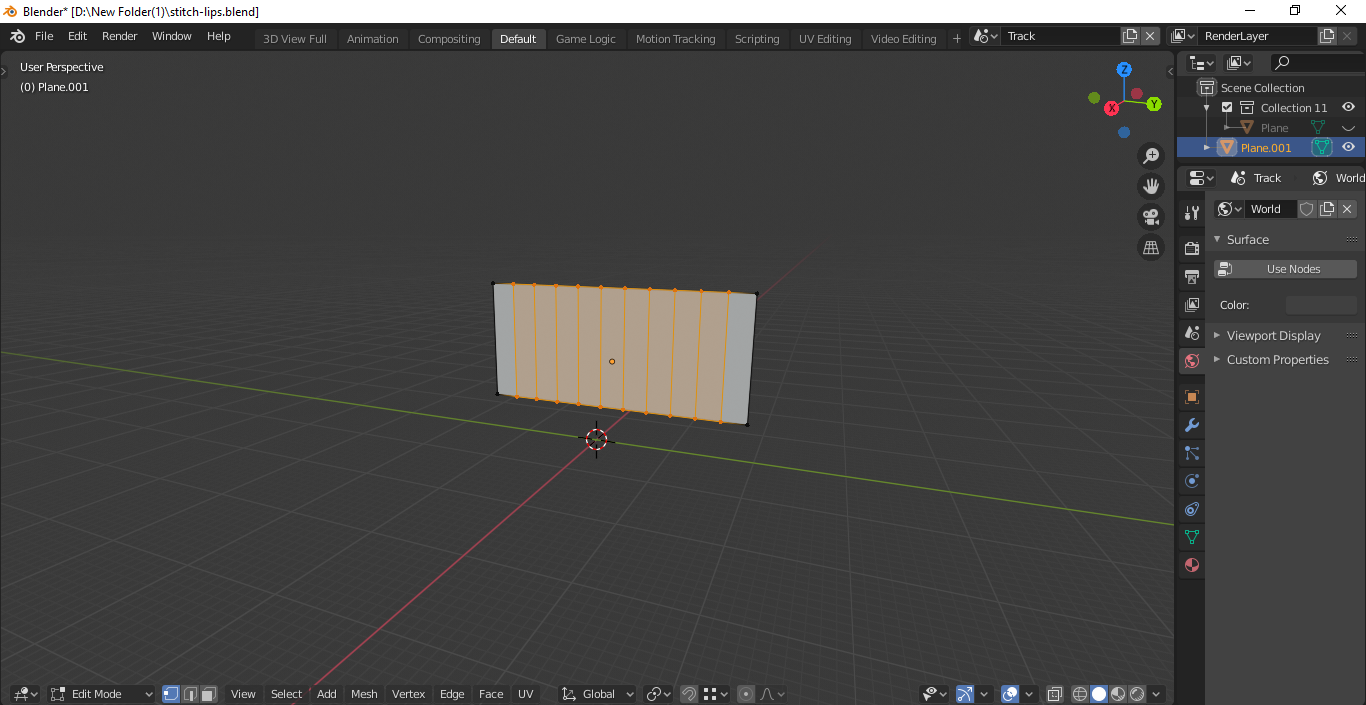 Select the bottom edges and extrude it along the X-axis and select the end edges and use the shear tool to make that slanting edge.Tweak it a little bit(I didnt select the last vertex before extruding, to match your mesh.) 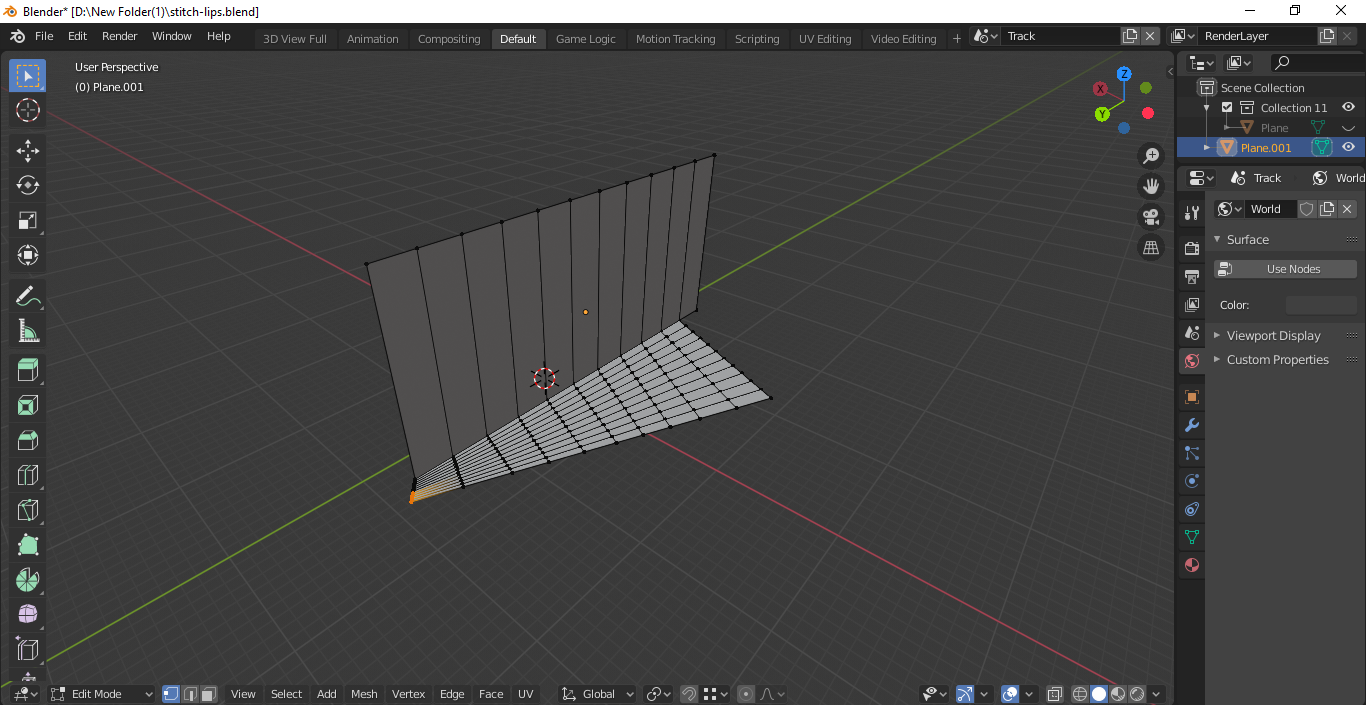 Select any vertex in the subdivide portion of the mesh and Use the proportional editing tool to match the mesh to imperfect one.Do a some tweaking and you'll get this: 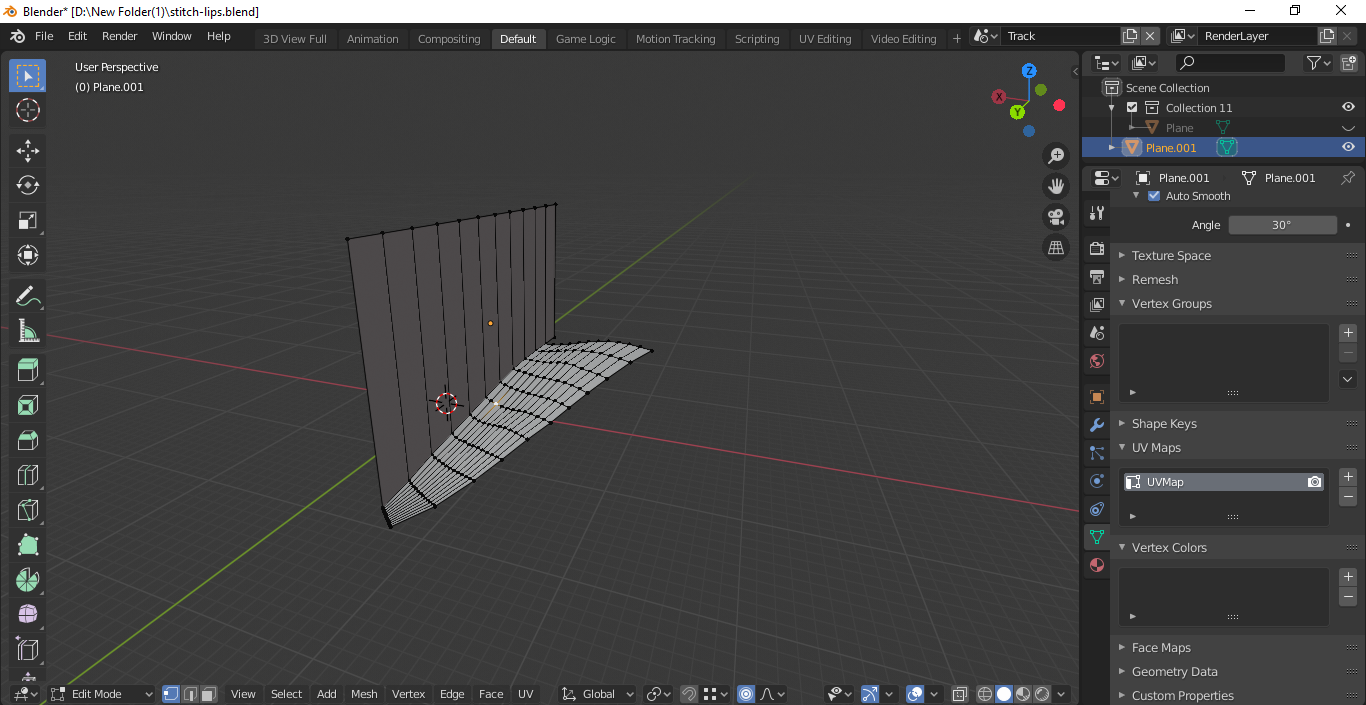 Select the edges as shown in this image... 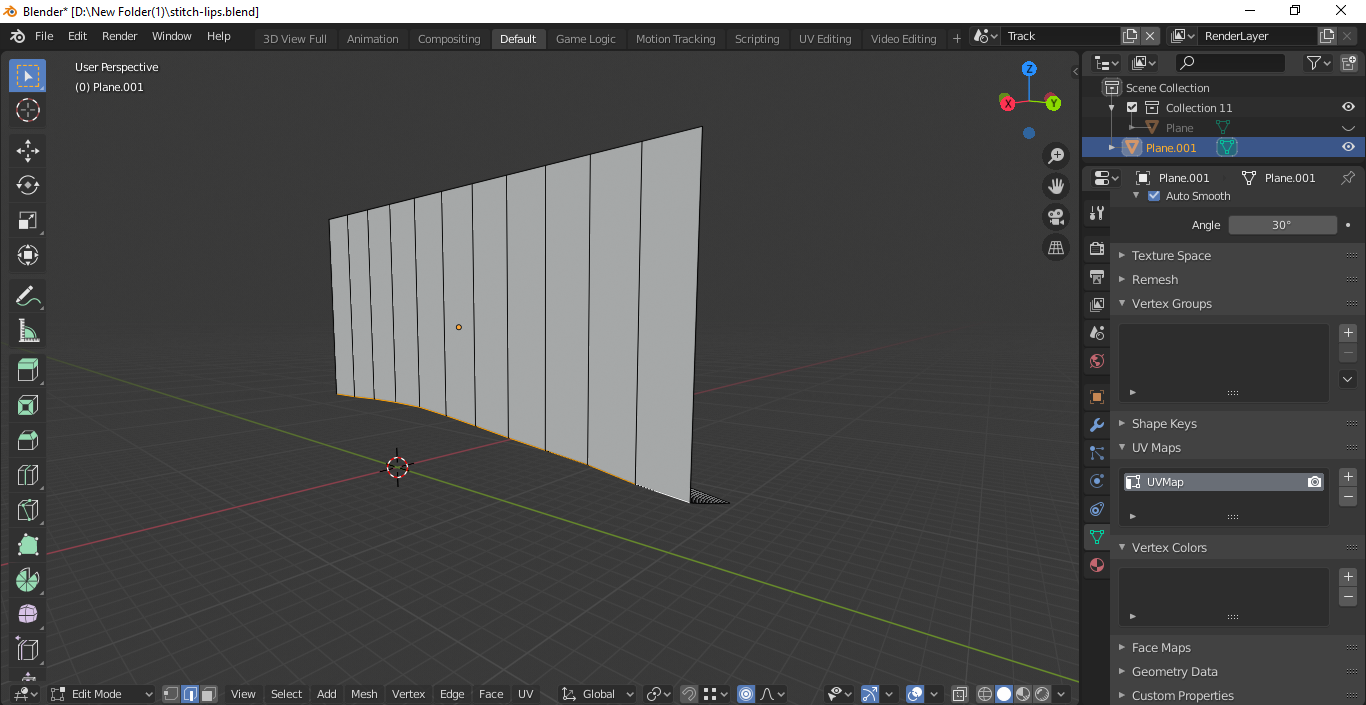 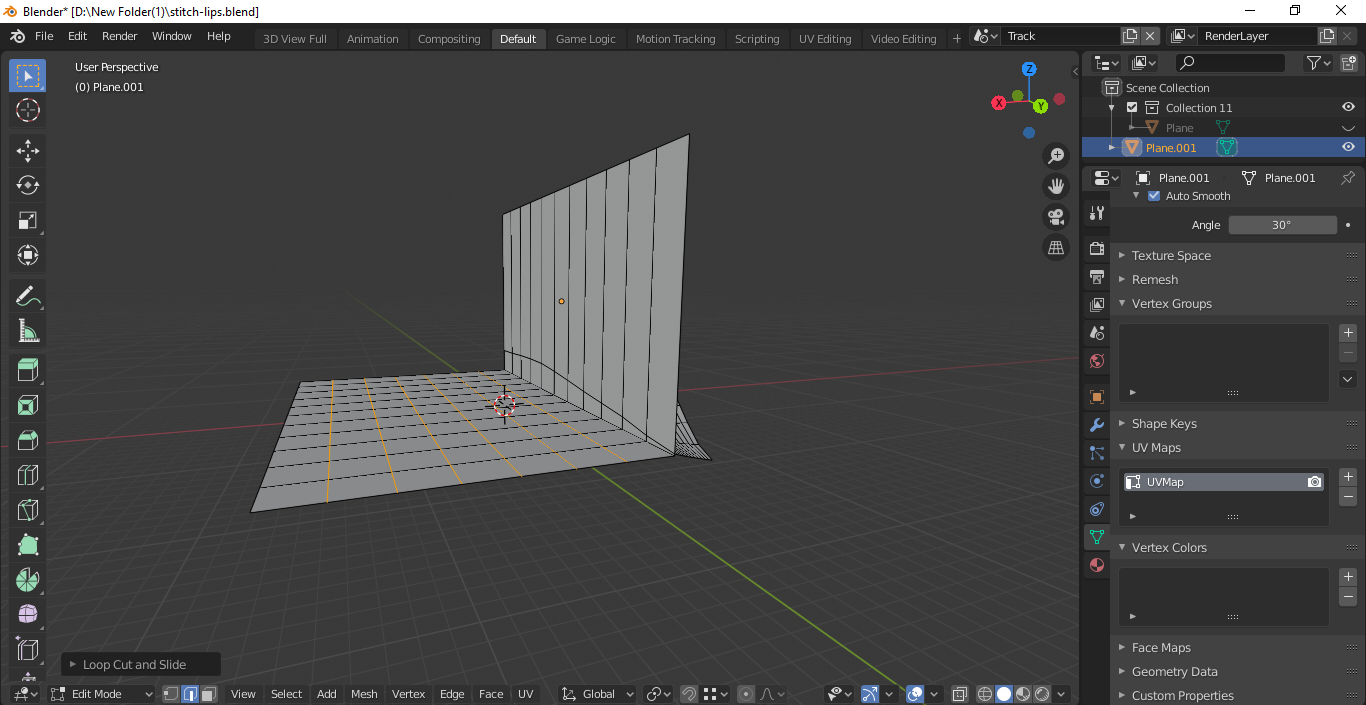 Now extrude it on the x-axis again to make the base. Now you have the mesh with perfect topology. However you might have to flip the normals of certain faces with Alt+N >and flip Normals. 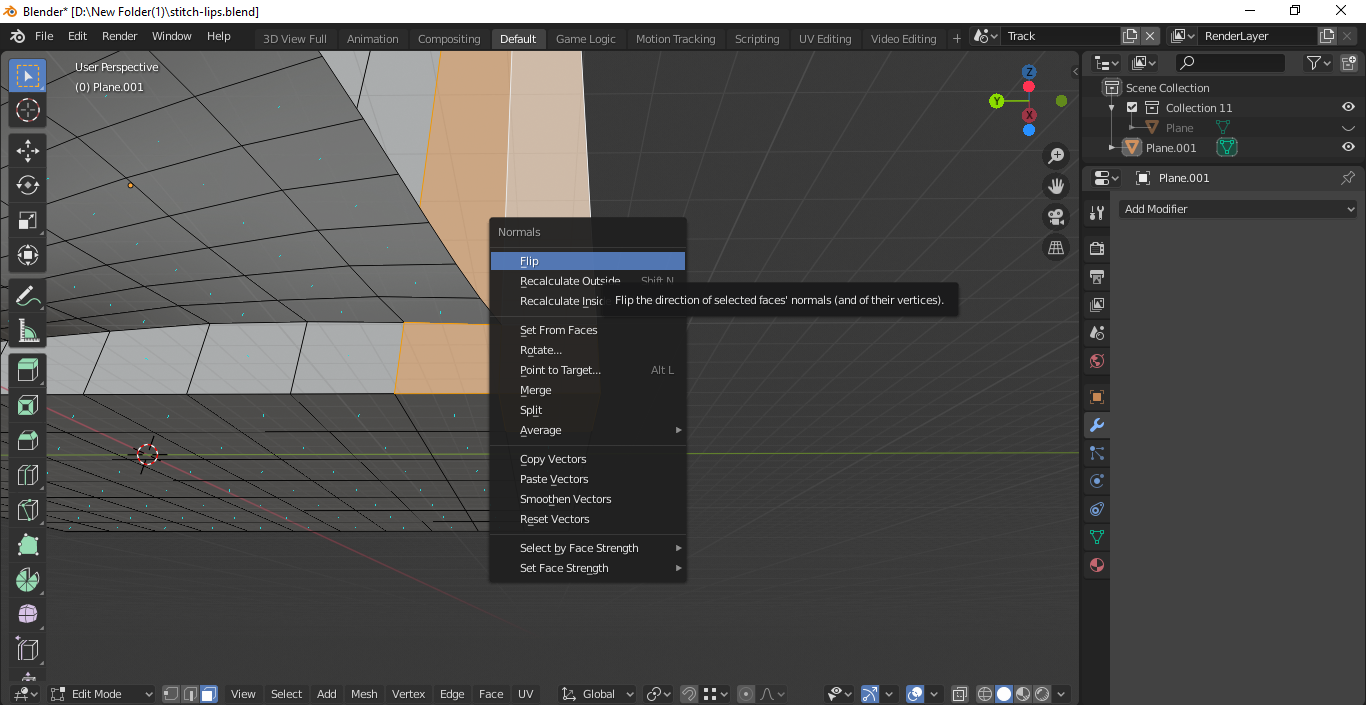 Don't delete your previous mesh. Use it as the reference to make this mesh (just like retopologizing)

5
Removing double edges (reverse edge split) in a script
1
How to bridge edges without creating a twist?
1
Scaling to a specific object
1
Creating mesh between edges
0
Make vertices of a mesh "match" an adjacent mesh
1
bridge edge loop for 2 closed loops of equal vertices not working