Hi. Is it possible to make precise bisect cuts in Blender? I can only make them manually, by hand, and imprecisely.

For example, like in the video, say I wanted to bisect the object exactly on one of the 3 lines that you see there. I did it by hand in the example.

I know there are numbers in the Bisect window, but I'm not sure how to operate them. There's no "angle" or anything (which would be helpful, because in this case I could set the bisect to 72 degrees for example (but unfortunately it's not angle based)).

Well, that's not an easy interface to interpret, is it? First, in the top part of the window is "Plane Point" this is a point on the cutting plane. In your case, I think you should set it to the origin (0,0,0). This is also the pivot point for angle adjustments. 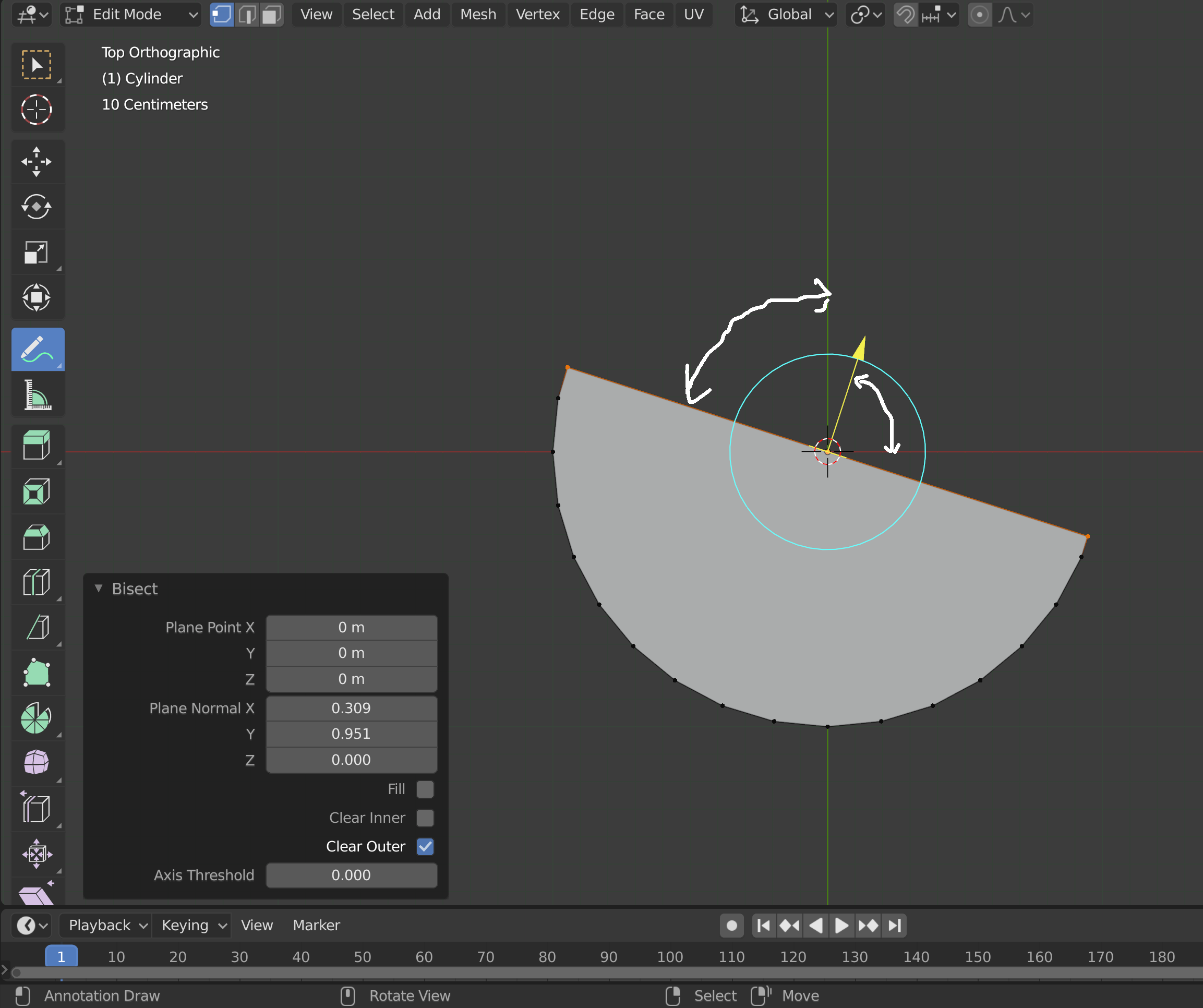 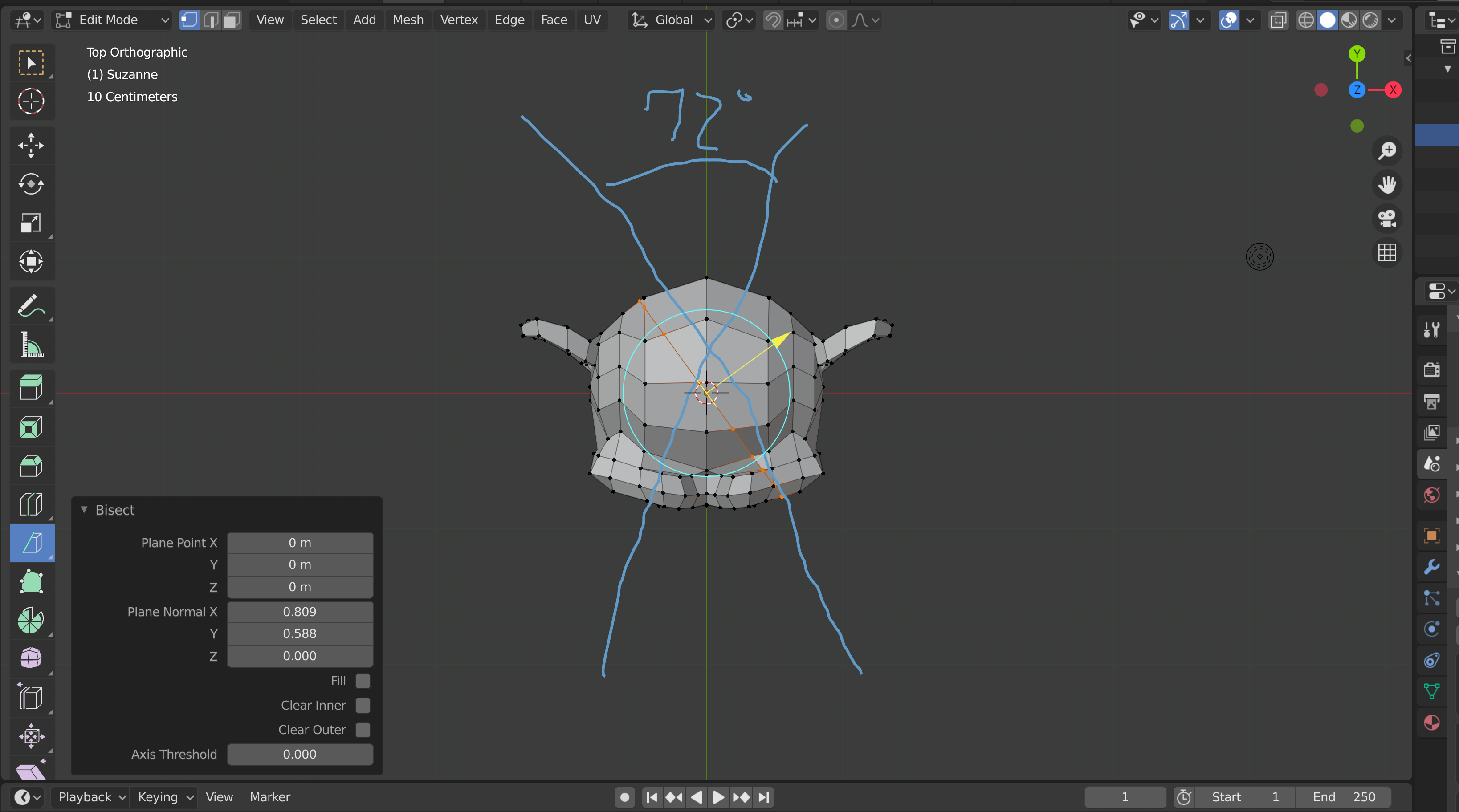 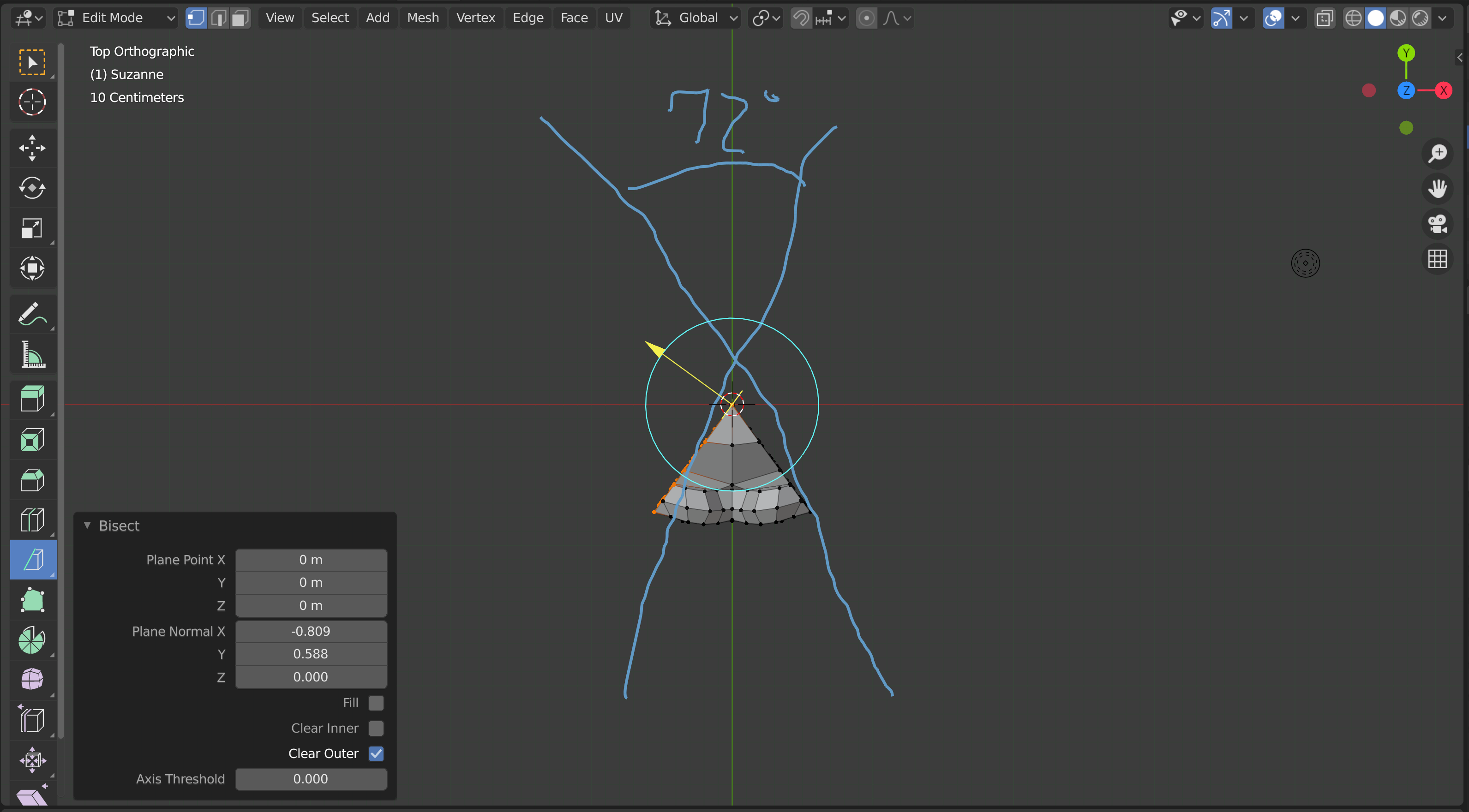 Not the answer you're looking for? Browse other questions tagged modeling bisect or ask your own question.

1
Are you supposed to only be able to bisect once?

5
Remove sharp or jagged edges in mesh
1
Bisect / Cut Along Vertices That Are Selected?
1
Bisect Tool Not Working
3
Blender for virtual surgery planning
0
Extrude multiple faces, stopping at intersection
2
How to cut at vertex position of another object?