How do I get rid of the unexpected shadows that appear inside the holes of objects using Glossy BSDF?

I'm learning the basics of Cycles and I created a simple cup with a material with a Glossy BSDF shader.

The scene is enclosed by 6 planes and I tried illuminating with a point lamp and then with a light emitting plane, but the shadows remain. Below you can see the render and the mesh.

The rendering settings are the default ones except for the number of samples. 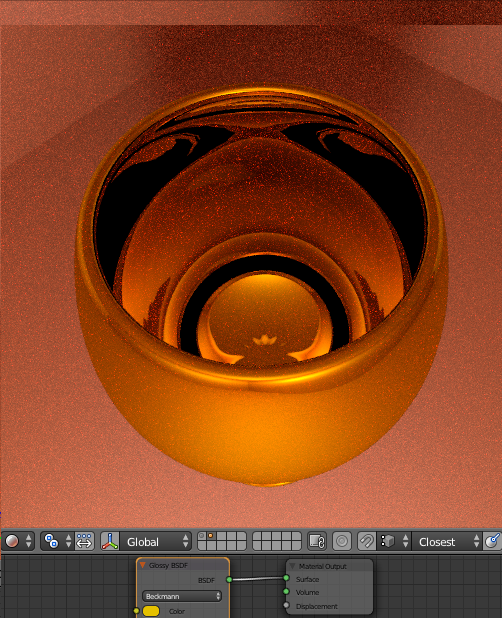 After examining the mesh closer I realized the problem might be there, the subdivision surface tends to keep the slope of the straight edges of the original mesh. The first picture below shows the render and the mesh (after applying the subsurf) from the same point of view. The second one shows the original mesh, which was made with the spin tool. I tried beveling but the problem persisted. 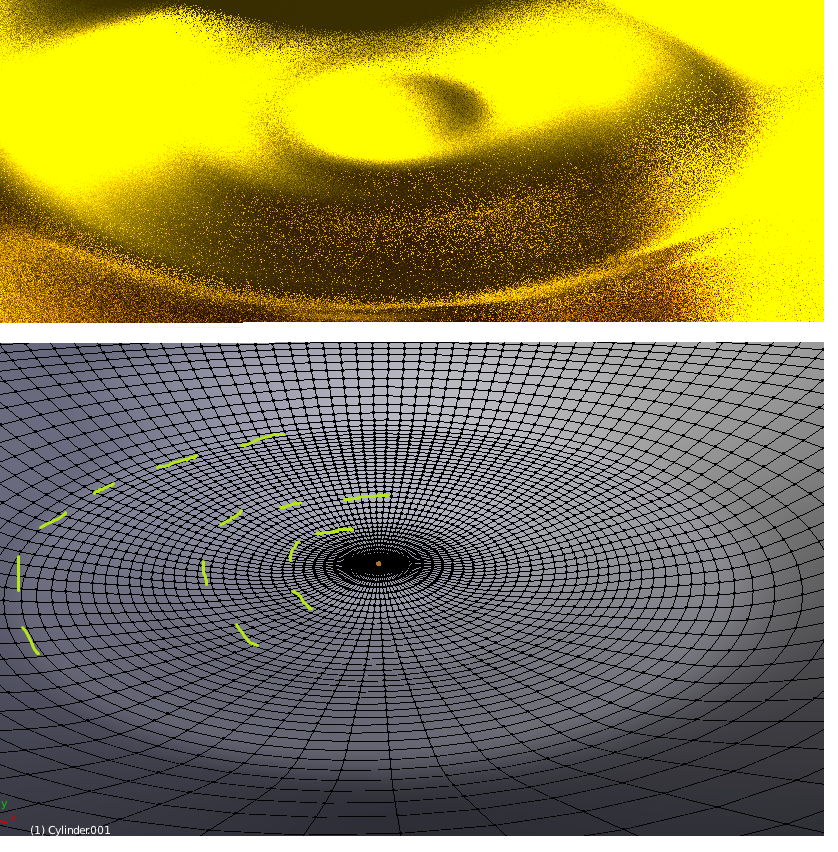 The blend is here: file.blend

You need to increase the number of glossy bounces in render settings > Light paths. These "black surfaces" are caused by rays which enter the cup and then bounce back and forth between the sides until they hit the limit of bounces they are allowed to do, and then return nothing (as defined by the max bounces and glossy bounces values).

By increasing the number of allowed bounces, the rays get more of a chance of gradually working their way over to a spot where they can bounce around to someplace else.

With only 4 glossy bounces: 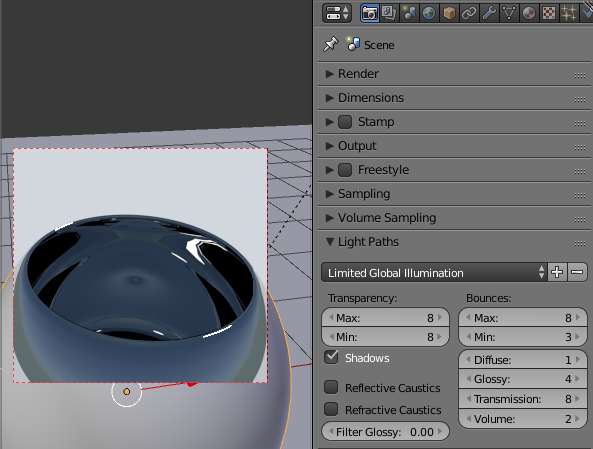 With a lot more: 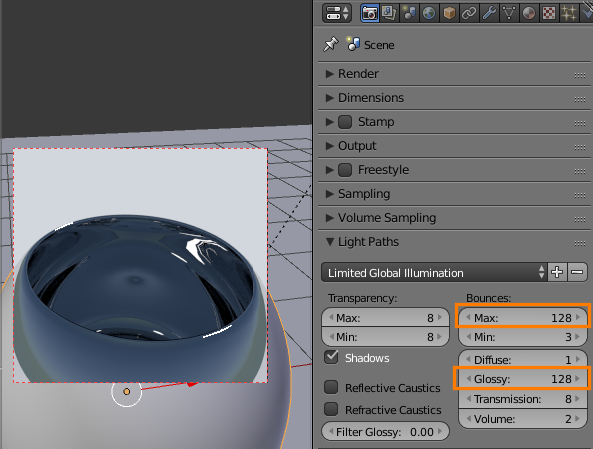 Another things that can help is adding a bit of scattering (roughness) to make paths more random and less likely for rays to get trapped going back and forth for large numbers of bounces: 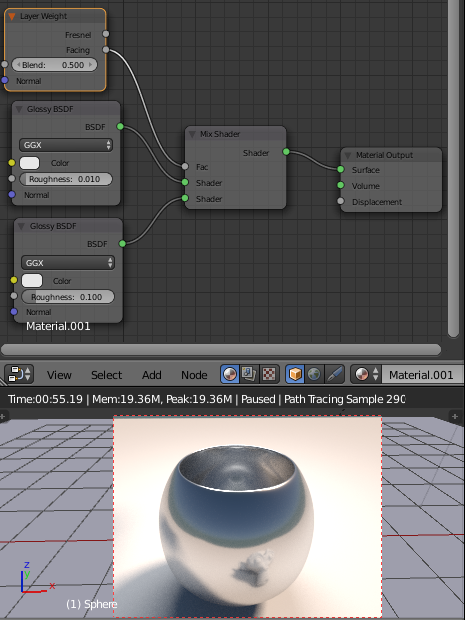 Note that in some ways this is realistic, as this kind of thing happens in the real world too. In the real world, there is an infinite number of bounces, but light does diminish in intensity at each bounce. So eventually light bouncing around would be absorbed completely, and the surface would appear black.

50
How to illuminate the darkness inside glass objects in Cycles?
2
How do i get rid of these black shadows?
1
Particle system emitting upside down
0
How do I render Glowing text effect
1
Particles not rendering on final render