I want to place object radiallty around a center pivot. I know it can be done with array modifier.

So I tried and got a weird result and I cant figure out what is wrong.

At cursor is the Pivot object. And the one above it is the original. I want to rotate it around Y axis so it would create a circle of these shapes, but instead I get this. And if I rotate the empty object in any way it just rotates the object around some random axis. I'm using blender 2.83. What am I doing wrong here? 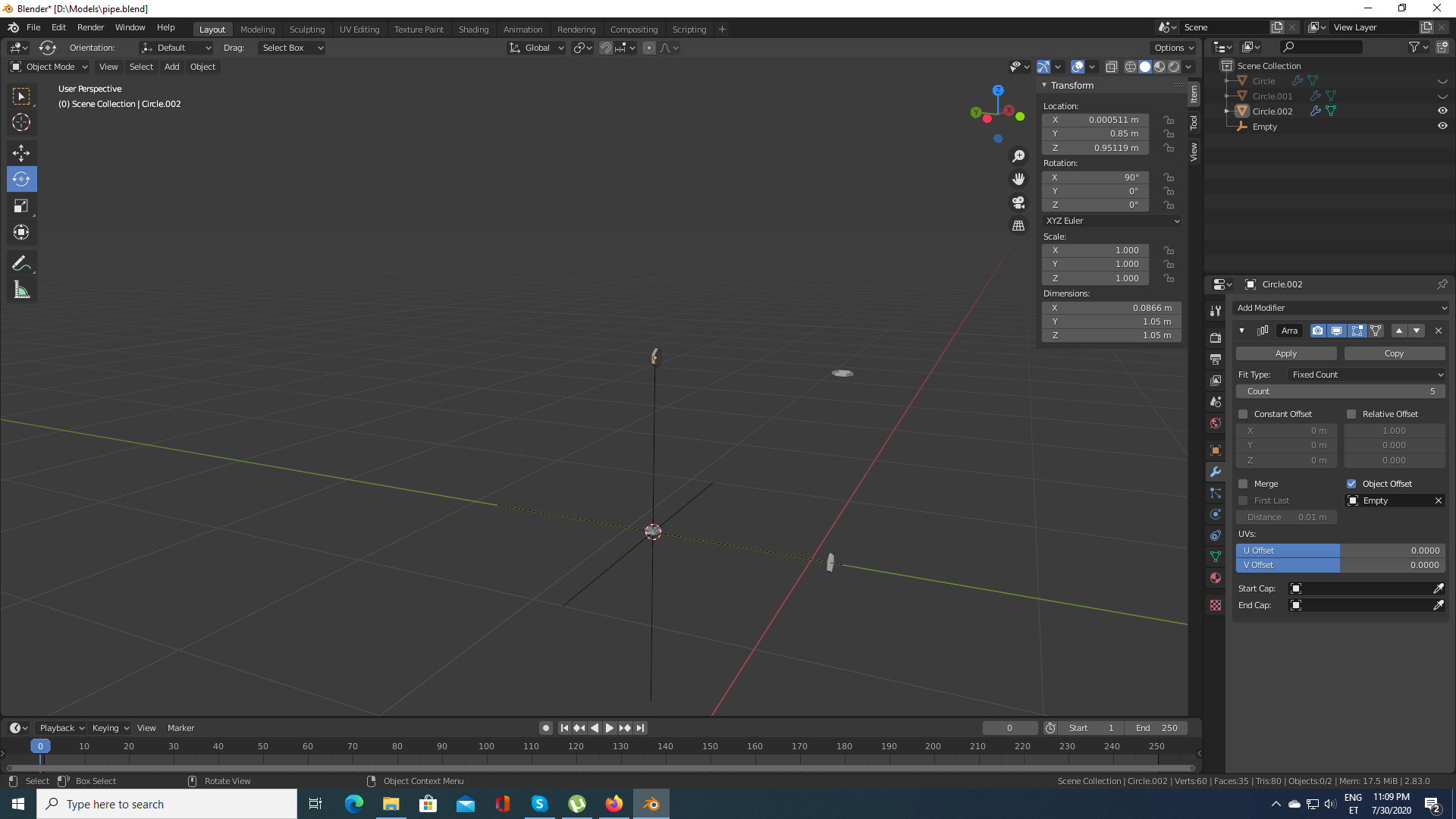 You have to do this with a curve.

1) Add a circle curve around the center pivot that is the size of the array circle you want.

2) Change the "Fit type" in the array modifier for the arraying objects to "FIT CURVE".

3) Select the circular curve you added as the array curve.

Result: You can array around the curve and get the result you wanted.

When you give an Array modifier an object-offset target, there is a transform that would take the original of the arrayed object to the target. 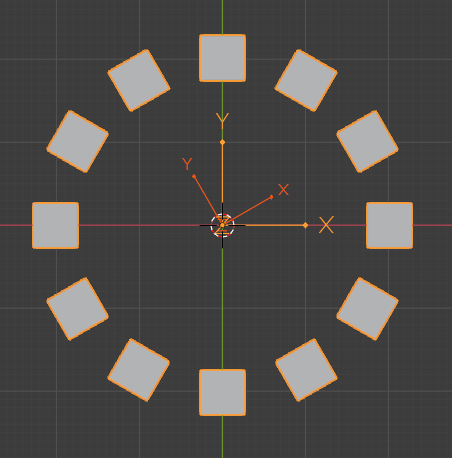 The original cube is the one at 3 o'clock. Although the cube's mesh is at X=2, the cube's pivot, the object, is at 0, and aligned to the world. It's the larger yellow axes in the picture. (The mesh was moved in Edit mode, leaving the object behind.)

In the picture, there is also an Empty at 0, the smaller orange axes. The transform that would take the cube object to the Empty is a rotation of 30 degrees. The Empty is the target of the object-offset array.

The transform that would take the original object to the target in an object-offset array is the one that's given to each iteration of the array, with respect to the previous iteration. So, above, each element of the array is rotated 30 degrees from the previous one, about its own object axes.

In short, to get a clean rotation, without a translation being added, too, the object's axes must be coincident with the target, just rotated, that's all.