I am trying to create a beam of particles shaped like a cone. When I do this from the face of a cube, for example, I get a beam that is normal to that face but I don't know how to make that beam diverge as it travels farther away, sort of like the beam from a flashlight. Thank you!

The emitter is just a section of a standard UV sphere. Particles are launched evenly from it's faces so the pattern is radial. 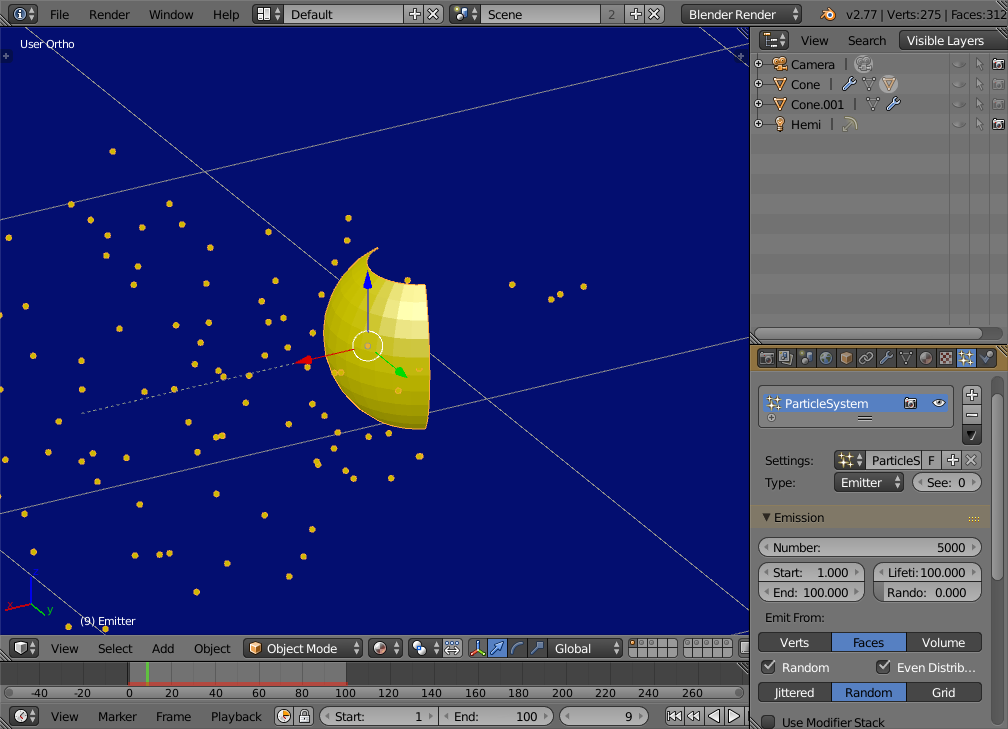 The emitter is placed inside 2 solidified but invisible cones that are setup as "collision objects" (physics) so they effectively focus/deflect particles. 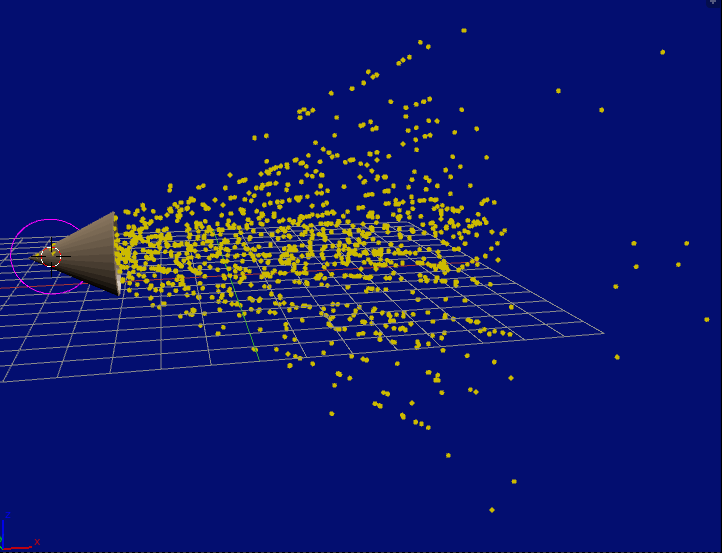 If any escape in your version, try increasing the "Particles --> Physics --> Subframe" slider, but be mindful that each increment will labour your computer further.

In this example, (Blender Vers 2.77) the default particle settings were used throughout, apart from the emitter and draw size. (in Display tab)

With this arrangement, force fields or other coersions aren't necessary. The number and size of the particles plus the renderer used will determine how dense it looks.

The circular 'Nav-handle' is a common parent that holds it all together for when the emitter is to be animated,

Not the answer you're looking for? Browse other questions tagged particles emission or ask your own question.

0
Is it possible to delete meshes that have baked physics?

10
Particles as smoke
4
particles blown away from impact?
1
Emit particles from boolean intersection
1
How to emit hair particles according to the normal of the emitter face?
0
Force particles outwards and upward
2
How to make effect of burning objects from Particles?