Can you bake a normal map with the empty space around the objects transparent?

Is there an option in Blender to set "background" areas of a normal map bake to have an alpha of 0?

What I am doing exactly, for my own reasons, is baking the orthographic normals of various objects onto a plane in front of them, like this: 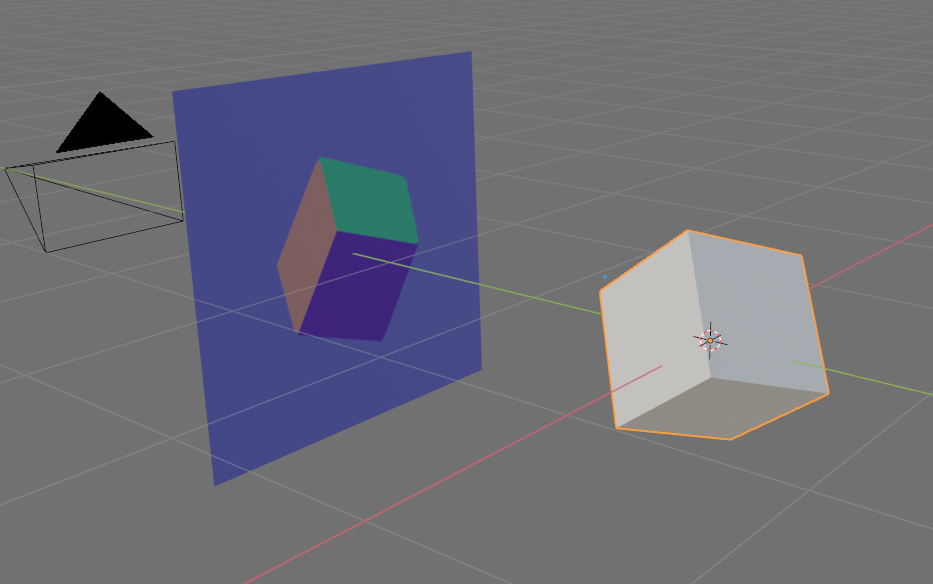 But I want everything except the object itself to be transparent in the normal map texture that is baked.

I am using a Python script to also bake maps for objects at every different combination of rotation, generating thousands of files like so: 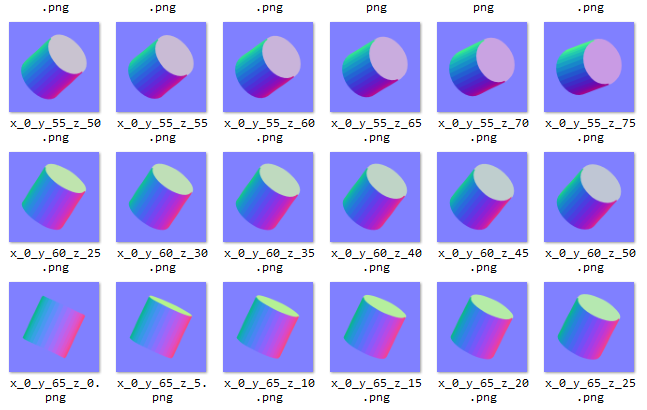 So any solution or workaround for my particular case has to be scalable. If there is some option or feature in blender to render the empty space around objects onto the normal map with an alpha of 0, finding that is the main goal for me.

I've considered a workaround like rendering a mask with the object silhouette white against a black background and manually multiplying that with the alpha channel of the normal map in Python before saving, but if there's an option I can turn on to avoid the work of writing that script, it would help - doing that would also add to the render time, which is already quite significant, so if I can go a more direct route I would put that ahead of a workaround like that. I'm still fairly new to Blender. Thanks!

One possibility is with Workbench render and the built in check_normal+y.exr MatCap. If speed is needed, this should be very fast. 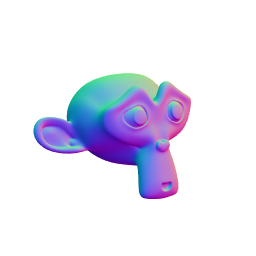 PNG images are encoded with a gamma correction with the expectation that they'll likely be displayed on an sRGB screen which will apply the inverse correction. Since that isn't the purpose of normal maps, you might want to be careful of this.

Or if you can, use OpenEXR and ignore the last several paragraphs. Blender saves EXRs in linear space by default and most other software should assume they are in linear space. They also offer full float precision, so if you encounter any banding artifacts, switching to OpenEXR will likely fix those too. They are a bit big, however. 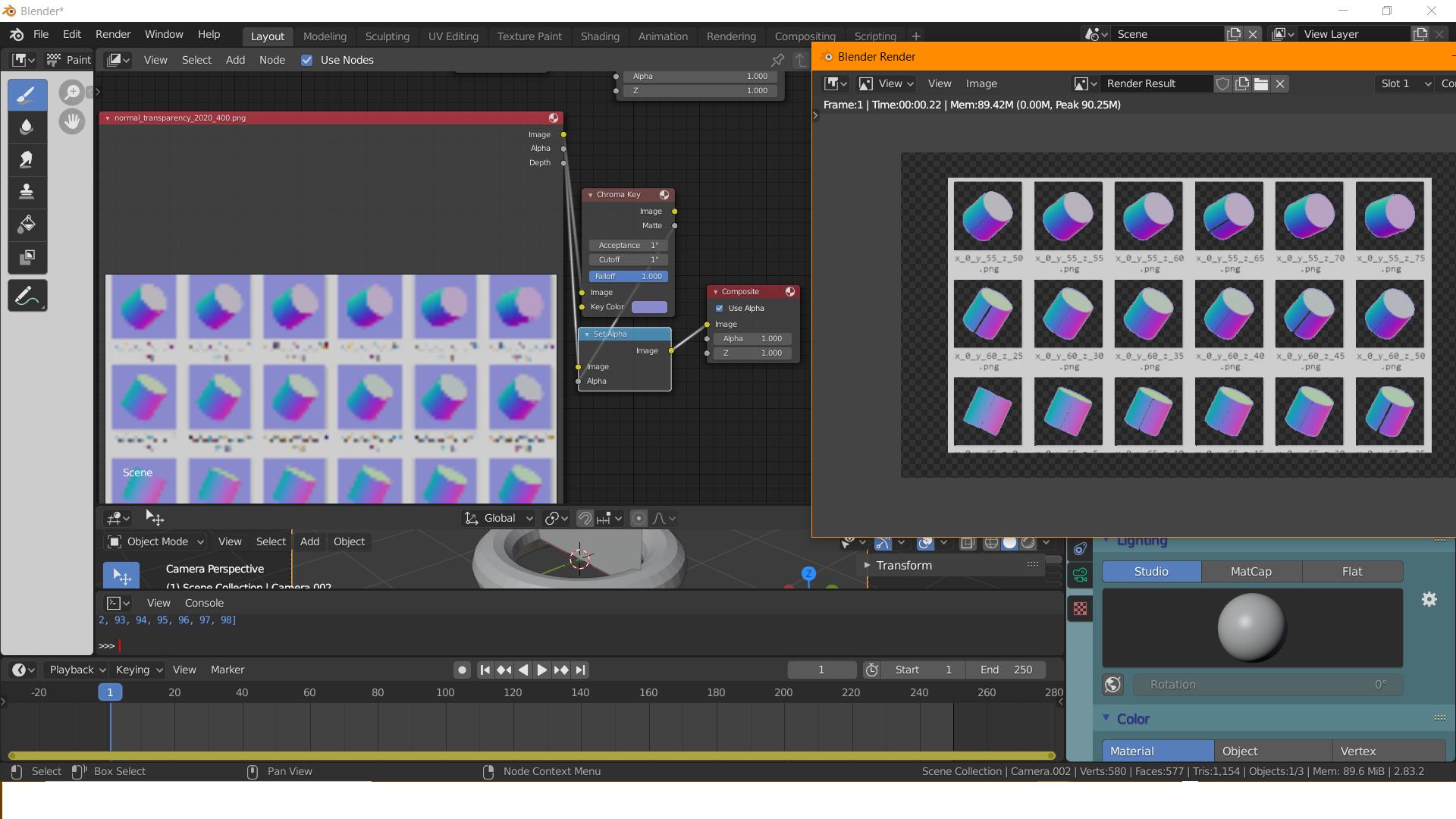 Showing some transparency from images with Matte Nodes. Some Flaws Present. Image above. 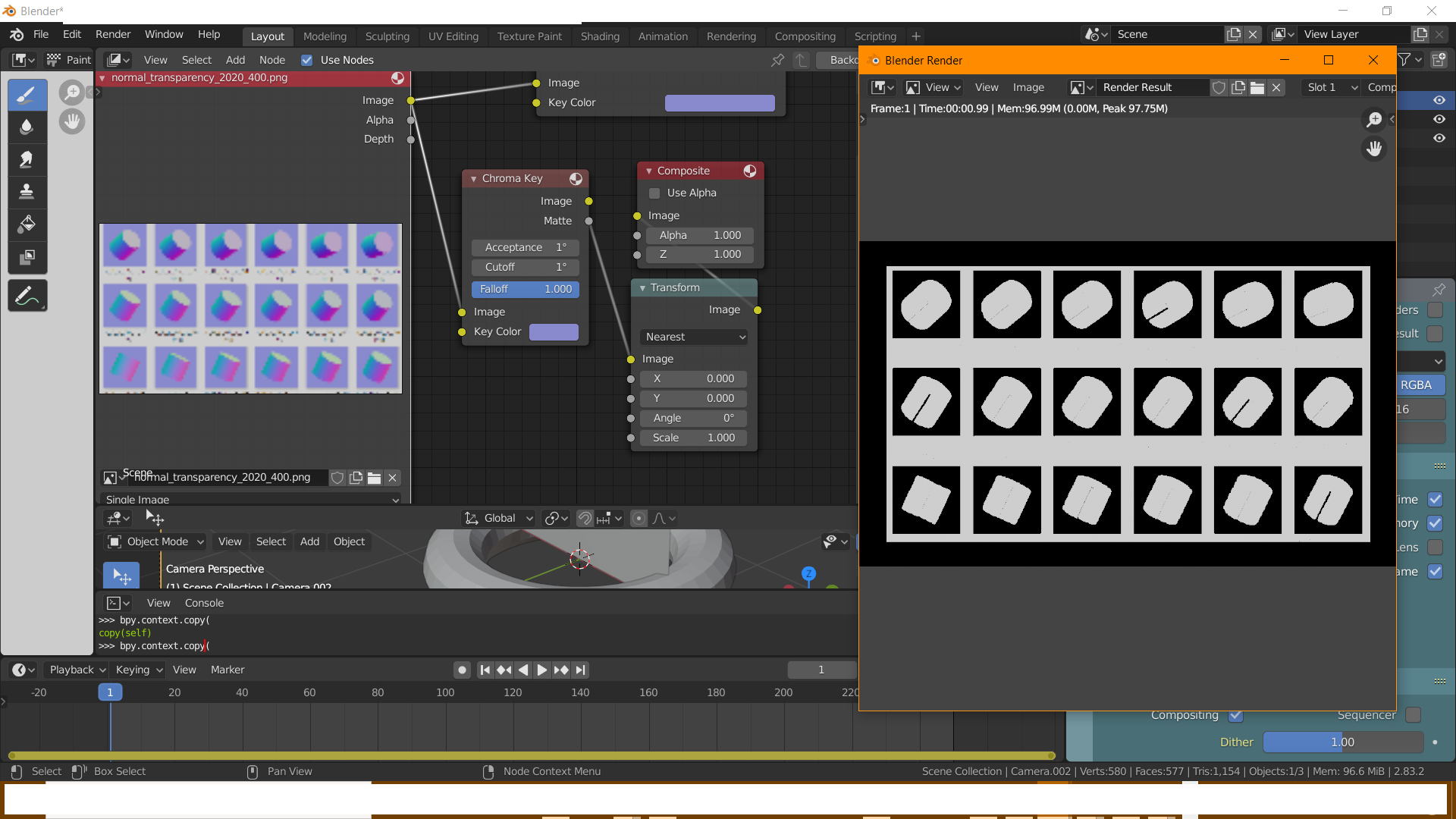 The compositor may be a partial contributor to the solution. The flaws are visible. Your files are read and matted by color. The black pixels within a sample would be background. Please inspect and improve the nodes.

Not the answer you're looking for? Browse other questions tagged python rendering cycles-render-engine normals normal-map or ask your own question.

1
How to bake normal map if the models intersect?
5
Can you reduce detail with a normal/bump map?