How to make a growing unique index (IntProperty) of the objects?

I would like to assign a unique Immutable index of the objects that are added in the scene. I want this unique index to be stored in an object type property (Relative to the object)

So assuming you have 10 objects in the scene, they will have an index, from 1 to 10

Assuming deleting all 10 objects, I would like that by adding a new object, the index continues to grow, i.e. in this case the index should be 11, Obviously the index could be very high even if there are few objects in the scene, but it is very important that it remains so, and that it is always growing.

I suppose I should create a list that contains all the previous indexes or something similar.

This situation is making me difficult.

This is how we declare an object-type property: I don't really know how to build a function that assigns correctly only when the len(bpy.data.objects[:]) changes, I can also think of a function called by bpy.app.handlers.depsgraph_update_post(), but I'm not sure

My question is inherent in this answer , I was thinking of indexing all the objects present in the bpy.data.objects with a unique index. I want to try replacing the "Object Info" node with a driver, which is driven by the object's IntProperty Like this: 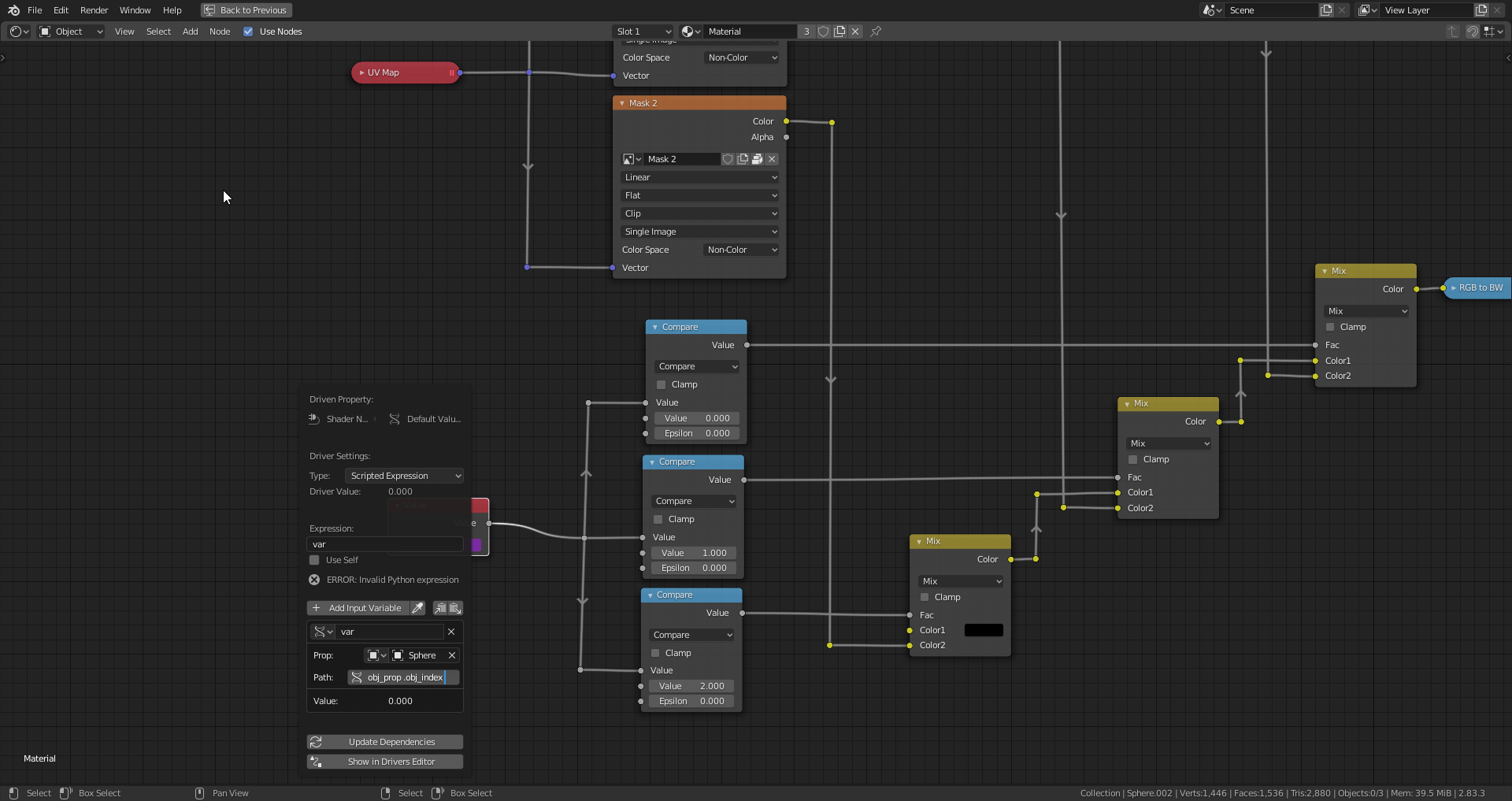 An additional problem is when copying the object (Without instance)

I have done various tests, but there seems to be some problem with updating the integer value in the Driver. 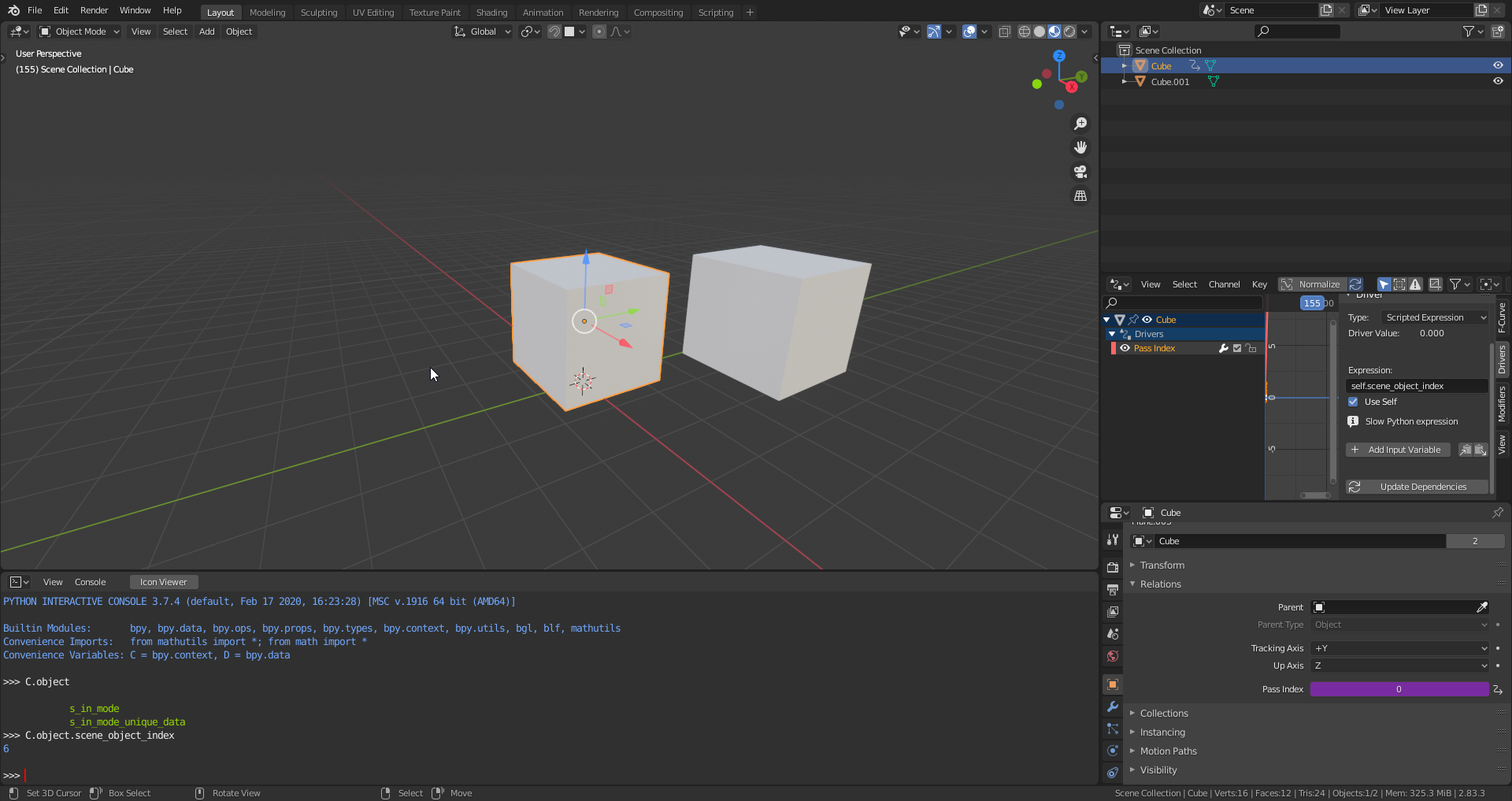 I had already noticed this problem, when I tried to make an index in my own way, I noticed that the driver was assuming wrong values

A collection of pointers

Can set up a collection on the scene with pointers to objects.

On an object set up a property to populate the collection and return the objects index in that collection.

Feel it's a little hacky to use context to get the scene within the getter method.

Example of setting up the props.

A driver using this prop can be added to the pass index of an object. Adding a value input driver to a material node will require targeting a different object per material.

Have edited to give each object a custom property. Needs a rethink re property name to have a unique value per scene. It appears the driver "auto updates" better from the custom property rather than the read (getter) only property.

Will revisit and clean up if I have time, thinking a prop on scene with an update method.

Not the answer you're looking for? Browse other questions tagged python properties or ask your own question.

10
How to access mesh data of an object in a script?
2
Which is the path to particle drivers data? (Blender Python API)
1
Script changes to driver expressions and variables
2
Dynamic EnumProperty values changing unexpectedly
0
How do I make a script to set object index for every object?
0
Selecting objects with the same property values (without Python)
0
add an object from bpy.data.objects in context scene?