How to Bake High Poly Object Details (Shape) to the low poly object?

Here, I wish to create a piece of deformed wood in blender. So, I created a low poly cube and gave it a basic shape of a wood (no deformation) 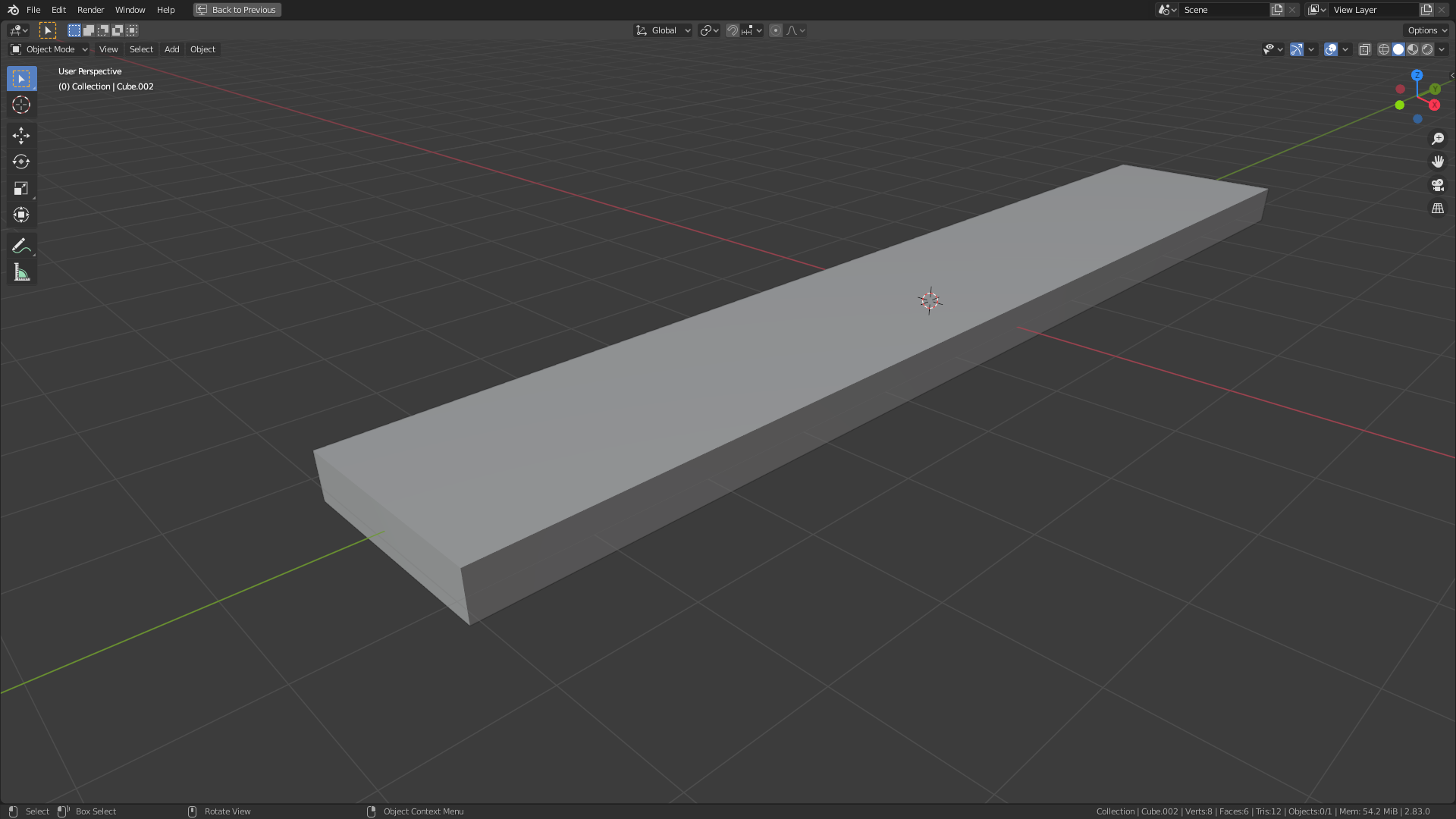 Now, I created a high poly mesh and subdivided it a few times and then added a displace modifier with a cloud texture with 0.010 strength, which gave it a deformed kind of shape. Then I manually deformed it a bit using proportional editing which gave me this result. 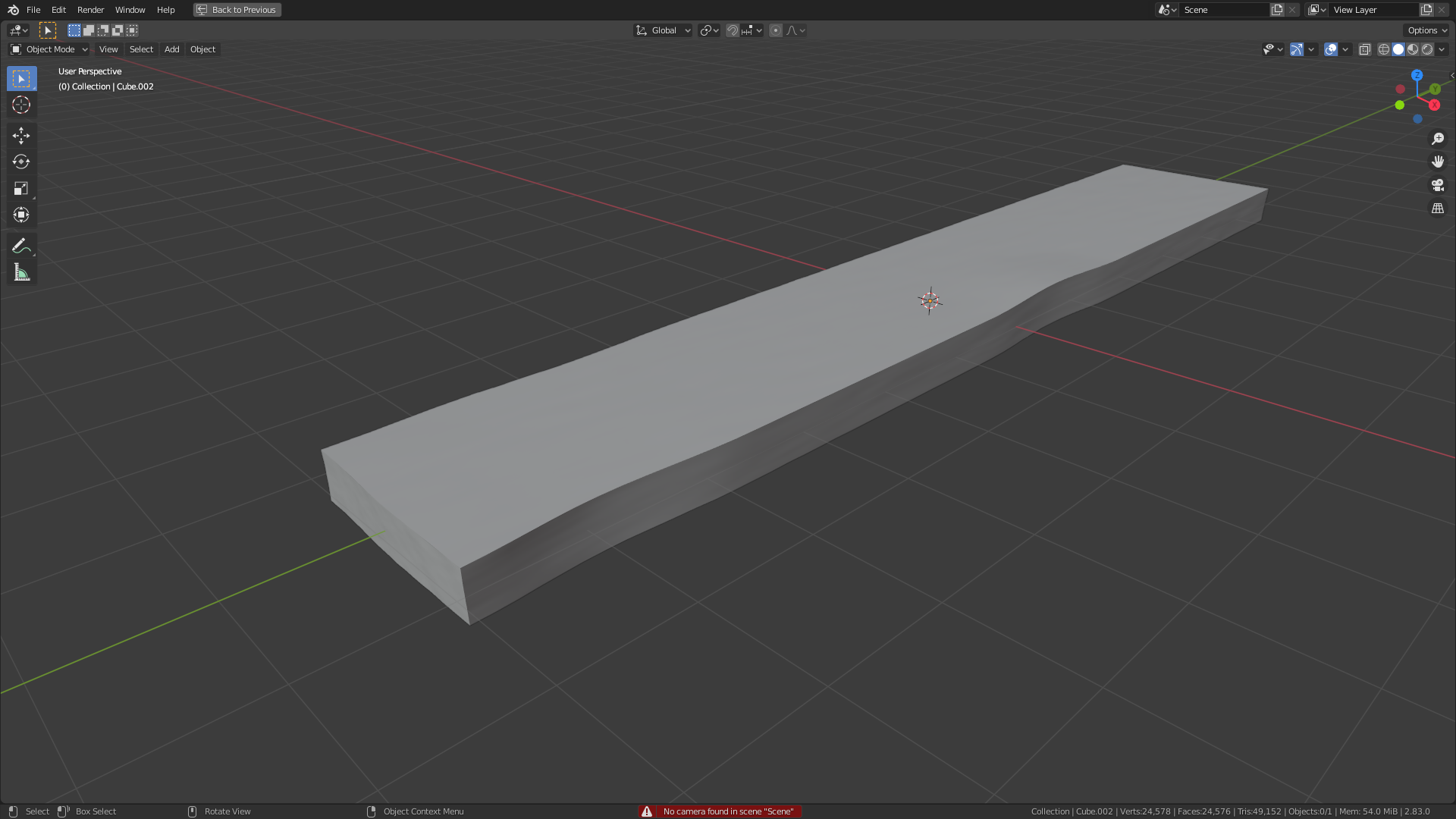 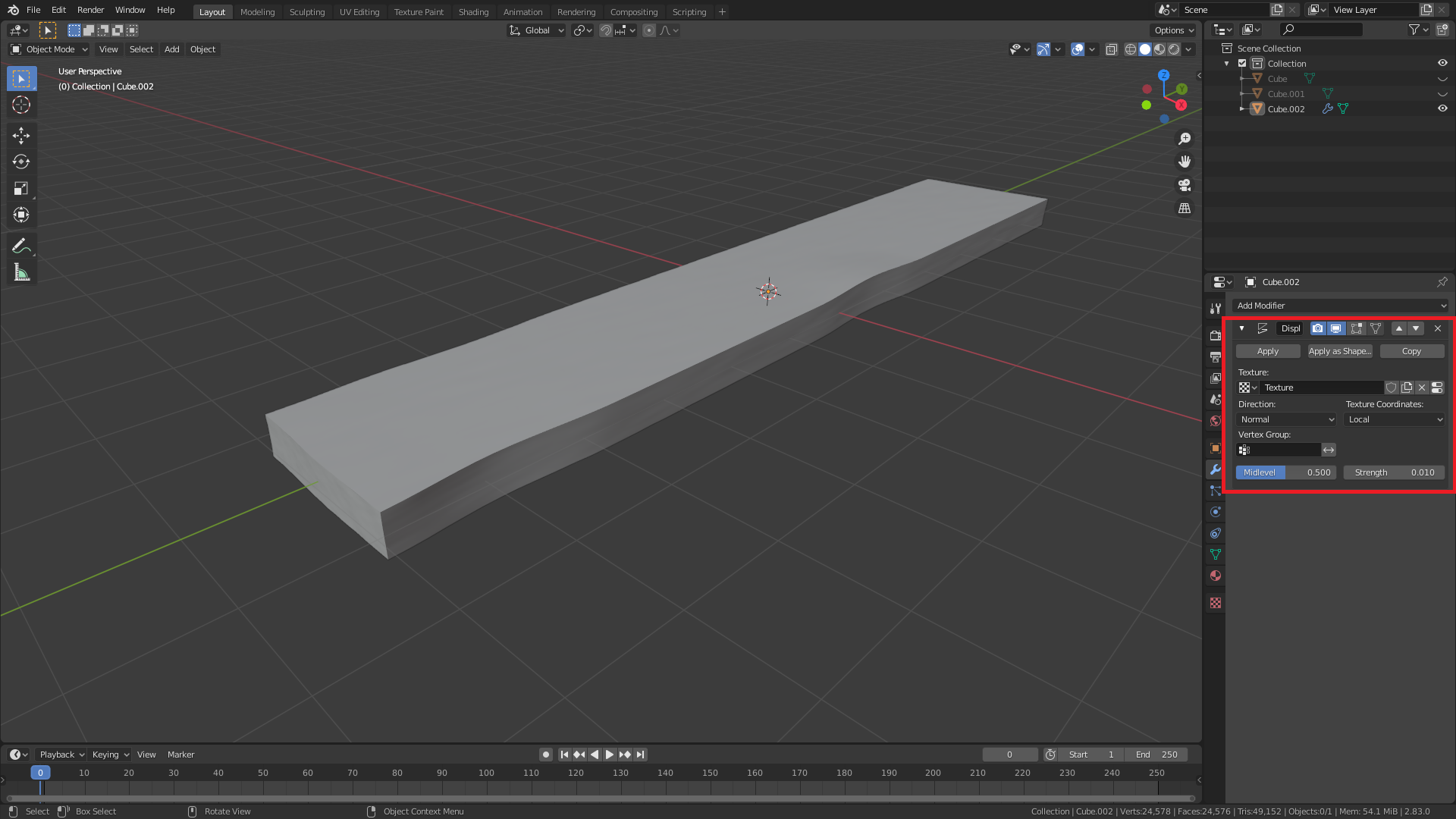 Just a side note, I use Unreal Engine for game development.

EDIT: I tried using the bake normals option in blender but it is producing several artefacts of mostly red, green and purple colours. 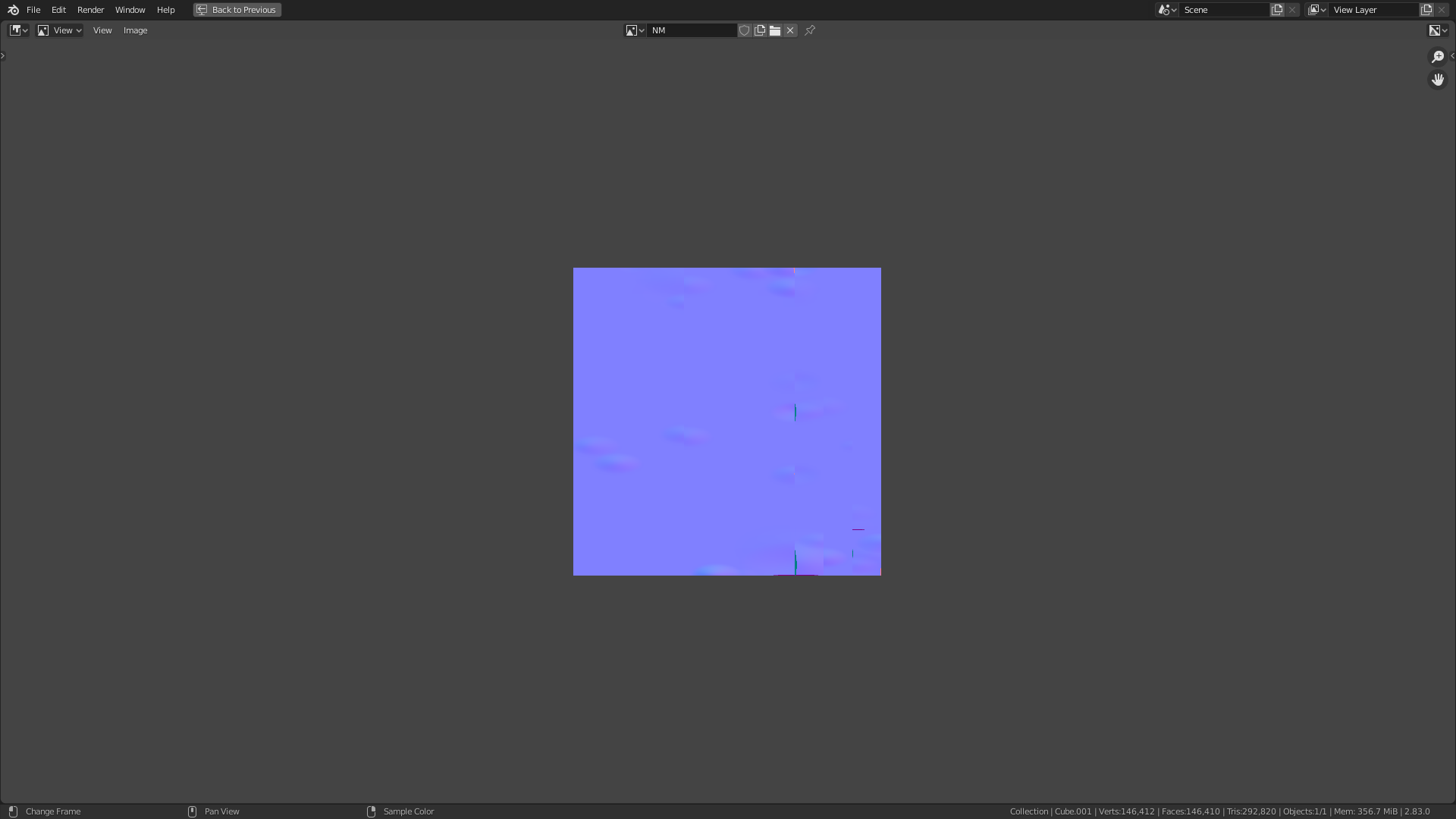 Those 'holes' in the lower right corner are causing artefacts in my low poly mesh. Is there any way to solve that? Otherwise the distorted portions are appearing fine.

Example of its Use 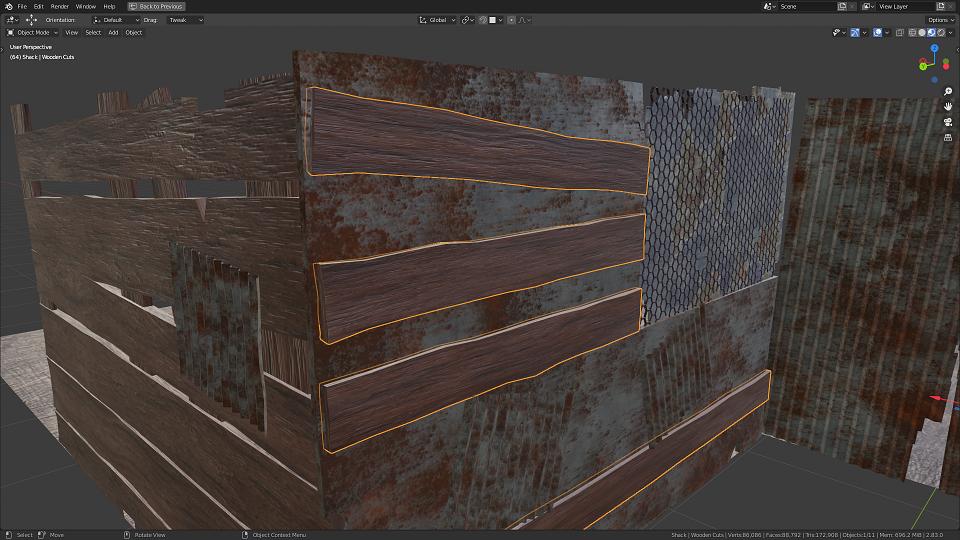 Result I think @Christopher Bennett's method is the best. I was able to get this result using it. It's only 306 faces. There is a shading issue there, but it's just me bevelling wrong, leading to a triangle. Otherwise, its perfect. 306 faces is much better than 5000. 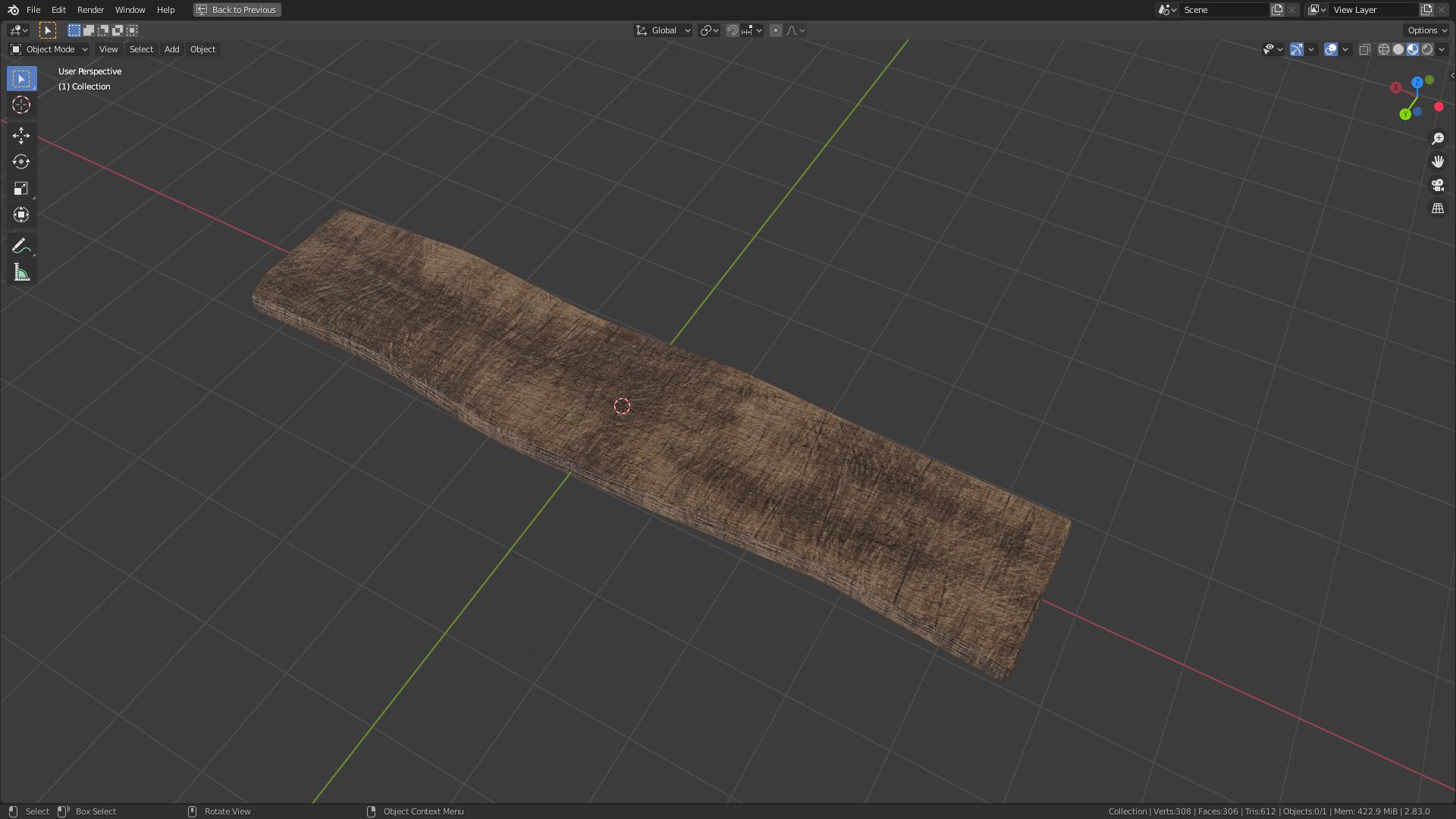 just posting this so I can post the pic. Would it be acceptable to you to use a procedural texture to generate a "normal" from something like a noise texture? 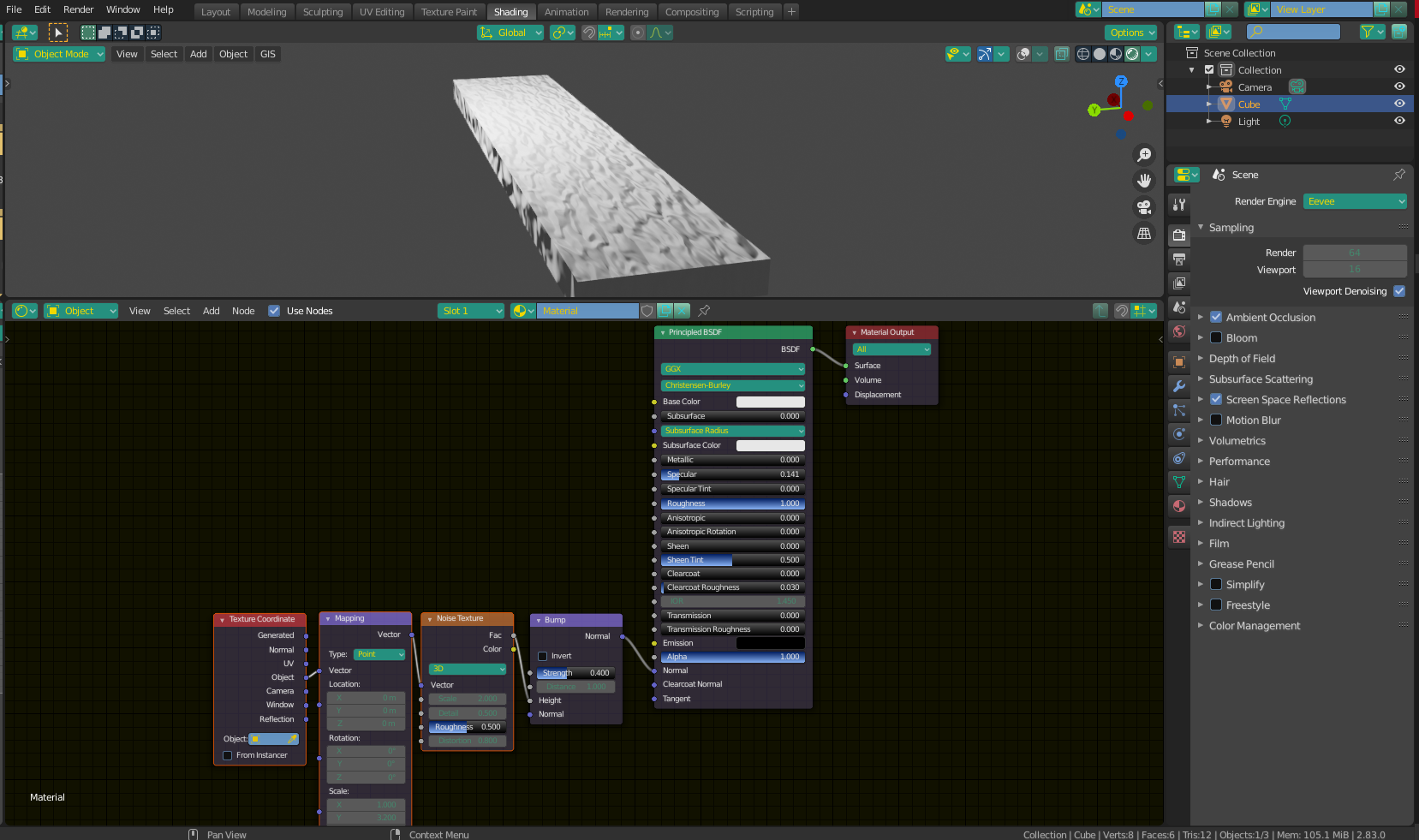 Then you could bake that to a normal map from the texture. 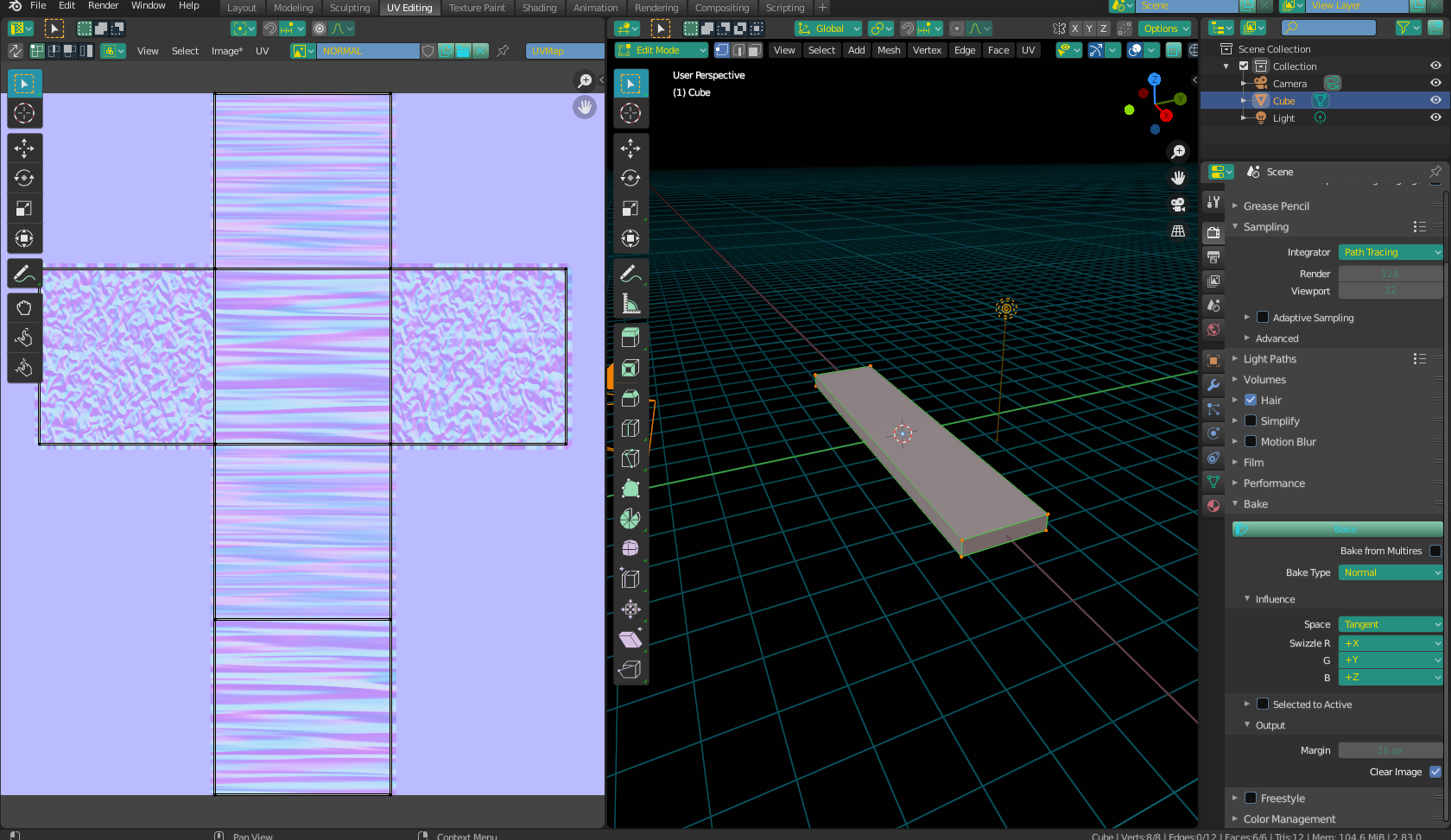 Then, you can connect your baked normal back up, and mix whatever colors or effects you want (such as roughness) in the shader. 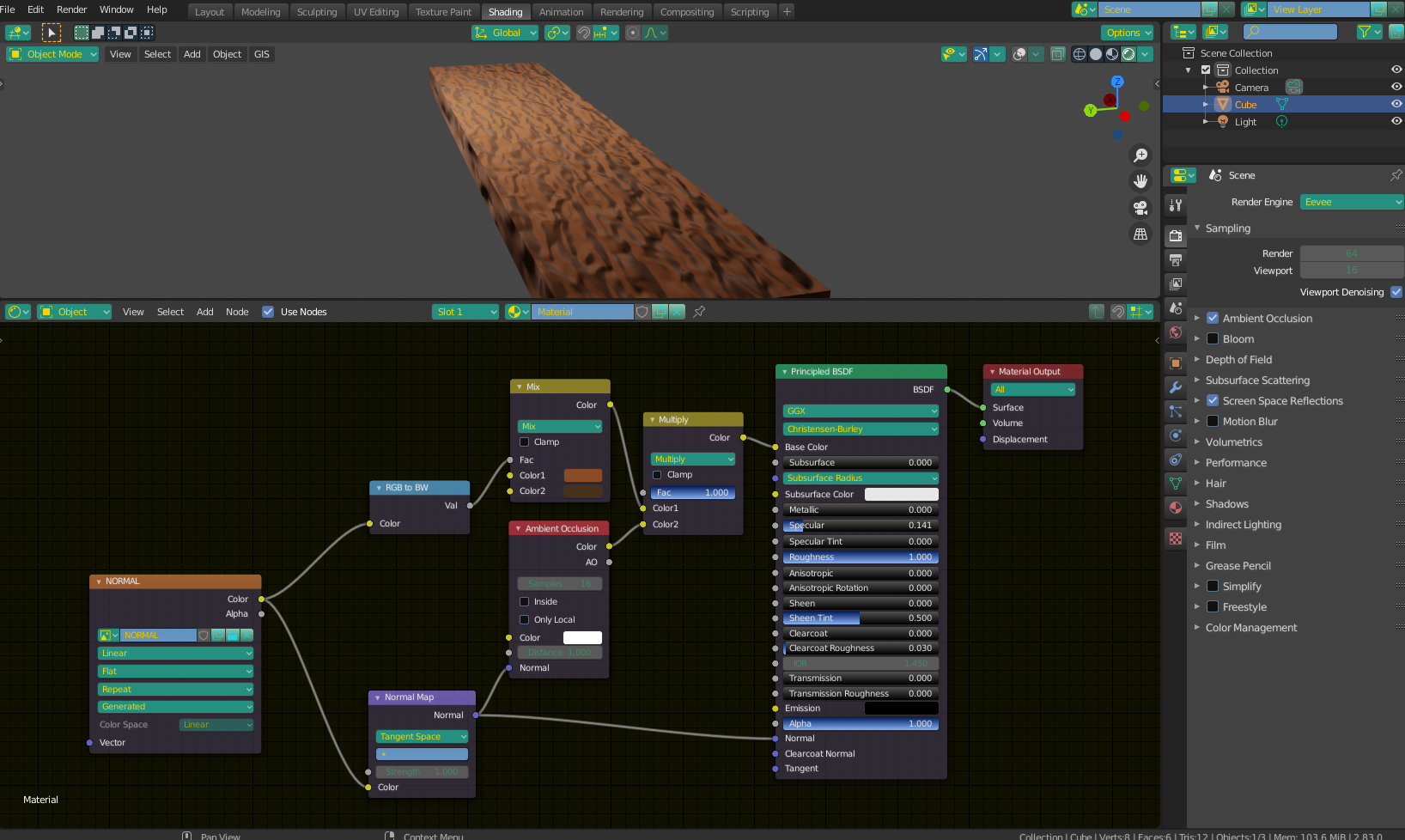 Now that I see your usage example, I'm not sure how much this high poly, low poly business is necessary. Given the look, you can probably get away with minimal deformation. You can even delete the back faces that won't be seen, leaving a very acceptable number of faces. 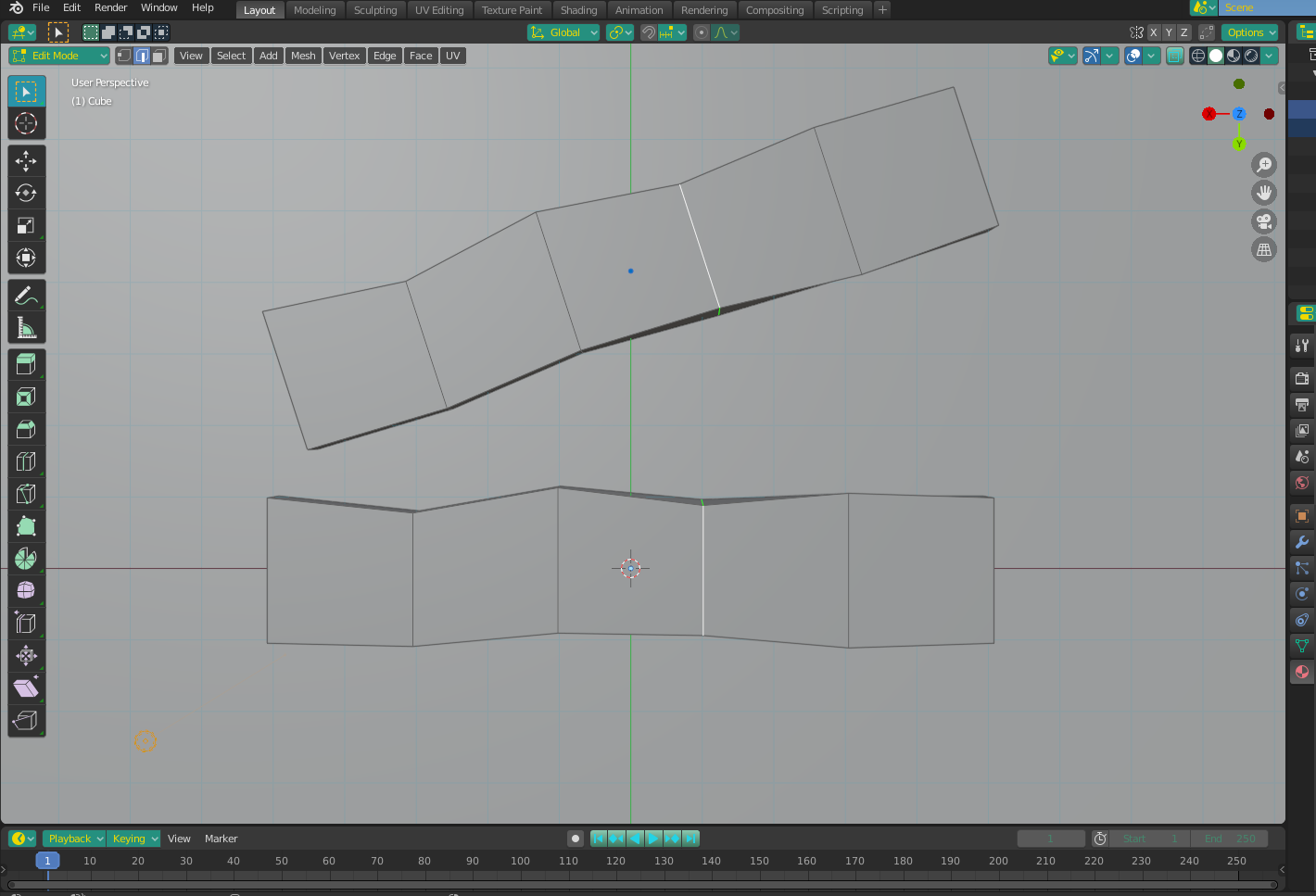 Then you can either use the approach I outlined, or use another PBR texture to add even more detail. 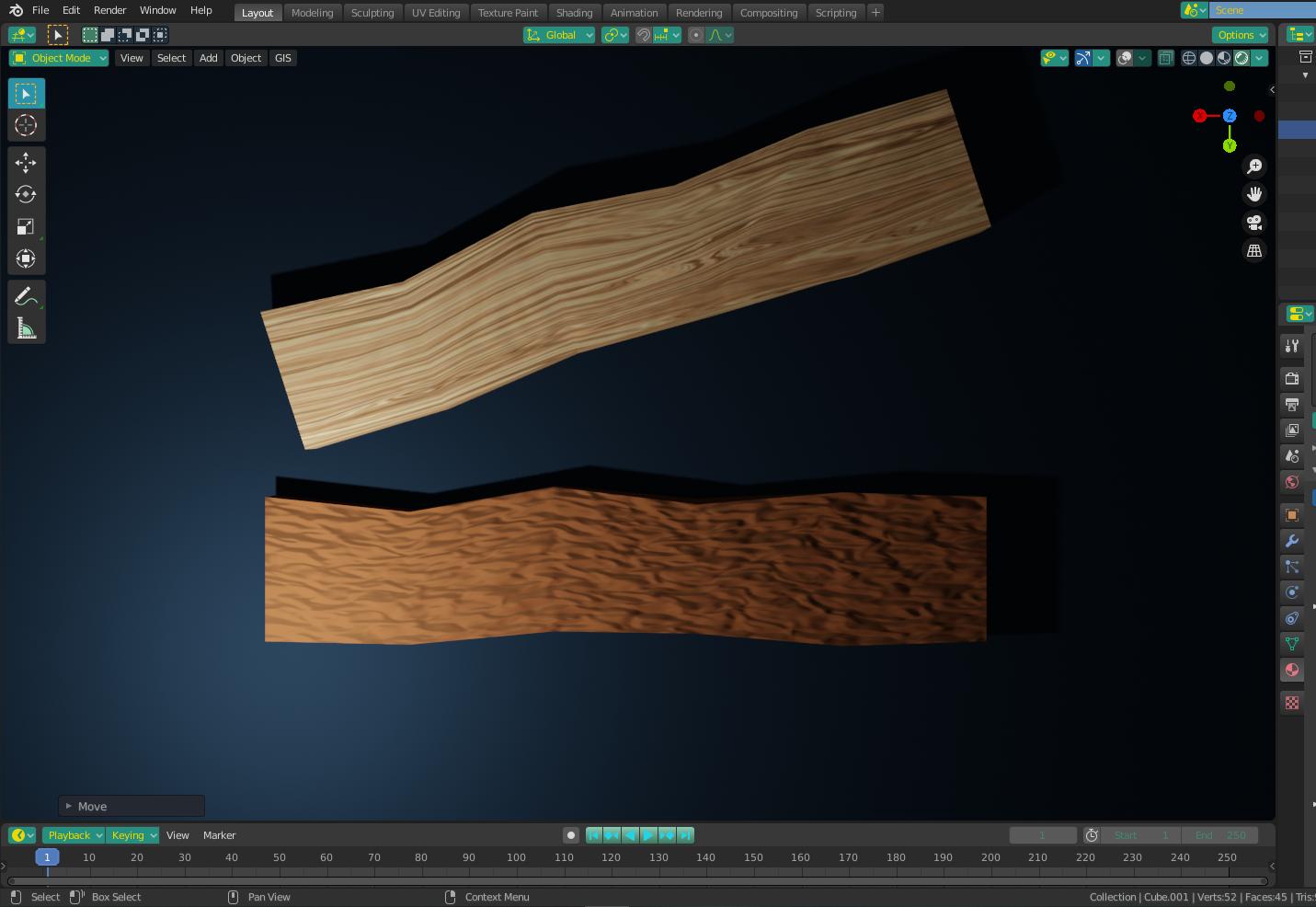 EDIT 2 - Here's one more with a small bevel and smooth shading. Each object is 29 faces. 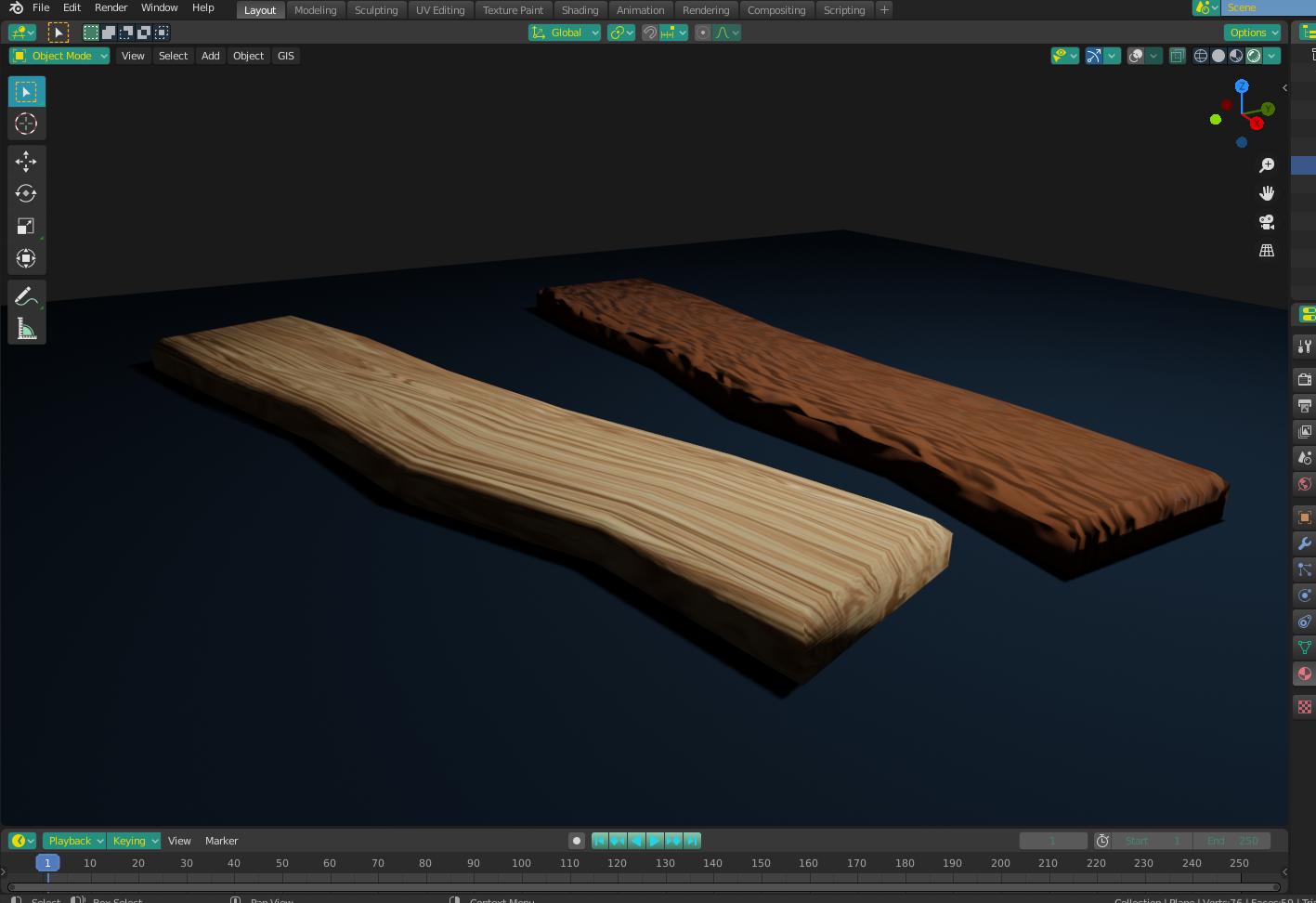 From experience, I and others will tell you that normal maps work best for details like bumps and crevices. They work very poorly--are unsuitable--for baking a "high poly mesh" whose silhouette is noticeably distorted compared to the original. You are not going to get anything good from that.

What you are trying to do in this example is similar to attempting to make the default cube appear as a uv-sphere (much rounder) just by turning on "smooth shading" for its 8 vertices. The problem is not just how light interacts with the object on its surface (a huge problem in this example), but that the silhouettes will not be changed with a normal map.

If you make both meshes the same shape and sculpt wood grain into the high poly mesh, that is exactly what normal maps are useful for and you can get nice results in Blender.

Not the answer you're looking for? Browse other questions tagged modeling baking unreal-engine or ask your own question.

1
Morphing low poly object to high poly object
0
Baking details from a high-poly onto a texture of a low poly model
0
Normal Maps seem to be baked with Low Poly Details
1
Paint high-poly mesh and then bake for low-poly, OR just paint low-poly with normal-map applied?
1
High Poly to Low poly normal bake looks weird
0
How can you transfer details from high poly to low poly?
3
Q: Excessive loss of detail when baking normals from High Poly to Low Poly mesh