How do you texture a remeshed particle system?

I try to make some interactive soil! And I already set something up that kind of works, but I have some problems in texturing it!

What I did by now is... I made a particle simulation via the molecular script, applied a particle instance modifier to another object and put a remesh modifier on top of it, plus two displacement modifiers and one subsurface modifier! So, but now I have the problem that I cannot texture it properly with image textures!

Does anyone have a solution for this? 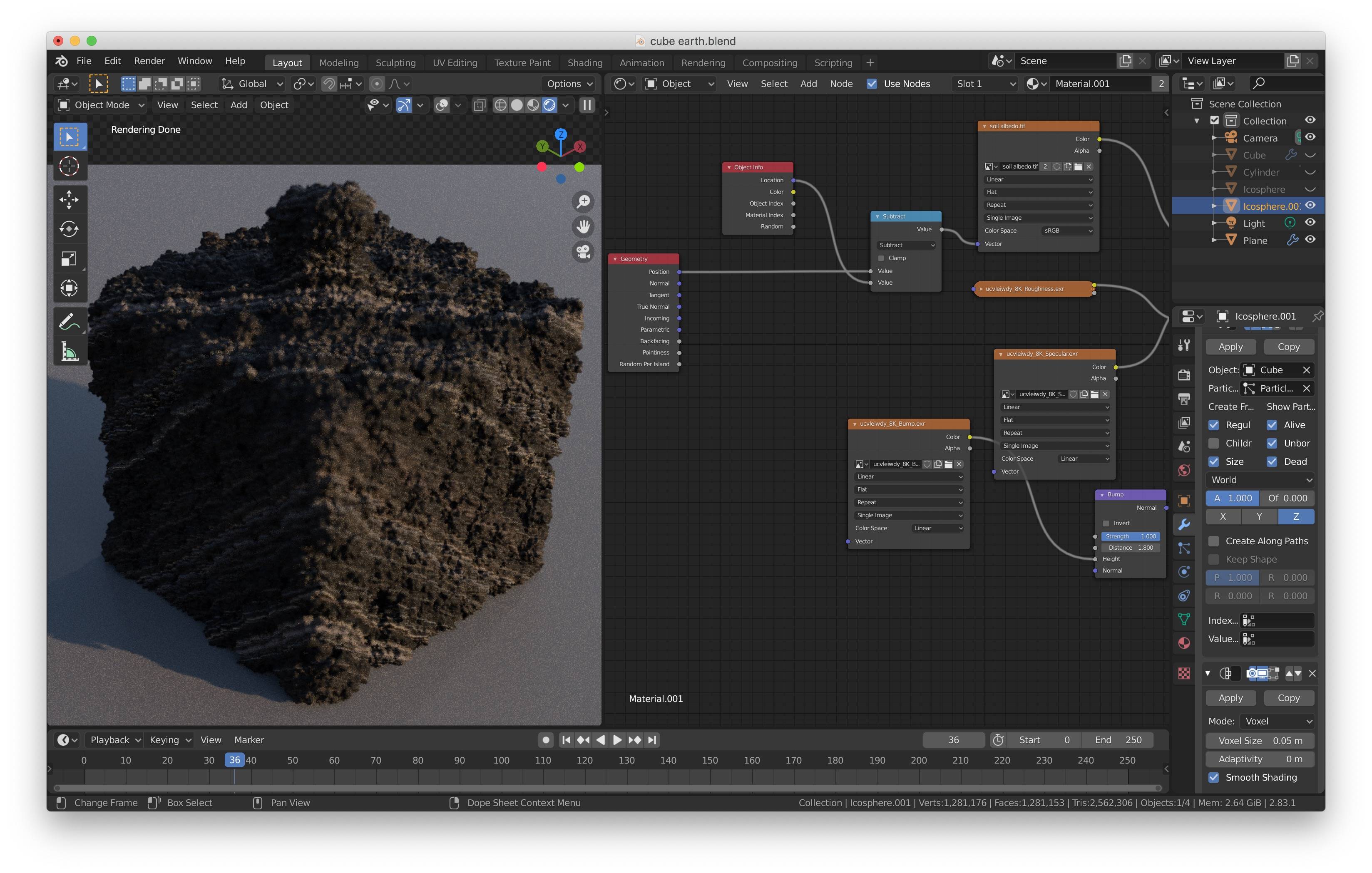 0
How to: High poly to low poly normal map + high poly texture + normal map of texture detail
6
How to add a displacement map on a plane using procedural textures with a layer mask
3
How to get rid of these displacement artifacts?
1
Cycles Node Editor: Double Diffuse problem
1
How can I add a second texture apart from the one I'm using with displacement modifier?
0
Particles don't “bend” with displacement
5
Bake in Blender 2.8
0
Displace modifier - undesired artifacts in texture