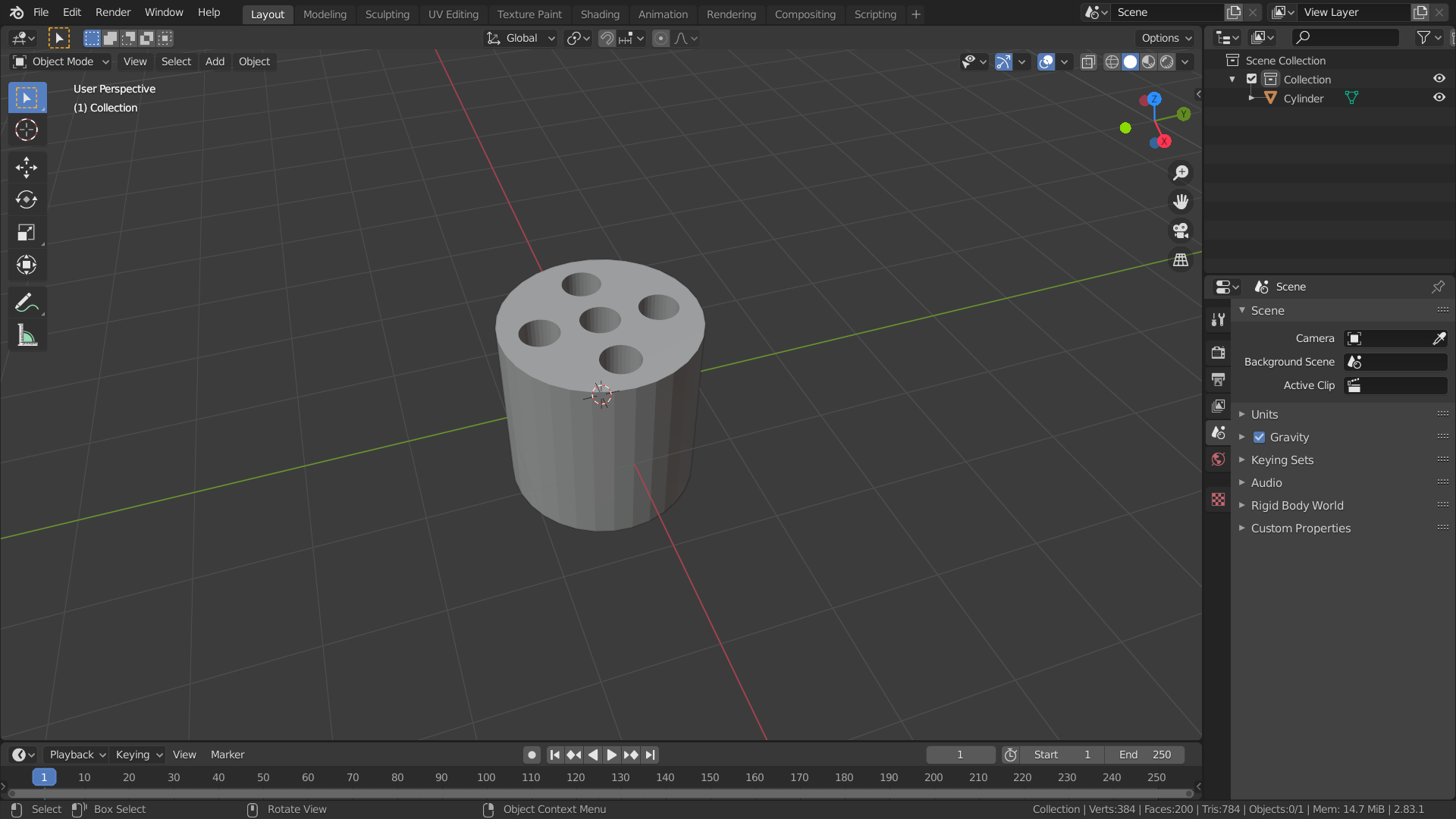 I am trying to solidify this object from the inside in Blender which was created using the Boolean modifier on a cylinder applied with five smaller radii and slightly longer cylinders. Using the solidify modifier doesn't work simply on this object as the holes begin to close after a certain thickness, nor does solidifying the cylinders before applying the Boolean modifier. I need to do this before I can duplicate particles having similar geometry and fill them into a container to simulate a packed bed packing.

As a second and maybe more important part to this question, does not solidifying this particle from the inside even matter from a physics/simulation perspective with regards to how the particles fall and interact with each other in the container?

Solid is a relative term : ) especially in 3D computer graphics. Everything that looks solid in (almost) any 3D environment on a computer is made up out of points(or vertices) in space with lines(or edges) between them, with planes(or faces) filling up the space between the lines. But nothing visually fills up the space between these elements, and it is essentially a shell. Even though properties like volume and mass are used in physics simulation, this shell is (partly) used to derive values for such properties. So there is no need for "solidifying the inside".