Why are my object's shadows so janky?

I'm trying to sculpt some stylized boulders for use in Unreal Engine. I got something I'm happy with: 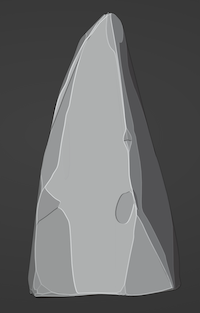 However, whenever there is light on them, the shadows look pretty messed up: 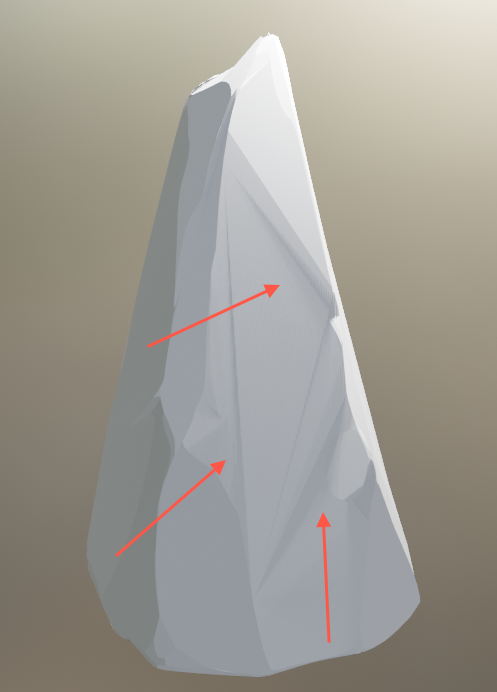 After digging around for clues, I found a few posts here regarding non-planar faces. I tried using Clean Up > Split Non-Planar Faces, but it really messes up the look: 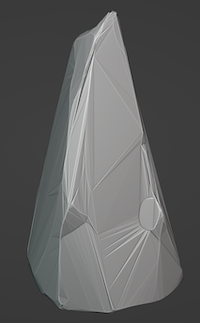 As does Clean Up > Split Concave Faces 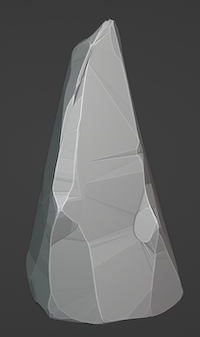 How might I go about fixing the faces while preserving the look?

Thanks a million in advance!! I've also uploaded the blend file in case it helps.

The reason this mesh has strange shading is because of the topology. 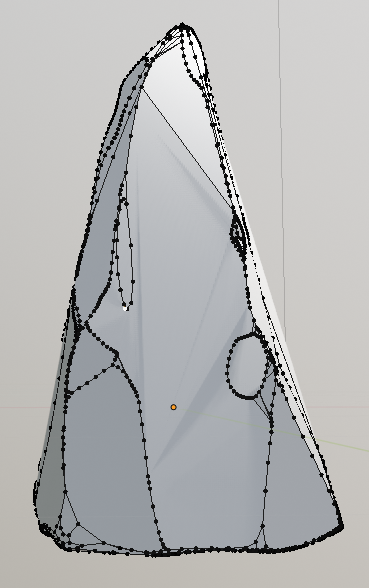 Polygons which are made of more than 4 vertices are called ngons. These ngons are pretty extreme in your mesh as you can see. While ngons have their place (on totally planar faces) if an ngon face has even the slightest twist, then it will cause horrible shading.

This is why in 3D modelling (especially for beginners) people avoid ngons and aim to keep faces consisting of no more than 4 vertices, which are called quads.

Another way to make these kinds of stylized rocks is to add a cube. Subdivide it with constant detail and then enter sculpt mode.

With the scrape brush, you can scrape away at the faces of the heavily subdivided cube to get nice flat edges.

Once you're happy with it, you can leave sculpt mode and then add a decimate modifier and decimate the rock to reduce the polygon as much as possible (lower the value in the slider to somewhere near 0.01).

This is how I make stylized rocks.

I just added a rock I did just now.

I just rushed this so with a bit more time and effort put into it, you could get something looking nicer but hopefully it'll give you an idea of how the topology should look. 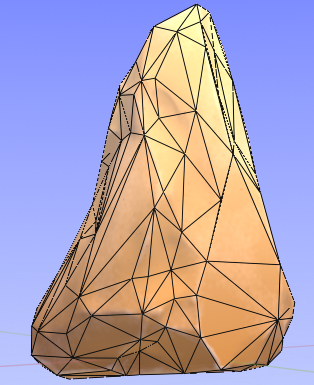 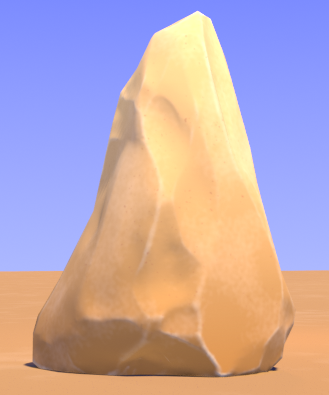 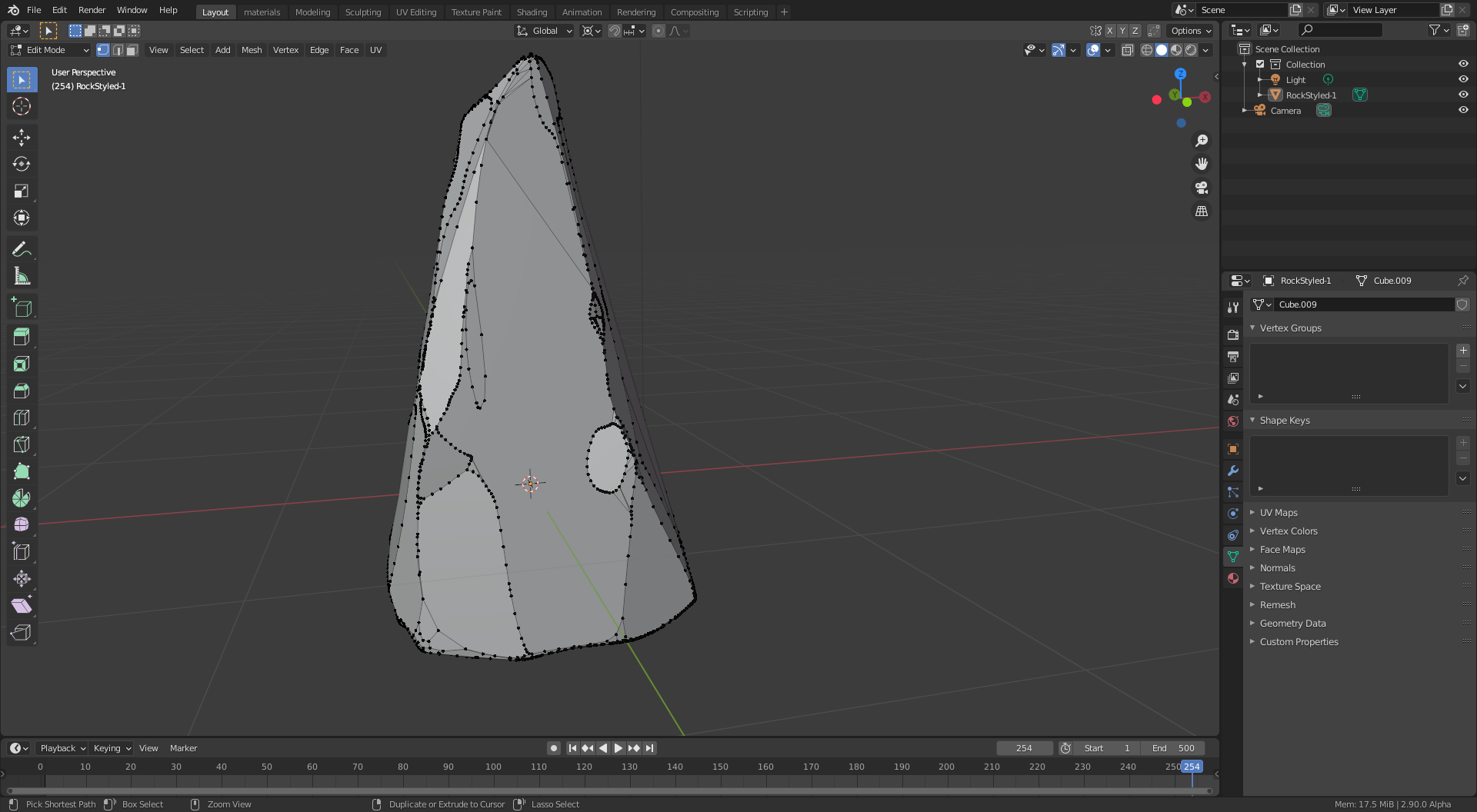 At the time of rendering all objects get subdivided into triangles. 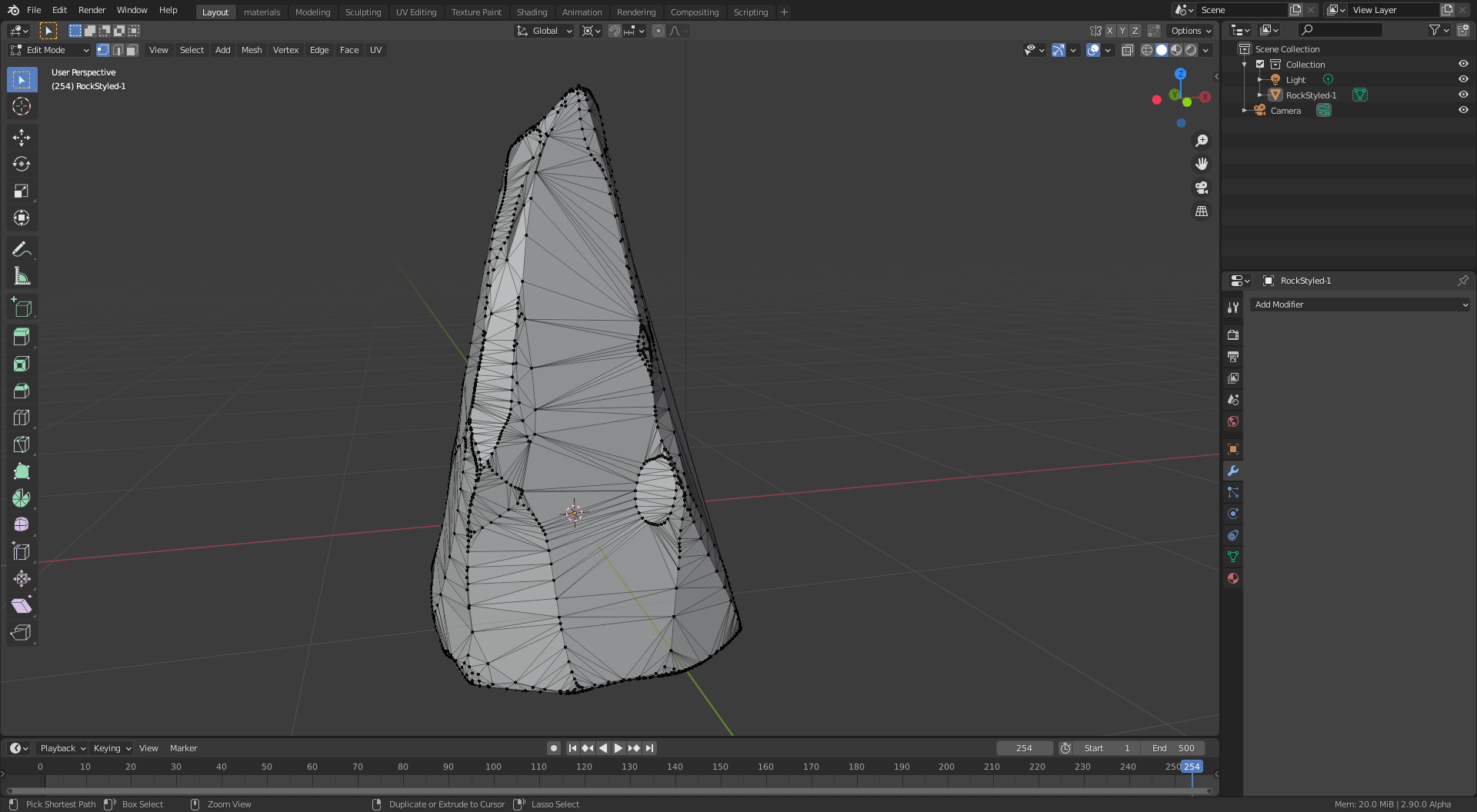 I cringe just looking at this horrible mess.

The takeaway is this: objects (yes all objects) should be created with some notion of the topology. Fixing things later is much harder and time consuming. It has been written many times in this site "topology is your object", is not something that you add at the end like icing on a cake.

So how to fix it? you need to re-topologize. There is no de-janker tool...

There are a lot of videos out in the Wild World Net detailing how to do it. Basically it comes down to creating a new object, and using the old one as reference to pin new faces, using proper quad topology.

If you want to try blender 2.9 there are new tools to make re-topology much easier.

After looking at your uploaded file, I would say you don't have enough geometry to describe the object without having non-planar faces, and using the Split Non Planar Faces command will only produce more non-planar faces as it tries to remove the old ones. You can see this if you do the same command again, it still splits faces. What you need is more even geometry, instead of long, thin faces, or 'curvy-edged' faces where the vertices describing those points are not on a plane. First, try retopologising to get rid of those long thin triangles, then add edges across your faces to produce quads or tris that are planar. You can also experiment with the remeshing tools in the remesh section of the object data tab in the properties window. I'm curious how you ended up with that geometry, it looks you you used some non-standard workflow. Nothing wrong with a non-standard workflow, but sometimes, unless you know what you are doing, you can end up with problems like this.

Not the answer you're looking for? Browse other questions tagged modeling sculpting lighting shadows or ask your own question.

1
Why are there no shadows on the ground?
5
How to minimize/soften the shadows?
0
Why are my shadows stuck?
1
How can I manually fix nonplanar geometry?
4
Why are the 'Sun' shadows different to other light sources? Blender 2.8.1 Eevee
2
Lighting doesn't make objects cast shadows
0
Why are shadows not appearing?