I'm making some models for a fighting game and recently I have a problem while texturing. When I unwrap my mesh, there are single faces which I didn't mark seam, and they are missing from the whole group. For example, I marked the character's foot bottom, but there are single faces that aren't connected to the mesh when I unwrap. I tried a lot of stuff, but I couldn't make it worked.

This character in particular is an edited model from the first one I did, so i could then import the armature and have some commons moves in it, maybe I screwed up while modeling somehow? What seems to be the problem?

I tried to flip normals but it didn't changed a thing, in fact, they were fine already.

Part A) Assessment with Blender 2.7x.

(i) here are all the areas that may need some more attention because they are all overlapping quads. The entire texture will show up on every one of these quads as a tile. 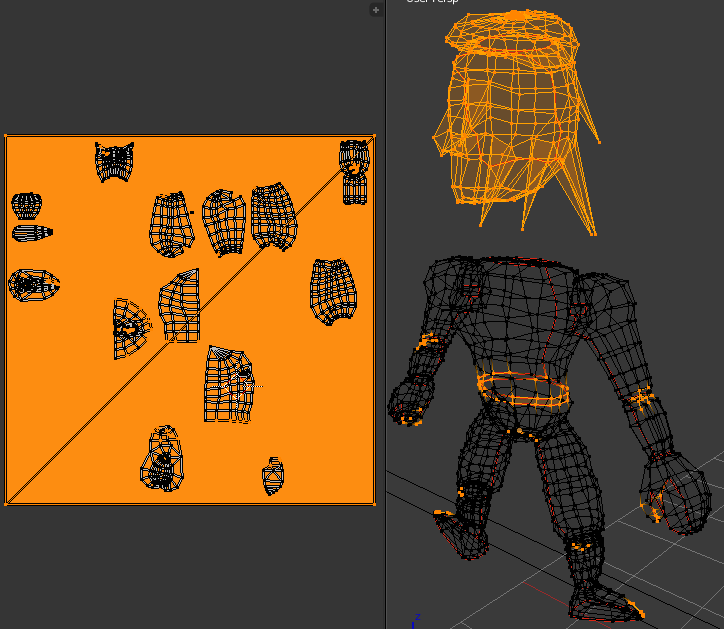 (ii) In the following area, there is a noticable overlap of the UV faces. This tends to happen when there are non-planer poly's along a curved surface. Separating this island into two pieces using a seam along the affected should help to clear this up. 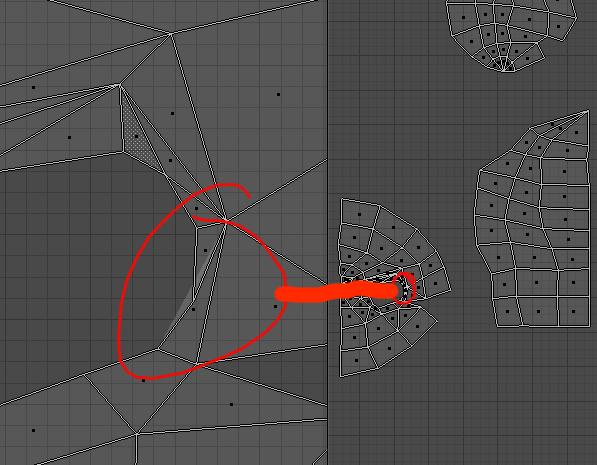 (iii) The bottoms of the feet look like this for me(still have not checked 2.49b) 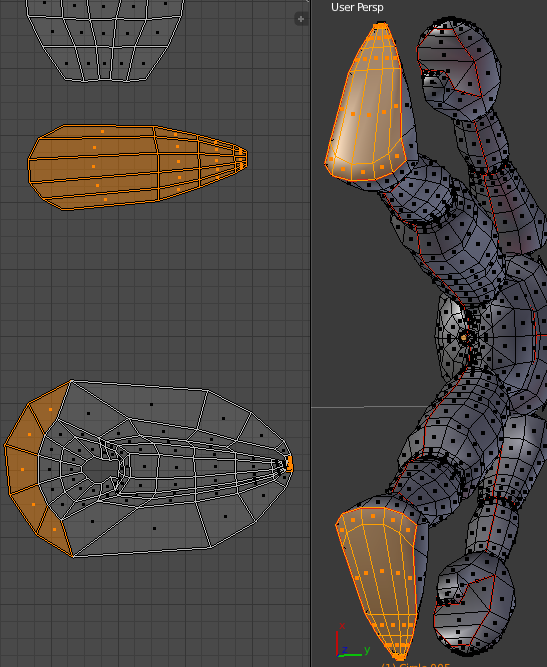 (iv) The spikes on the head are very long and cannot be unwrapped as a continuous piece without heavy stretching. 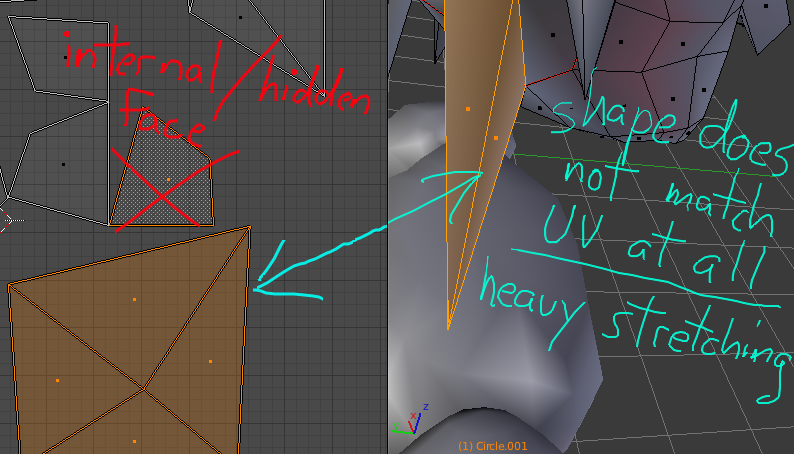 (v) As a general guideline, I feel it helps to imagine the UV's as being made out of paper which has a picture printed onto it and since paper does not stretch, it's good to avoid stretching the UV's by marking seams at any sharp transitions. I tend to mark seams at all 90 degree angles. For a model that is roughly spherical shaped, I use the axis as guides to follow the 90 degree guideline 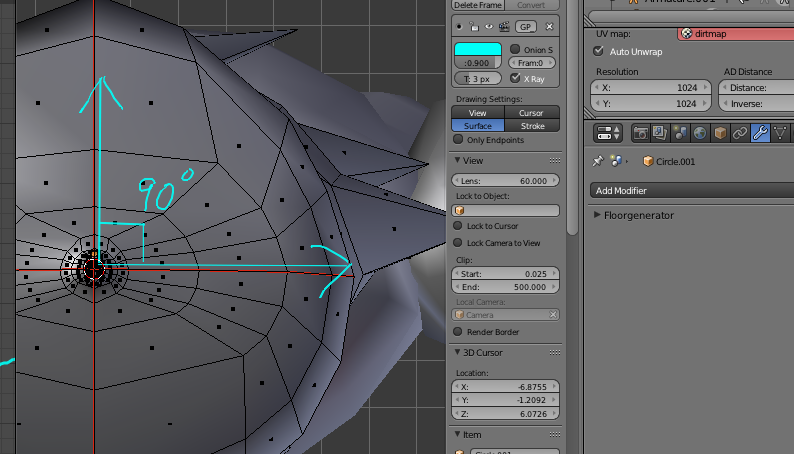 (vi) The following image shows where some of these mysterious unmarked quads are coming from. They are internal faces that I guess happened from repeated extrusion operations.

(vii) Now in the following image I have Unwrapped the model again after adding a few seams and deleting some hidden faces and there is just one little stray UV island and when it's selected, it reveals a part of the mesh that is a bit tangled and has an overlapping redundant quad that should be removed. 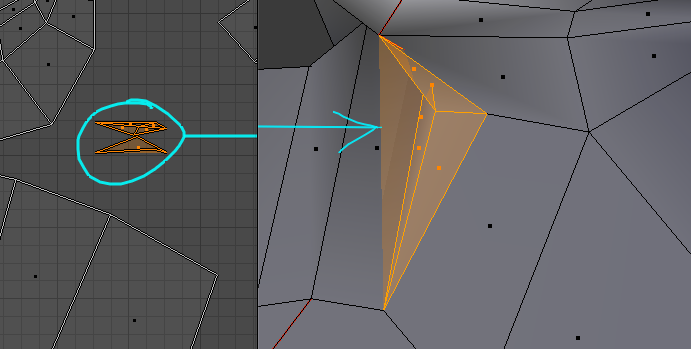 (viii) Once you have a cleanly unwrapped model, it's a good idea to inspect the UV's by zooming in and panning around to check for problem areas that are not immediately obvious. In the following image I've circled a quad that comes to a very sharp point. This is certain to cause problems with baking. Pixels from neighboring faces are probably going to bleed over the sharp tip and cause noticeable artifacts. A vertex can be selected and manually moved over so the quad is more properly shaped. 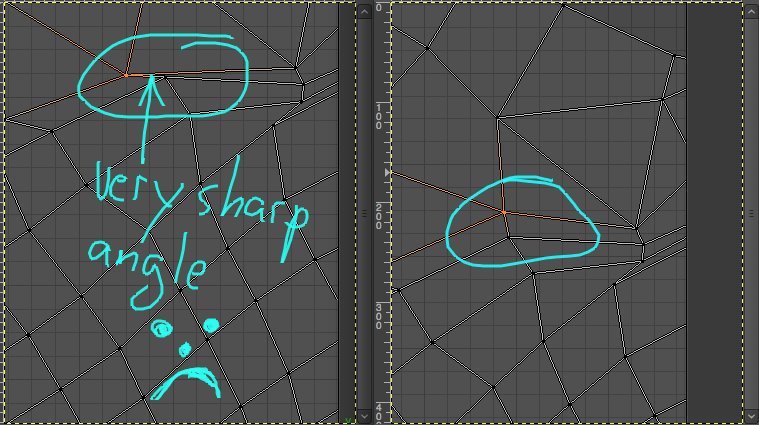 (iv) One other thing that helps to reduce UV mapping errors is to zoom out so the UV's are really small and verify that you can see a clear distinction between all of the islands. When a model is far away from the view and rendered, the UV's will also be very small and the renderer will have a hard time mapping the texture to the proper coordinates. This causes colors from one island to bleed over the edges of other islands, it shows the seams. With normal maps it can be even worse because there will likely be some very noticeable flickering. 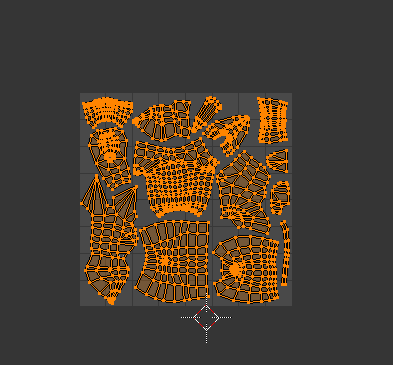 I'll post the repaired .blend file in the comments when it's ready. I've baked an AO texture using Cycles to show the results. 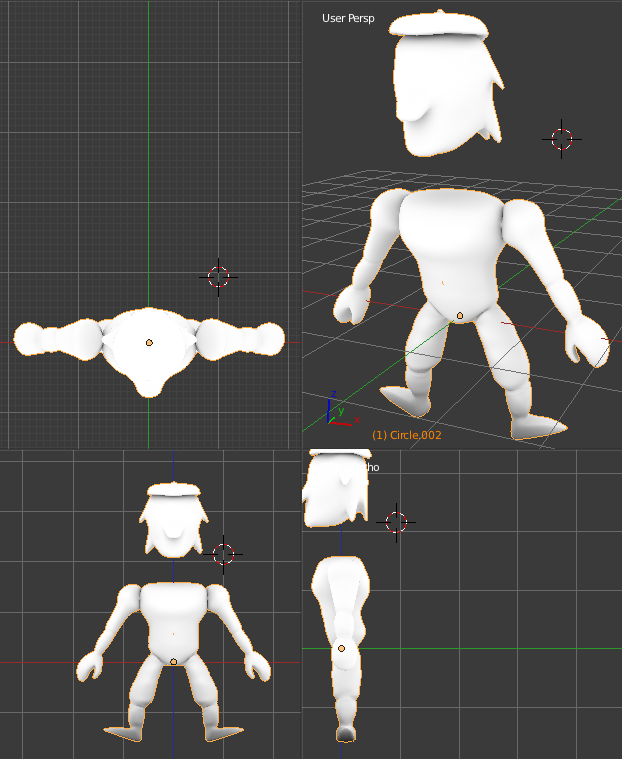 8
Simple UV Mesh Unwrapping Scale issue
1
Why can't I UV Unwrap this model like this? Extreme stretching
0
Unwrapping planar rectangle doesnt result in same rectangle in uv editor
0
Fixing black faces in texture after using dyntopo
1
Edges won't join / UV unwrap issue Blender 2.8
1
Problem with UV MAP and Unwrap
0
Why is Blender separating every face of this model when I unwrap it?