How to align object well enough to integrate into array modifier?

Edit: I found the merge checkbox on the array modifier (whoops.) But the alignment problem is still interesting...

So, let's say I'm following yet another tutorial from the blender Guru, how to create a spaceship corridor. This thing is a beast.

So we start with modeling a quarter of the ship, since it is all nice an symmetrical. Like so: 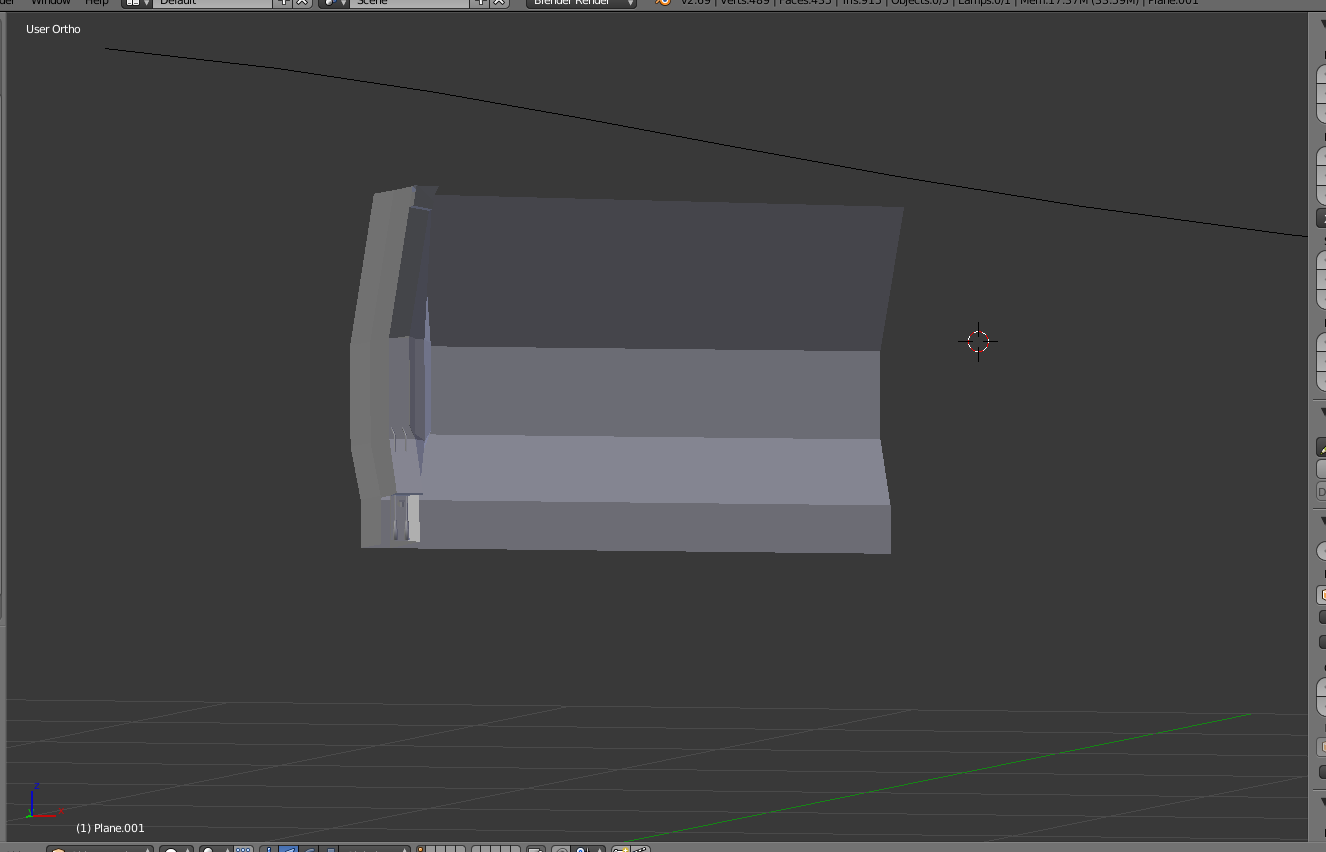 We proceed to mirror it into something that looks a bit nicer: 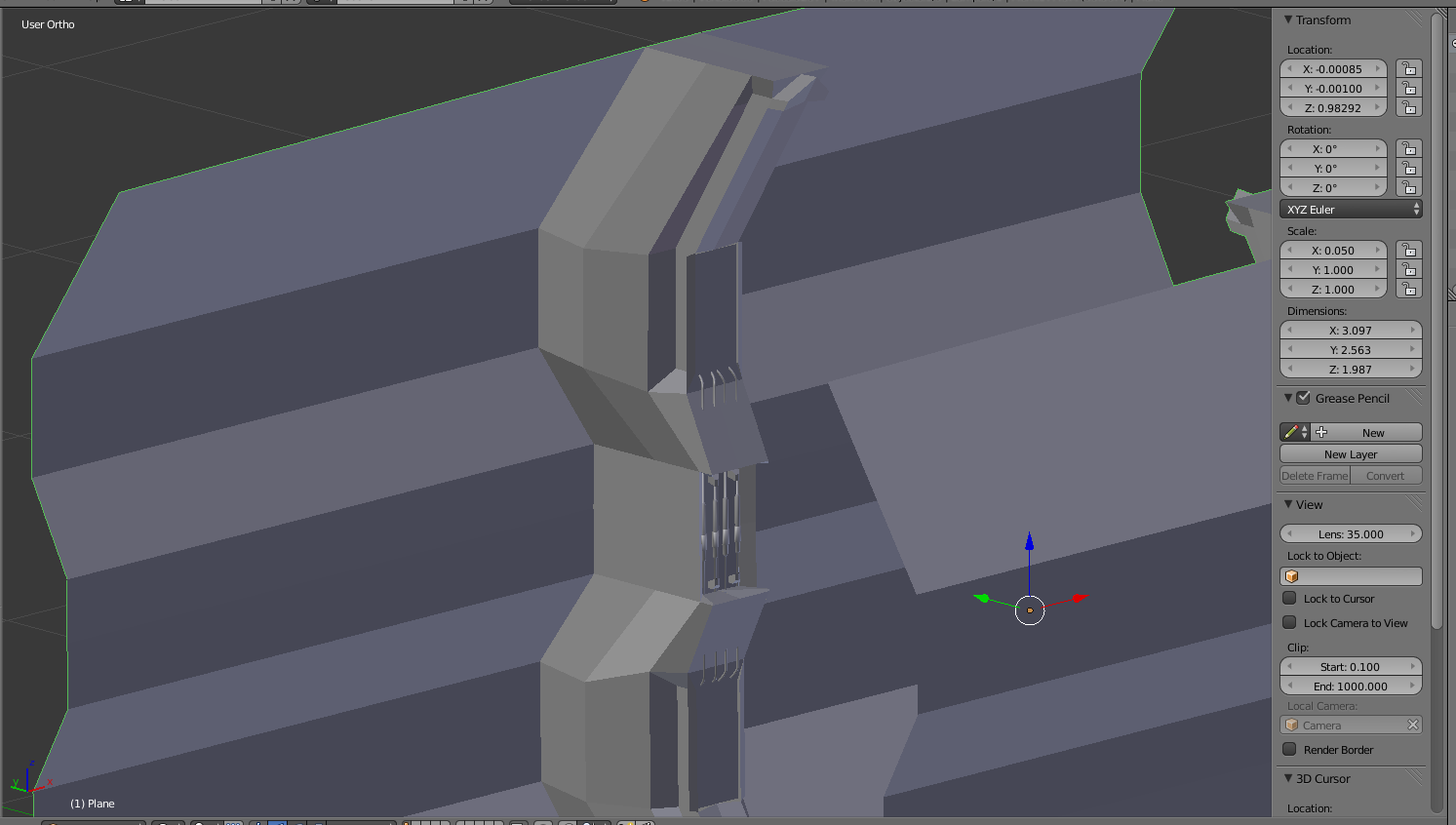 Great! Then, the guy simply adds a plain to act as the bottom. Simple enough! 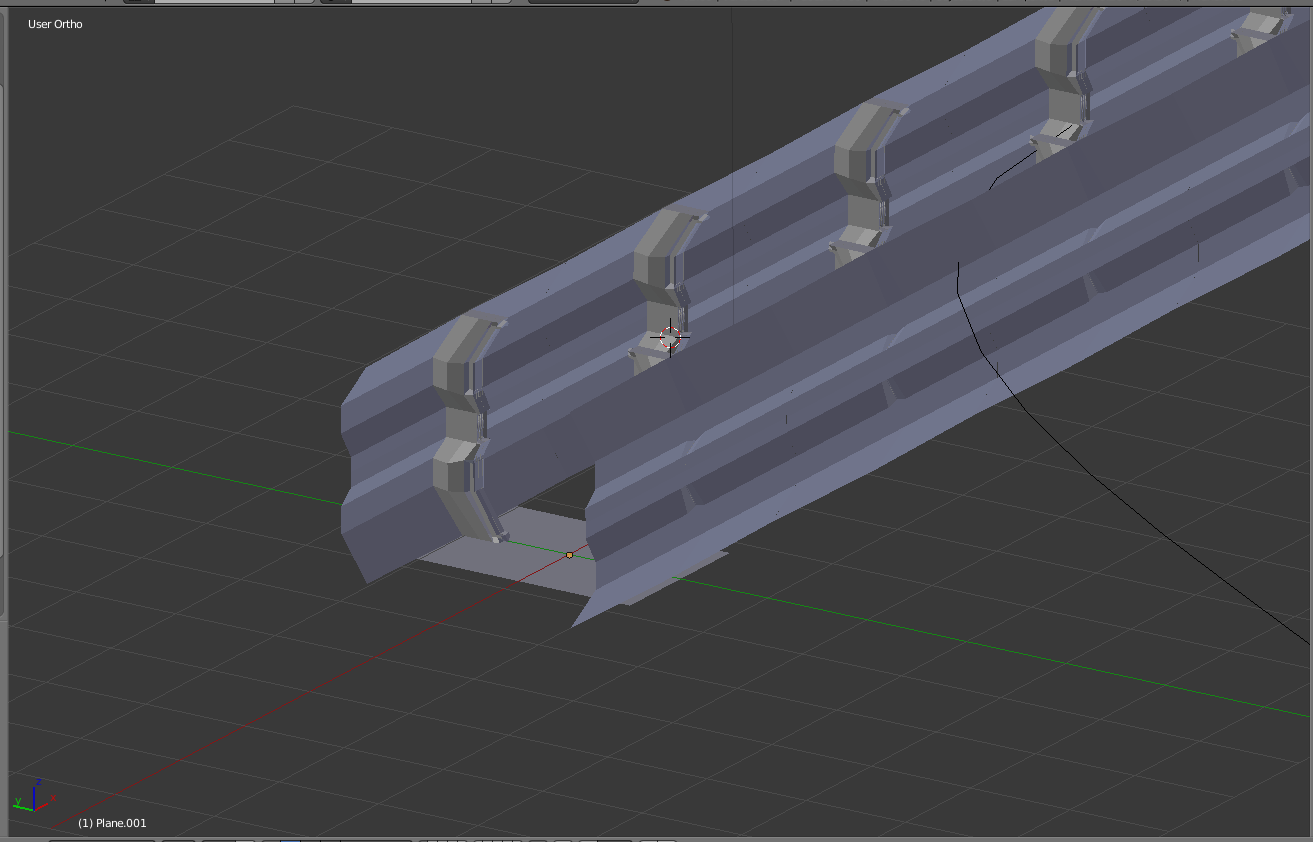 And Viola! We hit CTRL + J and expect the the object to join that which is being mirrored. Unfortunately, I can't seem to align it right. I'm exaggerating for clarity, of course, but I get either: 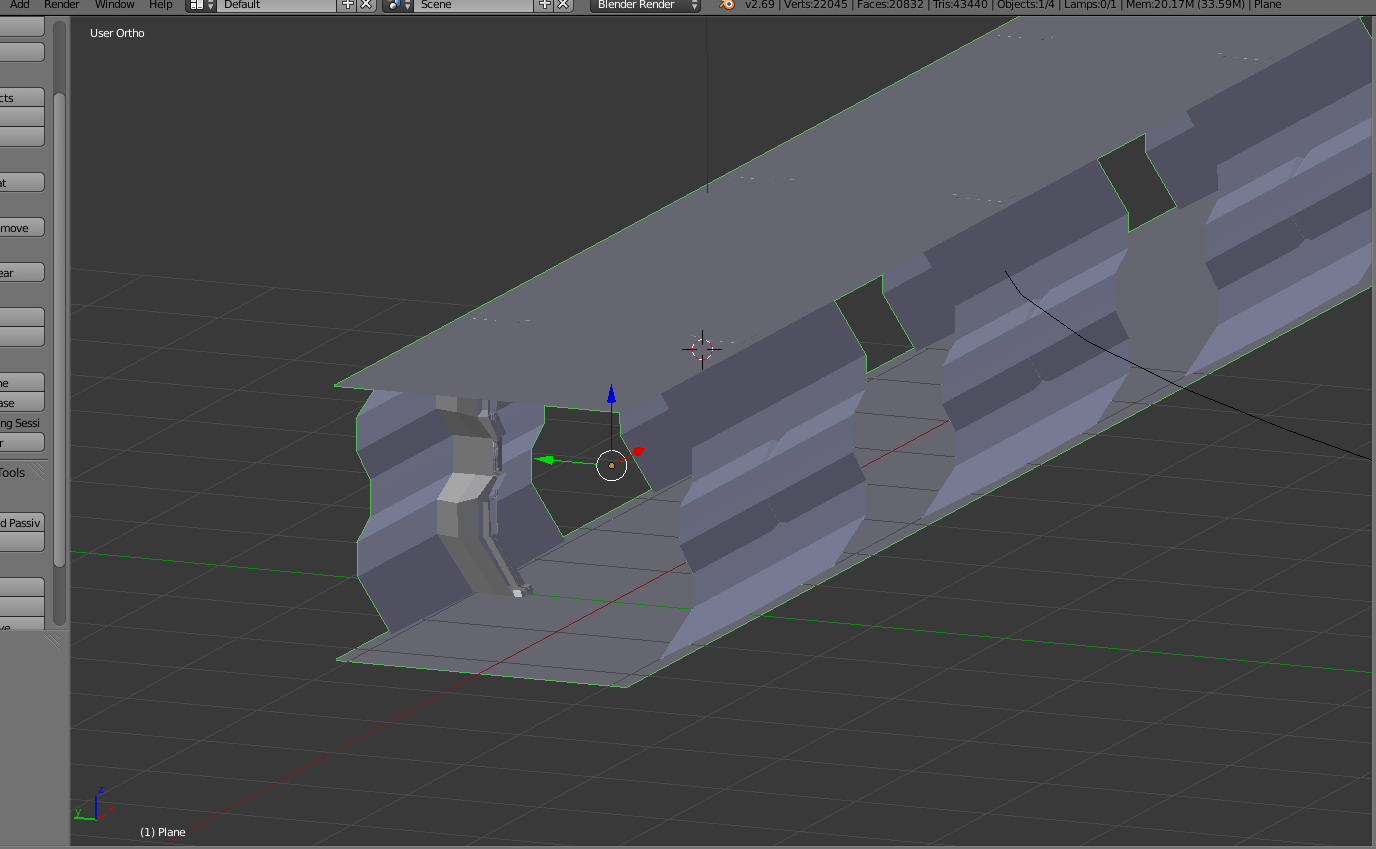 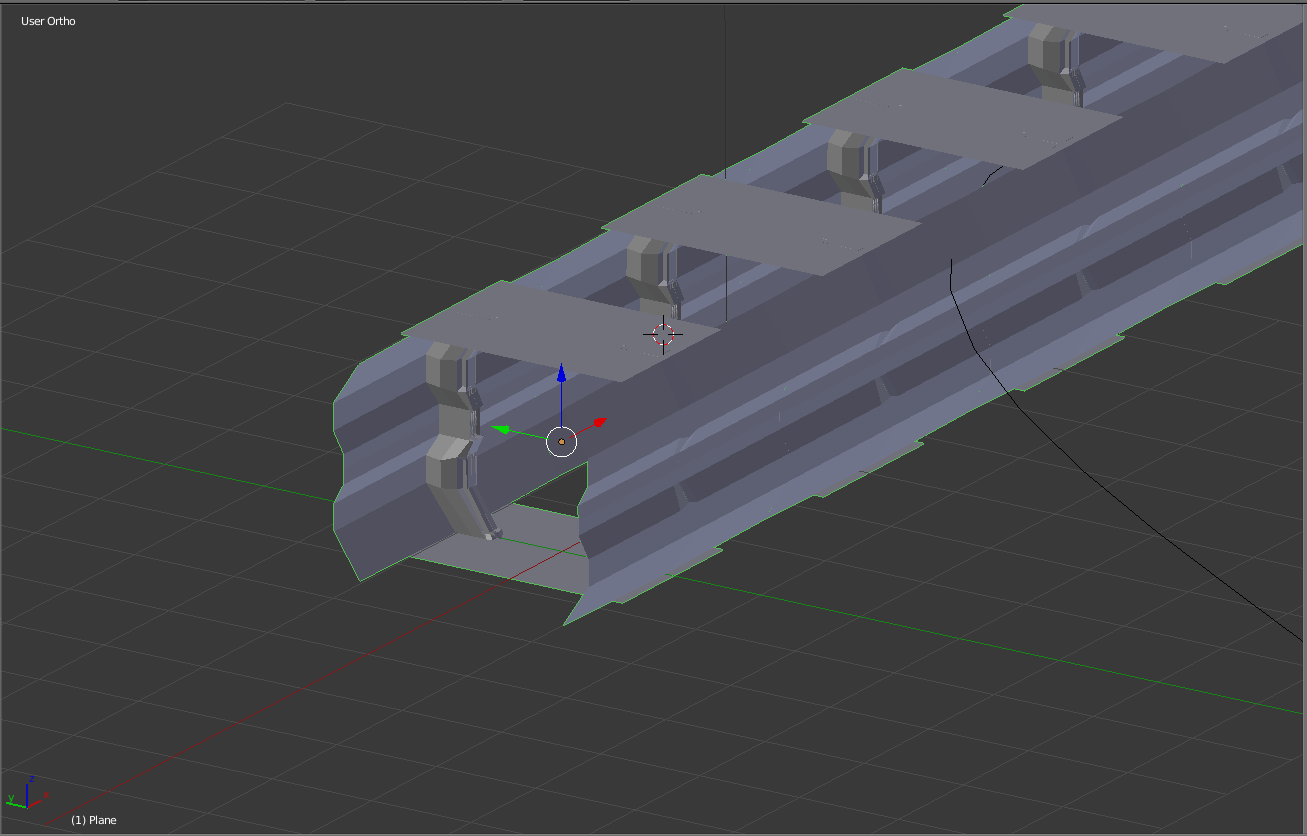 I can't seem to figure out a way to alight this in a reasonable amount of time so that the edges actually touch each other. As you see, when I am seeing the "Array" modifier, it makes no effort to weld the pieces of the array together, instead just putting the "pieces" as close together as possible with no overlap. Therefore, the floor has to be exactly the same size as the original mirrored piece! I can't seem to make this happen!

Thank you very much to anyone who can tell me how this can be done properly!

Joining your objects changed the plane's bounds, using the corridor's bounds. Array modifier is using the object's bounds as a reference (1) for the relative offset. The bounding box can be visible, it's a box containing your complete object. 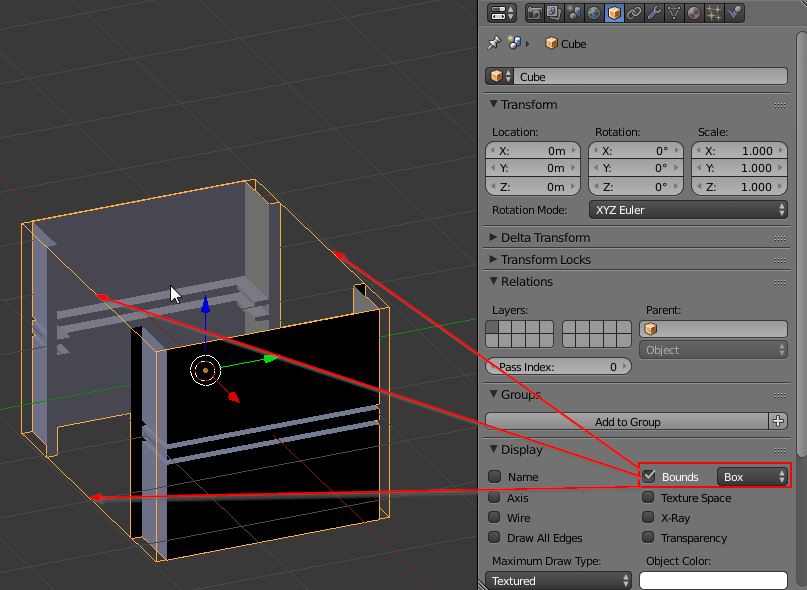 Your plane is smaller than the bounding box, so it's repeated inside it. You need to fix it's topology to fit the bounds of your corridor. 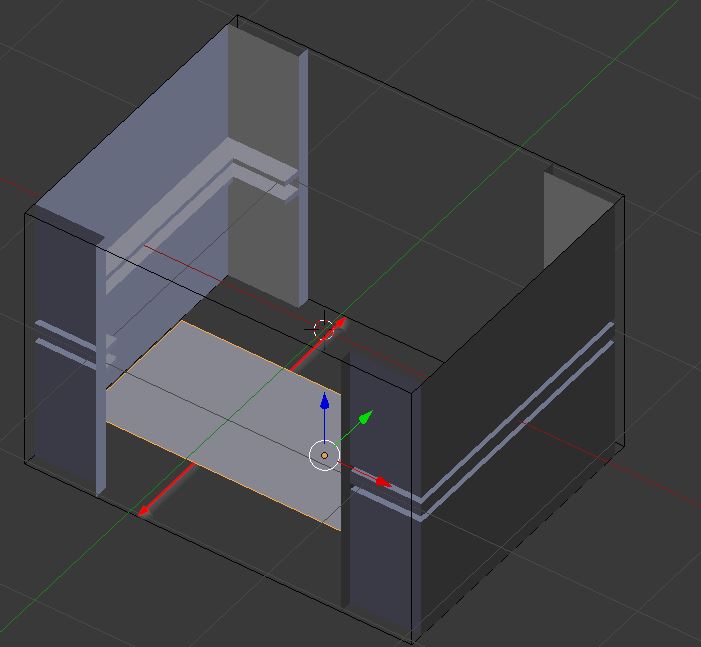 To do this, activate vertex or edge snapping 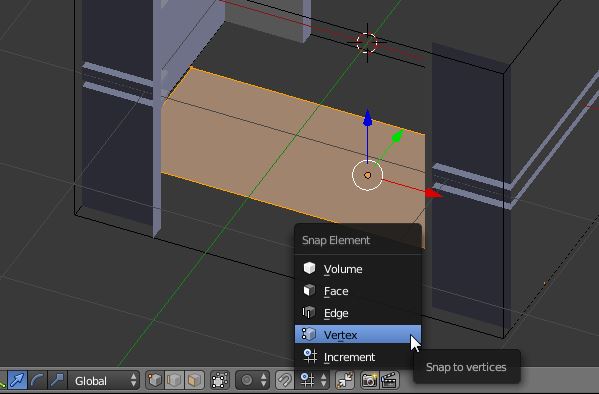 Move the needed vertices/edges along 1 axis (Y on my sreenshot) with G, and X, Y or Z. The mouse cusror will change when close to a vertex/edge it can use to snap 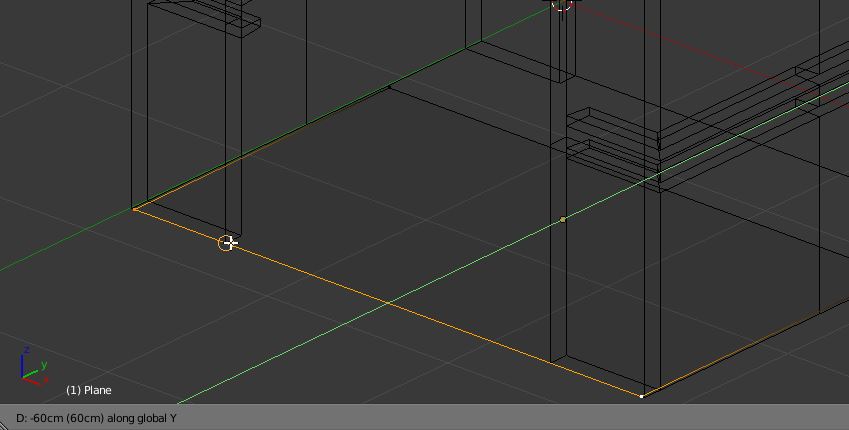 Do the same on the other side 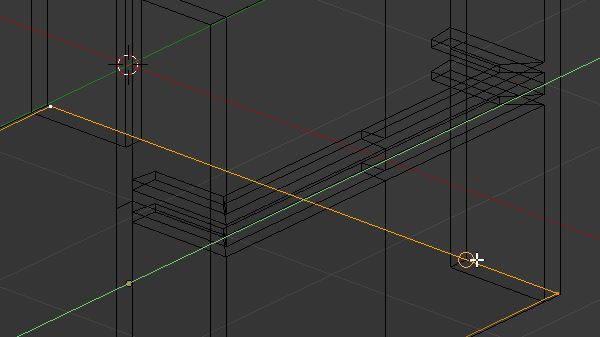 Now your plane will fit the corridor's array.

0
array modifier and object offset
2
Array modifier changing second array modifier
0
how to align and array
2
How to fit an object generated by the Array modifier into a frame precisely?
2
How do I stack triangles into a bigger triangle with array modifier?
1
Array / fit curve modifier doesn't produce a long enough array to fit entire curve