I had some issues with UV mapping walls in a room design that I thought I had sorted out but recently, after a couple of changes to the associated walls, it has all gone to pot and, at some point, I have altered some setting that is preventing me from expanding and mapping the walls into Islands that I can expand over repeating images of the wallpaper images. This did work before but is an absolute mess now.

Even if unwrapping creates a UV map in UV editor, I can no longer scale or move to any image size that is anything other than tiny.

The Room is called Living Room.

The fireplace end of the room (3 walls of the fireplace itself and the 2 walls at the side) should be in StriaPlum material. If I could map in UV Editor, it would be vertically 4.33 times the image, actually called Image (originally was graham-brown-wallpaper-20-200-76_1000.jpg but at some point, the name got changed). That is 13 stripes in total, with the middle shade 1st (purple 2nd)

All other walls, side and around the window, are StriaStripe material. This horizontally would be horizontally 7 times the width of 20-944_3 image.

For the images used, I had these defined as Repeat in UV Editor as they were perfectly symmetrical for this use.

Also the floor should have used Carpet 01 as defined in the object Material but that has gone to pot as well.

I would map it myself if someone could help sort out why the UV unwrapping is no longer workable but am just giving the details above in the hope it may help explain the type of unwrapping I am trying to do.

I had even set up a spreadsheet so that I could map the islands with perfect ratios over the repeating map, and this approach had worked before, when combined with Project from View and scaling/tweaking.

I will upload a Blend file to look at. Link is https://www.dropbox.com/sh/kc48wpztqwefjmc/AAB5XSMhmDwKv199p2A8a4uva?dl=0 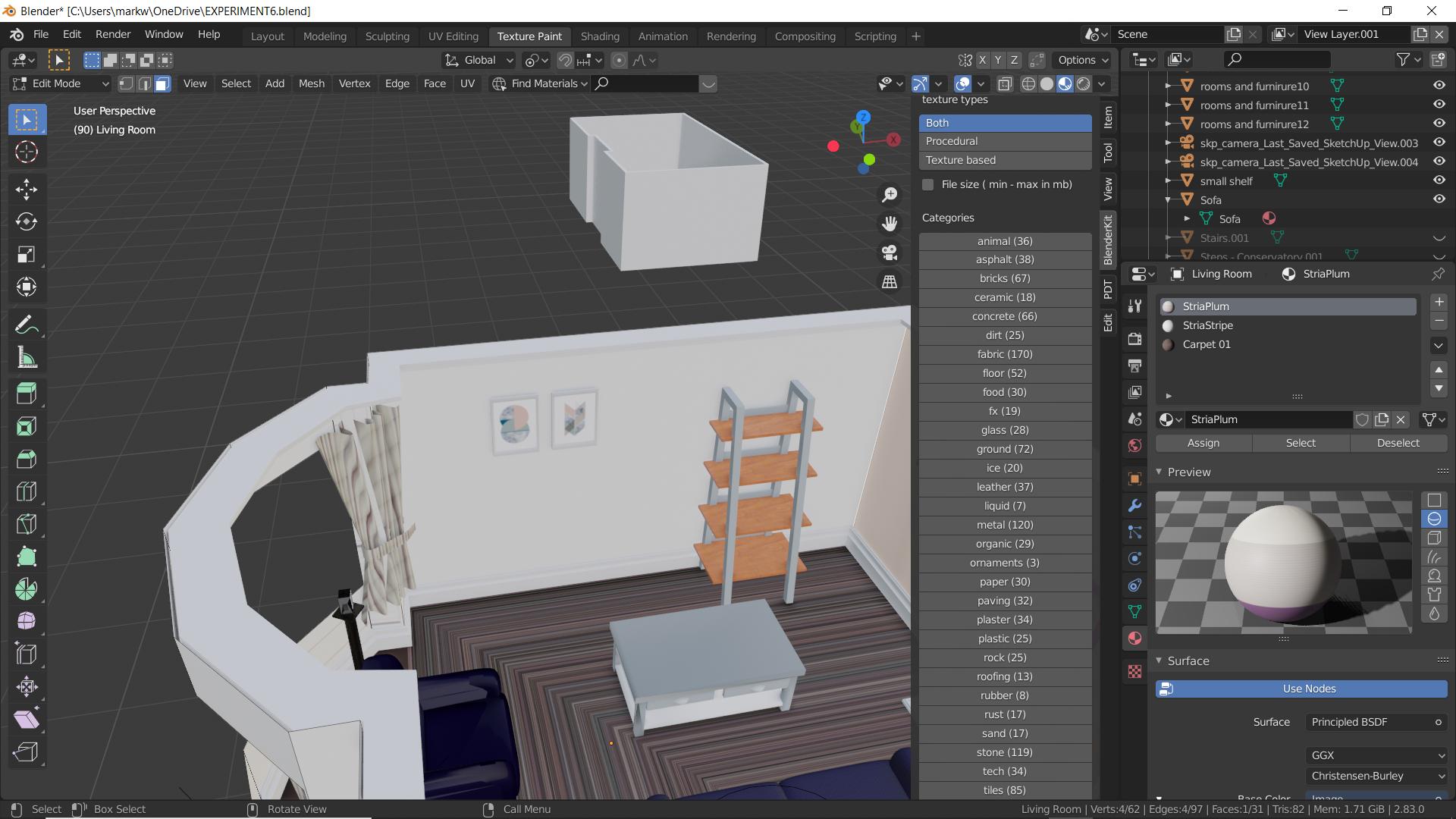 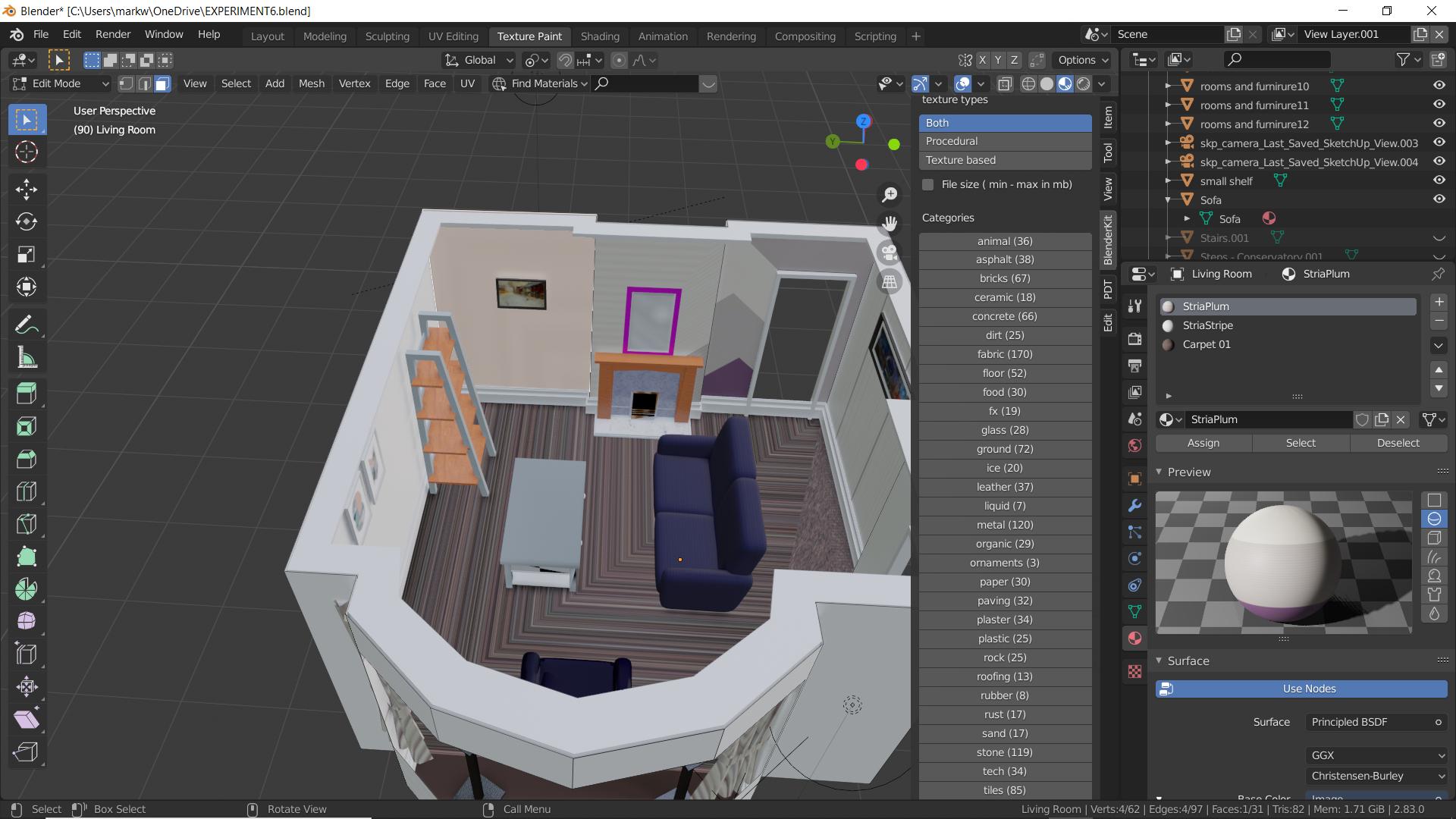 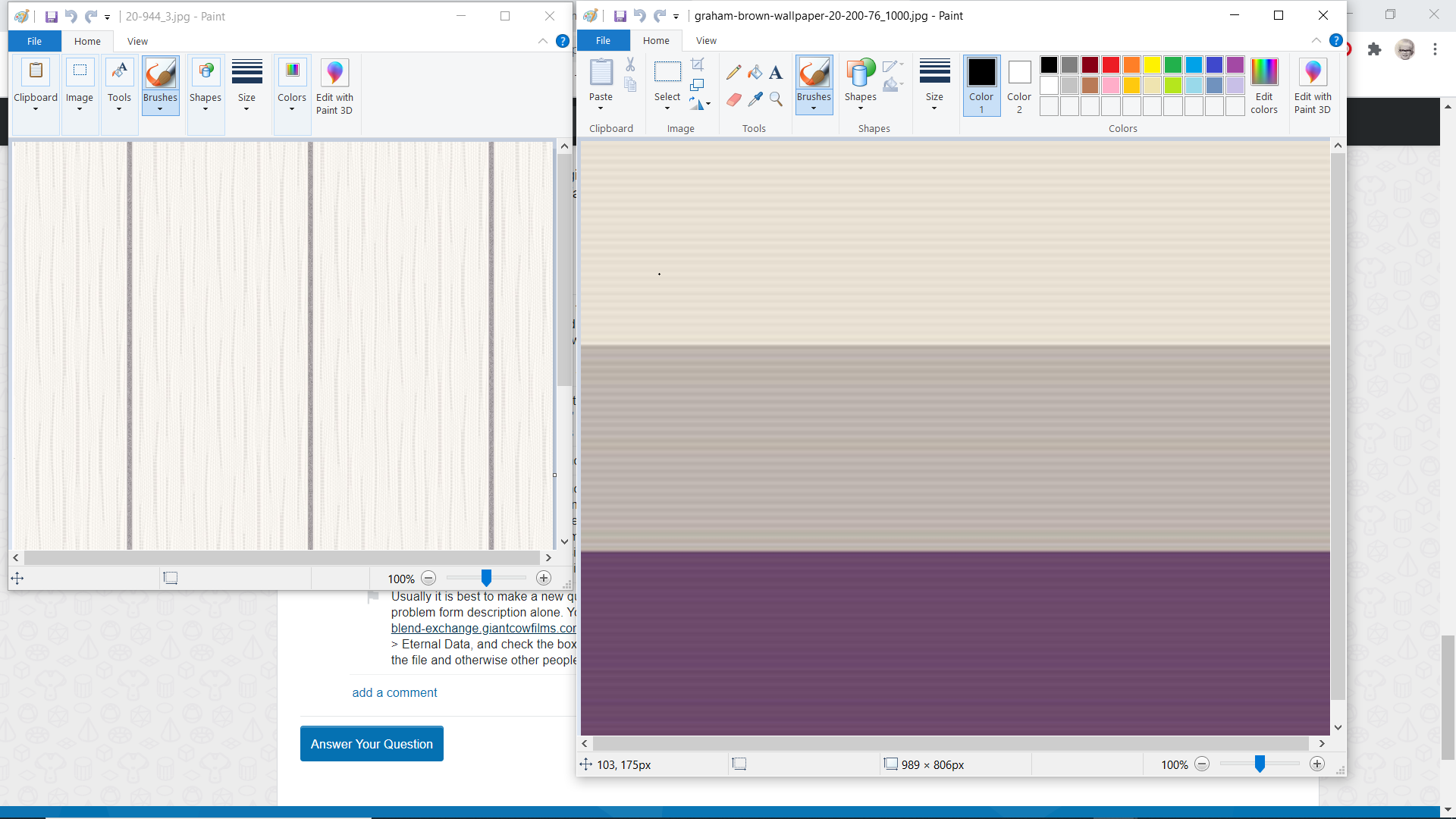 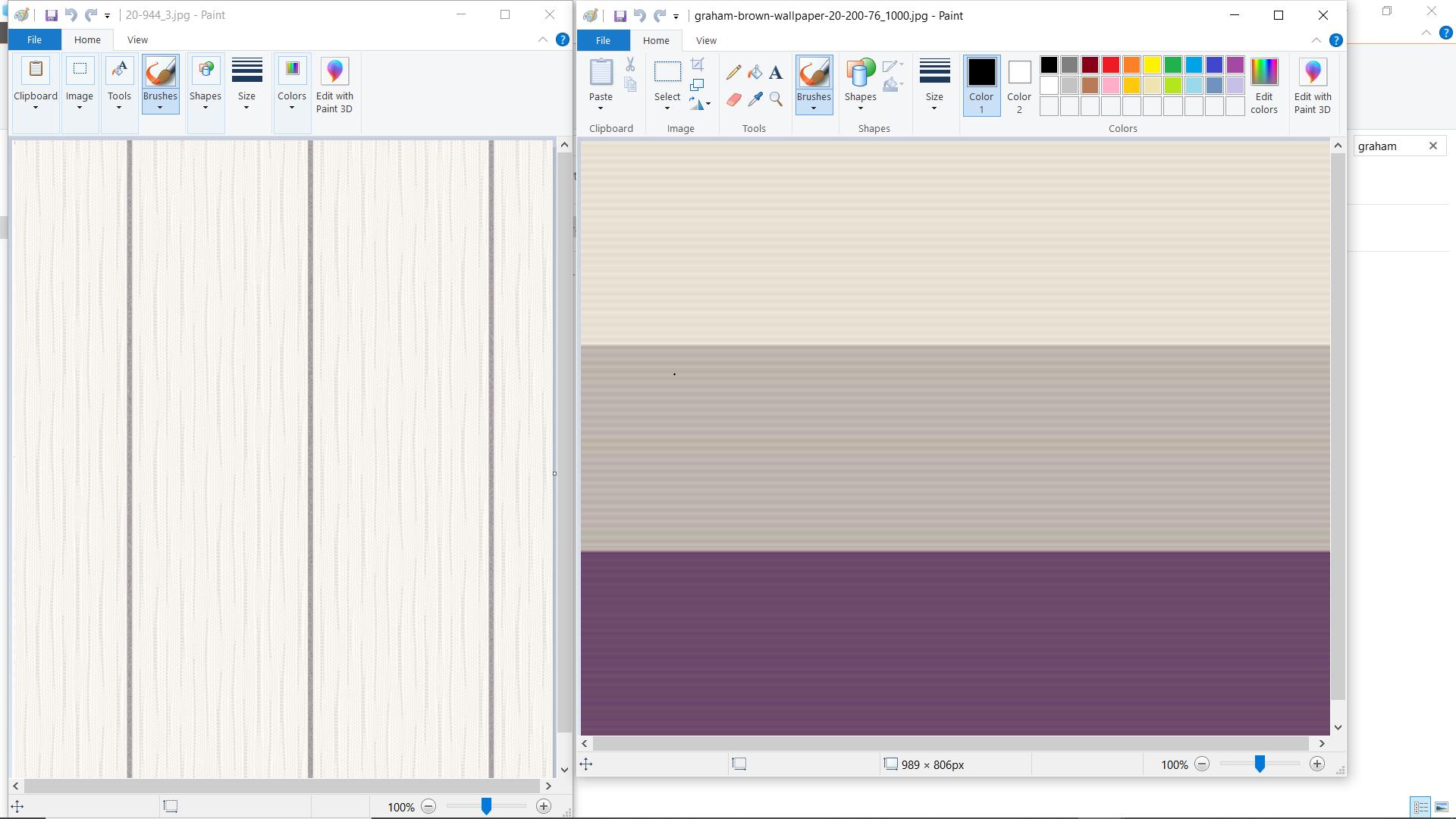 I was just about to write my answer when i saw you solved it. I also found changes were made to one UV map while another UV map was active and visible. I strongly advise to only use one UV map. I believe you only need one for what you are trying to do.

I also found that the topology of your mesh might give you problems. It is non manifold; there are a lot of double vertices and overlapping edges (you can select all vertices and press Alt + M > By Distance for the first, and you'll have to do some manual editing for the latter.) I advice to fix this.

You can see problematic vertexes marked red in the UV Editor. Alternatively you can do Select Non Manifold in Edit Mode to find issues with you mesh that might affect UV mapping. 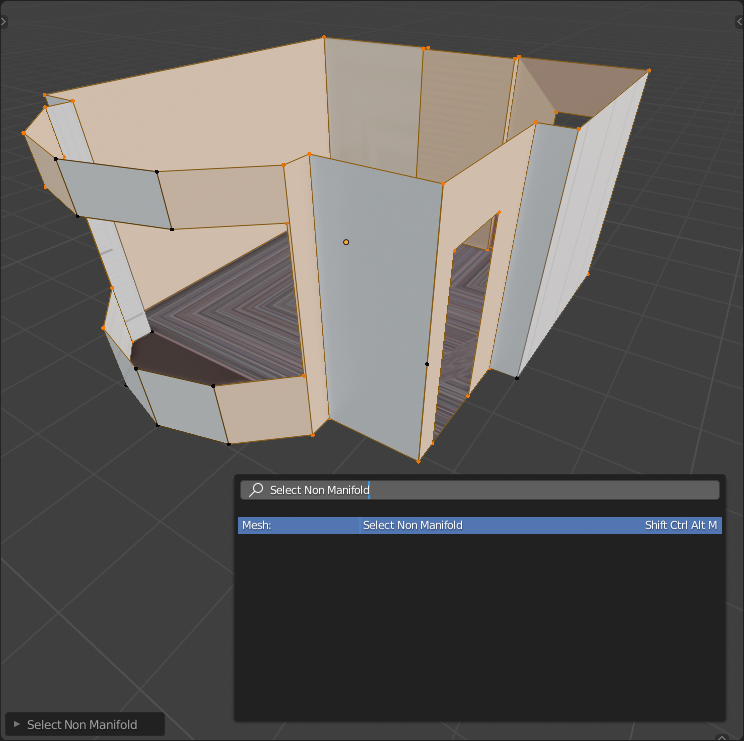 In any case, good luck with your project. : )

Wow, that took some doing. At some point, I had created 2 UV Map Layers. One was truly messed up in that face UV maps that should not be connected were sharing vertices nodes in the Island maps. That made it impossible to move them around. I cannot explain why this was. However, I found the method in Object Data Properties to remove this map. It appears this was the default being used in rendering.

My other map was more workable and I managed to re-map and assign to each image using reasonable unwrapped islands to work with.

I did also try the seam method to split into the 2 wallpapers and the carpet. I think that worked initially but later, selecting the largest set of faces via L in Edit mode is not selecting the whole set of faces anymore. Not sure why but not a major issue at the moment. Just need to tidy up the alignment a bit and all should be fine. 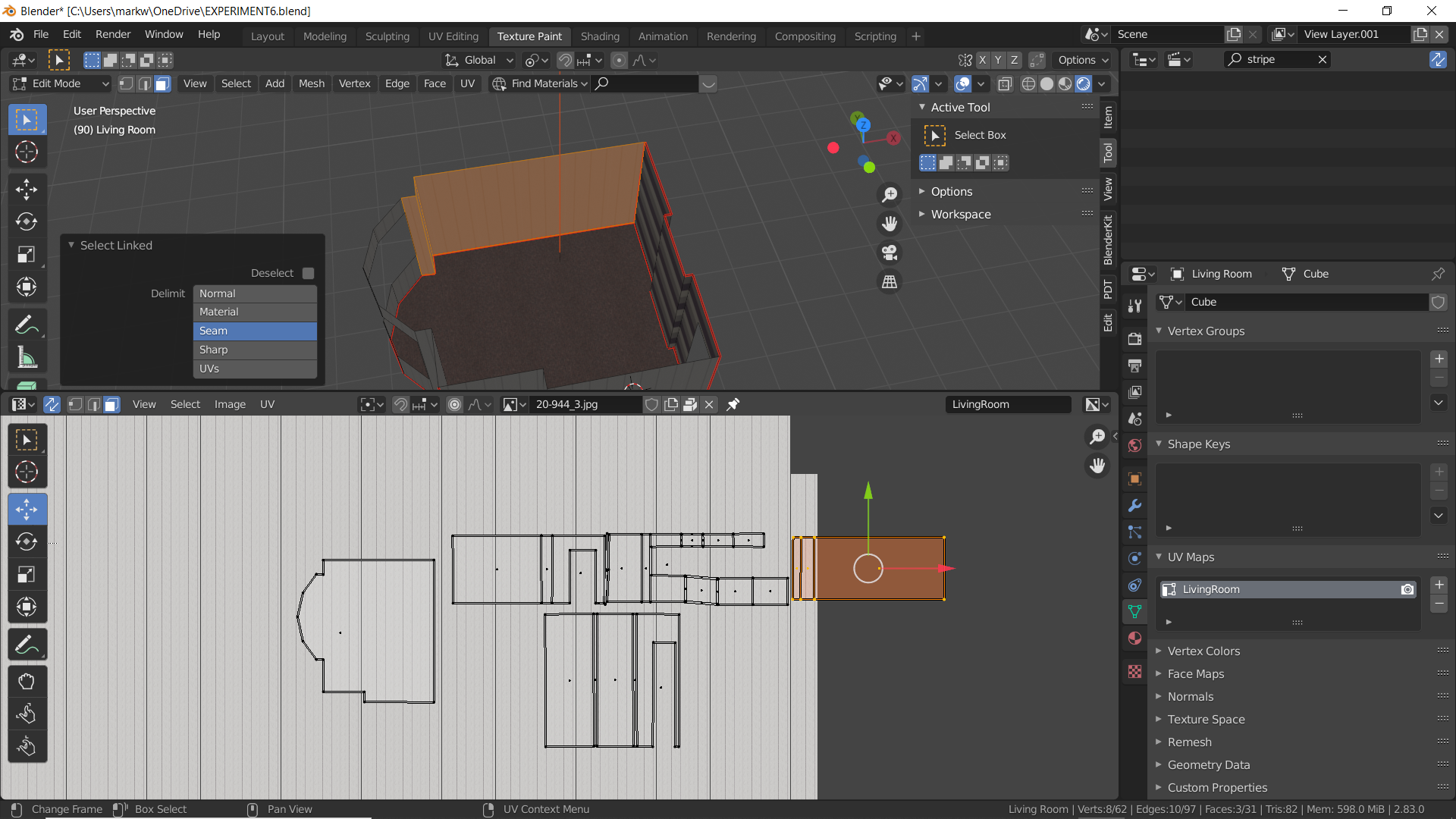 Not the answer you're looking for? Browse other questions tagged materials uv or ask your own question.

4
Sort out a complex UV map for a complex mesh
1
Trying to make the earth - don't see the Mapping sub-menu
2
Blender UV mapping equivalent of disabling Normalize Map in 3ds Max
5
Material for "sponge" wall paint
0
Follow active quads does not "flatten" all the poligons
2
How to get uv map for mesh faces?
0
Multiple UV for unwrapped object