“Child Of: Bone” Objects Export With Separate Animations in Unreal

I have recently created a character with separate objects associated with the main body via the child of bone constraint. My character animates as intended, and the objects move with the bones to which they are linked (e.g. right shoulder pad animates with the right shoulder rig, goggles animate with the head, etc.) 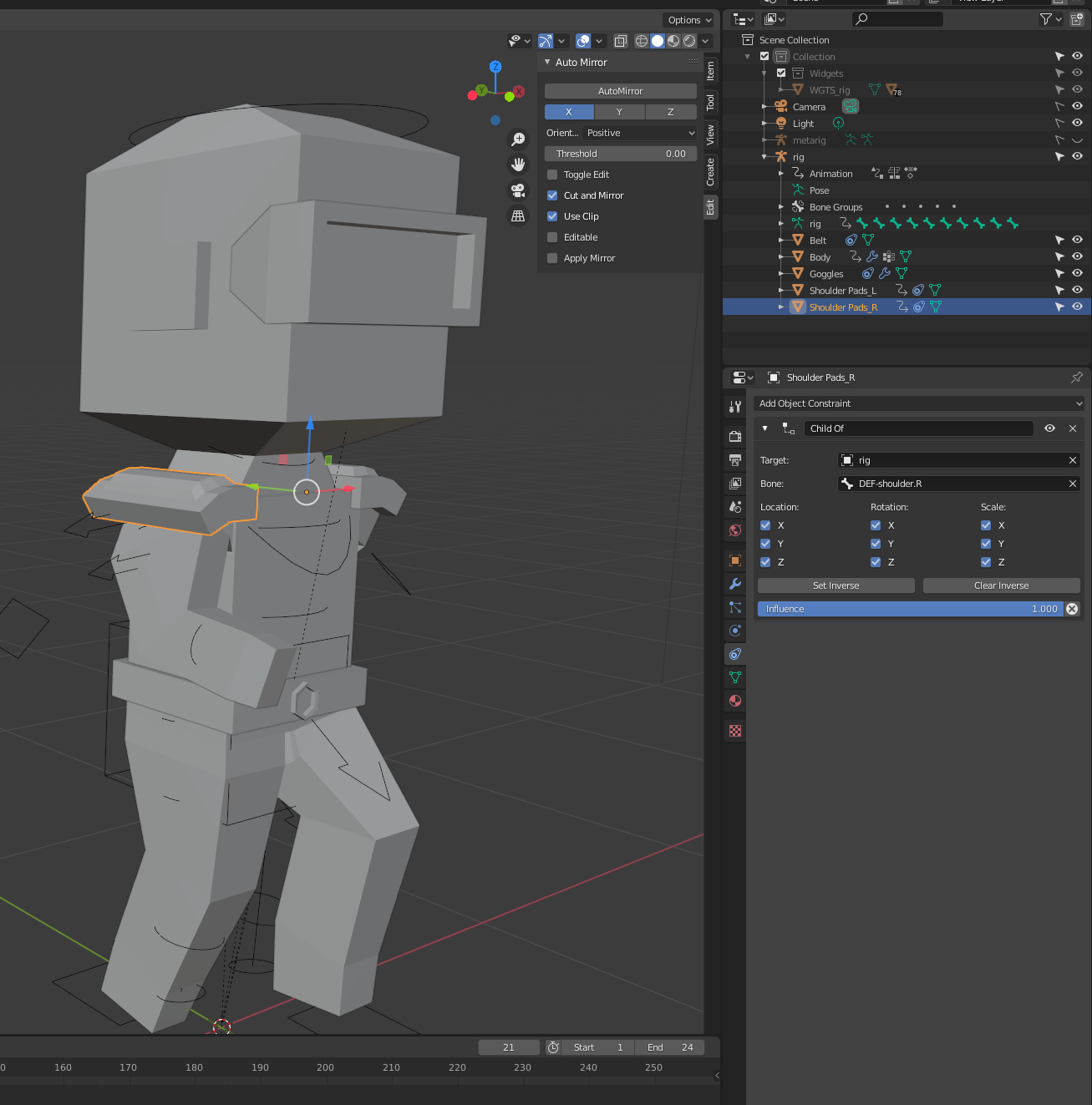 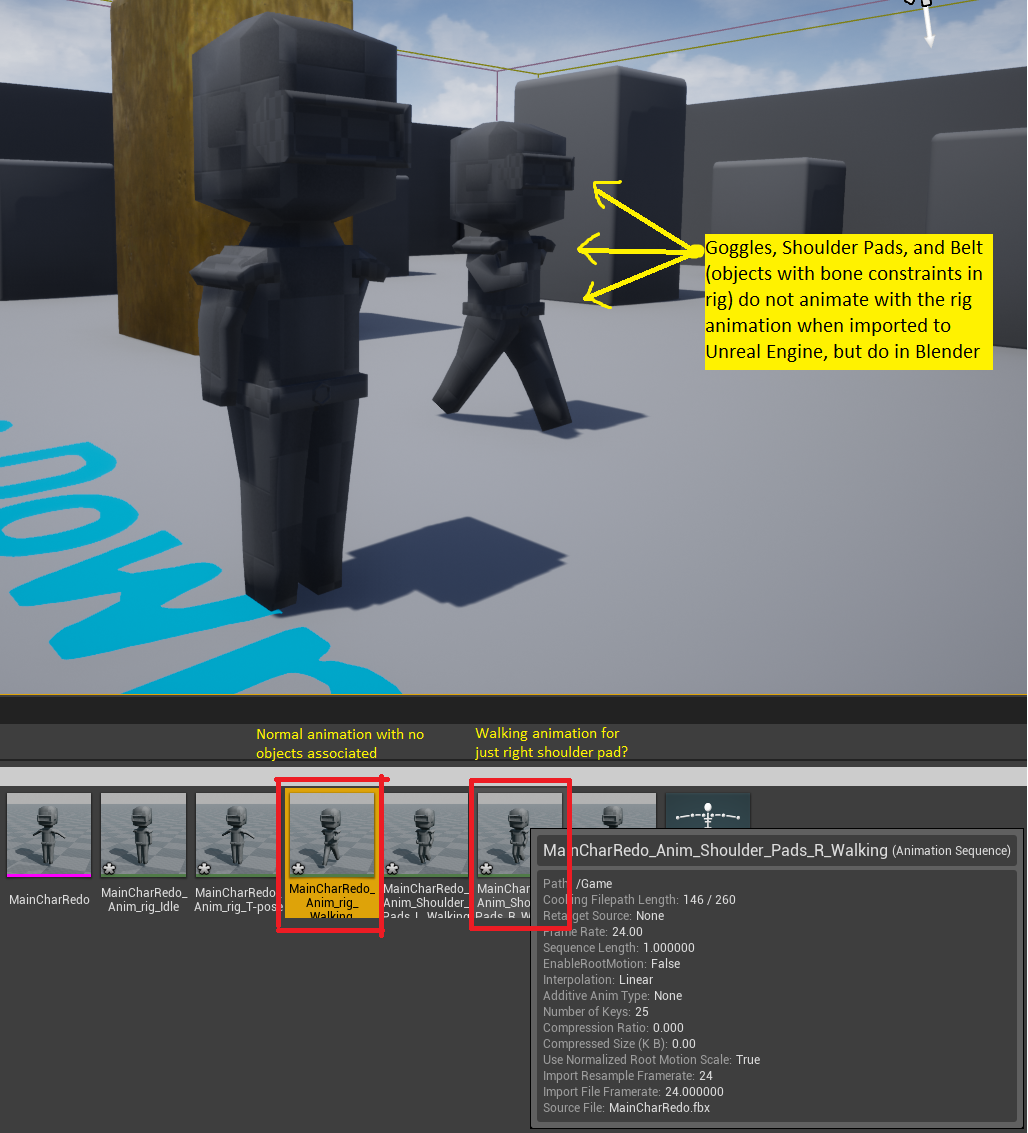 As you can see, the objects are not associated to the rig when imported to Unreal; however, they are children of the rig in Blender and animate properly. Does anyone have any idea why this is happening or how to fix it? Thank you.