Want to improve this question? Update the question so it can be answered with facts and citations by editing this post.

I have done a modelling course making a dinosaur and am now practising making my own.

The course made the leg and attached it to the body as shown here. It involved rotating the edge loops quite a bit until they could be joined to the body's edge loop cut out for the leg. This process was rather clunky in my opinion. 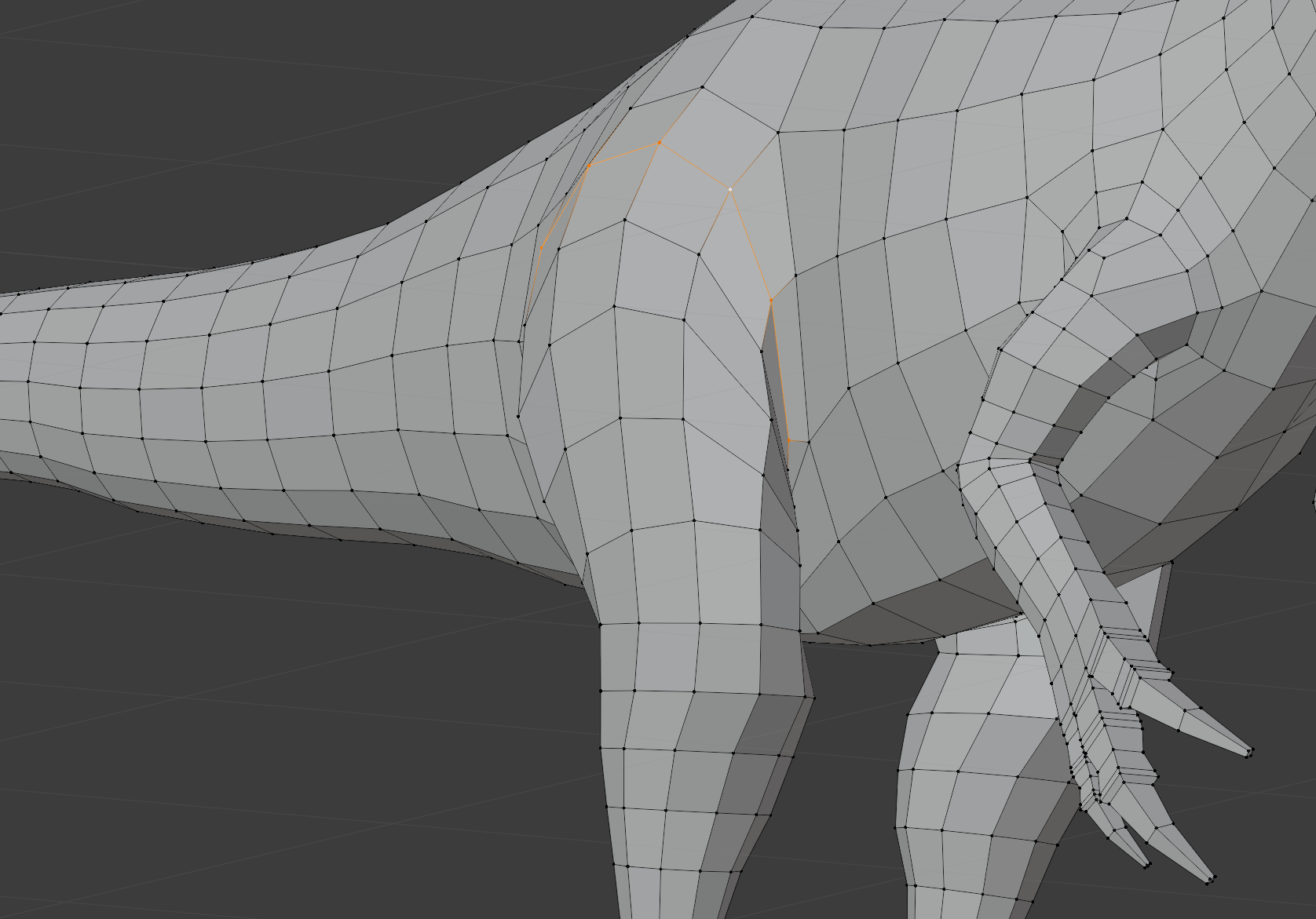 While making my own model I went to see what others are doing for this step and I found this video (at 3:38) where instead the modeller just extrudes part of the body's faces out and then extrudes the bottom part of that new protrusion down to make the leg.

This creates 2 very different topologies, and I cannot tell which is better. The second method is a lot easier to do as it involves a much easier to manage topology, which in my book is good.

What are the pros and cons of these methods other than ease of use (the only thing my novice self has encountered)?

Just as an FYI I am modelling and rigging to practice making a small game, so I am also looking to animate these models.

I have modeled many dinosaurs myself; I started out using the approach you're saying the course used (and that approach is still valid), but I have come to prefer the approach used in the youtube video; I just think it better compliments the shape of the hipbone, which you can see a 3D recreation of here: 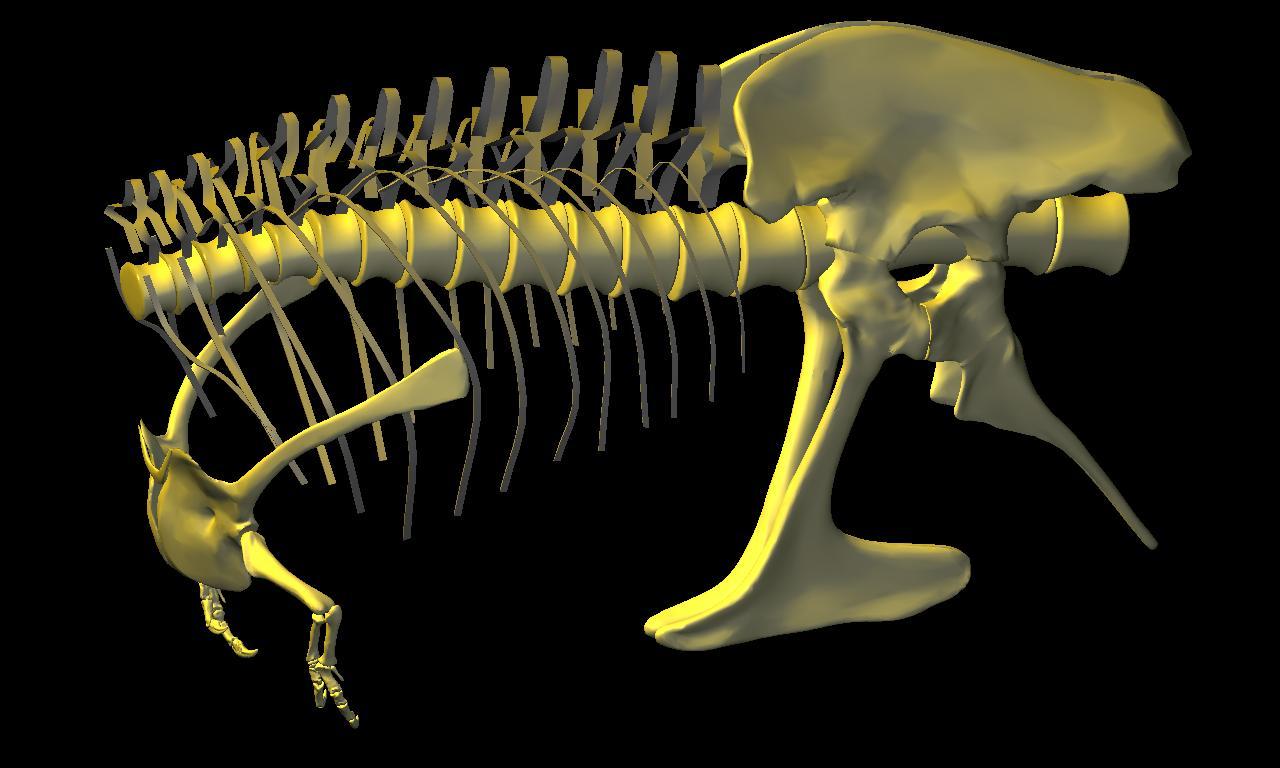 The former approach will lend itself to making that whole area more smooth (as you can see in the image you attached), whereas the latter approach lends itself to giving more definition to that hipbone shape (see how visible the hipbone is in this still from Jurassic World: Fallen Kingdom) 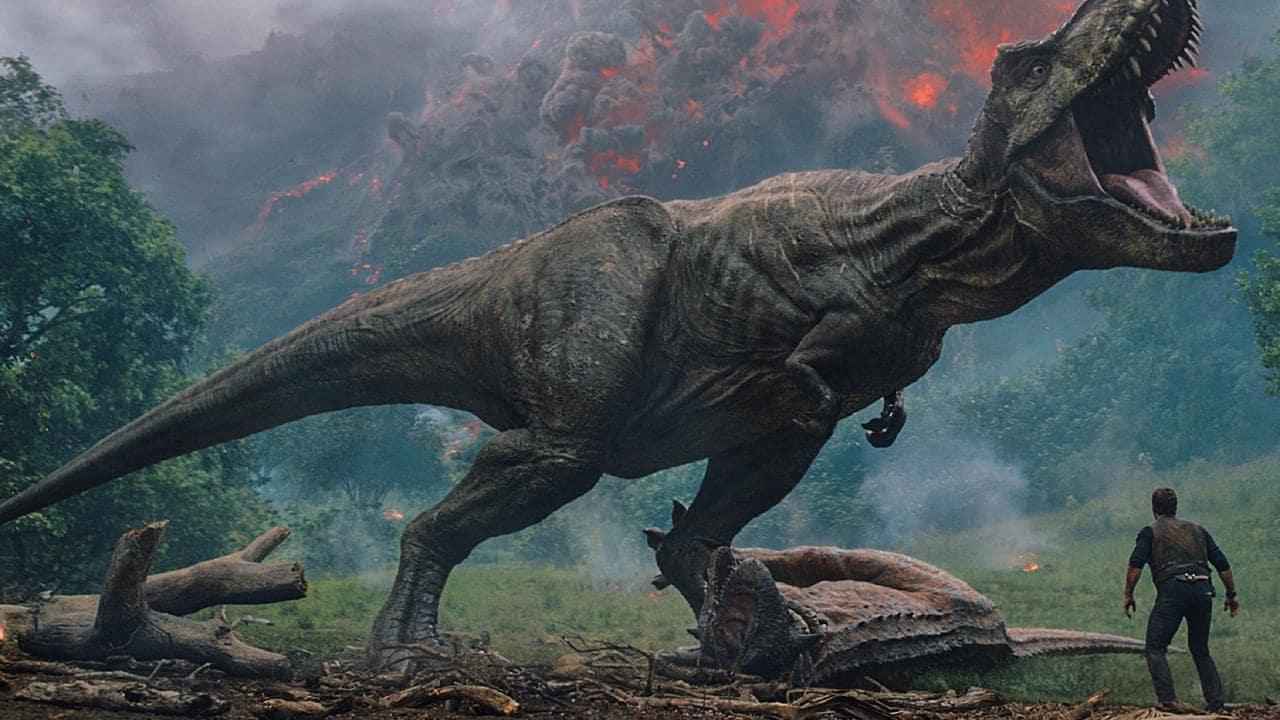 It makes it very easy to have edge loops actually following (and thus better bringing out) the curvature of the hipbone; organic modeling is all about having the topology flow with the forms you see in the shape.

Not the answer you're looking for? Browse other questions tagged modeling animation topology or ask your own question.

2
Tips for proper topology
1
Tips for making the face topology
1
Modelling a computer monitor - need some topology advice on using edge loops for sharpening
0
What would be the best way to hollow out the space for nostrils while modelling a head?
0
How do I use the alt left-click shortcut to select an edge loop without making the closest vertex active?
1
Bevelled Corner Topology Best Practice