How to split an object/mesh via independent grid

having trouble taking a 5 sided object and splitting into separate blocks components that can fit back together via snapping whilst also keeping a relative grid structure. 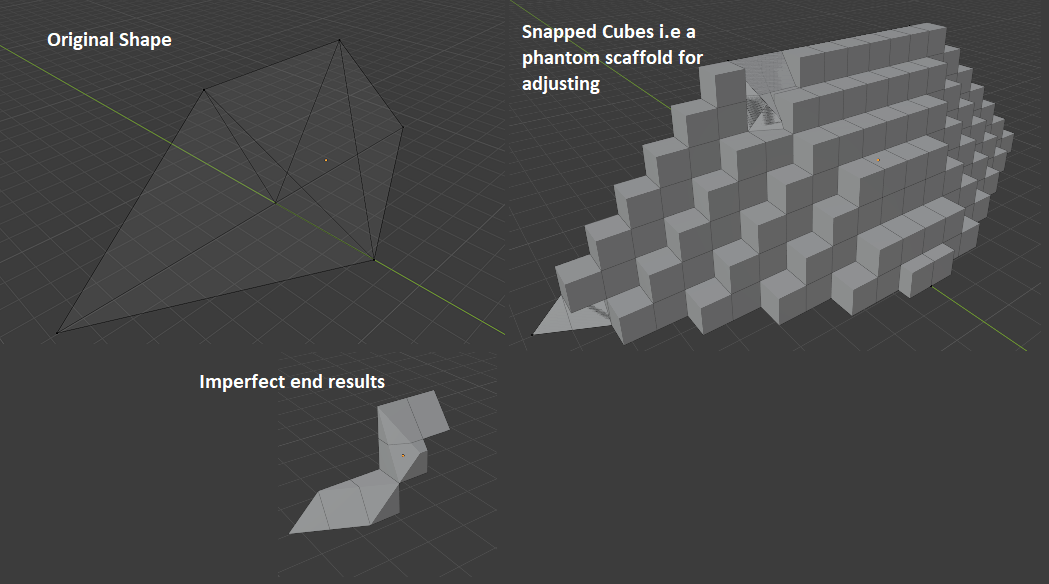 So far I have only really tried using an overlay of grid Cubes overlapping the object and adjusting the vertices on each Cube to match the angles of the shape that it's overlapping but it's prone to issues and very time consuming.

Using subdivide does work in a way but it uses the selected objects shape to determine the grid structure and not a central orientation that other shapes could follow.

Is there some way to split the mesh via an independent grid? or at least split via vertical and horizontal only, not the angles it creates.

If i'm not being clear, im looking for something like using a watermelon slicer to cube up the squishy insides :D

Browse other questions tagged mesh or ask your own question.