Flame shows in Solid view but not Rendered view (in Eevee)

I'm trying to use Quick Effects -> Smoke to start generating a fire simulation, selectively turning off smoke settings. I work primarily in Eevee. The simulation displays properly when I'm in Solid Shading view: 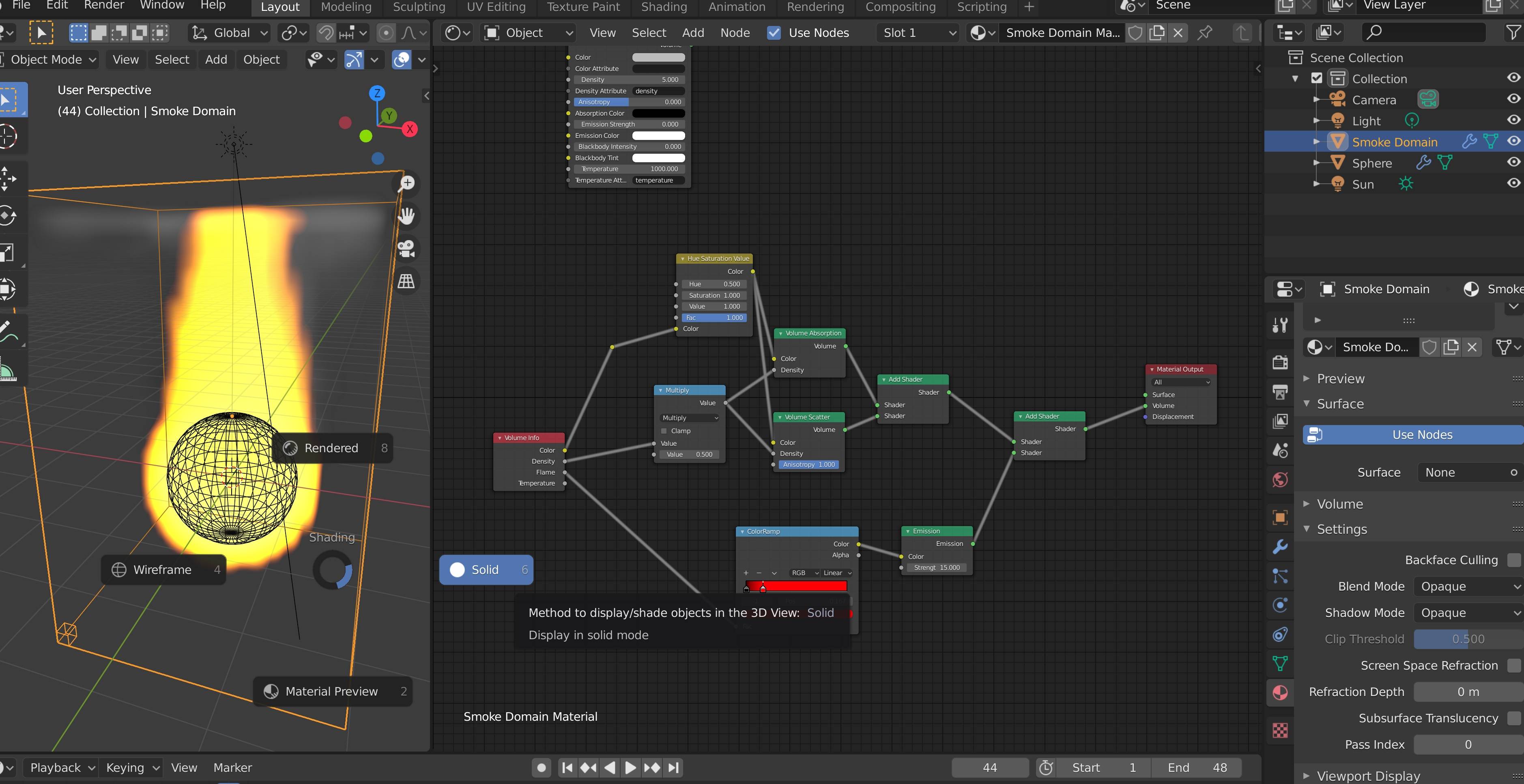 But when I switch to Rendered Shading view, nothing renders, although as far as I can tell all relevant Eevee settings are on:

If I switch to Cycles, the flame is visible:

I have the same problem in each of Blender versions 2.83, 2.83.2, and 2.90, and it occurs whether I use Principled Volume or the custom node setup displayed above. It also occurs if I hit F12 to render, rather than just using the Rendered Shading preview mode.

What should I do to get Eevee to render fire? Is there maybe a setting(s) I'm missing that is breaking fire volumetric shading?

EDIT: I am not sure if it is related, but I often see messages like this in the System Console when manipulating volumetric shaders, particularly when I use something like a Volume Info node:

These appear to be due to undefined shader variables related to the use of the Density and Color output sockets on the Volume Info node. The Flame output socket on that node does not generate an error (and, I notice that, when I use the custom node setup in Cycles and it appears to render correctly, it is in fact only the Emission shader---driven by the flame output socket---that is rendering; the rest of the node setup appears to have no effect. Maybe Cycles is just handling the failure of the Density and Color attributes more gracefully than Eevee?).

I also often notice that volumetric shader compilation seems to cancel itself unexpectedly (maybe in response to the above errors?).

EDIT2: One further observation: it also seems common to see this spammed throughout the System Console window when attempting a new bake:

I'm working in Windows. In case Blender being unable to overwrite files on disk is the problem, I've tried running Blender as Administrator, and I've tried pointing it at a location in which I created a new folder specifically for testing this, but I still saw this same error. I am not very sophisticated with Windows folder/file permissions, but am trying to figure out if there's something further I need to do of this sort that might help.

EDIT3: I was not able to get this working in Windows, so I setup a Ubuntu dual boot and tried it in Ubuntu instead, with Blender 2.83.2. Findings:

EDIT4: In case it may be relevant, I'll add that I version control my .blend files with git (but I exclude large file types, like simulation caches), even though it is an unusual use-case for it. I am not sure why this would matter, but maybe there is a difference between most means of transferring a .blend, and pushing/pulling it from git? I would expect that, on opening the .blend after pulling it, any missing cache files would be ignored and new locations assigned etc, but perhaps I'm wrong.

Browse other questions tagged eevee-render-engine volumetrics fire or ask your own question.

0
Volume Scattering in 2.8 Doesn't work?
0
Fire is bleeding/rendered in front of all objects in Eevee
1
Create a volumetric cone shape in eevee?
0
Flames show in viewport but not in render
0
Eevee fire not rendering correctly
0
Fire simulation won`t be randered