how to set musgrave to get something periodic?

I would like to know if it's possible to get something periodic only through the parameters of the musgrave node with cycles.

sorry if my question isn't clear, here is an example of what I'm doing: 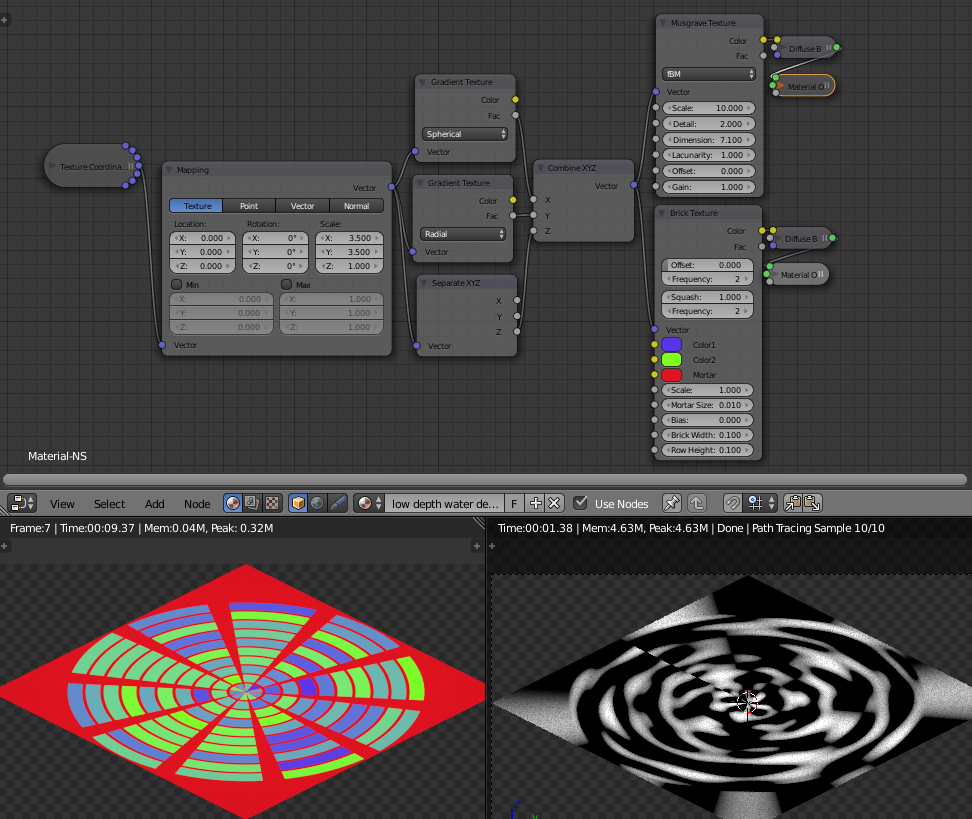 the brick texture node is periodic, I mean f(0)=f(2*pi) while the Musgrave texture gives something with a discontinuity. Honestly I don't think it's possible to solve this problem trough musgrave node in general case, because I guess it uses a pseudo random generator and when you code a such thing you search to avoid periodicity.

The reason for the 'join' in the resultant texture is due to the discontinuities (edges) in the mapping into texture space and the solution is to change your mapping to join the edges to make the musgrave continuous. In order to visualise this, consider how the polar coordinates are currently being mapped into texture space.

The polar mapping can be considered as having the following marked boundaries (ABCD) : 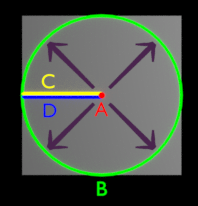 In 'texture space' the marked boundaries map to the edges of a square (or rectangular) region as follows : 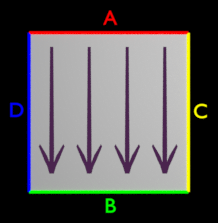 Note how the point A in the radial texture maps to the edge A in texture space - effectively compressing the texture down to a point in the centre. Edge B is stretched around the circumference while C and D are at the discontinuity of the texture and correspond to opposite edges of the plane in texture space. 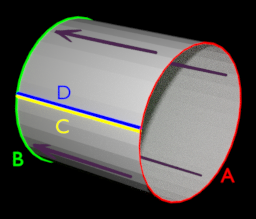 To achieve this was can use the following nodes :

This takes the output from the Radial texture (which varies from 0.0 to 1.0 as the coordinate moves around the centre) and converts it to Y/Z coordinates around the circumference of the cylinder in texture space shown in the above diagram. Note that since 0.0 and 1.0 map to the same location the mapping becomes cyclic, thereby hiding the join.

One limitation of using a Gradient texture is that the output is always between the range 0.0 and 1.0 - beyond a certain distance the output does not change. To address this we can simply replace the Gradient with maths nodes to calculate the distance directly (ie, sqrt(x^2 + y^2)).

8
Is it possible to have a procedural texture radiate from the CENTER of a sphere?
10
Seamless Procedural Texture in Polar Coordinates
2
How to set up Vector for a radial Voronoi Texture without a Texture Seam