I'm trying to get my head around UV mapping in Blender, having never had to use it in other CAD packages. From what I can tell from various tutorials, UV Unwrapping is pretty fundamental, so I'd expect to do it for most objects in my scene - even if they're simply various boxes and planes. But I'm struggling to get a sense of general rules...

A few aspects I can't get my head around:

Apologies for the list of questions - if anyone knows any tutorials that go through more of an overview explaining the stuff above, that would be helpful!

There are several methods for converting between XYZ and UV, each of which are options on the Texture Coordinate node. For example, "Generated" automatically converts the XYZ coordinate of the surface to a UV texture coordinate, and "Normal" converts the surface normal into a UV texture coordinate so that any points facing the same direction on that object will share the same UV coordinates and thus be colored the same (if you're using a texture to color the object as opposed to something else).

Each of the automatic options work great depending on what you want, but if you need precise control over how it converts XYZ to UV, you'll need to use a UV map.

When you unwrap an object, it takes each vertex on the object and automatically converts it to a UV coordinate. Then, you can adjust the conversion in the UV editor. For example, if one vertex by default maps to the UV of (0.3, 0.2) which would be 3/10 horizontally along the texture image and 1/5 vertically along the texture image, by moving the vertex in the UV editor, you can change it to map to a UV of (0.2,0.2) or anything else you want. That way, you can get precise control over how the image wraps around your 3D model.

When you unwrap an object, it gives you several different options or projections for how to unwrap the 3D model, but these are just starting points. Ultimately, it doesn't matter which one you choose, but choosing the right one can help reduce how many tweaks and edits you have to make in the UV editor.

The main projection options are:

For the default unwrap option, if you first mark certain edges as seams, it will split the object along those seams as it unwraps the image. For example, notice in the image below how the edges of the islands or groups of connected vertices correlate with the red lines (seams) on the object. 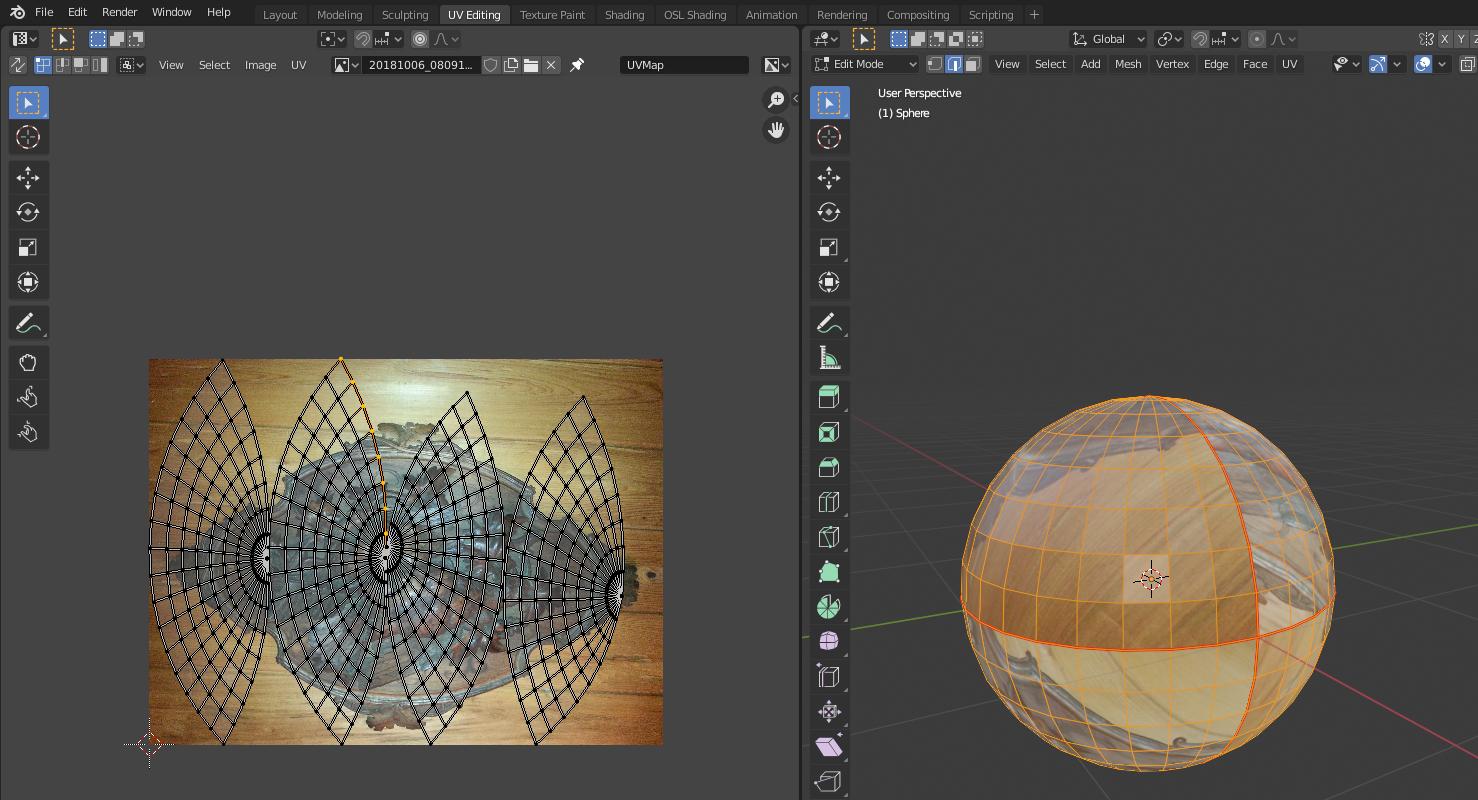 And that's the basics of UV mapping. Now to answer some of your specific questions:

Let me know if you have any other questions.

Not the answer you're looking for? Browse other questions tagged uv nodes image or ask your own question.