Hard time getting my coiled thread like 'painting' to look right

I'm an industrial designer and I'm trying to make 3D recreations of my work in Blender, I mainly use a technique that consists in coiling threads over wood surfaces as you can see here: 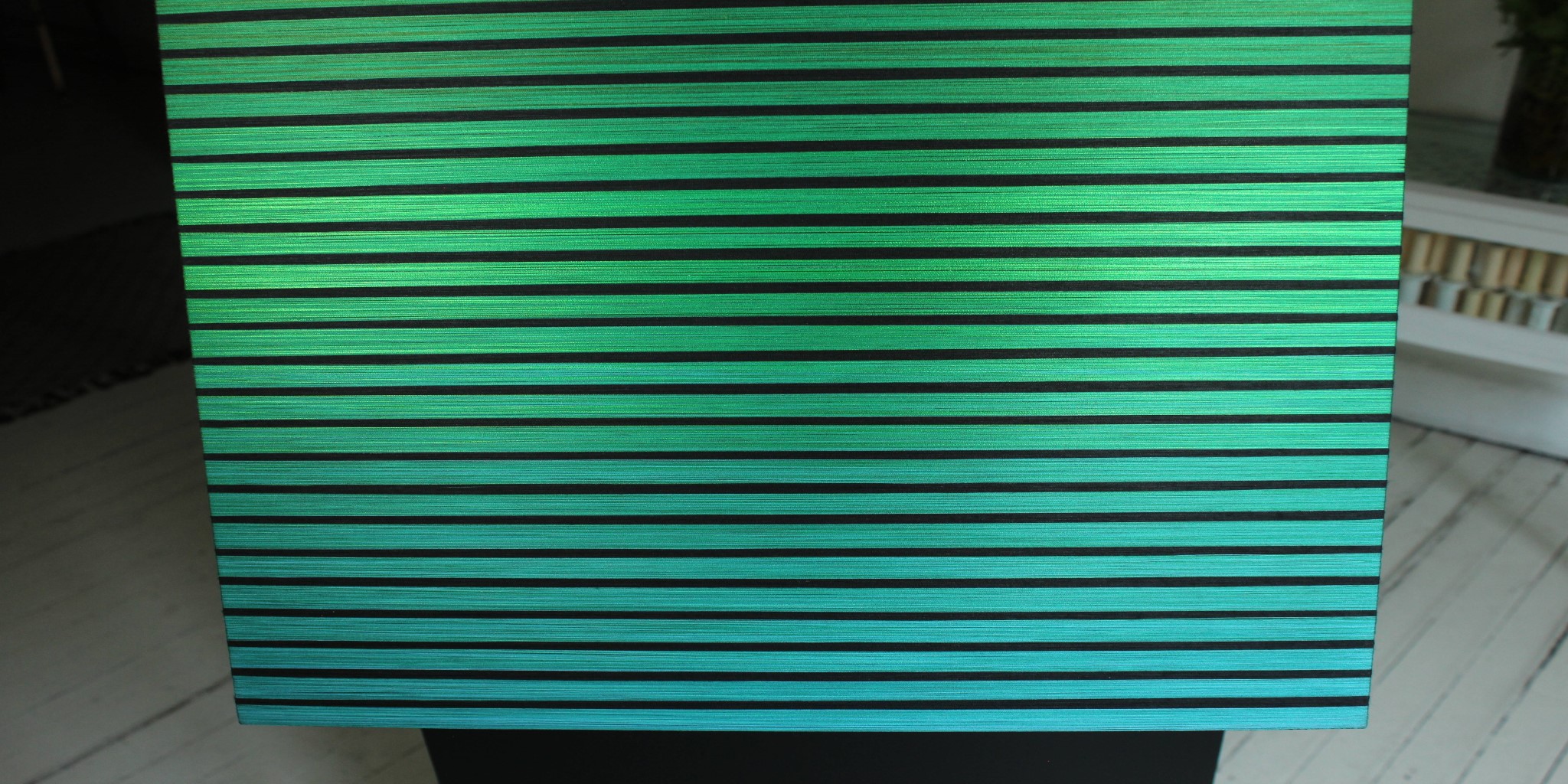 For a closer look at the threads see here: 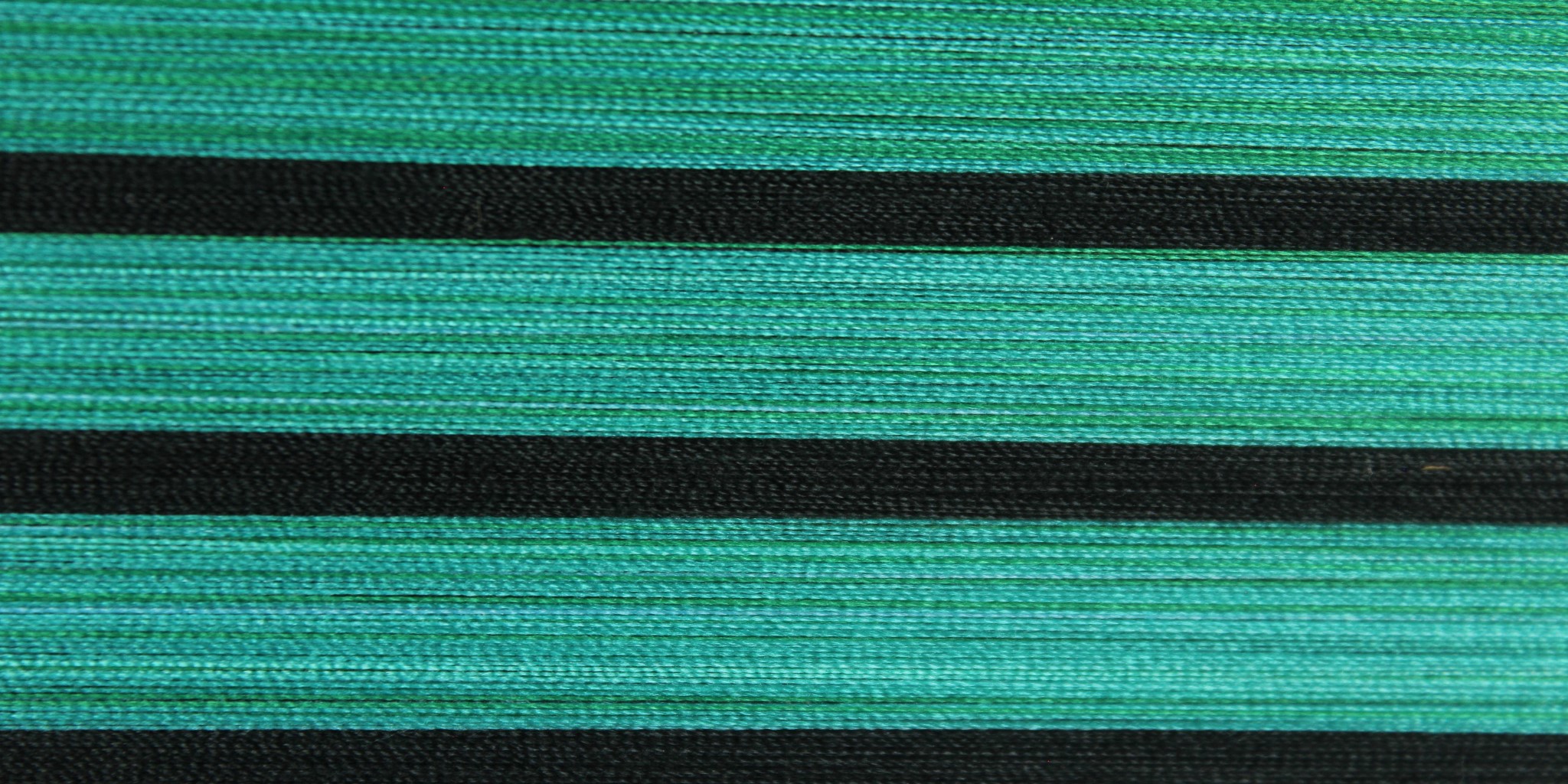 The thing is that I already got the 3D model basically done with very accurate dimensions, as you can see here: 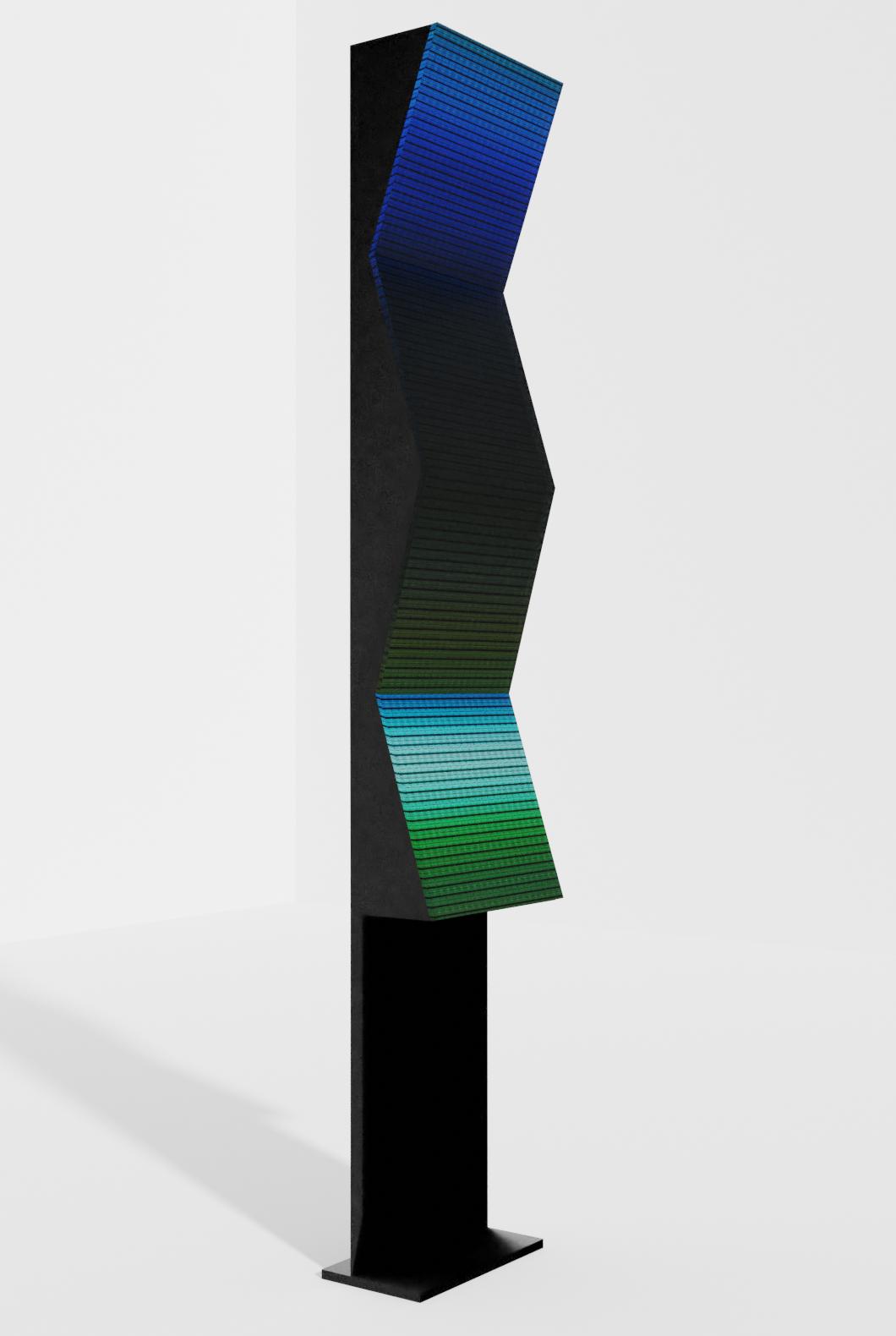 However, I'm having a really hard time getting the threaded textures to look right, I already made a texture taken directly from a photo of my work 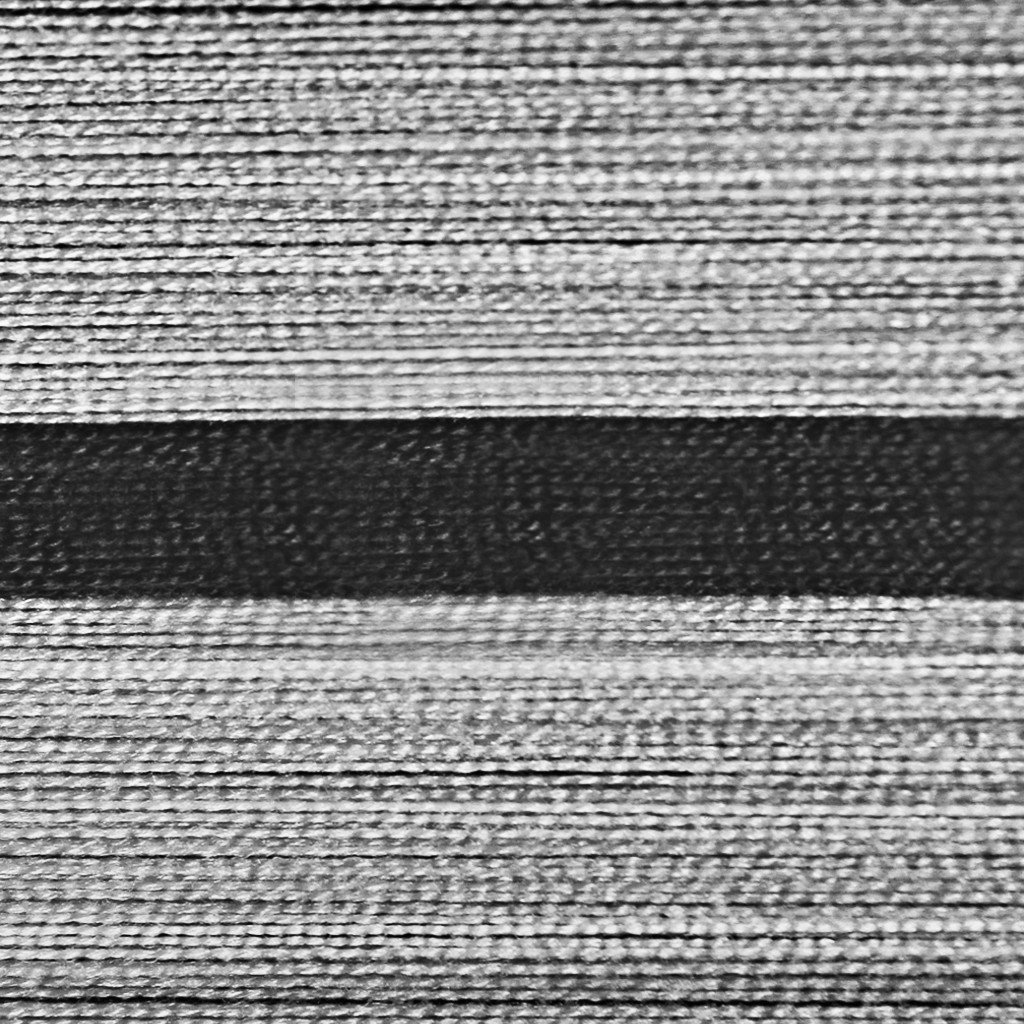 But the results I'm getting aren't the best. 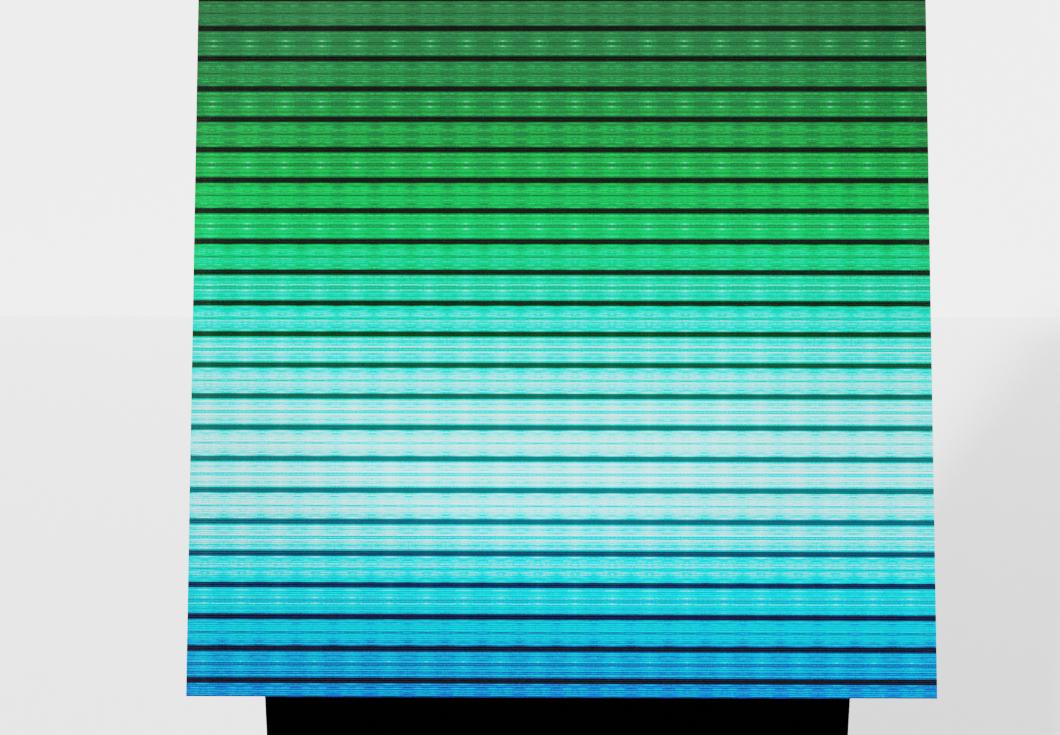 What am I doing wrong? What's the best approach to simulate those materials in Blender? Should I stick to making (better) textures or there's a good way to make realistic procedural threads like the ones used in my work?

(The nodes called Patterns and Fabric are from a tutorial that teaches how to make fabric-like materials).

I won't be using AutoCAD or any other industrial design software since I'm looking to do some cinematic animations/effects with the models that are more easily achievable with Blender (2.82 btw). 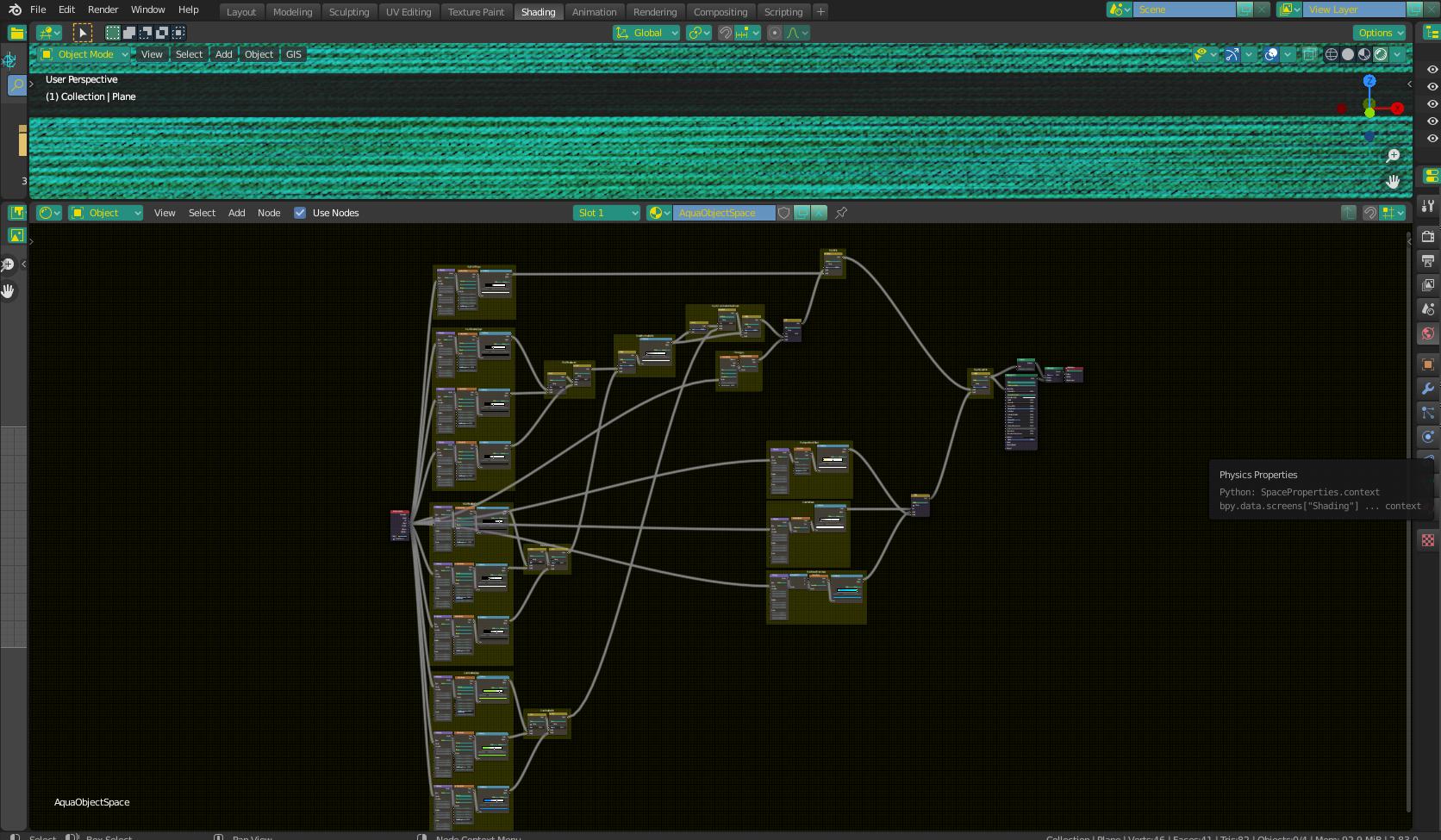 Although it looks congested, the concept is rather simple - I used wave textures to mainly just compose a bunch of different small line maps of different widths and rotations and adding them together. I probably could have done this more efficiently, but I was just prototyping. I also made some small color lines as well, because it looks like the background is disturbed by some other colors in addition to the black. After that, it was just a matter of mixing them together. 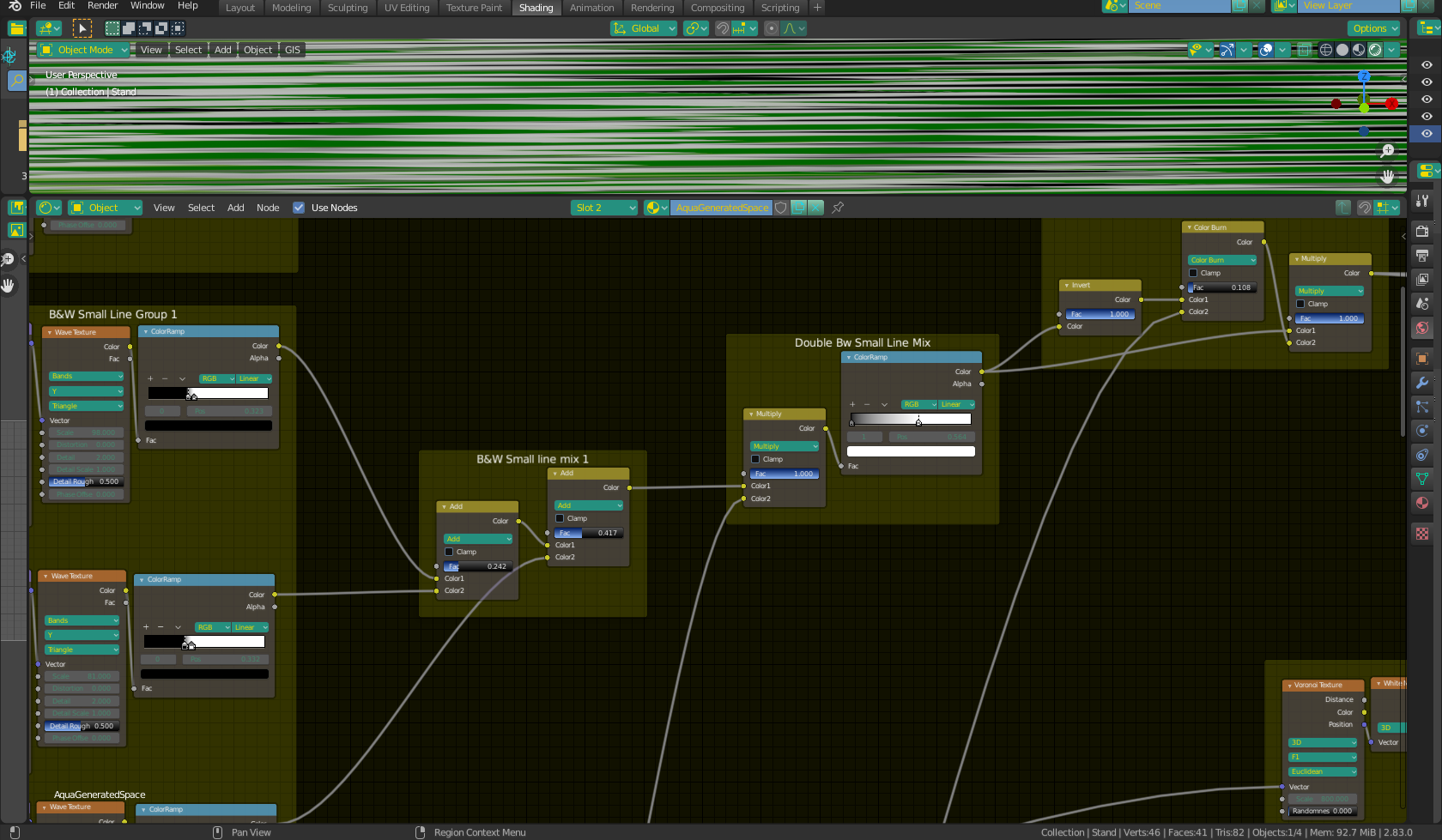 To get a realistic thread look, I combined 2 more wave textures, one sharper and at an angle to the other to make a rope like shape. 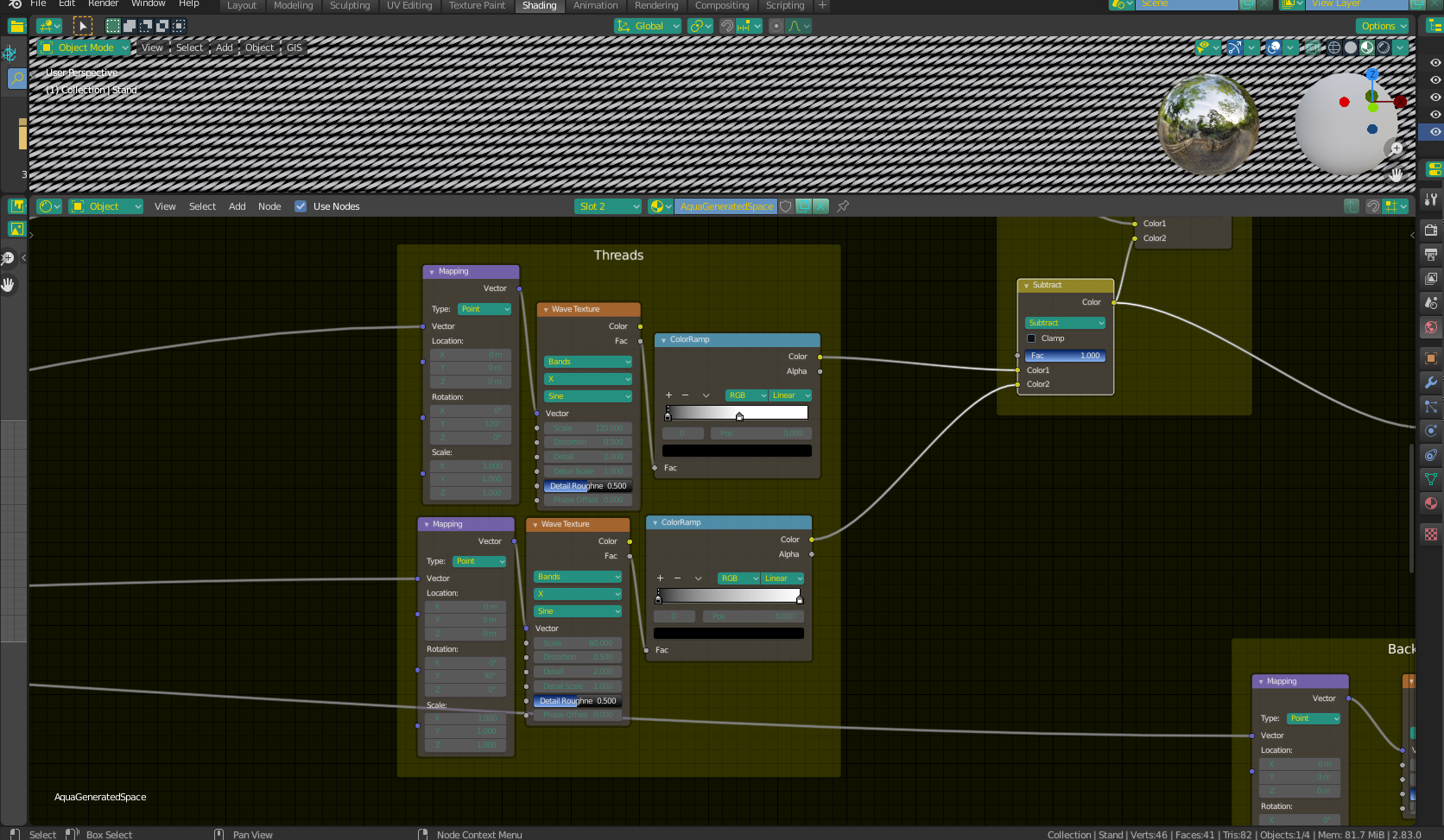 I then mixed this pattern with the original horizontal lines to get that wrapped-thread look. Afterwards, I mixed this combo with another wave texture with a smaller scale, which I used to form the large stripes. 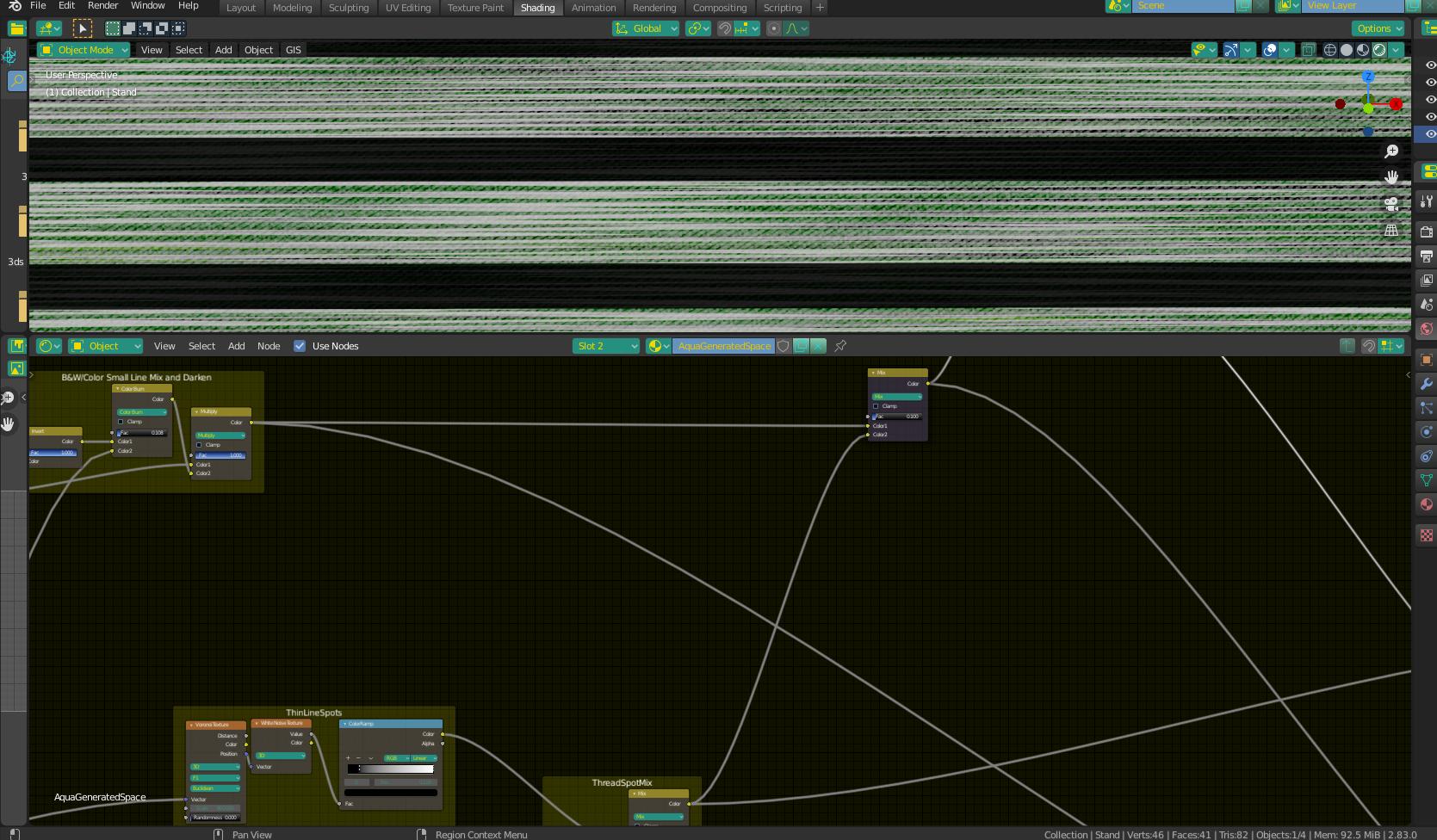 For the background, I simply used a gradient texture with aqua colors, but I also used a slightly distorted noise texture to add some yellow as well. I mixed these together using a diagonal gradient as a factor, because in the image you have it looks like the yellowish tinge is mostly in the top left corner areas. 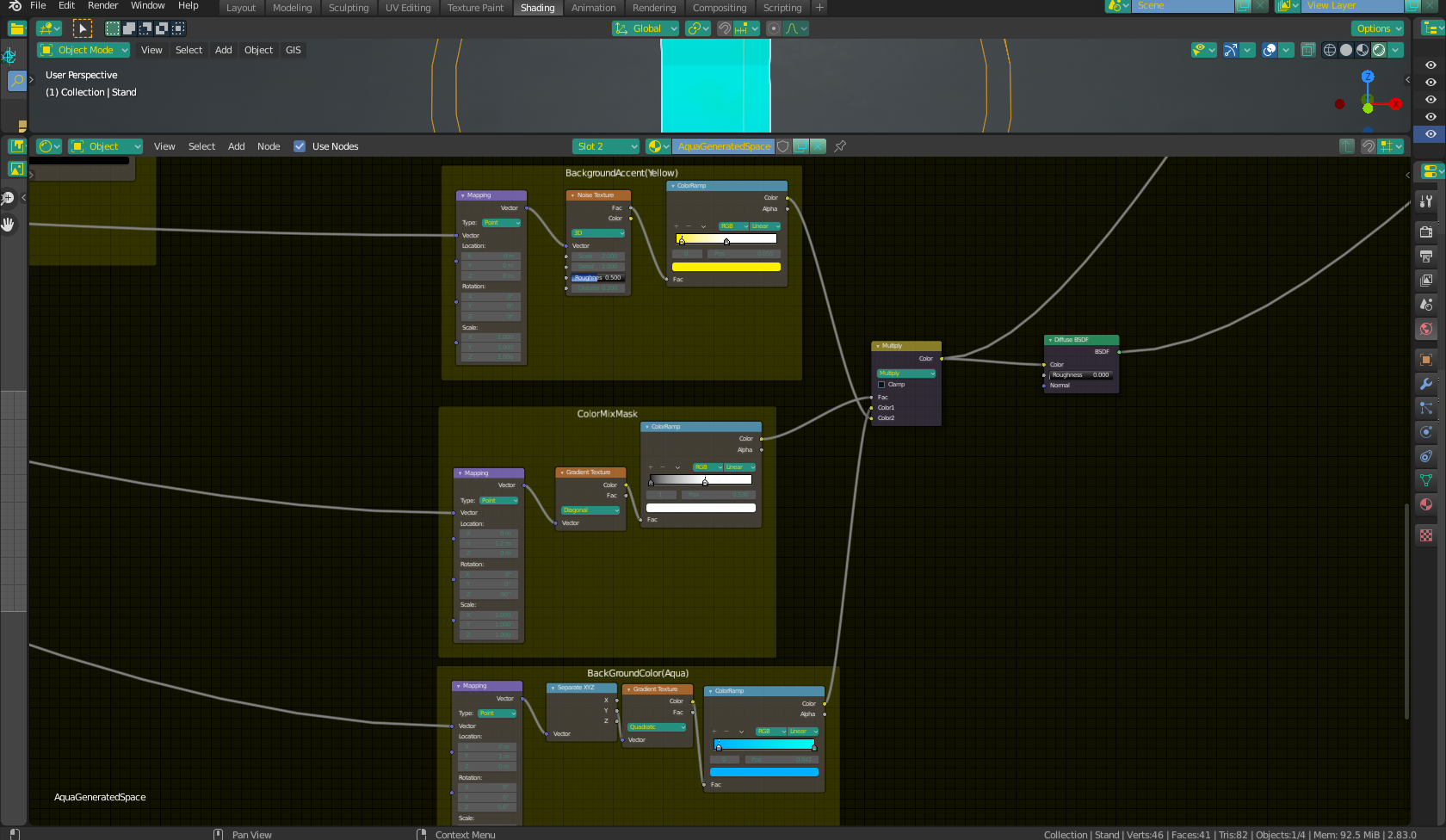 Lastly I made some normal and height information from a black and white version of the small stripe mix. I kept the values very low to give a subtle effect. The final result looks like this: 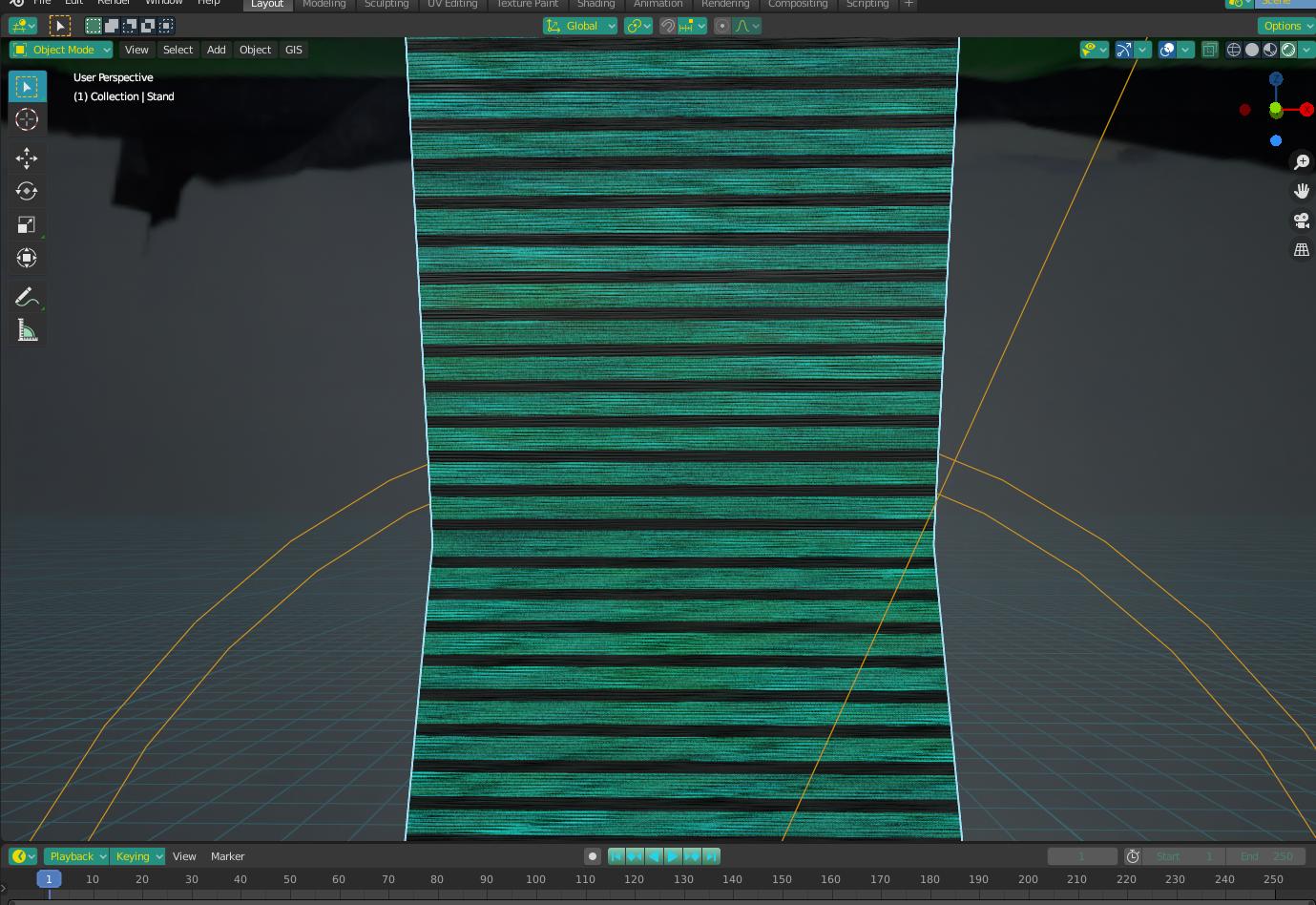 I made 2 versions of the material - one of them is a simple version using an emission texture to make the colors pop (done entirely from object coordinates), whereas the other one I aimed for a complex, but realistic thread like art look which is more costly because of the displacement, but looks more realistic (done mostly with generated coordinates).

I'll also upload the .blend file. It is here -

Not the answer you're looking for? Browse other questions tagged texturing materials photorealism or ask your own question.