First try on sculpting a skull + doing retopology, and I'm a bit lost at this point. I'd like to use the skull in a simple animation, but multiplied manifold (over a 100 times), so in order to do that it needs to be much simplified, but without losing the details, so it still looks real enough. Tried several different end results by applying the shrinkwrap mod to get a decent result, but none of them really turned out satisfying enough. The best result I've ended up with, still has 45000 faces (added screenshot). So my questions are: -is my retopology too detailed for what I'd like to achieve? -what's the "best" next step from here on to finish the retopo (meaning possible alternatives to shrinkwrap etc.)? 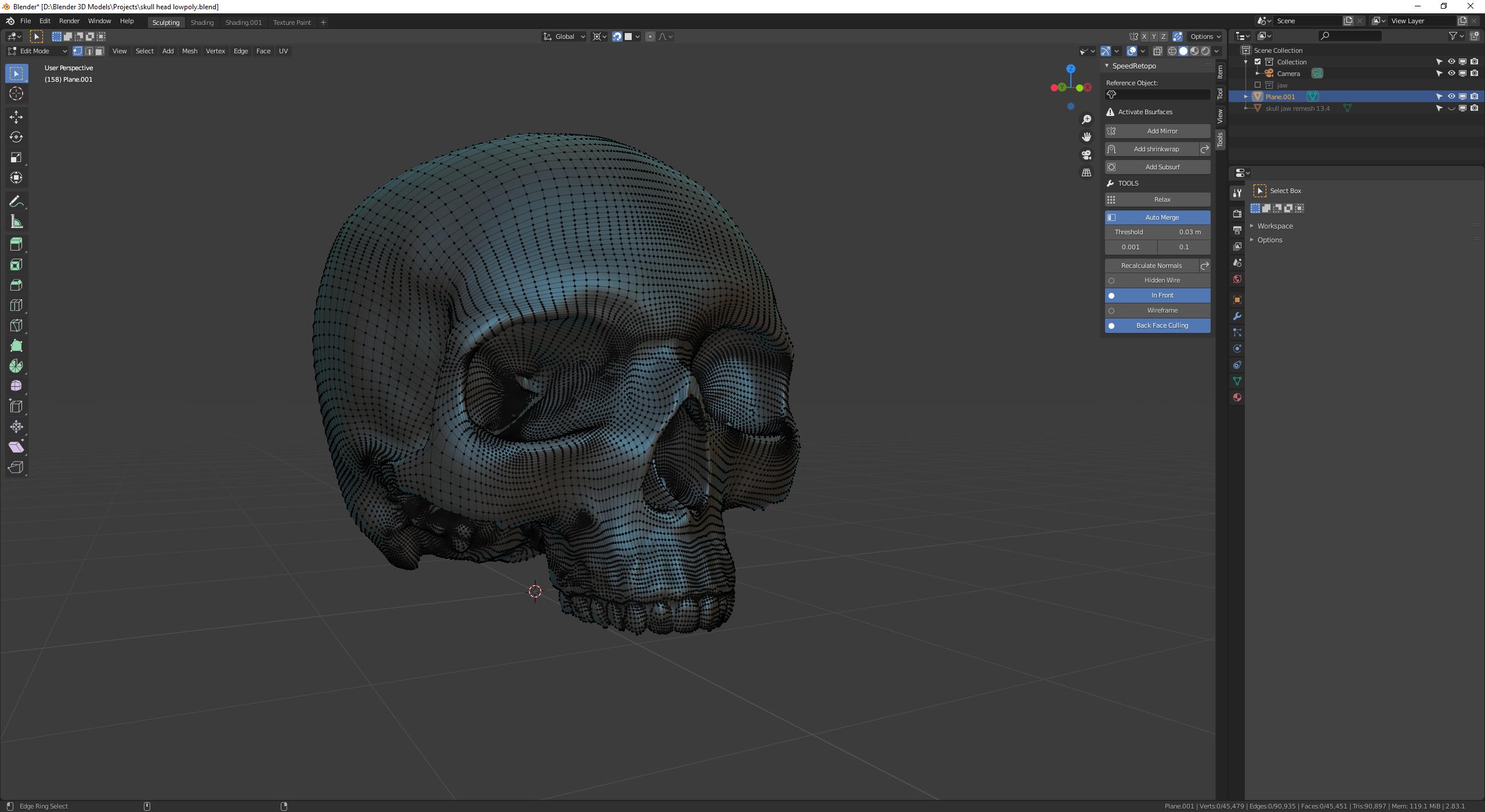 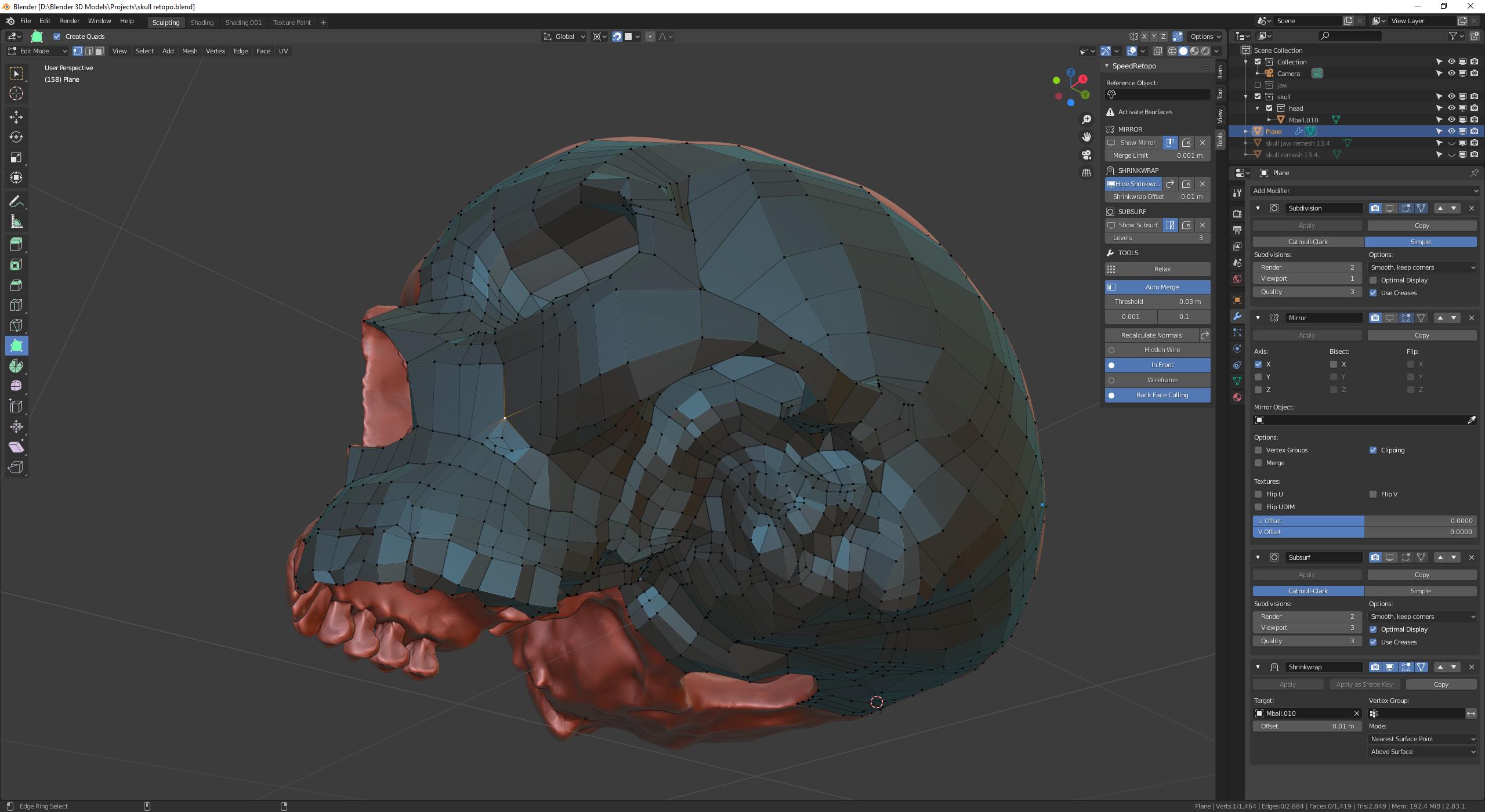 To create a good topology I'd stick to retopoflow as it's a huge timesaver for creating a decent topology. Retopoflow Blendermarket You can also give it a try for free even if I recommend buying it to support the developers. Retopoflow Github

However it totally depends on your animation. I think you can even get away with a 50k poly model if you only create instances 'alt + d'.

As soon you want to use deformers on your geometry, it's worth to create a decent topo, otherwise it's getting way to slow. Both your images are rather bad for deformers. (First has to many polygons, second has not uniform quads / clear loops).