I am a bit confused about axis systems in Blender. In the first figure - the green and blue represent the Y and Z axis. When I translate the object in Y,Z directions it moves perfectly. However, when I change the object dimensions in Z direction it causes the object to change in the Y direction. 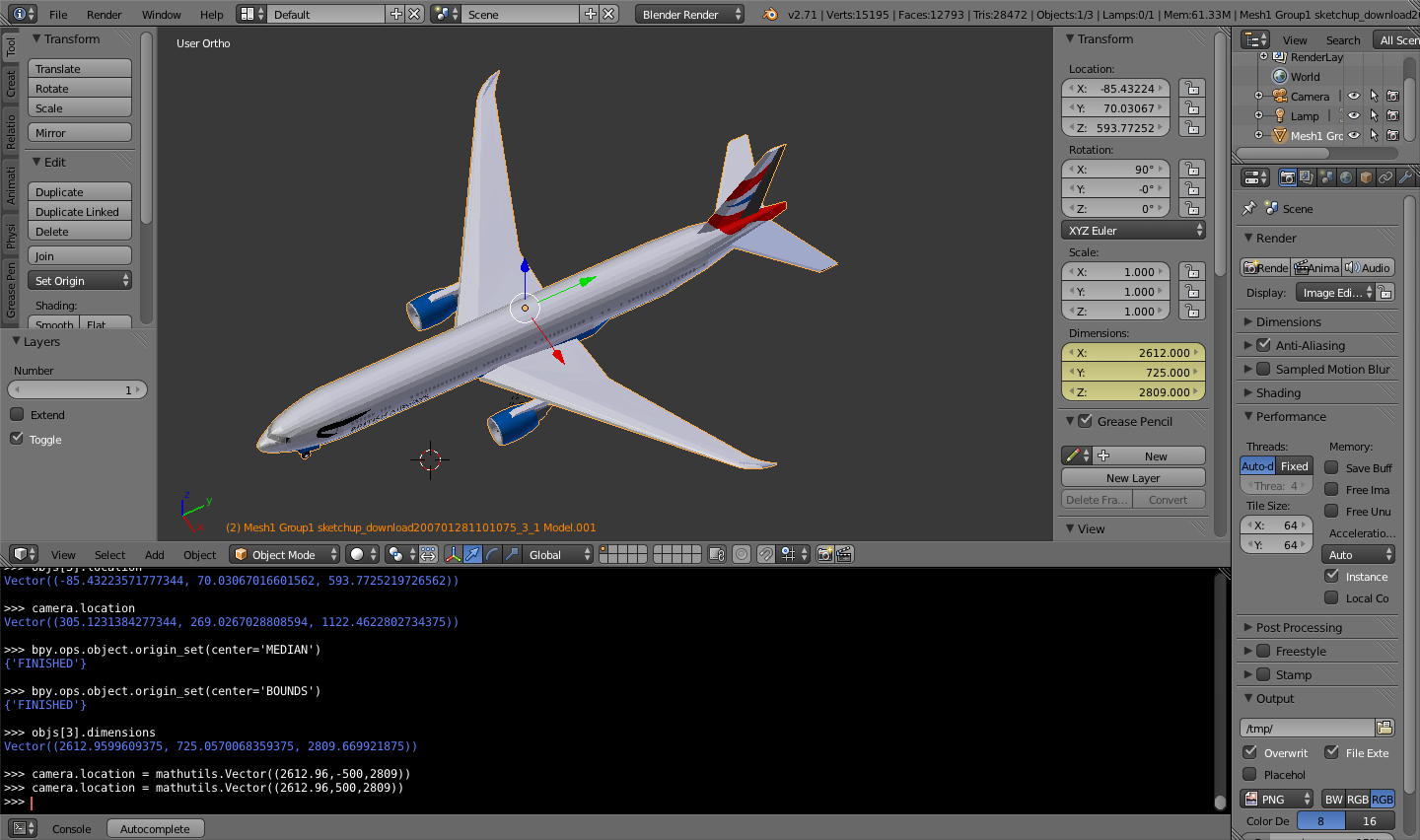 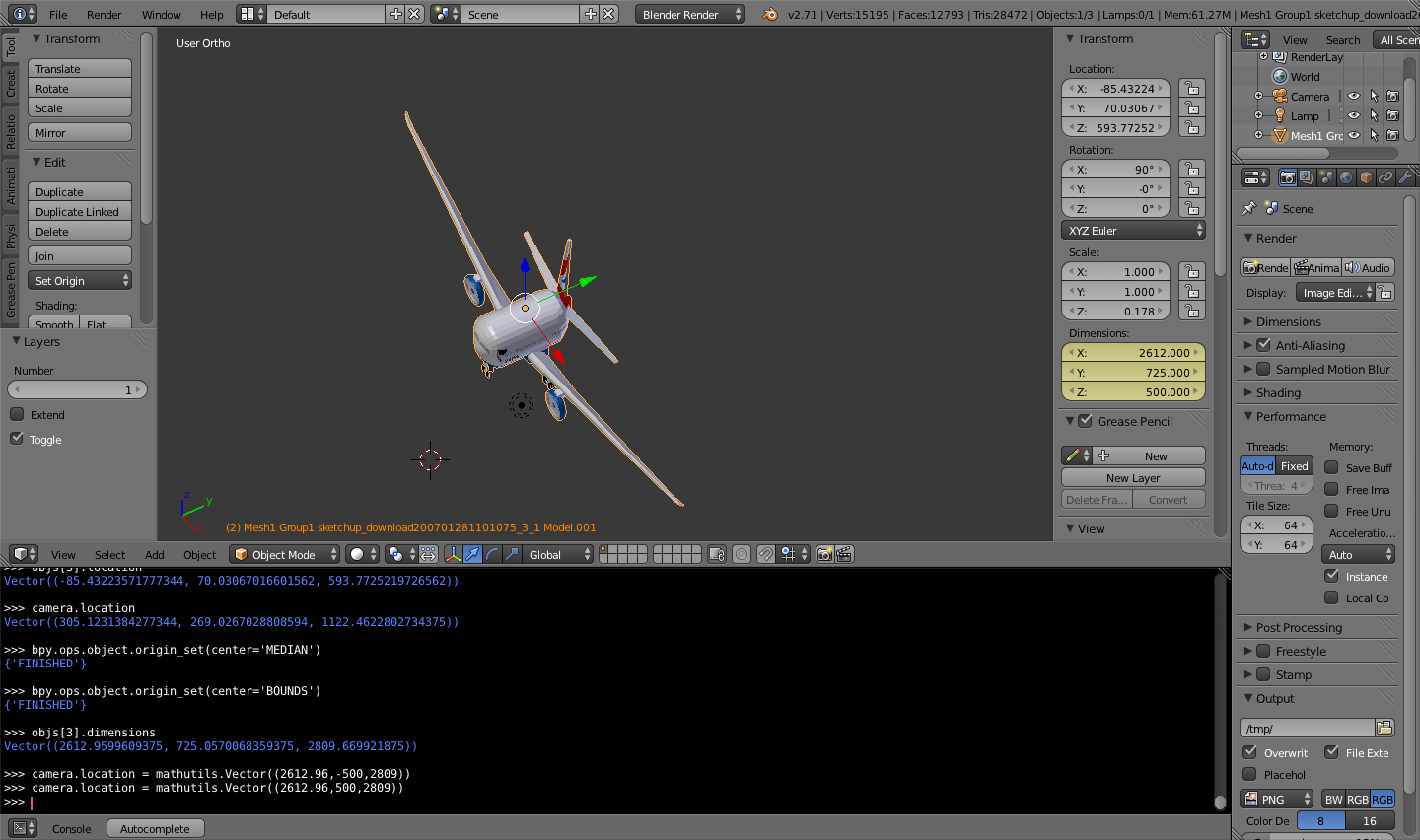 Also, in the first figure the dimensions in (Y,Z) are (725,2809) respectively - but obviously the extent of object in Y is much greater than in the Z direction. This makes me suspect that the dimensions are being shown in a coordinate system different from the one displayed on the screen. Any hints on how do I find it?

For sake of completeness - the airplane shown in the figure was imported as a .obj file. Since, it was composed a number of smaller meshes - I joined all these meshes into a single object and moved the geometry to origin. This is what is shown in figure 1.

This is because the object is rotated 90° around the X axis.

To fix this, apply the rotation with ⎈ CtrlA> Rotation.

Sounds to me like you scaling the object in object mode when it has a rotation applied to it. If you want that then gandalf's answer is all you need.

In the future you may wish to do all of your rotating and scaling in Edit Mode rather than Object Mode. This will prevent you from having to apply the transformations.

A simple way to see if transformations need to be applied. 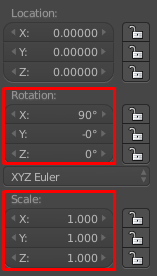 A usefull post to look at: Why is it important to apply transformation to an objects data?

Not the answer you're looking for? Browse other questions tagged transforms coordinates dimensions or ask your own question.

54
Why is it important to apply transformation to an objects data?