When adding a new object in object-mode a dialog with settings pops up. I know it is possible to bring that dialog back, but can't remember how? 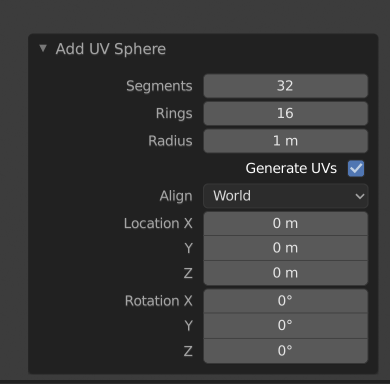 As already pointed by batFINGER, the correct answer is F9.

Also, remember that you can only do this until you haven't made any other changes to the mesh itself.

Also, the undo system which was very buggy between 2.8-2.81/2 .. is now fixed and rewritten from scratch. So you won't have problems in doing undo, just saying since a lot of people hated to do undo because of that.

Not the answer you're looking for? Browse other questions tagged objects interface object-mode or ask your own question.

2
how to bring up the menu at the bottom left

3
Shortcut Without Confirmation Dialog
2
When I add a new object / mesh to the scene, I can't edit previous objects
2
Deleted compositing layout — How to bring it back?
0
Blender 2.8 add object dialog disabled