Blender 2.8 I want to select the vertices, edges and faces that are on the front ONLY

I've been using blender since v2.74, but I'm still a rookie at some of the stuff. I'm using 2.82 now and whenever I use polybuild or even normal selection in edit mode, and try to move the vertices that are front facing I can't do it without accidentally selecting the ones on the other side or back facing - even without xray on. It's a small issue if what I'm doing is a small task, but I'm having a hard time now with my character's retopo... 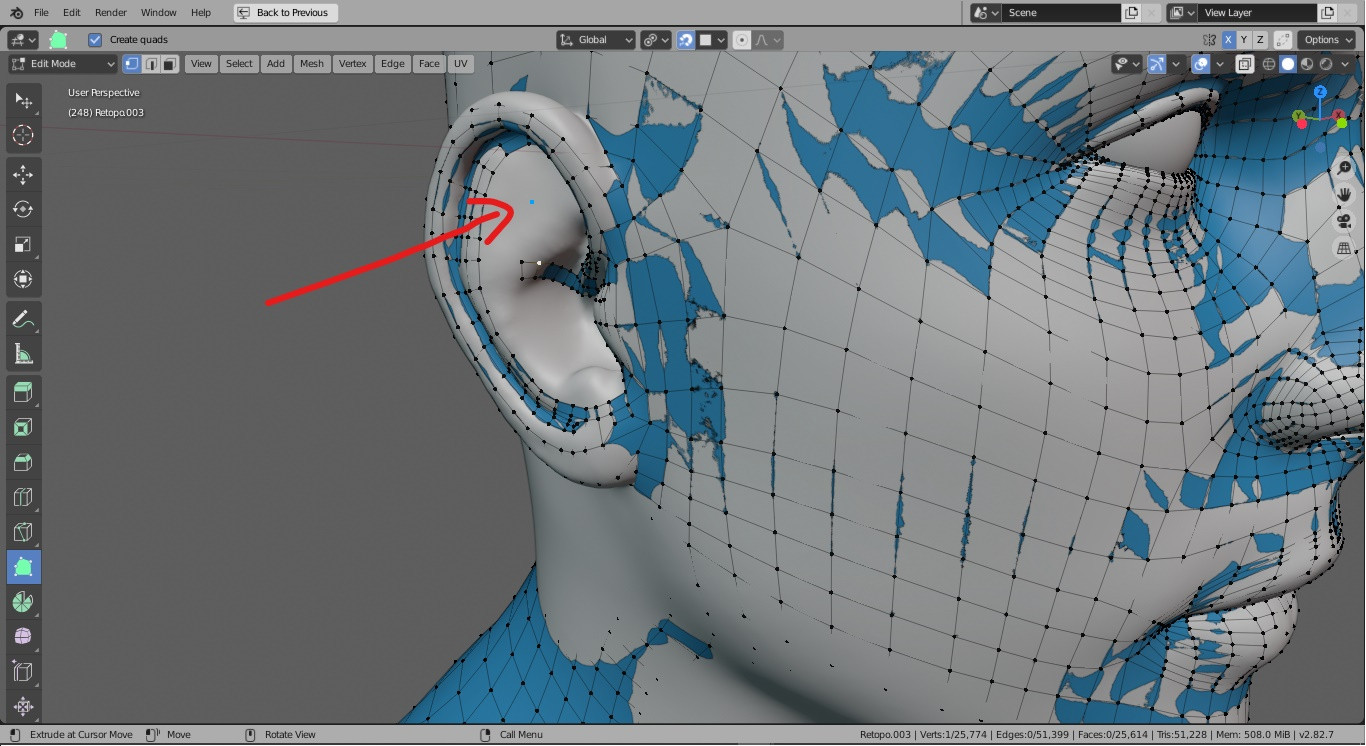 I don't know much, but to work around it I've just been separating faces in edit mode so I can edit each set as separate objects then mirroring and rejoining both sets. But I'm doing the ears now and it's annoying to do all that all over again because it takes a lot of time. I just wish there was a way to remove this feature because it wasn't there in previous versions before 2.8. Is there a way to just limit the selection to the visible/front facing vertices in 2.8? Pls help

There are several approaches you could take.

Note: So far as I can find, the backface culling options don't seem to do the trick. The one in the Materials tab, under the Settings section, would seem to only affect the appearance of backfaces during rendering. But there is another Backface Culling option located under the Viewport Shading menu at the top right of the 3D View, and it is only accessible if you happen to be in Solid shading mode at the moment. Clicking the Backface Culling checkbox here makes the backfaces change to translucent, but doesn't prevent their selection. One could be forgiven for expecting either of these options to prevent selection of backfaces, but neither do. The latter doesn't seem to do anything.

Thankfully, there are other approaches.

Not the answer you're looking for? Browse other questions tagged mesh editing selection-tools or ask your own question.

15
Blender 2.8 I can't see vertices, edges or faces in edit mode
1
Can I apply something like a mask to apply proportional editing to only some connected vertices in blender 2.8?
1
How does Blender know which faces and edges to automatically select when doing a multi-vert selection?
0
Exporting ONLY the selected, visible faces of a scene
2
What would prevent me from selecting verticies of active object in edit mode? (v2.82 is it a bug or my ineptness)
1
Problem with selecting faces vertices edges and texturing