I hope that someone can help a newb In my learning project, I got a mirror modifier active. Then I added some cubes and played with them. To learn something about cylinders I added one - yes first-time shortcut used correctly. I marked the top vertices and added a bevel modifier via "CRTL + B" When I try to morph a sphere, the situation in the screenshot appears. For me, it Looks like I got 2 "Centers" or something but I don't know how that can be fixed. Already tried to delete the cylinder and add a new one, tried to work with additional loop cuts but Nothing helped :-( 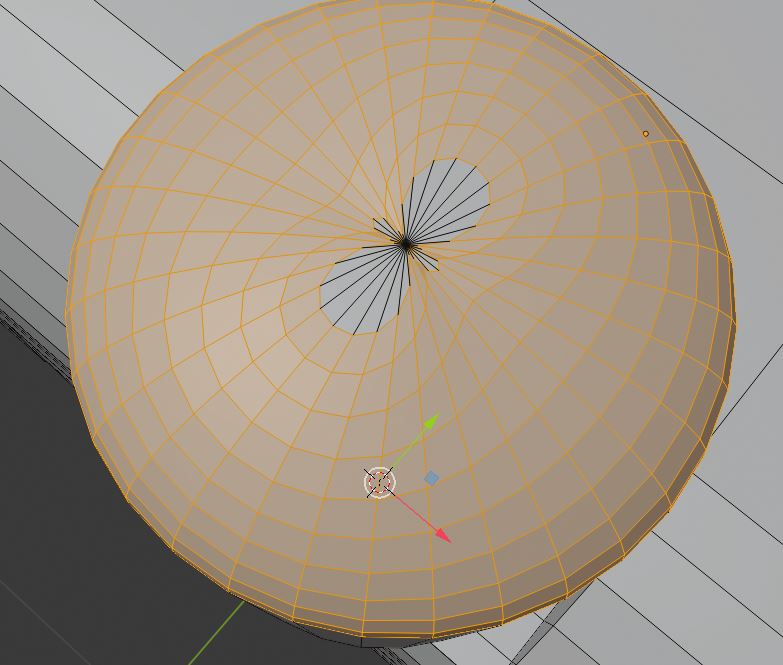 Then I took the object and moved it to make the screenshot. So, bevel was used at starting Point!

The result I would describe as the bevel tries to move each of the vertices and not only the top ones (the result of experiment see last rows of that comment) but all the vertex all around the wall of the cylinder. It seems that the Vector of moving is straight to Y-axis

26.6.2020 Additional Information as requested I added an image of what I want to do. Take a cylinder, add a bevel at the top, move the bevel straight up to get a spherical top.

This Image was created in a new model but it doesn't work in my target model.

Yes, I tried and deactivated the Mirror modifier and the result is the same.

Active Oldest Votes
0
$\begingroup$
Want to improve this post? Provide detailed answers to this question, including citations and an explanation of why your answer is correct. Answers without enough detail may be edited or deleted.