How can I fix these problems? How can I make the Emission material and Bloom effect both use indirect lighting, or light bounces?

Just increase the amount of bounces on the light and bloom. If you are in open space the light wont bounce again so you want a background environment for it to show. If your light source is say the front of a torch and you cant see that front because you are looking from the back you need to add volumetrics into your scene like interactive fog. But if you arent looking at a light source in real life you wont see it. You will only see the bounce...

What you are trying to accomplish has to overcome one of the downsides of EEVEE, which is that it uses "fast math" to approximate the effect of light bounces, without actually using them. The result is that for many things that need an enhanced appearance of this effect, akin to cycles rendering, you are often required to use VOLUMES to accomplish this.

In your example, the only way I know this can be achieved is to surround all the objects that will be involved in this "lighting illusion" inside a volume (in this case, a cube with a volume scatter node as the material, set to a density of .1)

Additionally, the emission object itself is not enough to cast "rays" into the volume - I had to "fake" it with the use of a point light near the surface of the emissive object (as can be seen in the image) 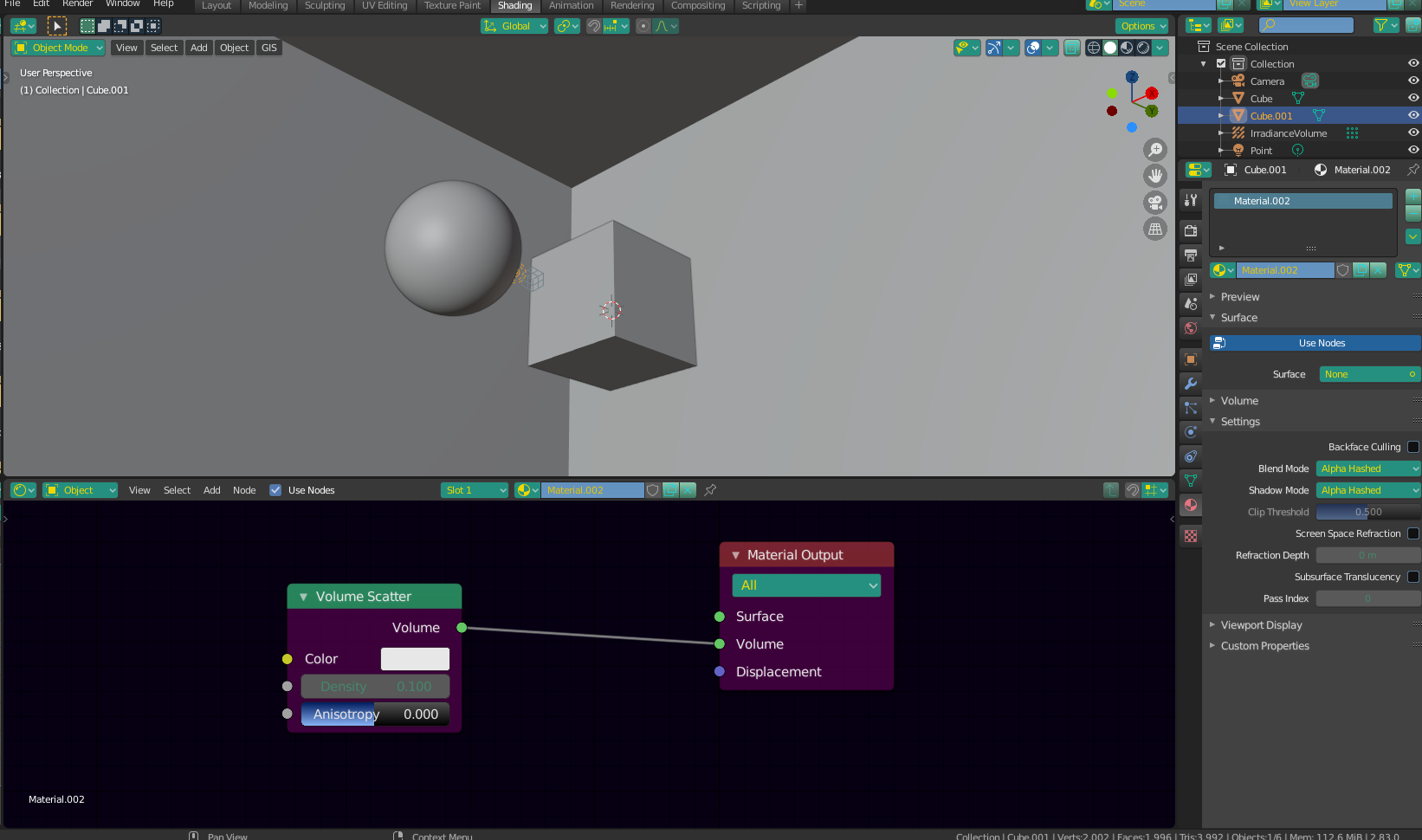 In many cases as well, this effect can also be enhanced by the use of an Irradiance Volume, and the use of baked lighting. Though I have seen this have substantial results in other cases, the results are negligible here, possibly because my test scene is too dark overall. 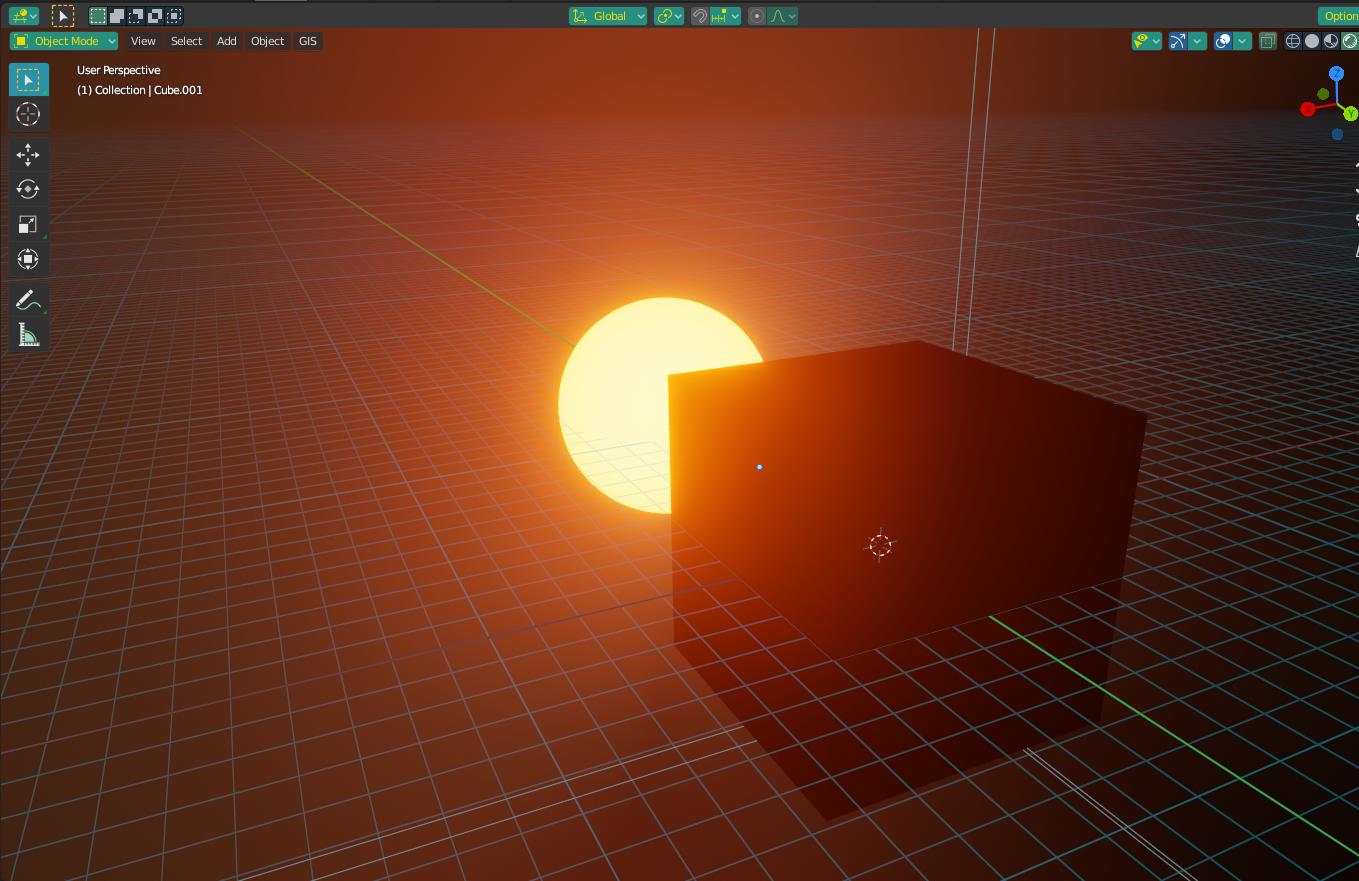 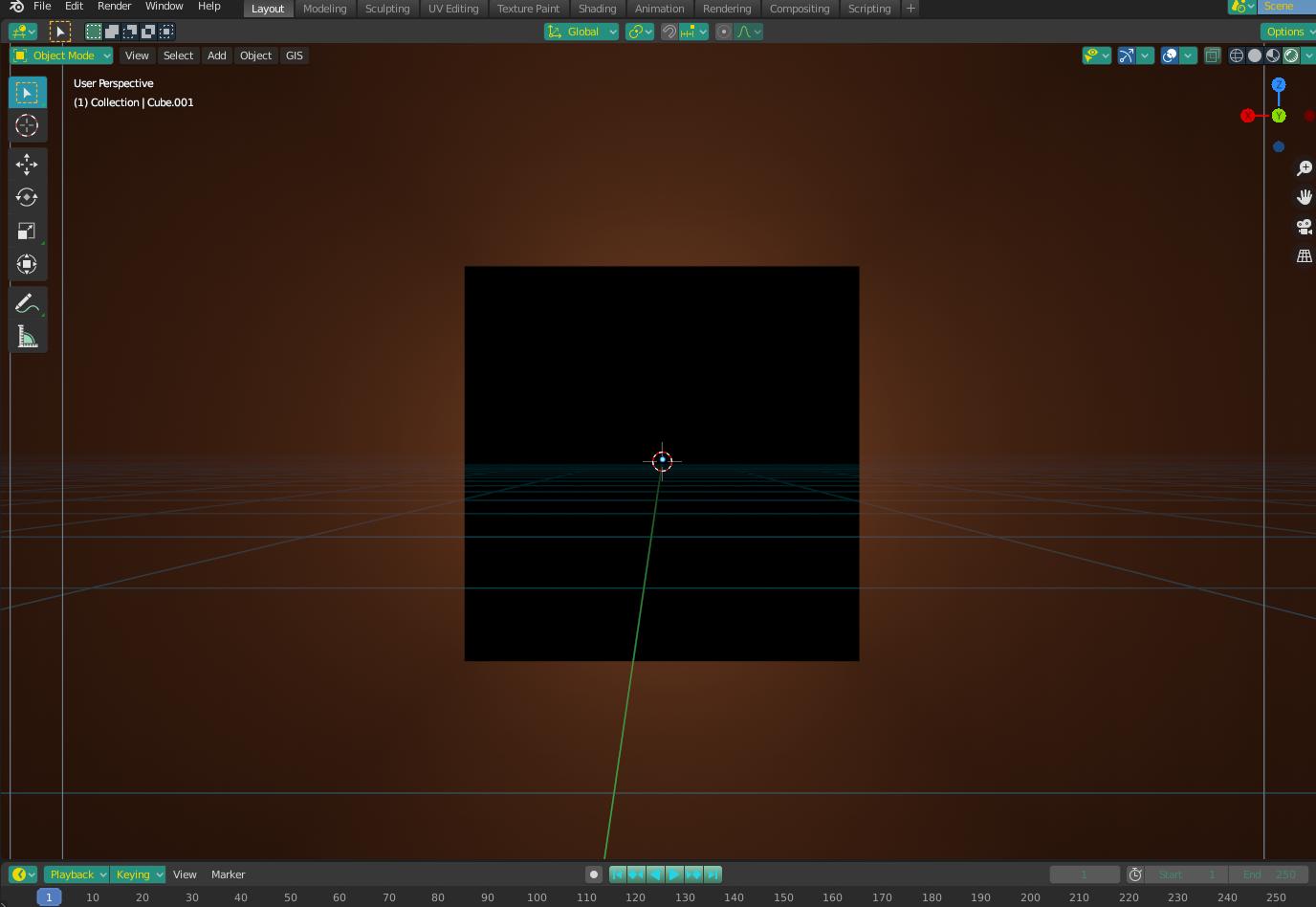 I think this is what you were asking for, HOWEVER, there are some limitations - the main one being that the "corona" glow is heavily affected by both the volume density and the amount of volume between the light and the camera. If you are animating, you will have to take special precautions to make sure the lighting stays uniform.

Also - I have a starry world-background in this scene, however it cannot be seen due to the presence of the volume.

Not the answer you're looking for? Browse other questions tagged rendering camera eevee-render-engine lighting emission or ask your own question.