I created a plane and started working on it's corner to add some radius.

Now I want to smooth the edges (perimeter) of the plane. I tried to use Bevel but I am unable to do this as soon as I solidify the plane. Any clues why it doesn't work properly or how to do this? 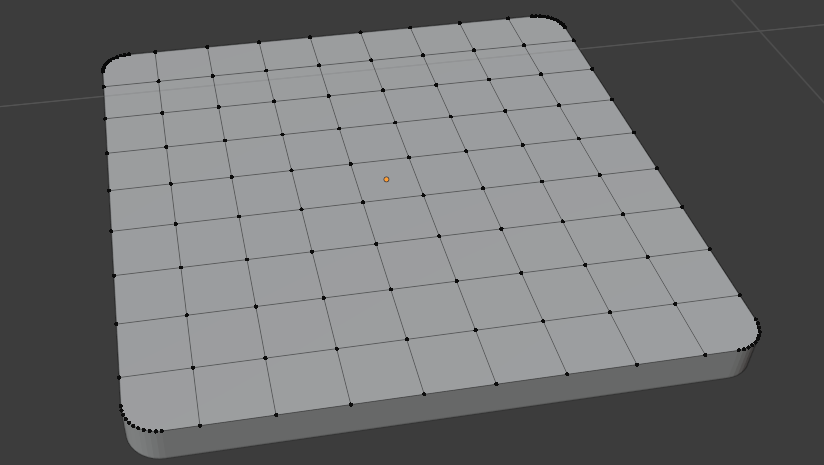 You can't use the Bevel operator to bevel the edges of your Solidified plane, without applying the modifier, because the edges don't exist at the time the operator is invoked. You can use a Bevel modifier to do it, below Solidify on the stack.

The first bevel, rounding the corners in XY, could be done with an operator, and that may be better, allowing you to, say, inset the plane, to avoid the normals in the triangulation of the large n-gon interpolating badly over the edges into the thickness. However here we go with modifiers all the way, on a once-subdivided plane..

Based on your shape, you can get smooth corners without a Bevel, just use a Subdivision Surface instead. Put it above the Solidify modifier if you only want the corners rounded like in your picture, or put it below if you want it to round horizontally and vertically at the same time. See Below: 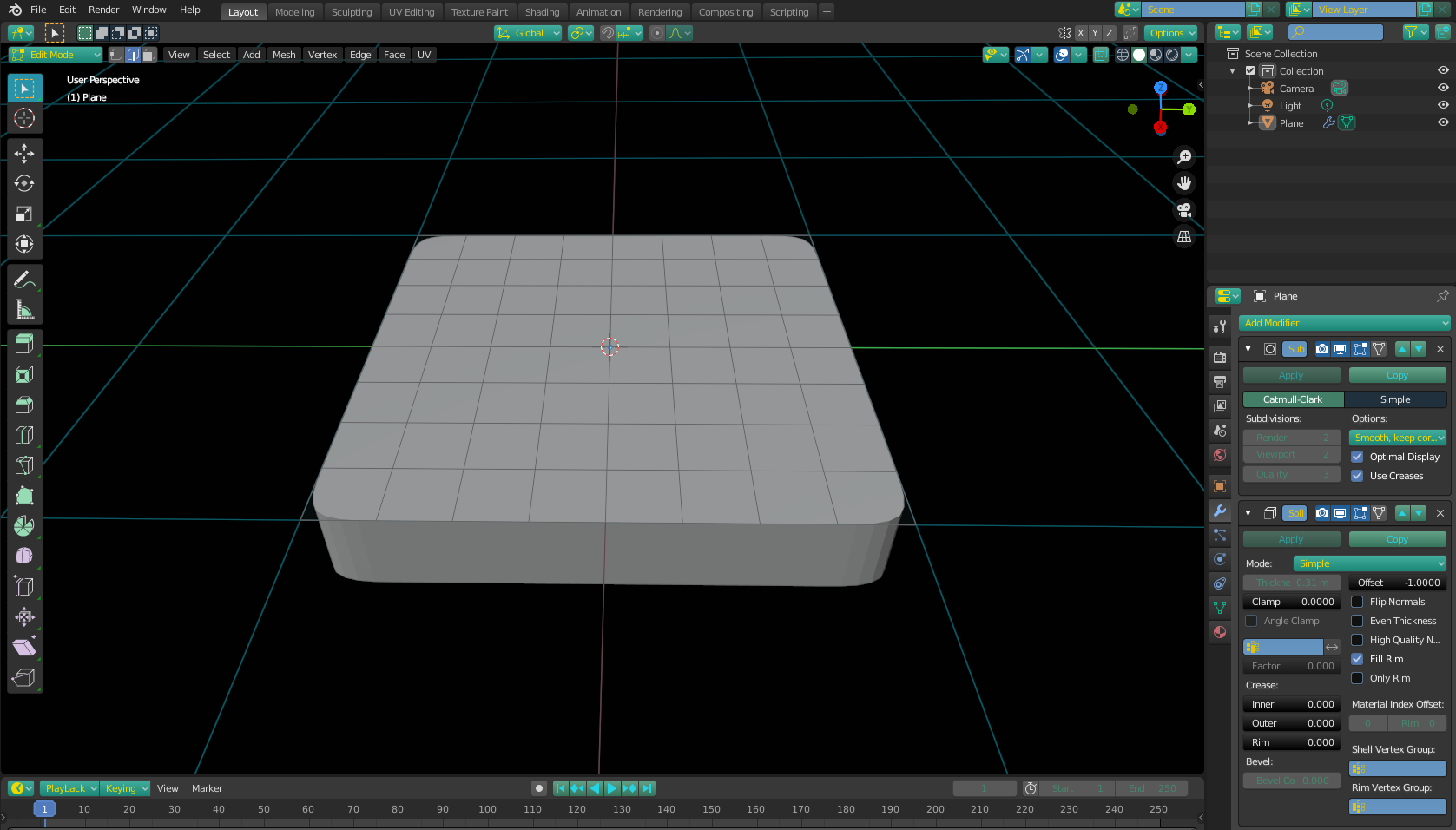 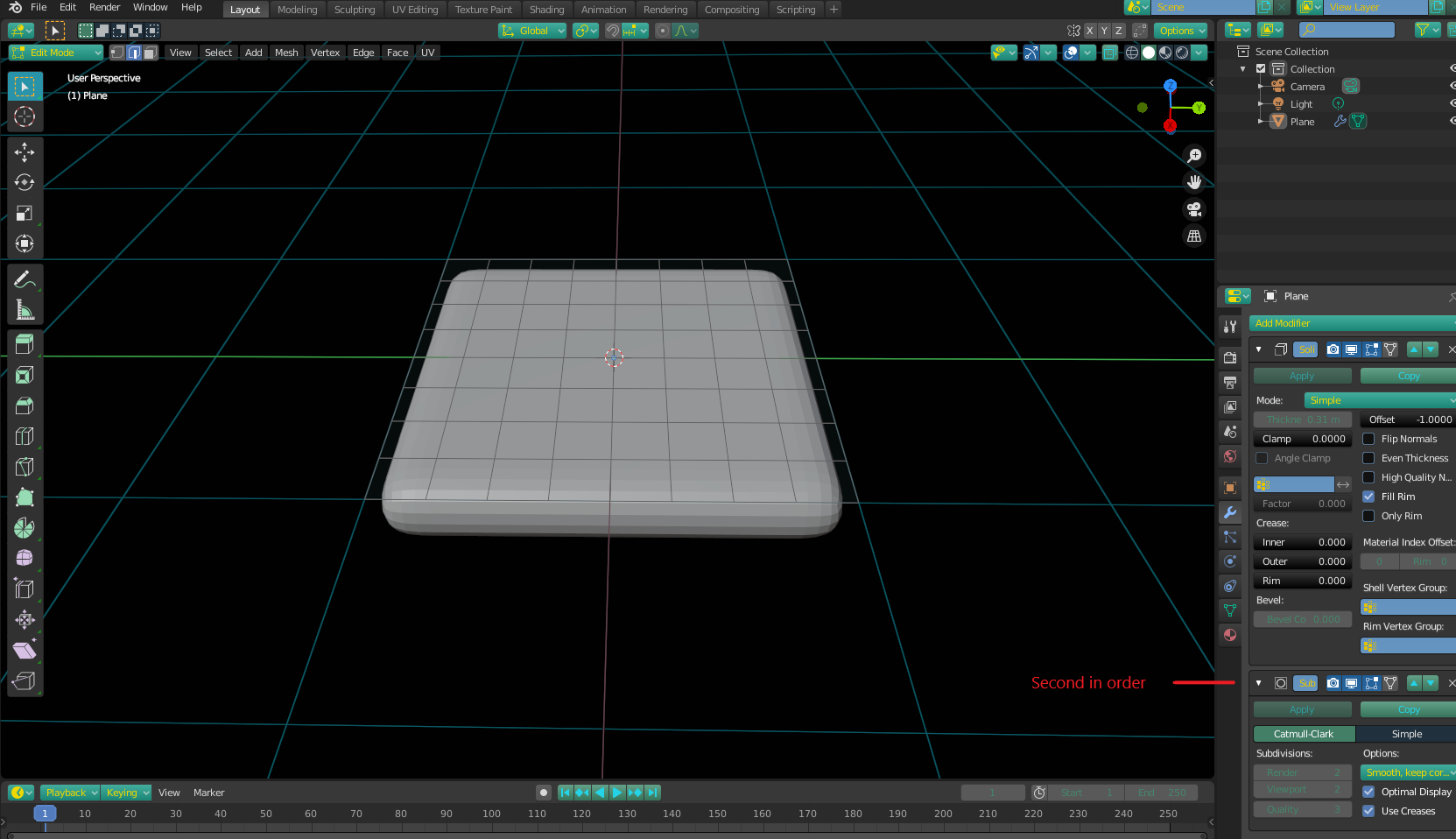 Not the answer you're looking for? Browse other questions tagged modeling modifiers bevel or ask your own question.