Is it possible to prevent a Displacement modifier from affecting certain parts of a mesh?

A Displacement modifier is doing a great job making a mesh look a realistic object, but there are certain spots, such as a dozen or so vertices at one corner of the mesh, where I don't want any displacement effect. The displacment is making a mess of things in those spots.

I don't want to undo my brilliant sculpting work there and re-do it after applying the modifier, or to fix the mess afterward. In fact, I don't want to apply the modifier. Never mind my particular reason, since other Blender modelers may have the same question and want to animate, adjust the Displacment settings later, copy the object but have different ripples in the objects (using global coords), or whatever.

What would be nice is a way to modulate the "strength" setting with a grayscale image or painting in a UV map, but I'm not seeing how to do that. I'm one of: unlucky at Google today, stupid, or ignorant of some non-obvious feature in Blender. Maybe there's a nodes editor way to build a processing pipeline for modifier parameters?

You can achieve this by applying your displace modifier to a vertex group. 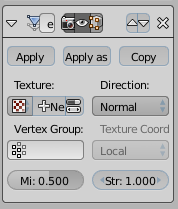 Just ensure that the vertices you don't want it applied to are not a part of your vertex group. 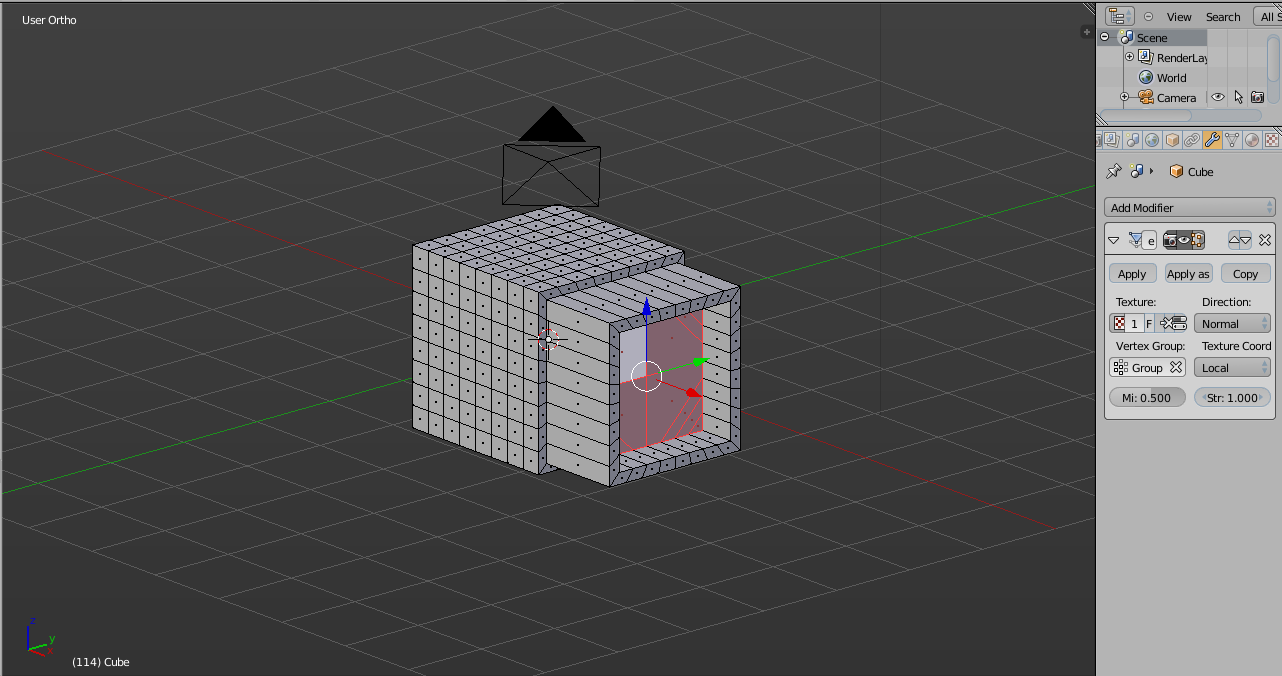 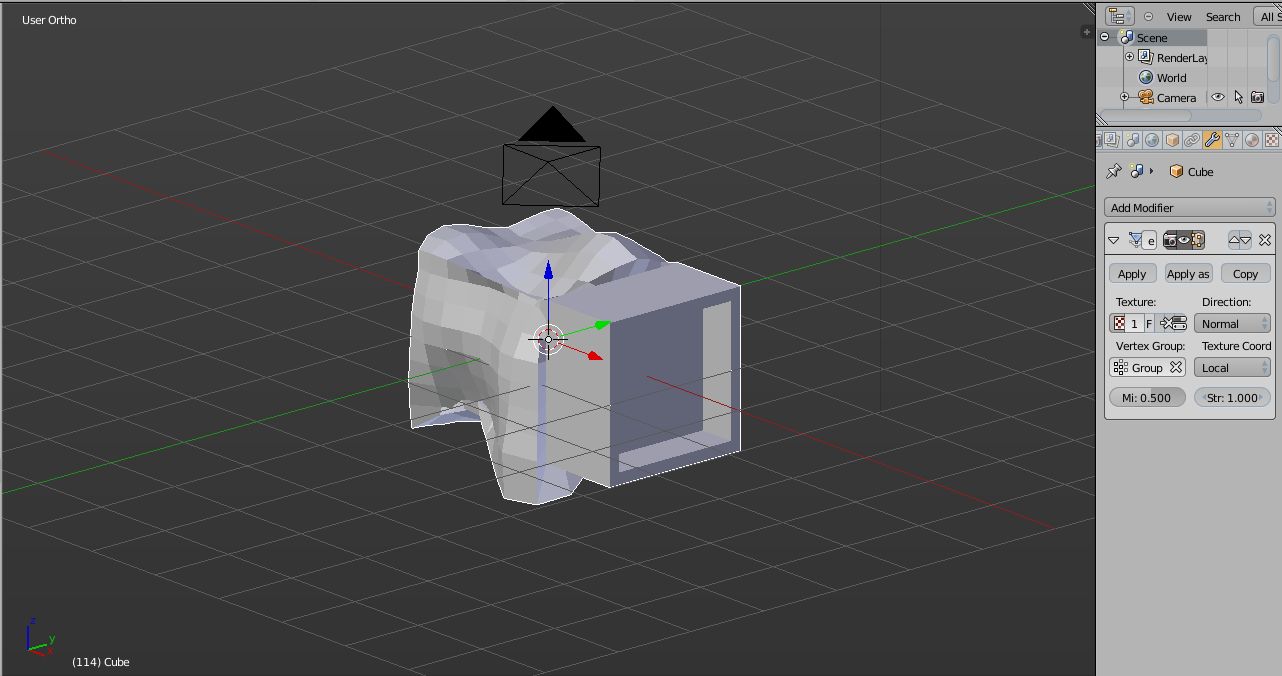 The Texture and/or Vertex Group settings of the Displace modifier controls the influence.

It seems you are already using a texture and want to mask out areas of that. Doing this with texture nodes is currently not possible and has been on the development todo list for a while:

Texture nodes disabled for displacement now, conflict in using it with render (needs owner for stack).

As for modulating the strength value, the way to control individual values in blender is either through keyframes or drivers.

The blender wiki has a short tutorial that can get you started.

1
How to apply a displacement modifier to one area of an object from an image?
0
How can i use the displace modifier for the whole mesh and not only part of it?
1
How to get displacement working on a completed house?
2
How to make a thin sphere with a hole?