I've been sitting on getting a flame gradient achieved since I didn't know how to get it to be seamless between two objects. I used very basic mapping, but of course it looks rudimentary: 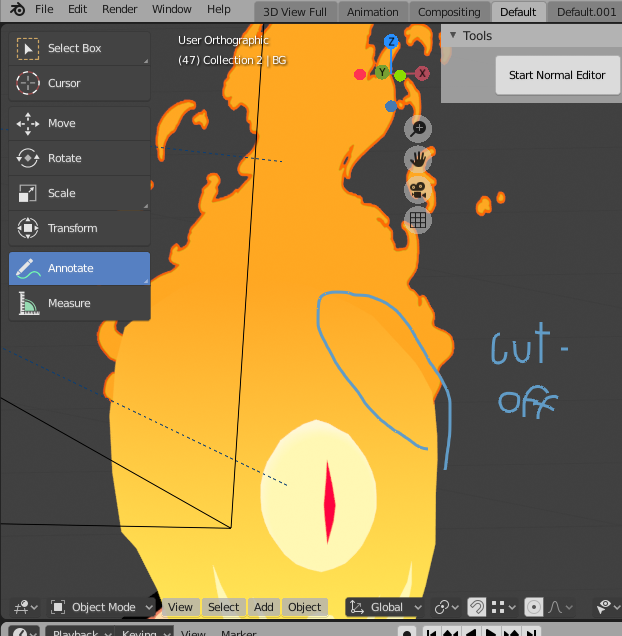 And here's the screens of both the node sets for the head and the flame: 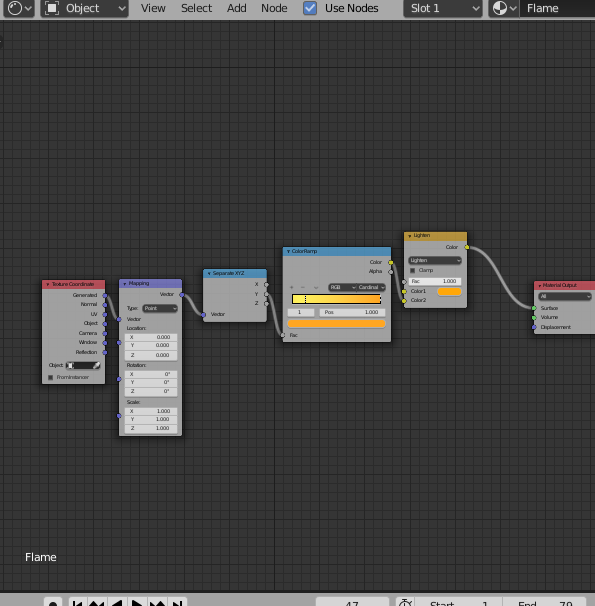 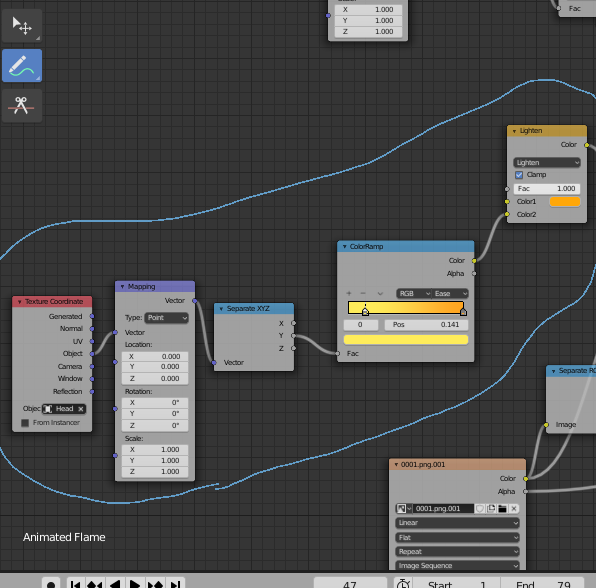 The flame is a flat plane that uses and image texture, where as the head relies on its own mesh, so I hope it doesn't complicate things.

How can I get a seamless 'universal' texture that will look consistent between both objects?

Here's a mockup to show what I'm aiming at (also ignore the fact there isn't a flame outline, it doesn't matter) 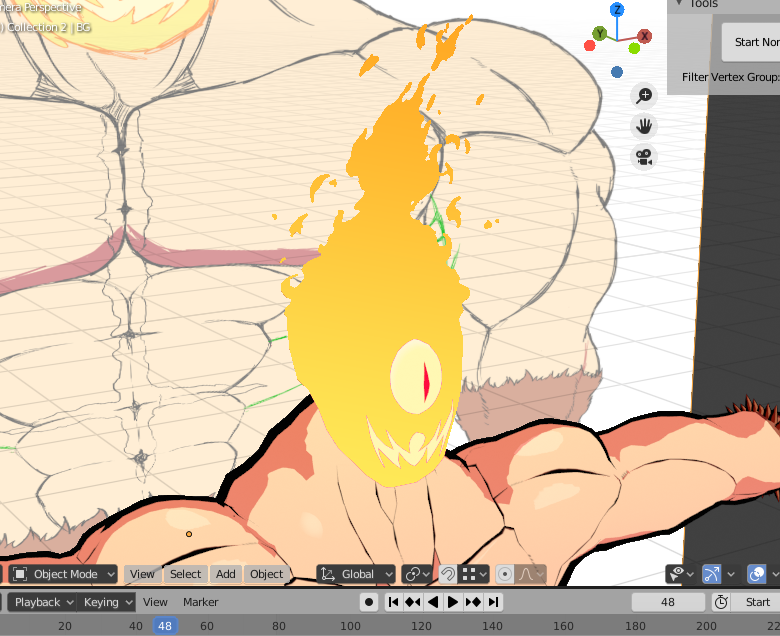 If you use the "Object" output from the "Texture Coordinates" node on both shaders, and then set the origin of both objects to the same location, the seam should disappear.

I actually now figured it out after coming back with a fresh mind.

I used texture coordinates from the head for both my image object and the head itself in the end, combined with a camera node. 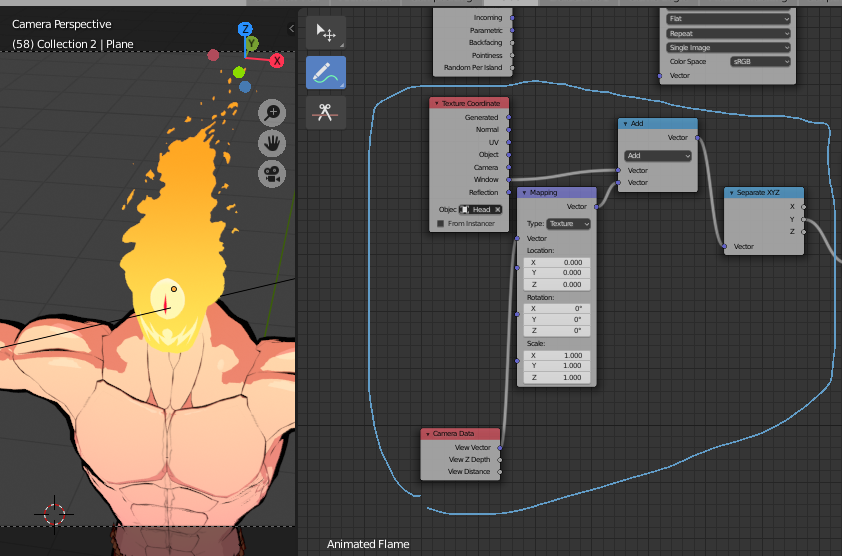 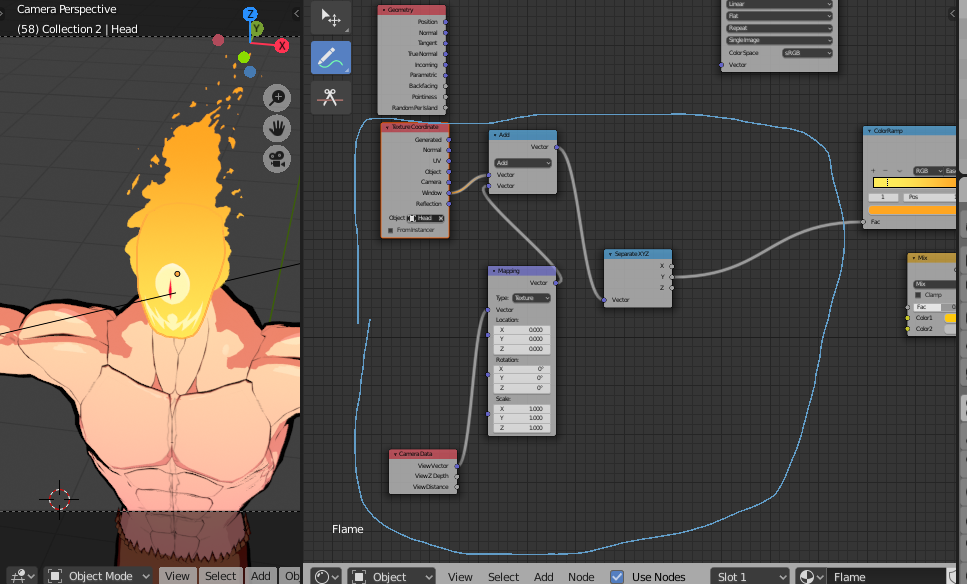 I specifically made the axis Y to get a consistent vertical look, and made both the image object and head share the same origin.

I'm sure that's also a deciding factor to get what I ended up with.

Hope this helps anyone!

Not the answer you're looking for? Browse other questions tagged nodes objects eevee-render-engine or ask your own question.