Here is the first tank model I made. It uses the array and curve modifier for the track shape and I purposely left a gap which I stitched together with the F key function to create a solid shape in Blender. When I placed it in Unity the stitch I made came out as a partial void but the track suspension worked:

Notice the void in the track links where I tried to stitch them together.

And the tracks deform perfectly.

After this I tried to fix this issue by making the number in the array just a bit too small and then I edited the bezier curve to make it just small enough to made the track almost connect. I did not edit this after applying the array and curve modifier.

And the later model looks like this, notice that the track comes out perfectly without any gaps or voids. 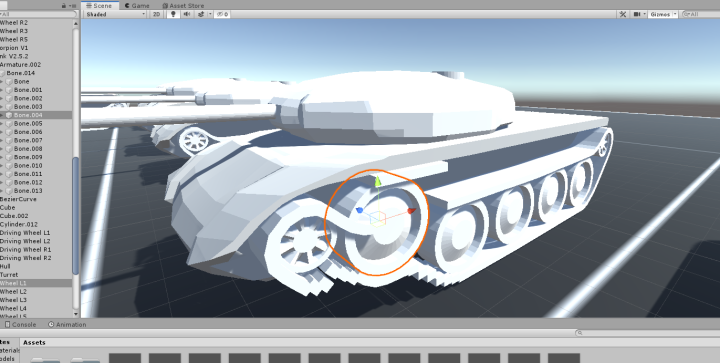 As you can see the track does not deform properly. In a newer version, I tried arranging the bones better so that the automatic weight painting would look better. 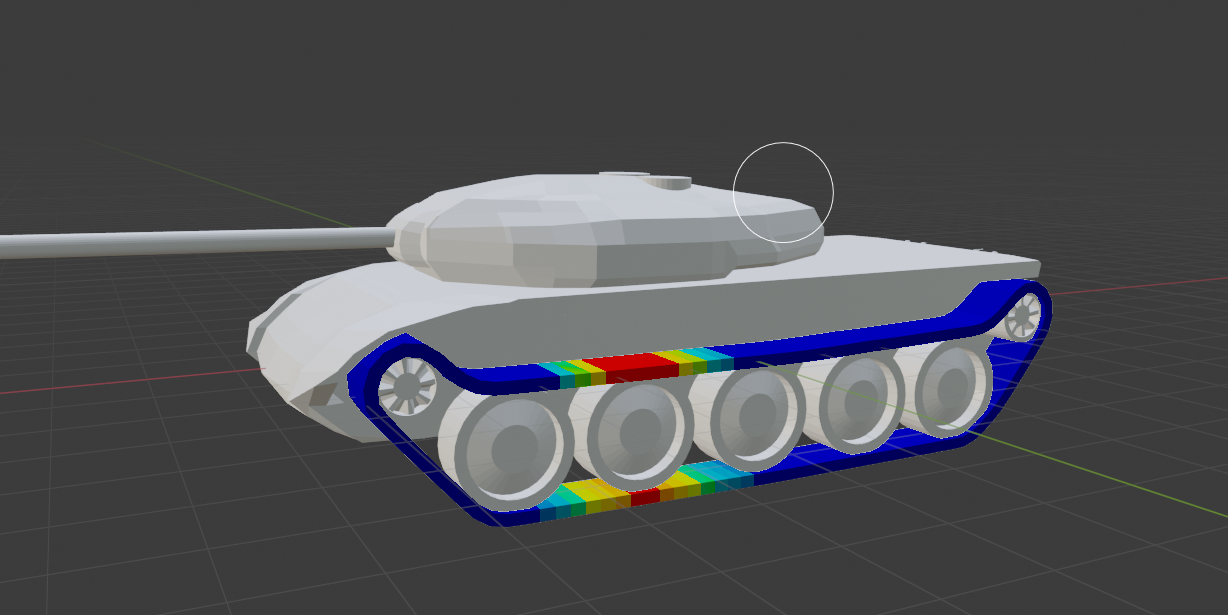 But the issue is still persistent in Unity: 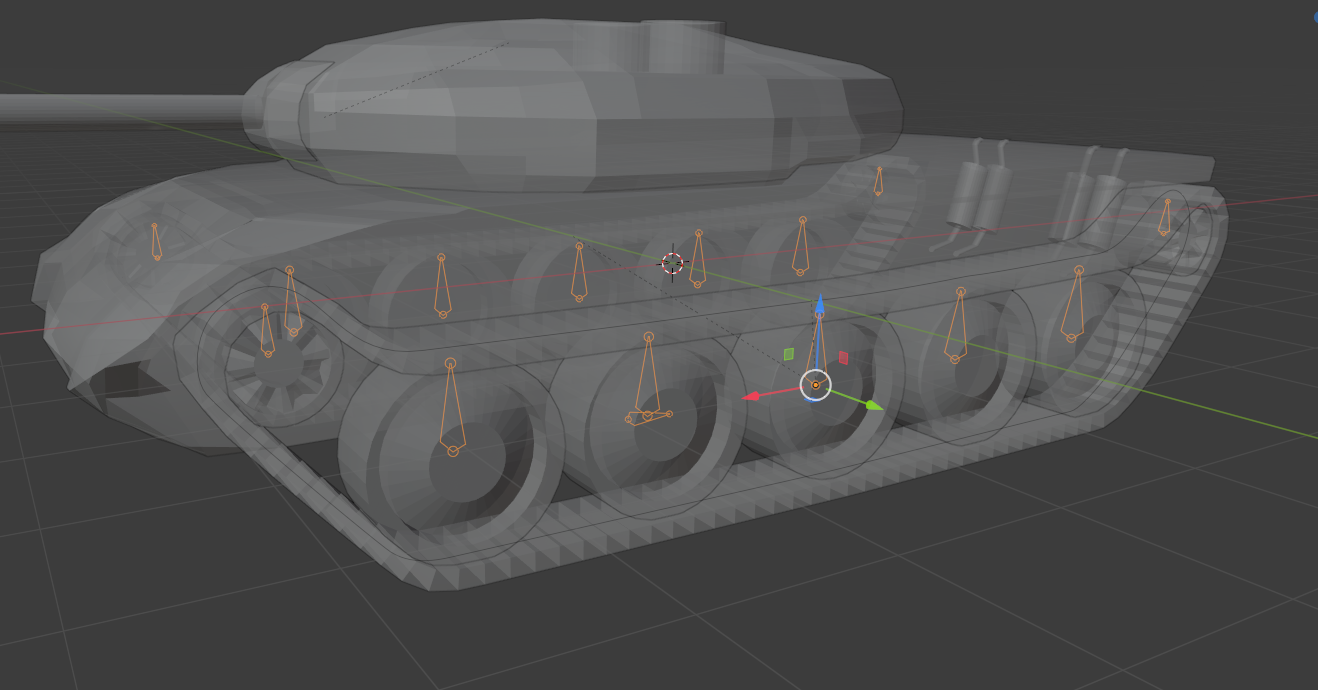 I have tried creating these tracks several times. Any help would be greatly appreciated.

First you can delete the faces on the sides of the track segments, where they connect. These will end up on the inside of the track where you can't see them, so you don't need them. 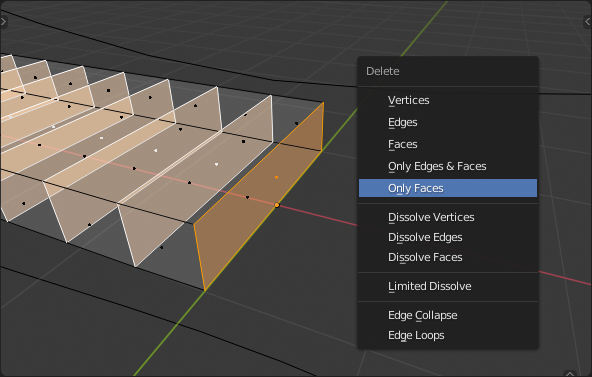 When you merge your track segments (to get rid of the staircase effect) by checking the Merge box in the Array modifier, you can also check the box First Last to close the loop. It doesn't always work though, like in my example. 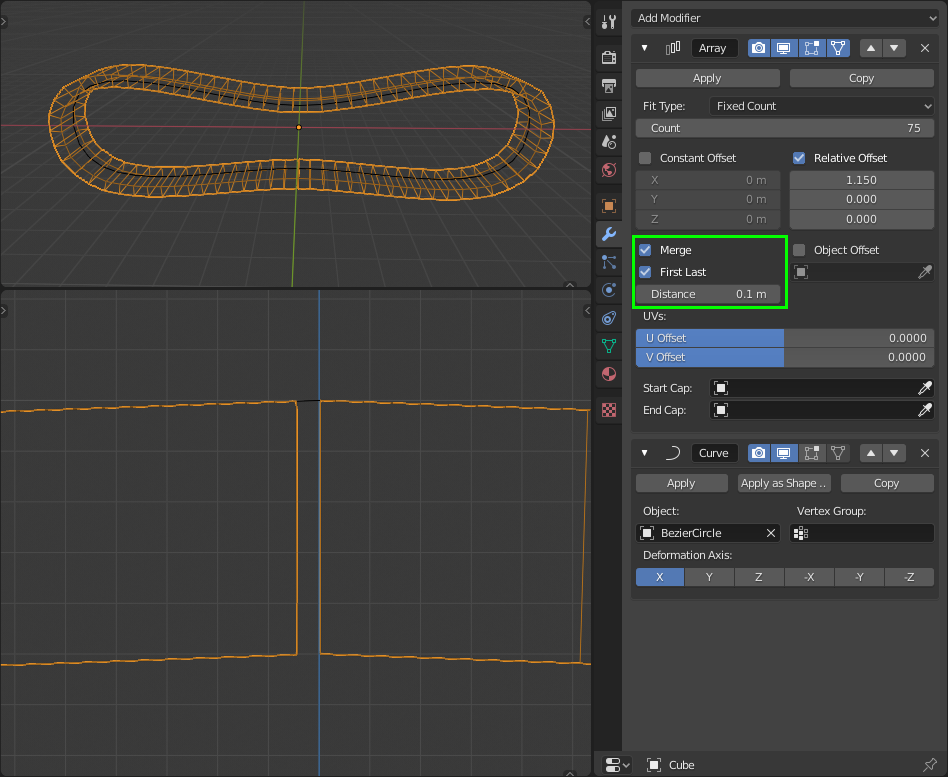 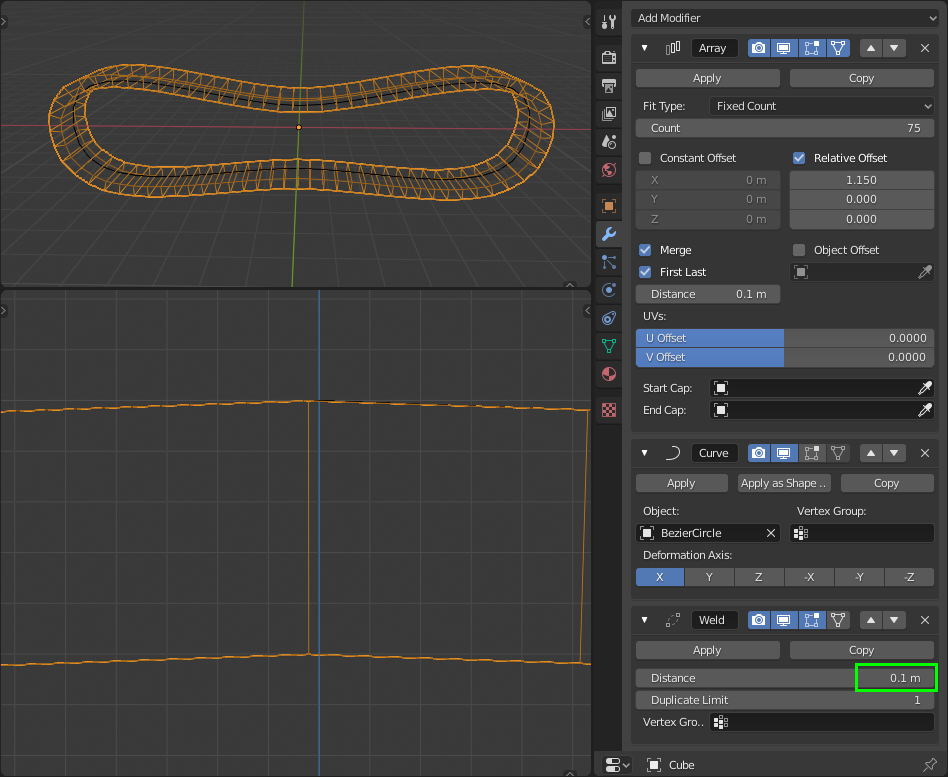 Not the answer you're looking for? Browse other questions tagged modeling rigging armature bones unity or ask your own question.

3
Skinning A Simple Tank Track For Unity3D
1
How to connect armature to mesh?
0
Blender Mesh is deforming when imported into Unity3D
0
Problem rigging with automatic weights and shape keys for Unity
0
Mesh being deformed in a weird way by armature
3
How to convert lattice-deformed and bone-controlled eyes to exportable shape keys?
2
How do I get rid of the small line that appears in-between offsets when using array?