There are strange lines that appear on my glass in my phone render. How do I get rid of them?

I've been working on a phone model for some friends, and there are strange lines that appear in the glass when I render it. I'm using Cycles. Here's an example:

I think it might have something to do with the distance between the glass (which is now just the outside layer of white) and the layer below it, but it doesn't appear in the render preview... Is there anything I can do about it? It only appears in the final render.

If you need the .blend, here you go: Google Drive

Your model has very bad topology (N-gons) and that's the problem of the artifacts in render (but you can see problems also without rendering, check my screenshot) 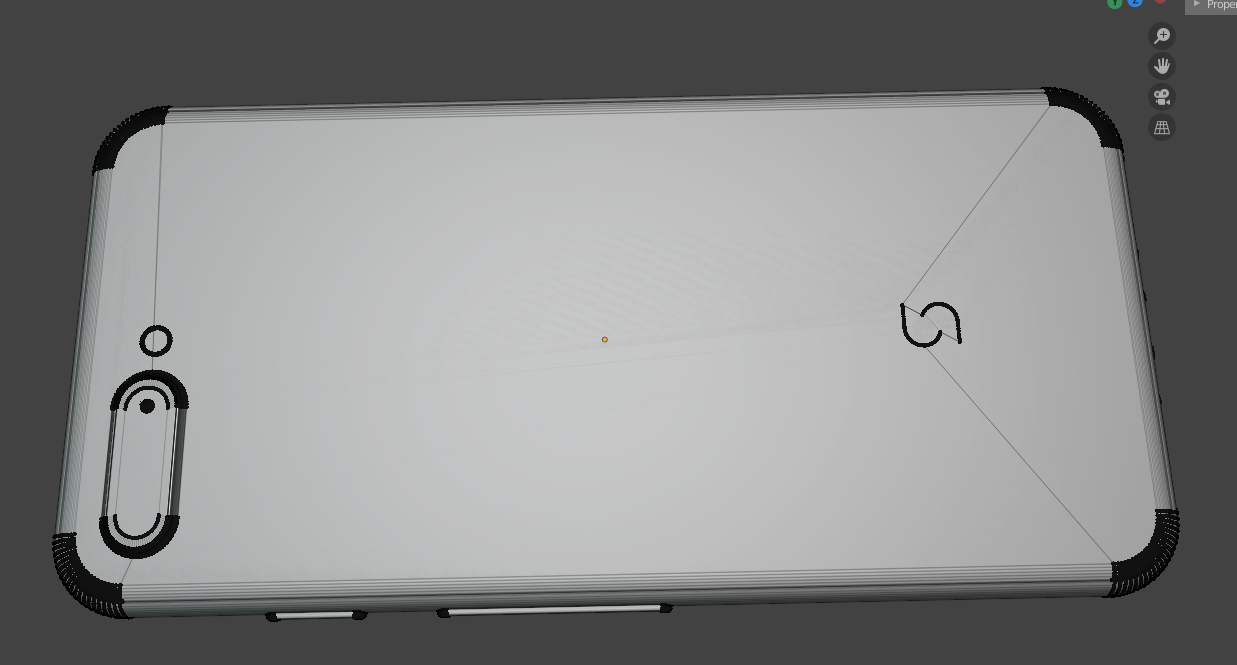 more info: What is an Ngon? If you're unfamiliar with what an ngon is let's go over a very quick review so you can understand this question a little more. An ngon is a face or polygon that is made up of five or more sides or edges connected by five or more vertices. Anything over a quad (4 sides) is considered an ngon.

More here (https://www.pluralsight.com/blog/film-games/ngons-triangles-bad) and on youtube/google if you look for ngons.

Not the answer you're looking for? Browse other questions tagged modeling rendering cycles-render-engine texturing glass or ask your own question.

2
Triangles forming in a mesh with no triangles when rendering
2
Cycles procedural texture appears in preview, but disappears in final render
3
During render can I render freestyle lines, then re-insert them back into the scene so other objects may interact with them during their rendering?
3
render of a white object is gray?
3
Reflections are displayed nicely in preview, but not in final render
0
Rendering Glass (layers) resulting in strange dark patches (in Final but not Preview)
3
Cycles - transparent background still renders background color through glass?
0
washed out textures in render
0
Is there any way to make the paint created in Texture Paint mode appear in render mode?