How to use bevel node without joining objects?

I have an object with modifiers, it is a bit complex, it is intersected by another object that is CAD modeled (it does not have a good topology), My idea was to use the bevel node to smooth the intersection however I think this only works if one of the two objects which I cannot do for the modifiers and boolean either (it generates errors due to the bad topology of the CAD object), is there any way to use the bevel node in two different objects? 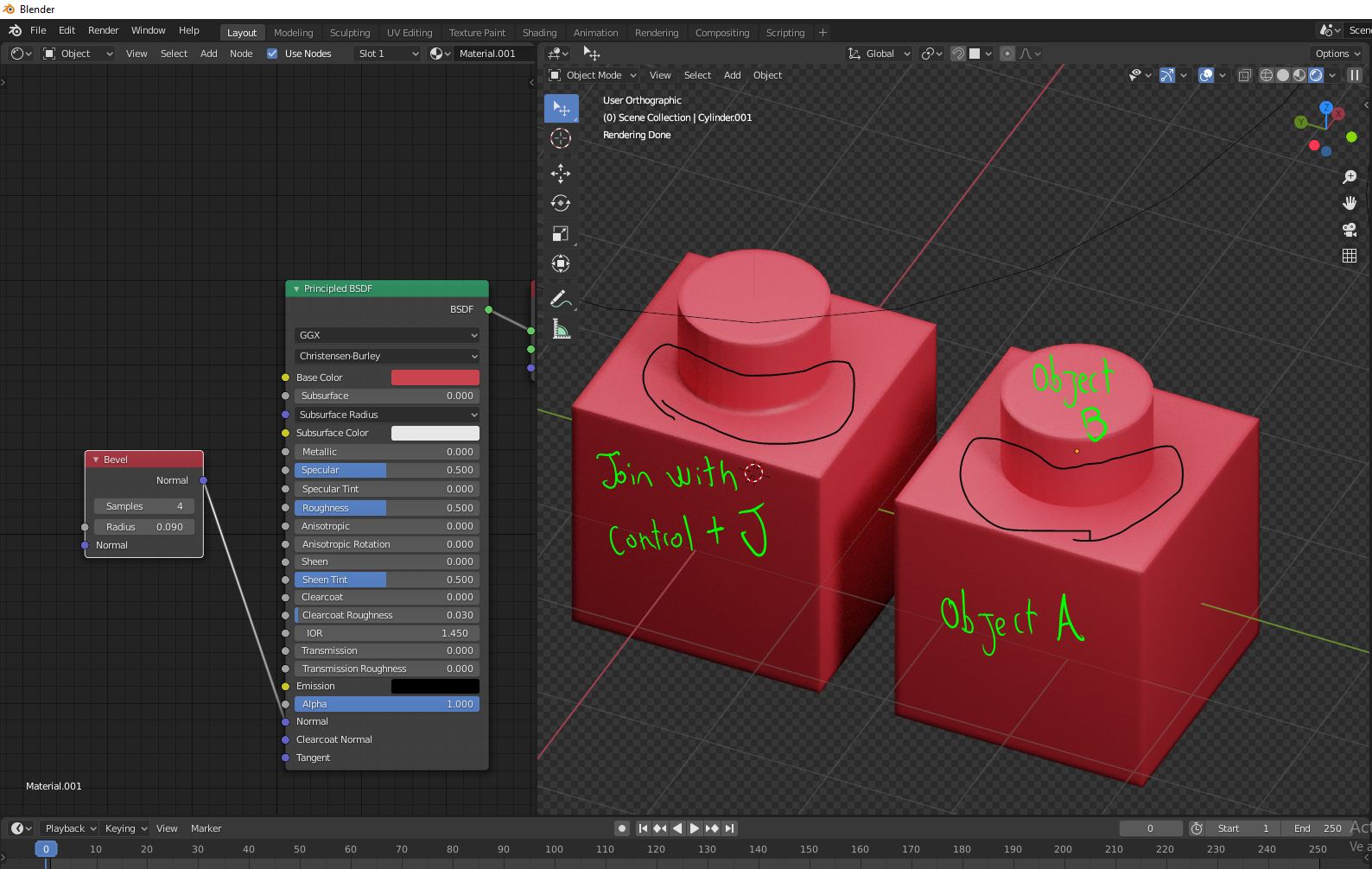 As long as these objects are not connected in the Edit Mode, Blender cannot understand the correct way to bevel the intersection.

Below I shared a .blend file where I connected a cylinder and a cube in the edit mode. For more understanding on how to do that, I recommend this tutorial: https://www.youtube.com/watch?v=M4F6Q6h2-ao

Not the answer you're looking for? Browse other questions tagged cycles-render-engine bevel or ask your own question.

4
How can I bevel geometry that approximates a curve?
0
Looking for help with my Ngons
1
How to round the edges of a mesh with small faces?
1
Custom Hardened Normals in LuxCore
3
Smooth bevel edges using non destructing Boolean
0
Can't bevel round cutouts in a cube