Is there a way to hide/remove parts of a fluid sim mesh so they won't show in render?

I have my fluid simulation beneath a floor plane, and I only want the splashes that rise above the plane to be visible in the final render. I've been trying to find a way to make the pool of fluid below the plane invisible, but applying a boolean to the domain didn't work. I don't think an outflow object would work either, as I do need the fluid to be there in order for it to splash.

Is there any method out there for doing this?

In case of Particles System type Fluid, there is not a direct way to hide part of particles. You would have to convert sim to mesh.

In this example I used Metaball as particle (because Icosphere object keeps particle system after export). 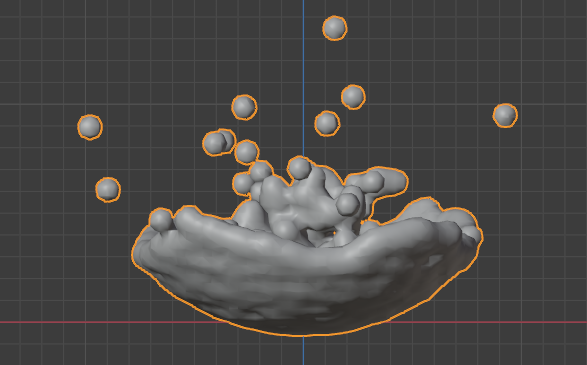 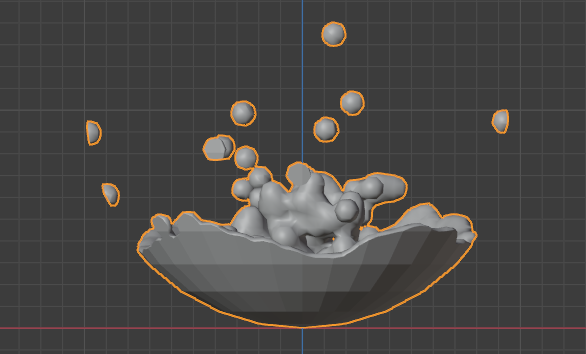 OK I got it, you mean particles generated by Fluid Simulation (Mantaflow) - Liquid and Spray. 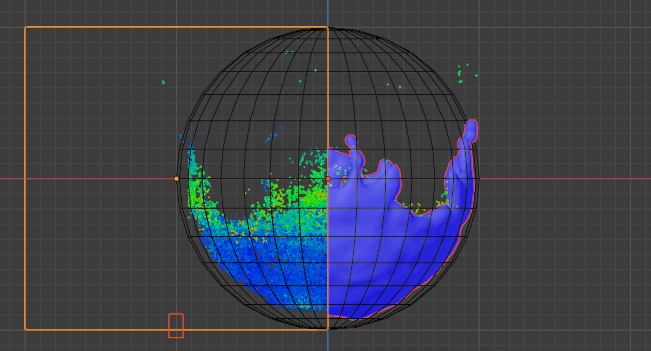 Yes, particles are not affected by Boolean Modifier. 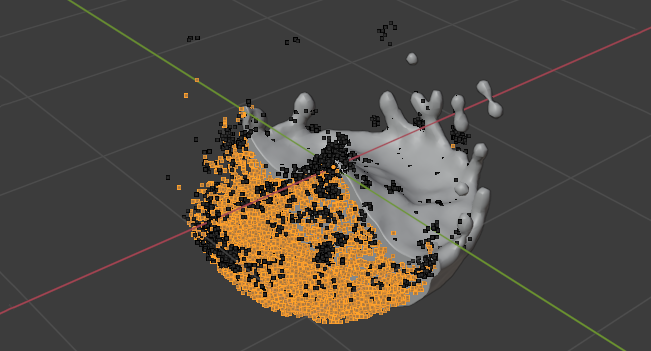 So there does not exist a way to hide a part of released particles. So only way I know is to use Mball as particle and export-import it as Alembic and use Boolean. 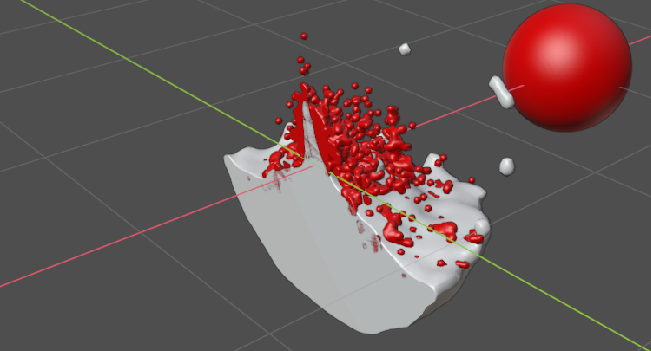 Note: In theory - to exclude some particles from render you can influent particles size by Texture, so classic particle system can do this, but fluid sim particles doesnt have such feature.

Not the answer you're looking for? Browse other questions tagged particles fluid-simulation or ask your own question.

1
Can we make our fluid domain object from a cylinder?

12
How to bake multiple fluid simulations in one scene?
10
How to avoid fluid appearing outside collision objects?
1
Why won't this fluid simulation bake?
1
Fluid simulation - filling up a letter
1
Basic fluid - inflow too small to generate fluid or generated fluid too thick
3
How to parent or constrain baked particles to an object so they follow the object's animation?
0
Blender fluid simulation not working after following step by step guide
1
Why there are black patches visible in fluid simulation?