Alpha over node is including unwanted objects in the image?

In this space animation that I'm working on, I would like to composite a blurry version of the planet into the background to create an atmosphere effect. So far I've added a cryptomatte node to cut out and blur the planet only and added an alpha over node to place the blurred planet on top of the black background. For some reason when I view the alpha over node, it also shows asteroids which are not included in the cryptomatte.

The first image shows the environment layer that is attached to the alpha over node.

The second image shows the blurred cryptomatte image that should be placed over the background.

The third image shows the output of the alpha over node which for some reason includes the asteroids.

Am I missing something or is this a bug? I've tried reopening the scene, and recreating the node setup. An alternative to the cryptomatte would be multiple render layers but for the sake of render time, I would prefer to not go that route. (Using 2.83)

Here is the blend file: io.blend 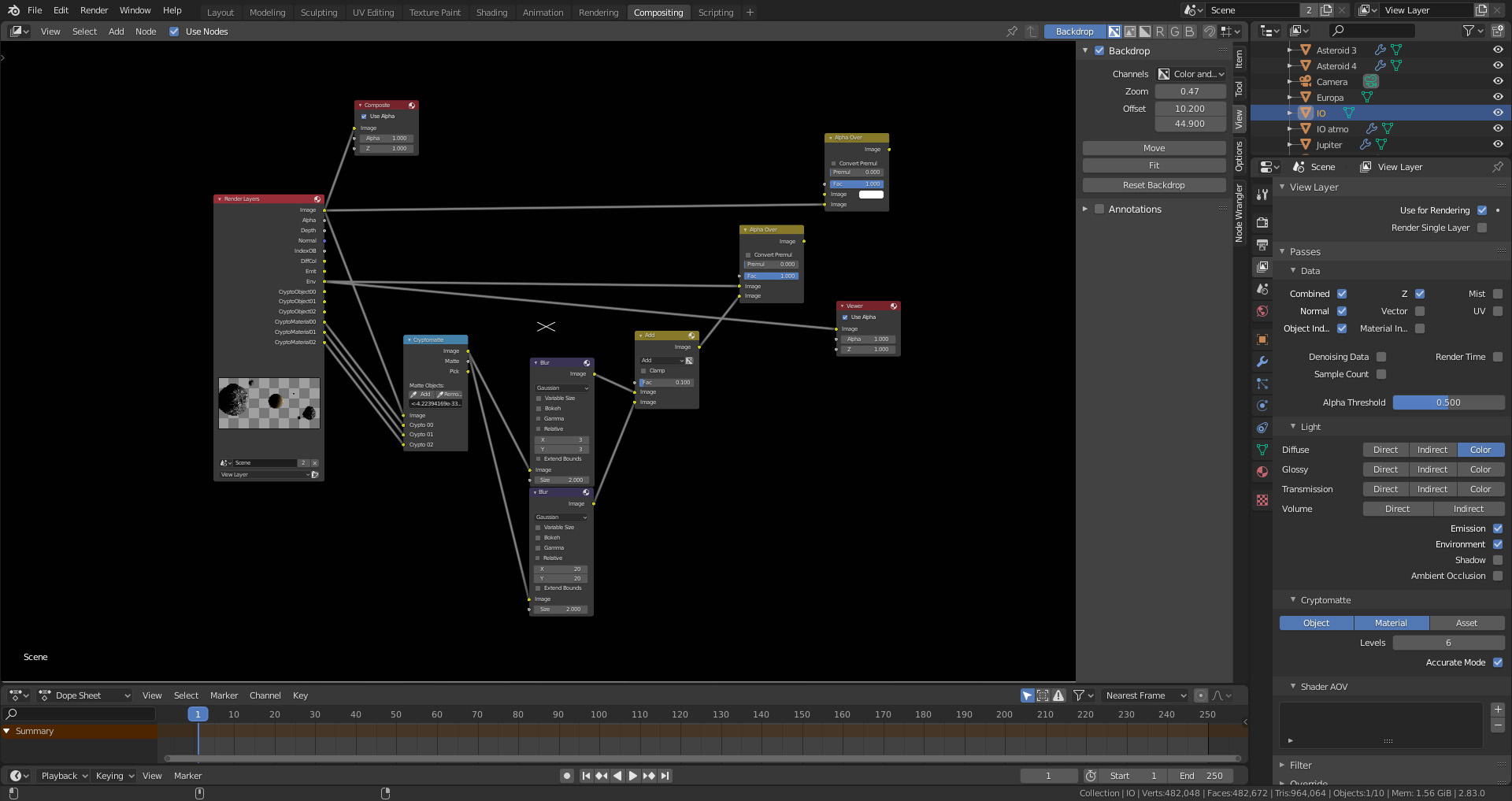 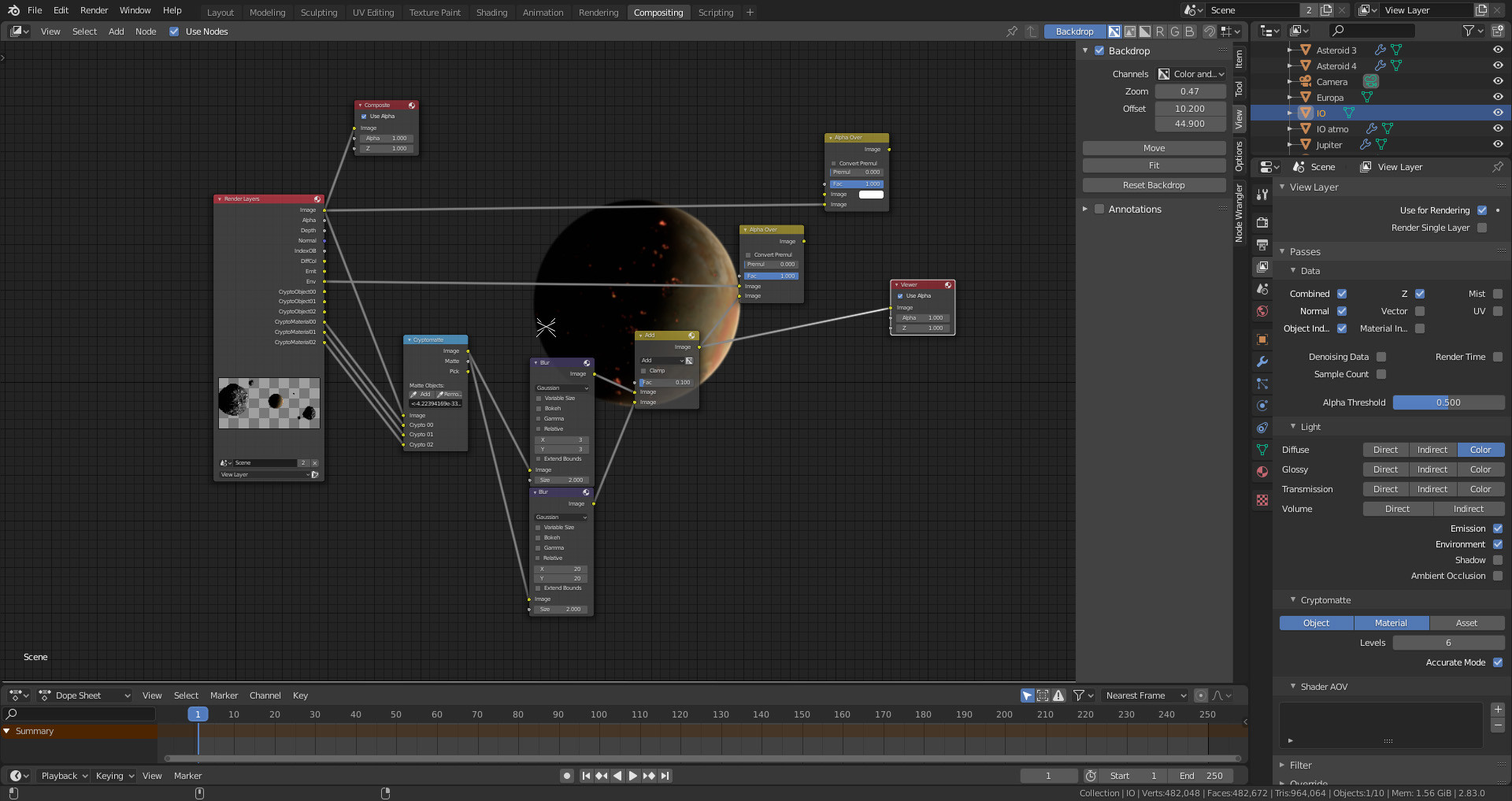 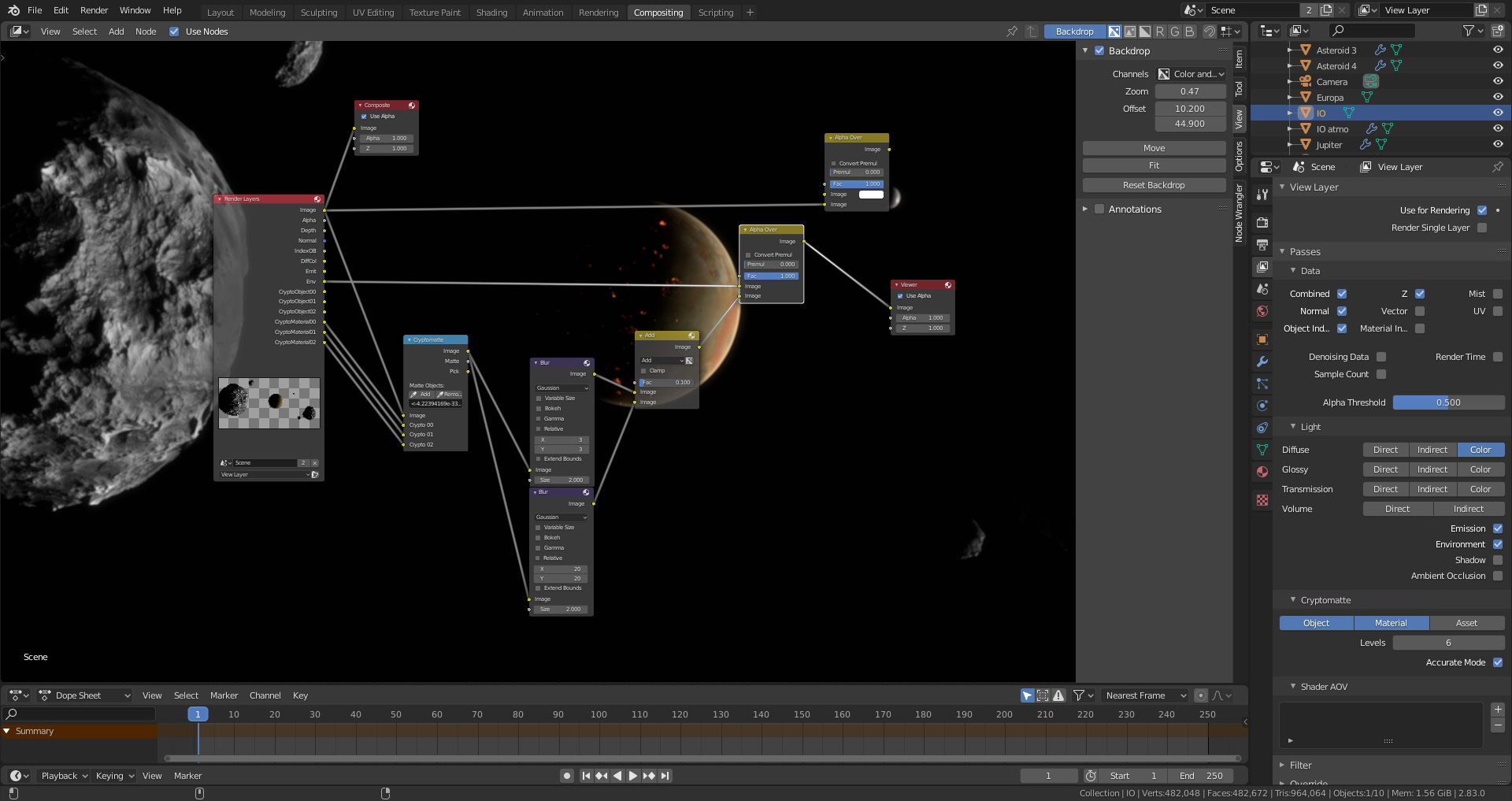 You need to Connect the matte output of the Crytomatte to the Alpha Over Node for it to work as shown in the image. It will get rid of the Asteroids.

As mentioned in the Comments If you set it up like in the Image you can use Cryptomatte. Also I cleaned up the nodes a bit

I ended up using the Z Combine node rather than the Alpha Over Node and it works great! I guess the alpha over node just ignores cryptomatte alpha data?

Not the answer you're looking for? Browse other questions tagged compositor transparency compositing cryptomatte or ask your own question.

3
Removing alpha from PNG image with set alpha node gives pixelated result
4
Keying node in compositor. How can I associate the alpha channel so that it works with the Alpha Over Node?
0
Render a layer only once for all 1800 frames?
4
Compositor's Corner Pin node does something odd to input image
0
alpha over node is adding to the foreground artifact that is not in the background
0
Video editing: weird transparency blending with “Alpha Over”
1
How to circularly fade an image to alpha in compositing?