Something wrong with my tracking markers?

I've been trying really hard to track down some footage (wanted to add a little character right next to the dude) but WHENEVER I try to set the floor for the 3D environment in the composition using three of the many trackers I end up with the camera getting too far from the subject, and rotating in a crazy way. And this happens with all different selections I make with the trackers!

We tried filmming in different locals and positions (even indoors) but we always get to this point where the trackers set to floor simply bug the hell out of the camera. Could anybody help? On the right side of the picture it shows how far it is from the default cube and plane, and you can see by the rotation axis that it is the complete opposite of what it should be. 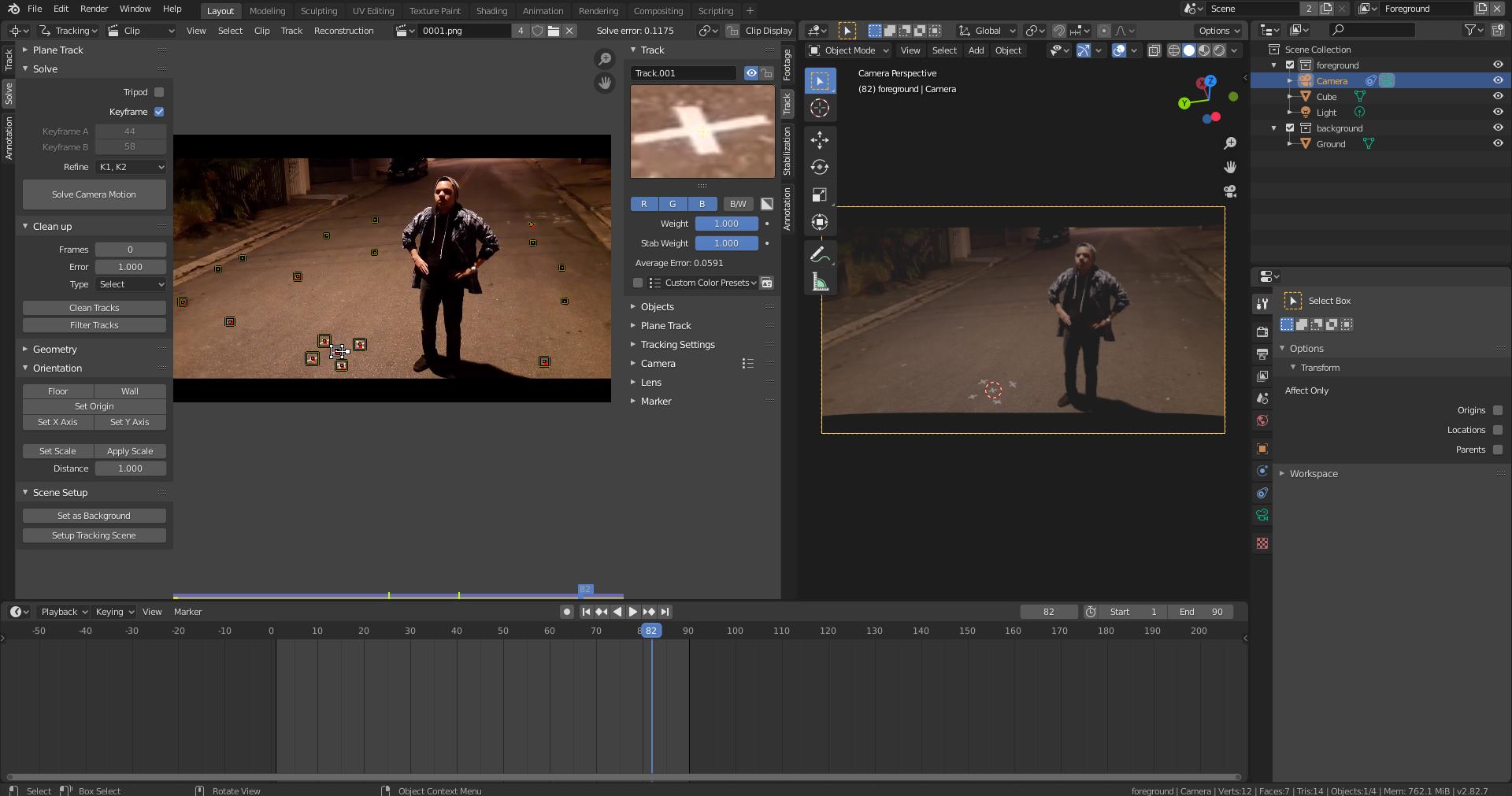 This seems your solve error is fine.

Scene orientation tools can be used for orienting object to bundles.

Floor Use selected three markers to define a floor. Camera will be transformed in a way which makes the selected markers to be flat (have Z = 0).

Wall Similar to the floor orientation, but defines a wall (selected tracks are placed onto OXZ plane).

Set Origin Transform camera in a way which makes active track to be moved to a scene origin. Only translation is applied to the camera.

Set X, Y Axis Transform camera in a way which makes active track to become on X or Y axis. No translation is applied, meaning scene origin which was specified before will be preserved.

Set Scale Scale camera or tracking object in a way which makes distance between two selected tracks match the given value in Distance.

Distance Distance in active scene units which is used by Set/Apply scale.

It is pretty much impossible to help you without seeing the shot you are working with. You don't describe the kind of motion for the camera.

One of the most common errors when using motion tracking is using the incorrect solver for the shot. A camera move in which there is no parallax will not reconstruct 3d information.

Is your shot stationary (or a shot where the camera has no displacement as in a dolly or a gimball or waking with the camera)? If the camera is not moving or only panning or tilting, you can't use the normal camera solver and only tripod solve.

Tripod solve will not yield any 3D reconstruction.

Read the following links to understand in more detail:

and please read the following link:

1
Camera Solving, the trackers in 3D space are inverted
1
Tracking moving points on a reconstructed plane
0
Motion Tracking + MatchMoving — What am I doing wrong?
0
Motion Tracking Tripod with Given Camera Settings
2
Tracking forward/backward camera motion
3
How to solve camera for only part of footage?
1
Why don't my tracking markers stay in position?