Is it possible to render vertices in Blender?

Is it possible to render vertices with materials applied on them?

I subdivided a mesh, and deleted all the faces so only the vertices were left.
I could theoretically apply cool effects on them (I think it could be useful in motion graphics), but I could not apply materials on them or paint them in vertex paint mode.

I'm new to blender and i might do something wrong though. I would appreciate any help, thanks.

Why do I need it:
I've tried to replicate some of the trapcodes particle effects, but it was kind of hard to do this with Blender particles, which are really great by the way.

it might has something to do with my lack of experience - anyway I couldn't do it. And I think since blender is 3D software in the first place it could have some other ways to do it.

You can use DupliVerts to achieve an effect like this. Compared to other methods for rendering vertices, DupliVerts are going to give you by far the most control over materials, though the procedure for using them is slightly more complicated. They also have the advantage of working regardless of which render engine you are using.

To use DupliVerts to render vertices, follow these steps:

Now you will a copy of your sphere positioned at every vertex of your target object. You can now choose which materials to use for each of the objects. If you want to render only the vertices, then assign a Transparent material to the target object, and a visible material to the dupliverts.

My result, using DupliVerts on an Icosphere with and orange diffuse material in Cycles: 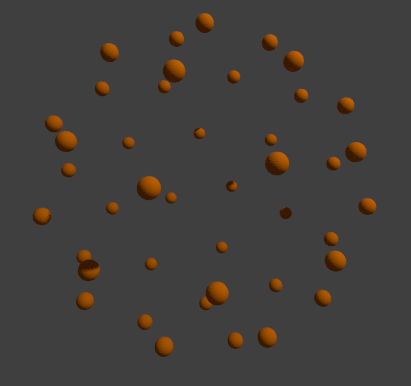 Check out the following Github repository for example code: https://github.com/SBCV/Blender-Import-Point-Cloud-Addon

You can use a particle system to render the vertices. I found that this is less memory/computational expensive than using DupliVerts. (A single material can be used to colorize all particles/vertices)

You need two different blender objects for this method (One object with vertices you want to render, one object used for representing the vertices (in this example a cube))

See the settings of the particle system as shown in the image below. (Adjust the emission number as well as the hair length according to your needs.) 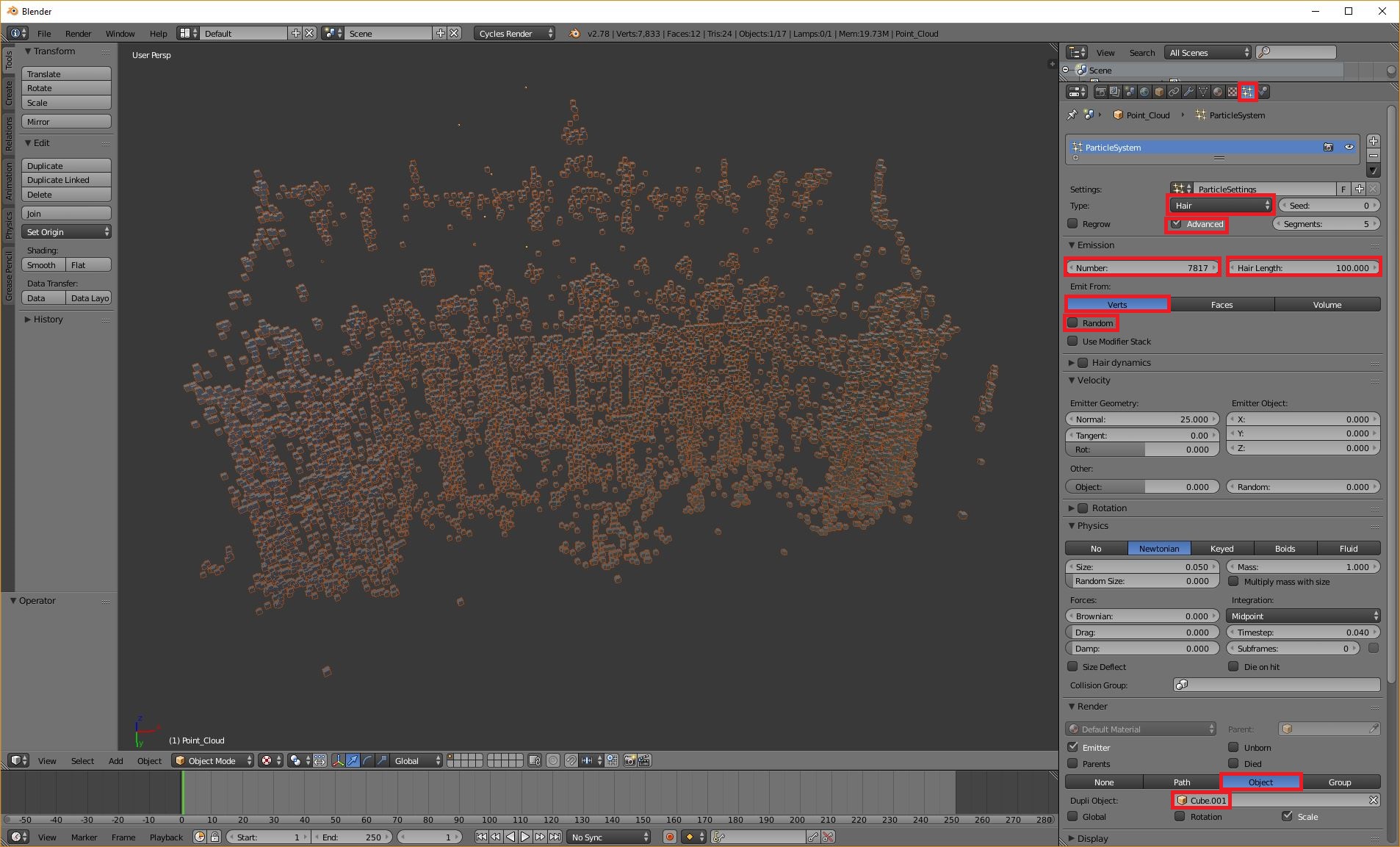 To colorize the different vertices set the material of the cube as follows:

The image texture node points to a texture which has a dimension of (number_vertices, 1). Each pixel defines the color for a specific vertex.

Here is an excerpt of the code I used to generate the corresponding texture image. 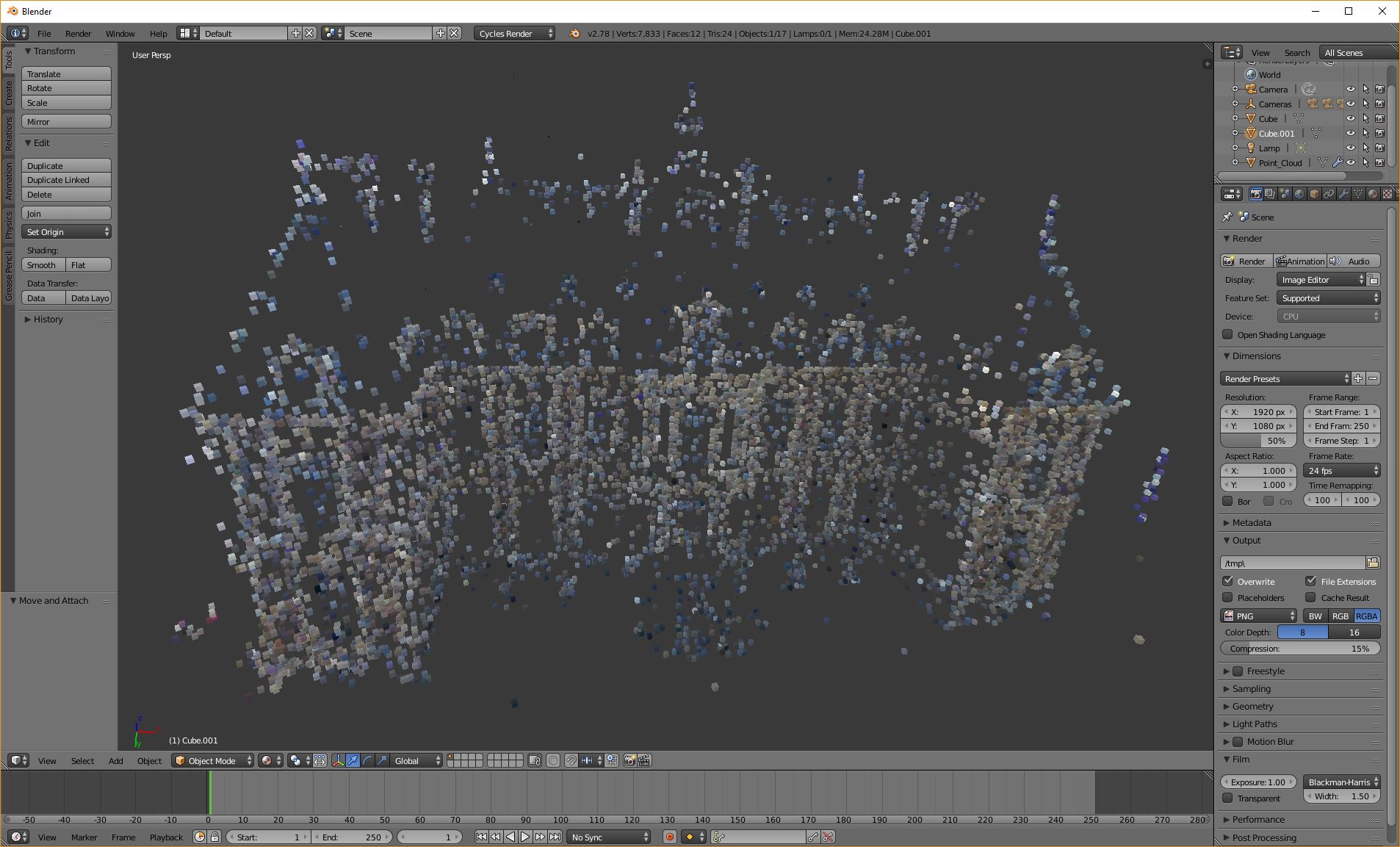 I'm not 100% sure what you are looking for, but you can have vertices rendered using a halo material: 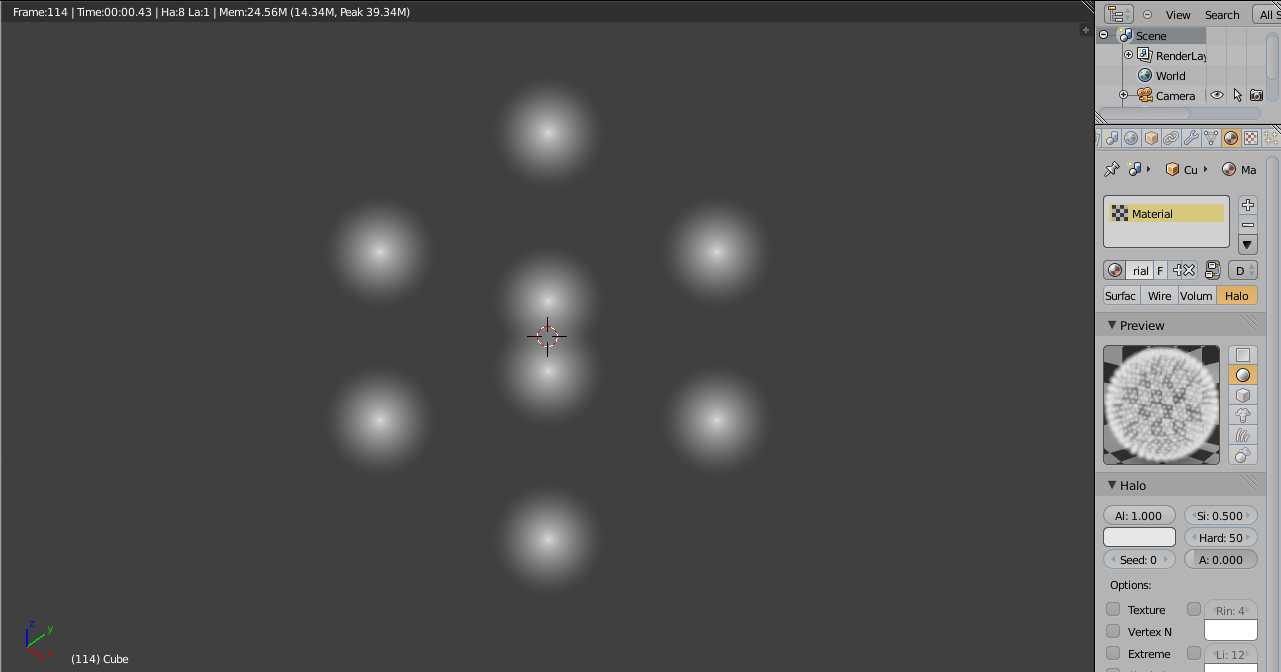 This only works with the internal renderer at this time as far as I'm aware (possibly may work with Yafaray but I haven't tested that).

Not the answer you're looking for? Browse other questions tagged rendering materials vertices particles or ask your own question.

0
How to serialize simple materials?
0
blender running so slow i can take a nap when clicking a menu
1
Unselected vertices are moving along, and my proportional editing is off
0
Why are my vertices all disconnected?