How can I use the vertex groups of an emitter to control the material of the particles?

My use case: I'm using ANT Landscape and the Landscape Tools add-on to generate a landscape with vertex groups pre-assigned for erosion, deposit, water etc. (Landscape Tools does this for you).

I'm then happily using those vertex groups to control the length and density of grass with a particle system.

However it would be cool if I could use the same vertex groups to control the particles' texture, so that the grass turns more yellow where the water vertex group of the emitter has low values.

Any ideas how to achieve this?

[edit] There is a proper solution which I'll add as a separate answer, but since this technique is different enough to have its own uses (like if you want different grass models at the edges) I'll leave it here.

After digging around for a while, it looks like this is not possible. The closest I got was an OSL script using traceset to find the value, but it turns out that Blender OSL doesn't implement traceset.

I did come up with a workaround that more or less does what I want:

Downside is the texture doesn't "blend" from one region to another, but at least I can get dry grass where I want it. 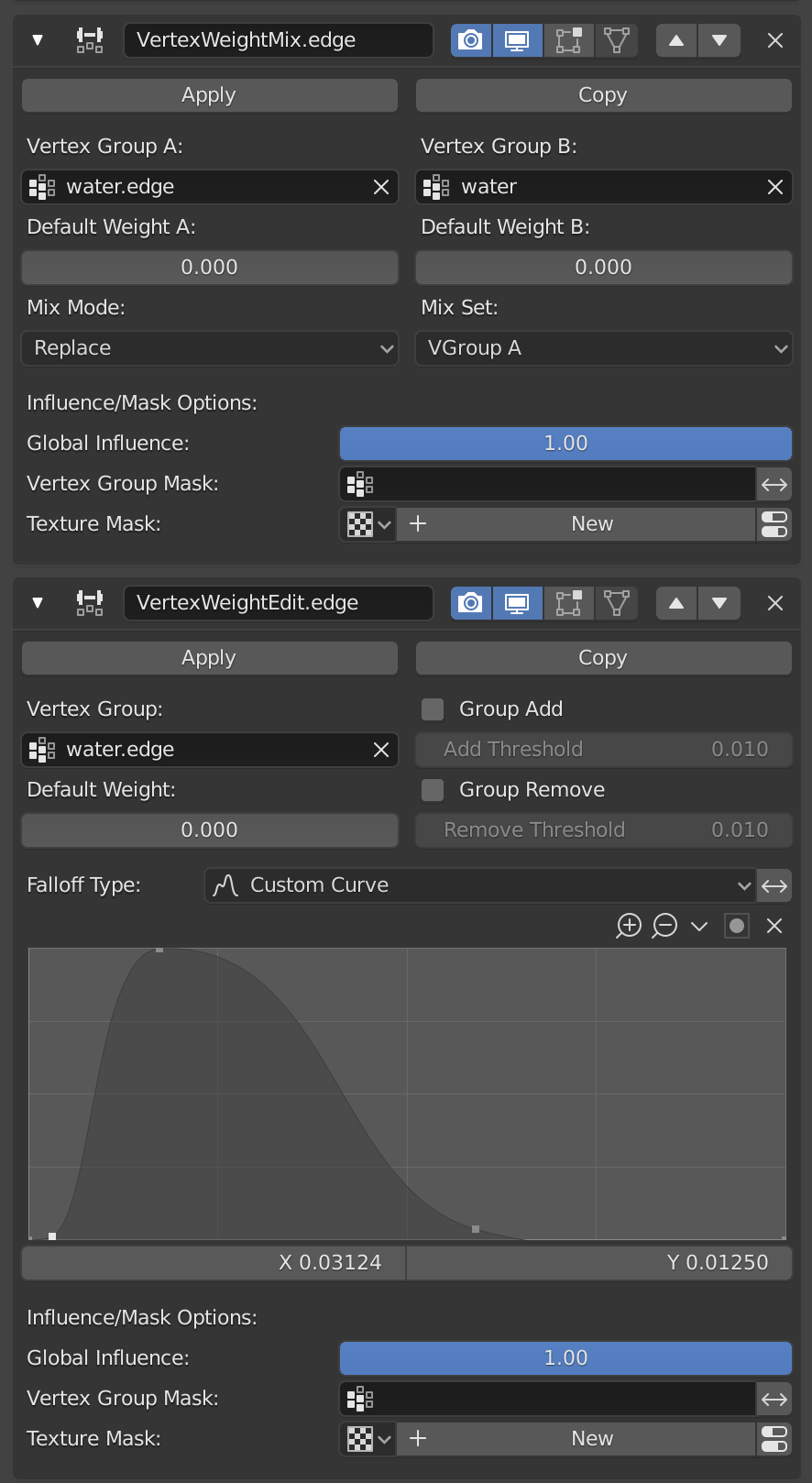 Big thanks to Robin Betts for pointing the way.

A solution, using the UV Warp Modifier as suggested by @Nathan here.

In creating a demo scene to test this in isolation, I had trouble getting it to work. It was useful to temporarily add the same uv map setup to the emitter itself (but uncheck "from instancer") and send the color ramp output straight to the output shader. That allows checking the modifier is working without the particles. I ended up having to swap the To and From empties in the UV Warp modifier, but oddly just swapping their locations didn't fix it. TL;DR persevere if it's not working.

4
How do I use dynamic paint to control hair density?
1
How can I add a second texture apart from the one I'm using with displacement modifier?
2
Increase Intensity of Vertex Group
1
Placing different types of Grass
1
Particle Instance Modifier ignoring Length
1
How to distribute objects ONLY on vertex groups in geometry nodes?
3
How to use a wetmap to distribute particles (how to distribute plants where moisture collects)