I have 3 mesh planes.

These 3 planes are places on top of each other.

When I bake, transparent pixels of A will always appear as black in C which is wrong!

How to bake it correctly? The result should be similar to the A+B image.

In real case, the objects are more complex than this, and I use shrinkwarp for A(decal) on B.

I prefer to not use any paid add-on.
I don't mind coding Python myself.

I think this is not directly possible.

Though, a workaround is to use an intermediate surface which is glass, combined with emission (as this setting darkens the surfaces).

Then, bake (transmission) from it to the target plane. 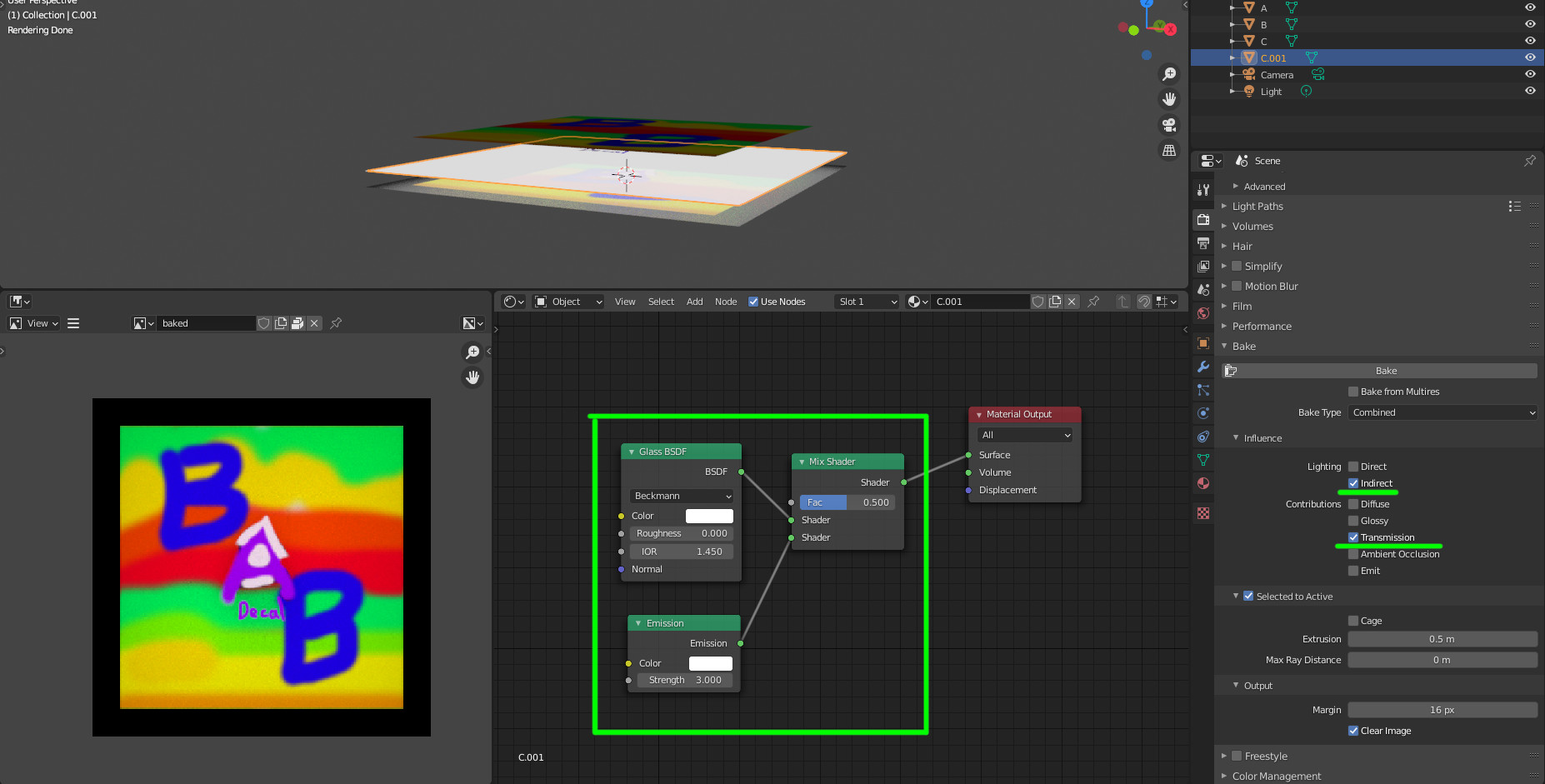 A and B are inverted from initial setting

As (poor) explanation, my hypothesis about why it works is here:

The transparent BSDF shader is given special treatment. When a ray passes through it, light passes straight on, as if there was no geometry there. The ray type does not change when passing through a transparent BSDF.

Note that, while semantically the ray passes through as if no geometry was hit, rendering performance is affected as each transparency step requires executing the shader and tracing a ray.

So (maybe), from the raycast point of view (actual or calculated baking cage) the A surface keeps the ray black whilst going through it, except for the rays it diffuses itself.

Is it a bug or unmanaged situation, I don't know.

As opposite, the glass surface receives and keeps actual rays and can transmit them.

Additionnally, we could except that a setting where A is alpha driven mix between glass and diffuse should work (in the initial A on B on C case) but it does not.

Note: edited also because I was wrong thinking changing "film" parameters was needed.