I am building a vault for a project for work. I finished and was ready to render, but, when I looked at the first frame of the render I realized that the anisotropic shader no longer had radial blur. That is the part of the material that makes it look the most metallic, which is what I need.

When I create new objects, my material works as expected. How can I get my anisotropic material to go back to the way it was before?

This is what I want: 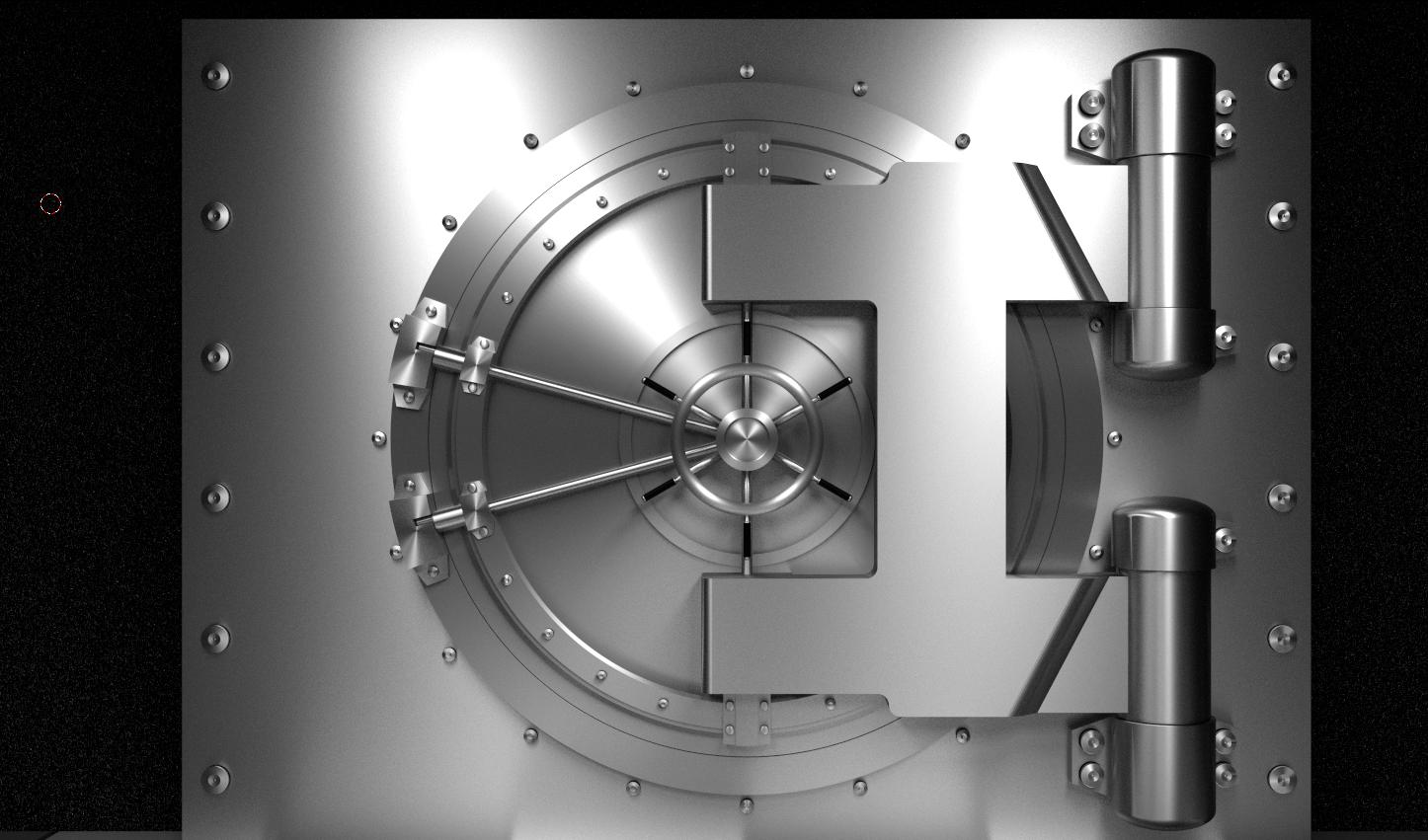 This is what it looks like now (which is NOT what I want): 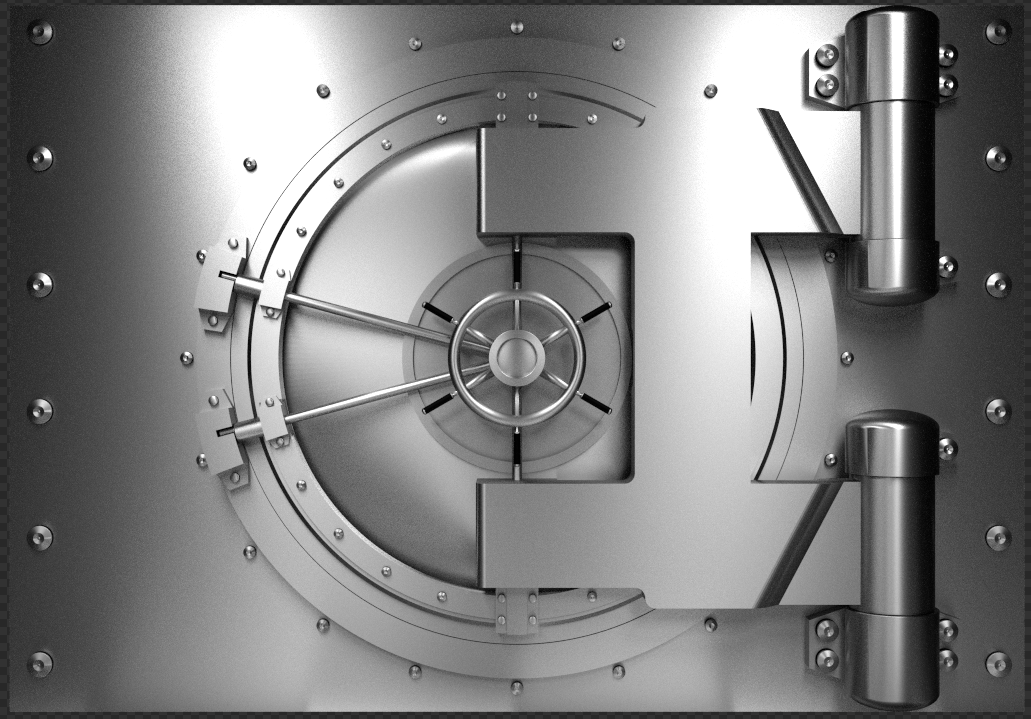 Anyway. I am trying to get the radial blur back, and get it centered.

UPDATE: Here is a .blend with a part of the vault, which exhibits the problem I have described.

Here is a screen shot of the material node: 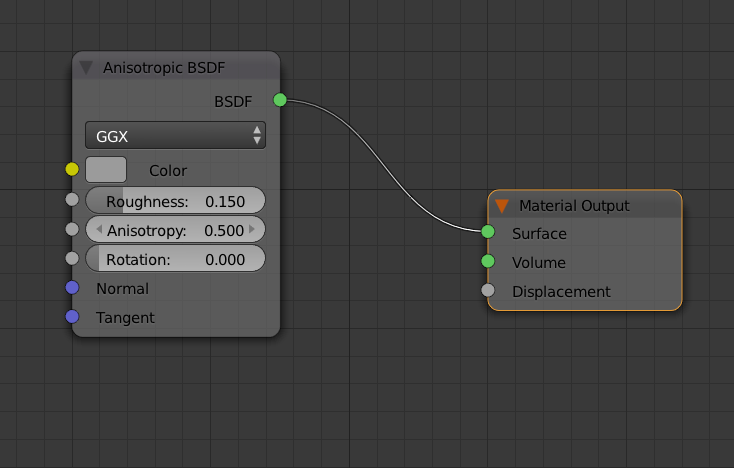 Try defining an axis for the tangent input with a tangent node: 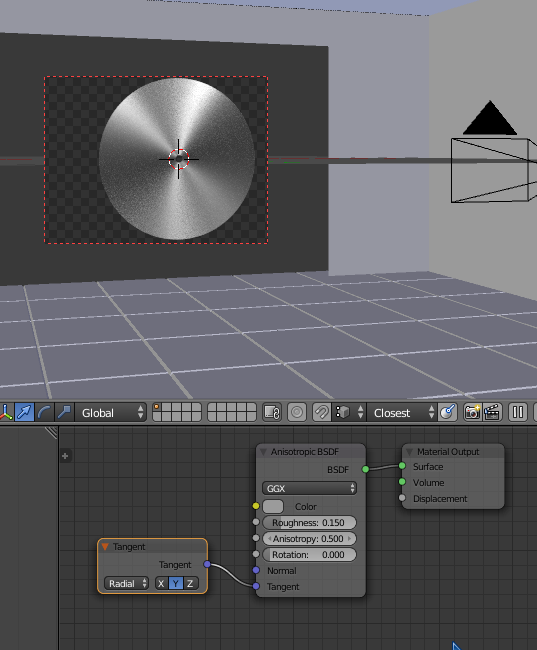 In other words, for the effect in your first screenshot, it should be the axis perpendicular with the flat front of the object.

For example, if you rotate the object -90° in edit mode then rotate it back 90° in object mode so that the object's local Z points out from the center of the disk: 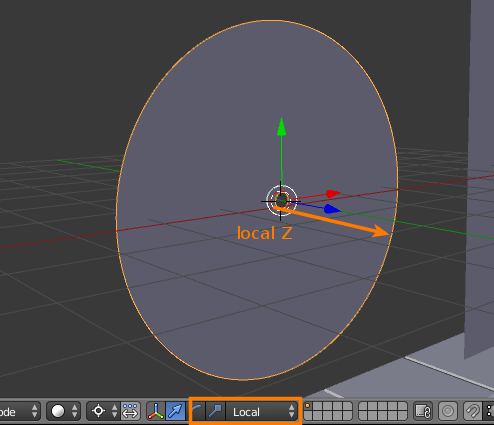 Then it will work with the default tangent: 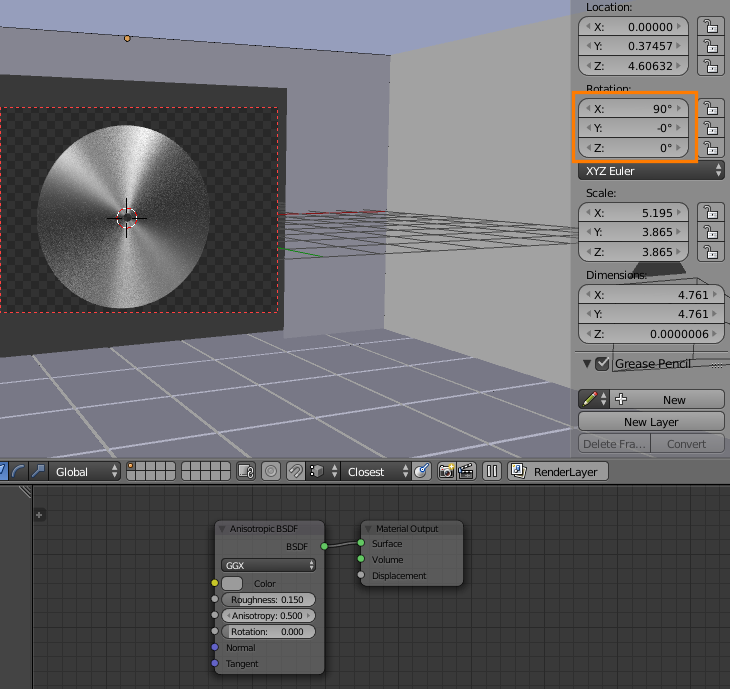 Not the answer you're looking for? Browse other questions tagged rendering cycles-render-engine materials node-editor or ask your own question.

8
Move center of radial anisotropic to center of object
5
How do I get anisotropy to work in 2.72?
2
Strange lines appearing when render Anisotropic BSDF

10
Make "gaussian laser beam" (object with variable radial emission profile)
2
Planet surface material recreation
1
my material or shader Node on the top right bar is gone how do i get it back?
2
How do I use the node editor for material?
0
How to set the newly added material to an object as "active" (or selected) material
1
Anisotropic shader not working with new file
2
How do i get a specky looking metal through material nodes
3
radial gradient not working as expected