I'm pretty new to Blender and just started to learn how to rig characters.

I'm using Auto-Rig Pro 3.5 with Blender 2.83 to rig a character originating from DAZ Studio. I imported it as a .obj mesh to learn UV mapping and how to rig characters in Blender.

Initially, the binding fails when doing it as is. I went through the ARP FAQ (http://www.lucky3d.fr/auto-rig-pro/doc/faq.html) and tried both recalculating the normals and removing the doubles (approx 600 vertices removed). After that, the binding works, but the character's mouth ends up welded shut at least from a few locations. It clearly shows when I move the jaw bone, and parts of the upper lip follow the jaw bone. 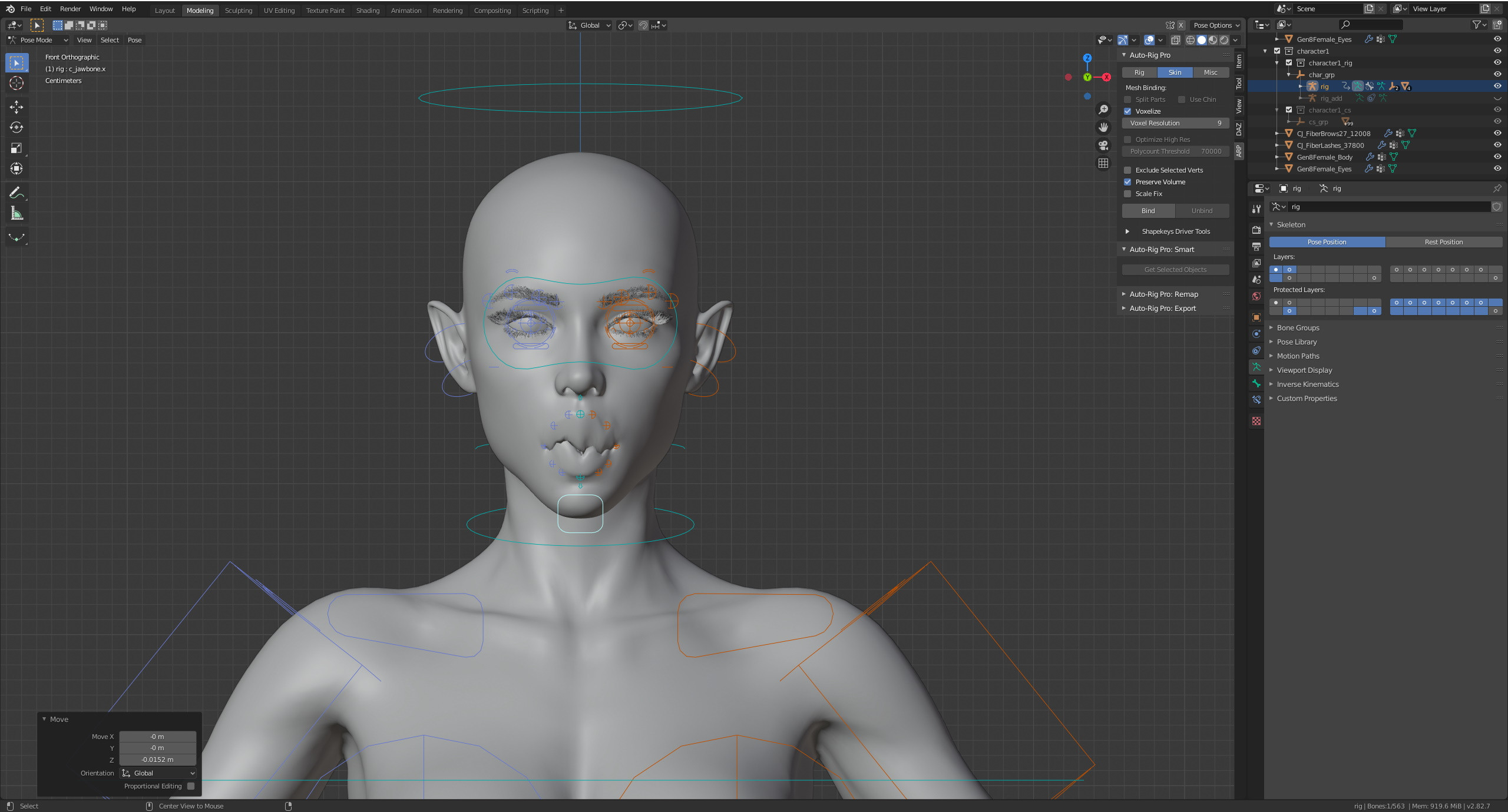 I'm suspecting that the removing doubles (Vertex->Merge Vertices->By Distance) might the culprit. But as I understand it, the command should not merge vertices if they are on two different surfaces(?). I've checked that the mesh is appropriately open between the lips, at least initially. Or is the APR's binding or weight painting just failing some other way in this case?

EDIT: I tried to reproduce the results for another screenshot showing the ARP settings, for the comment asking for one, but had problems doing it. I reasoned that I must have also selected the Voxelize after removing the doubles. So it is the Voxelize option that is causing the mouth to misbehave. And the mesh doesn't bind at all without the Voxelize option selected. I have some ideas about why it happens and how to fix it, but all tips are still welcome.

EDIT2: I think the reason why things do not work so well, is that DAZ uses cm units and I rescaled the model down to 1:100 size imported to keep physical units correct. I scaled x20, reskinned, and scaled x0.05. That helped. After that, only the teeth and gums acted up. I guess that is just the downside of using Voxelize and needs to be fixed manually in any case. Already did that, but probably didn't do it the most straightforward way :).

Browse other questions tagged vertices auto-rig-pro or ask your own question.