I am a newbie with Blender (Version 2.83) on Windows 10. I want to do one simple job: import a SVG file and scale it in Blender. I downloaded a football image in SVG file format, its name is like: C:\Temp\Brzauca01.svg Now, I open Blender 2.83 and delete the default image, then I import the football SVG file, but I can't see it from Blender. So I tried the following to scale the SVG image. I typed S, then 5 trying to make it as 5 times as its original size, but I can't see any visual effect. You can see the Blender IDE after I imported SVG file and after I typed S, 5 By the way, another picture you can see that I can use InkScape 1.0 to show the Brzauca01.svg, it is a football image in SVG format. Please advice what I should do to show the visual effect for scaling a SVG file.Blender IDE show SVG file after scale 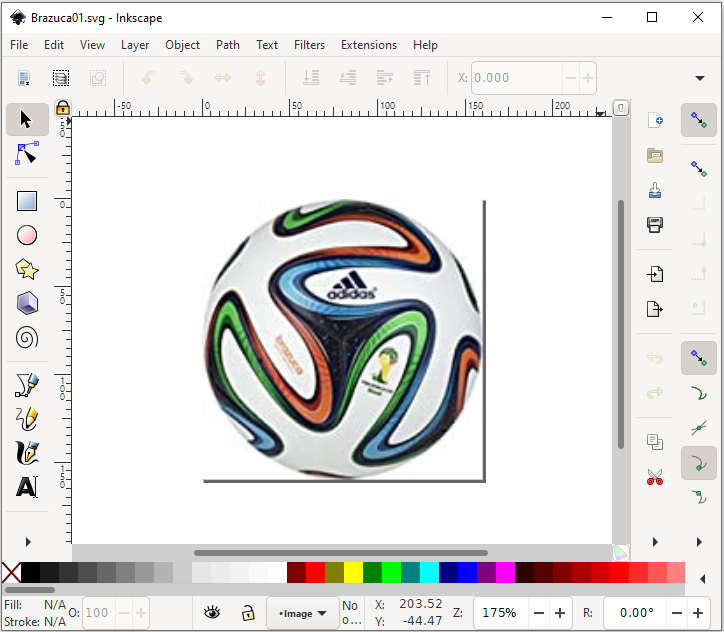 Browse other questions tagged svg or ask your own question.

31
Why can't I import a SVG file from Adobe Illustrator or Inkscape?